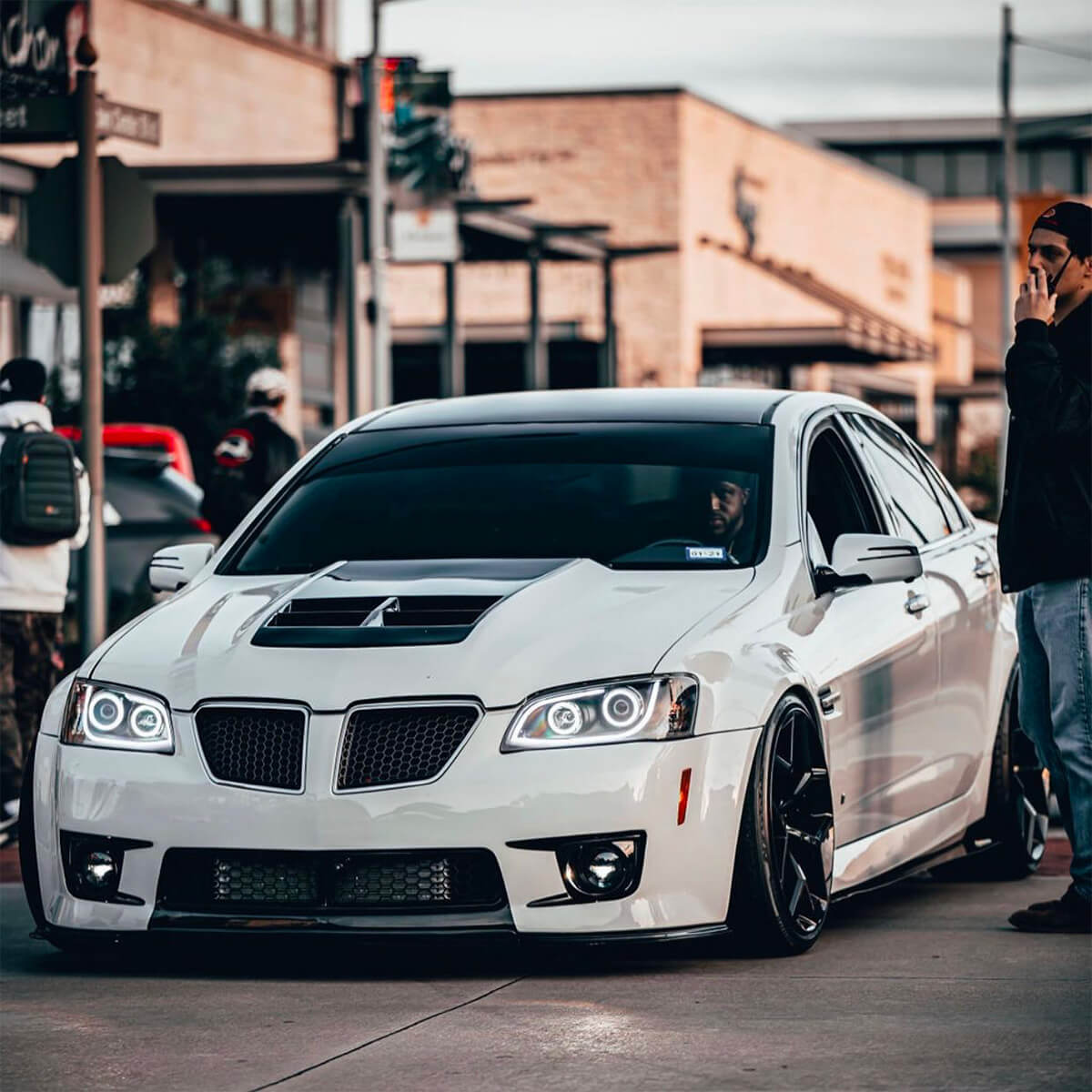 Our new feature is dedicated to another sick GM muscle car from the late 2000s that made 4-door sedans fun long before the Hellcat arrival. Being produced between 2007 and 2009, a Pontiac G8 became the last performance sedan of this iconic car brand before it was discontinued by GM.

Despite the limited sales numbers, this model became pretty popular among the performance car fans who needed the power of a V8 muscle car and the convenience of a 4-door sedan. 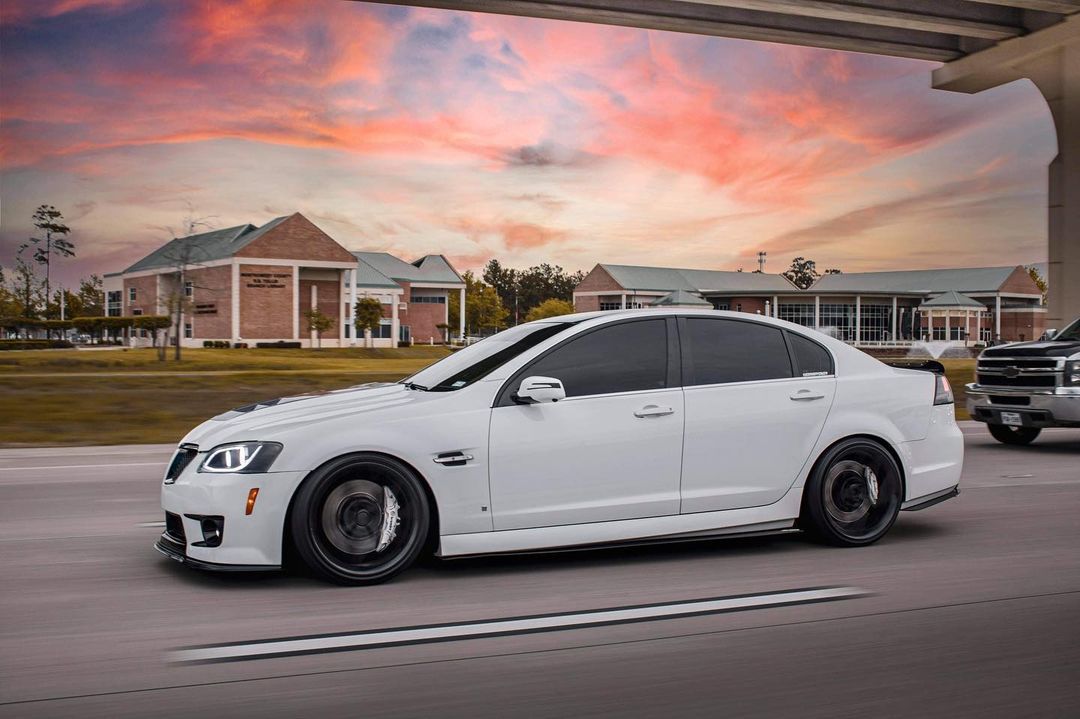 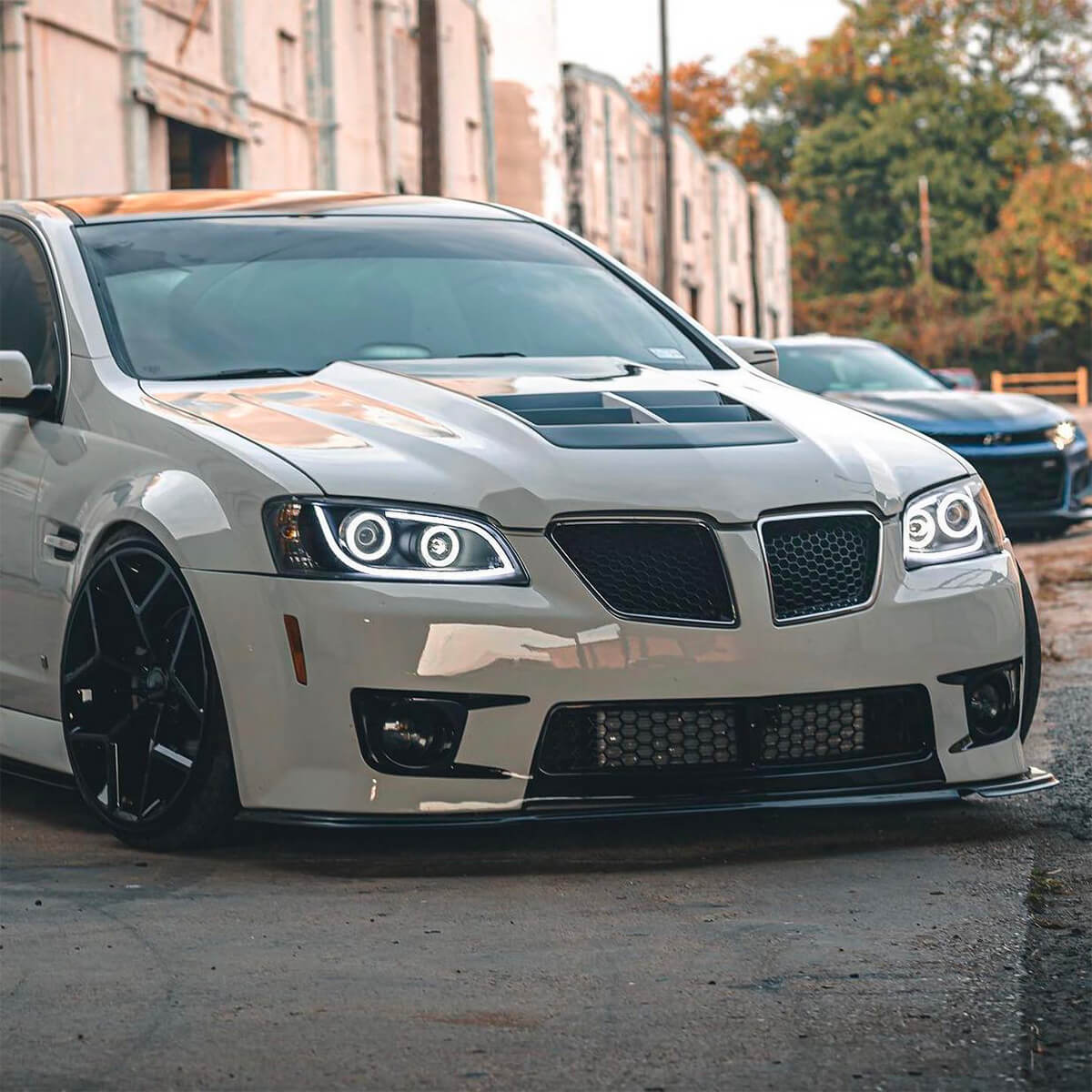 Unlike the Pontiac nameplate, the car itself has an Australian descent and shares the body and motors with Holden Commodore. It was produced by the Australian division of General Motors and imported into the US by sea, and has everything that we love and appreciate about the good old American muscle cars. 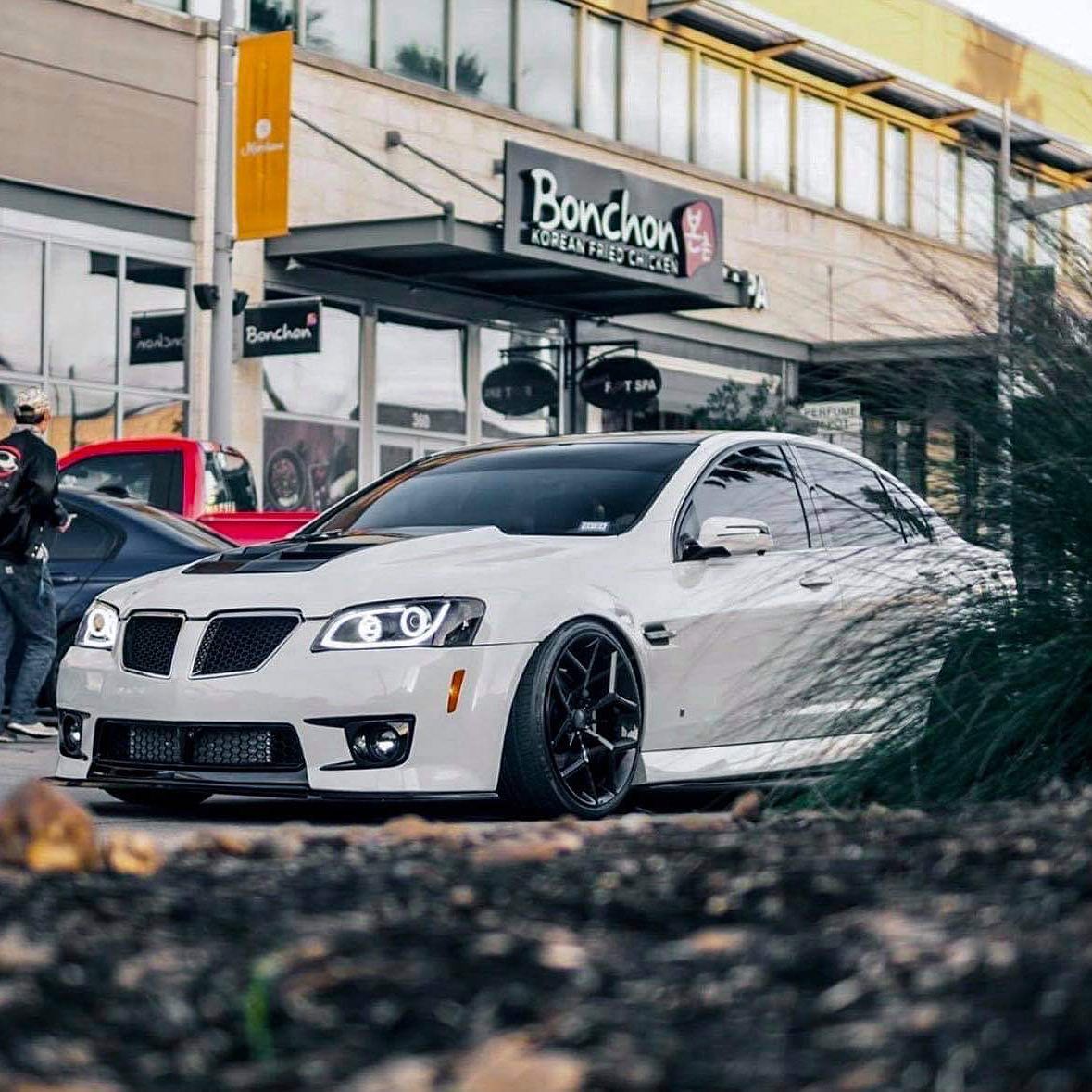 The G8 GT version was equipped with a 6.0L Generation IV L76 V8 engine and 6-speed 6L80 automatic transmission to provide plenty of torque to the rear wheels. Even though it provided pretty good performance in the stock form, the owner decided to enhance it with further performance upgrades (see specs for more information).

“This clean white Pontiac G8 GT is owned and modified by Channon Spencer who was kind enough to tell us a few words about the mods and share his impressive spec list.” 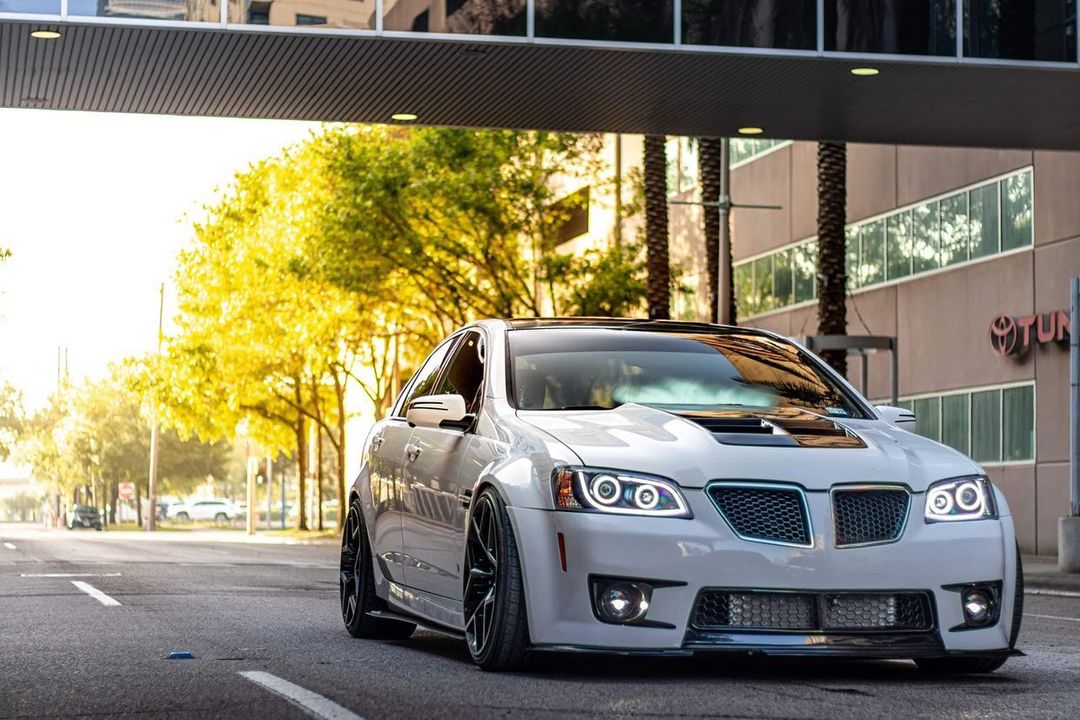 On the back, Channon decided to install a stylish wicker bill spoiler by Automotive Aerodynamics and SAVAG8 DESIGNS rear diffusers, handmade from aircraft-grade aluminum. 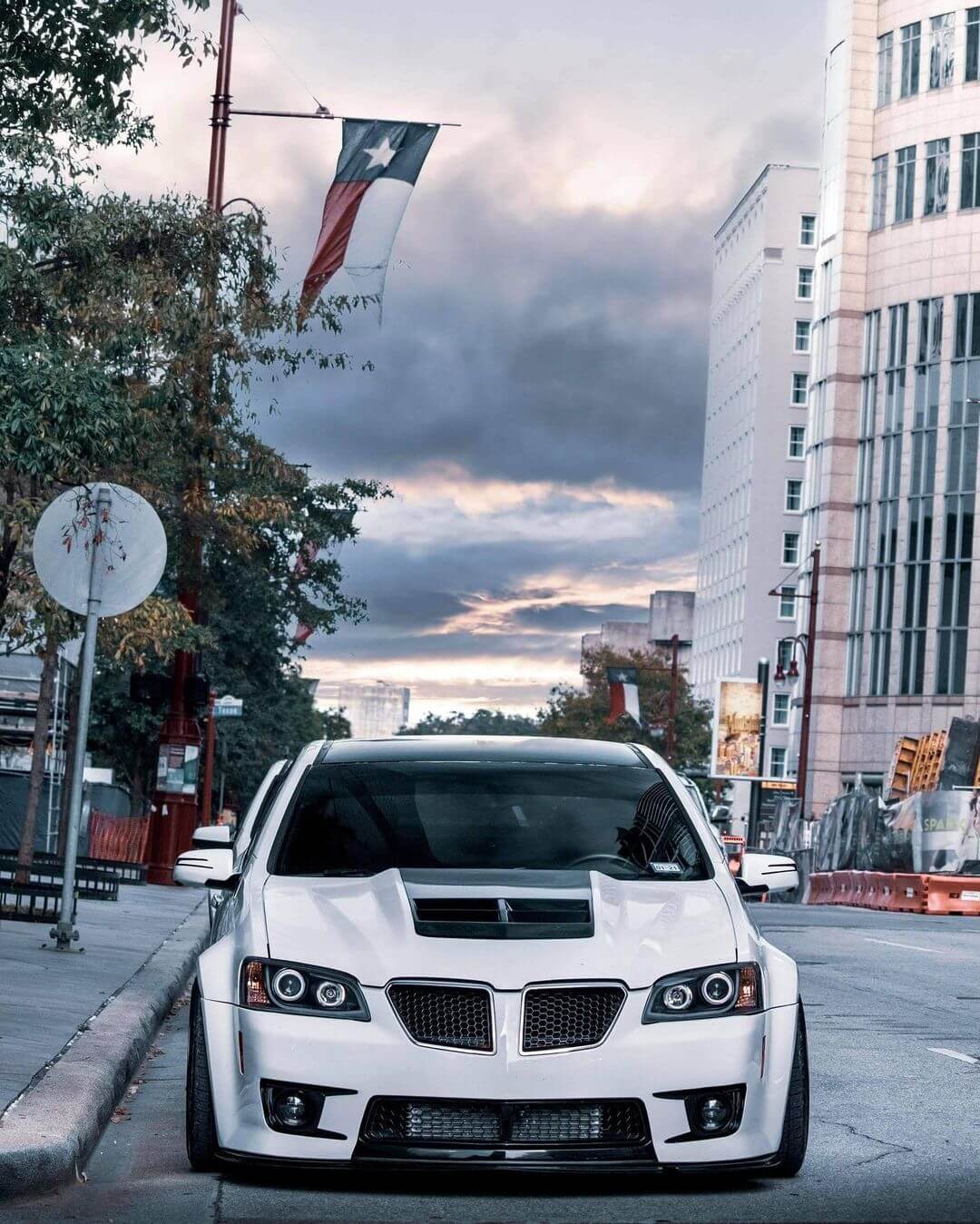 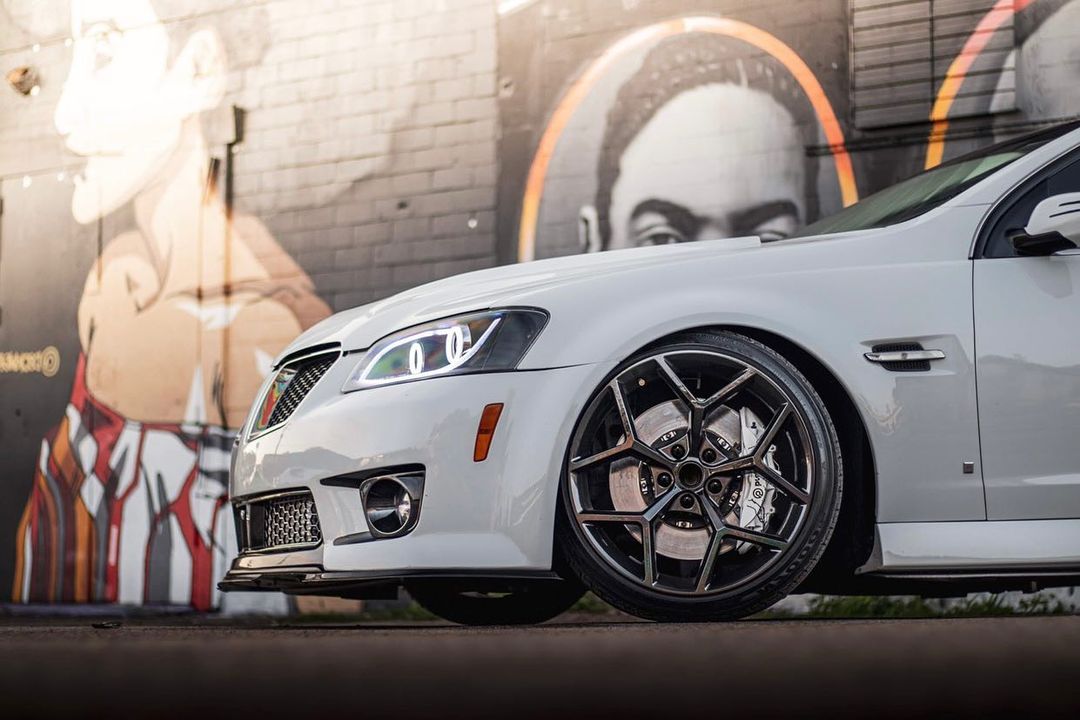 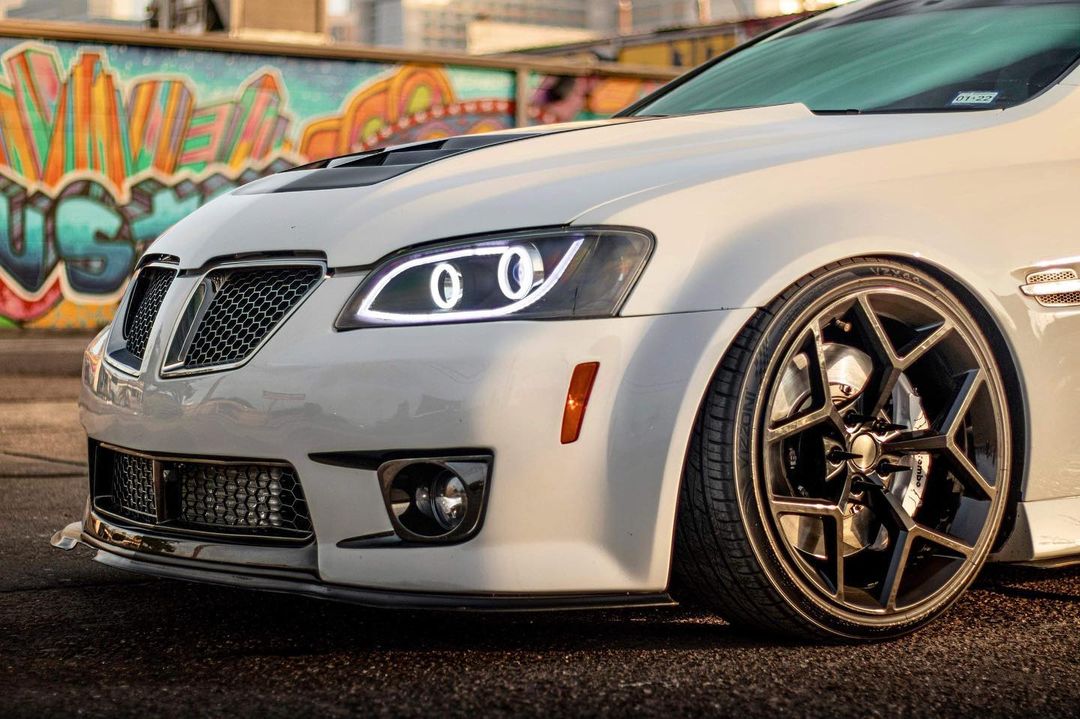 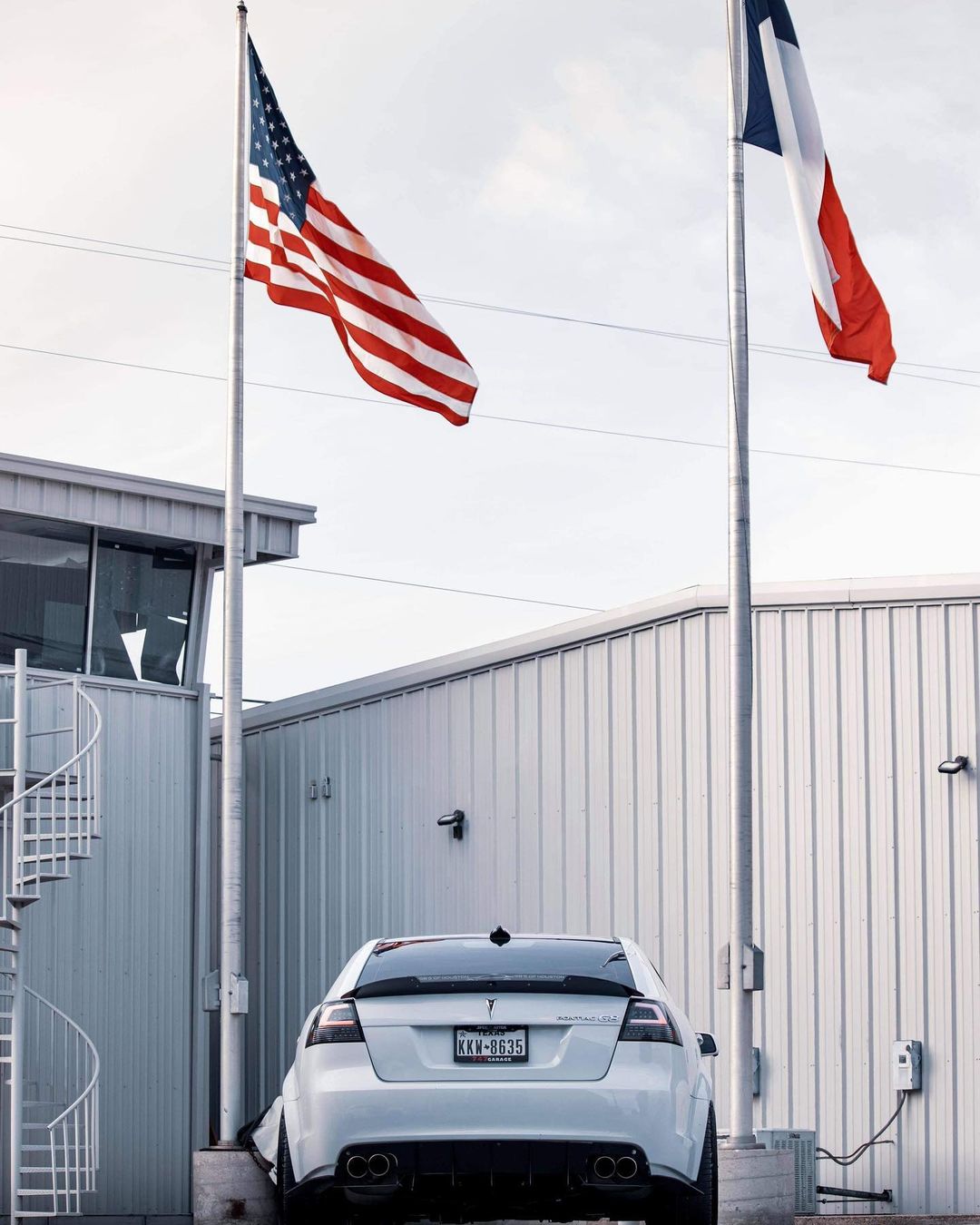 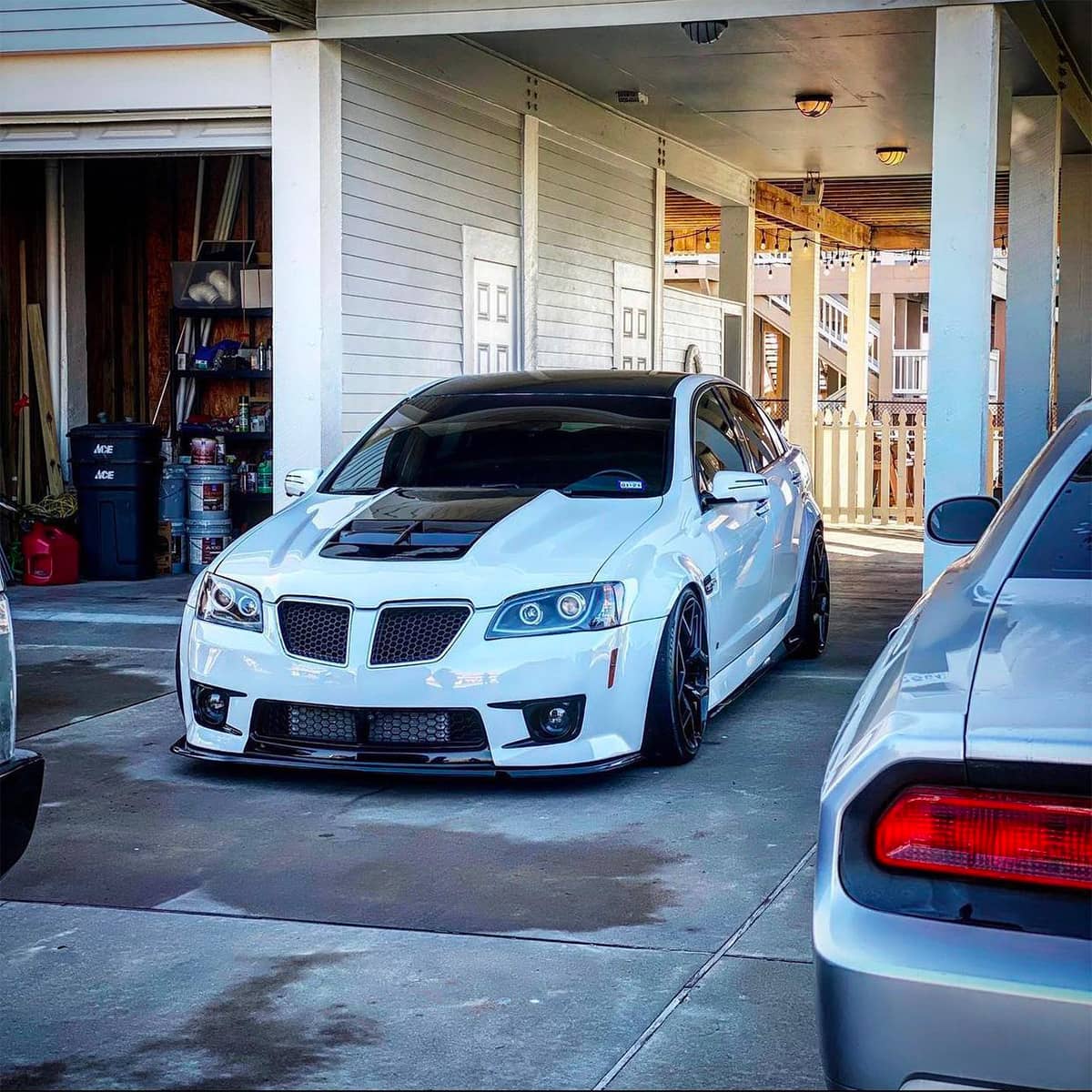 Watch the progress and find out more about this Pontiac G8 project by visiting the Instagram profile of the owner: @ghostg8gt!