The Chevy SS (also known as the Holden Commodore) is a 4-door muscle car that was in production for just a bit more than 4 years. Despite having a sleeper appearance, the model can blow your mind with its incredible performance – you’ll immediately spot the difference from the regular version when the engine started.

The Australian Commodore employed a range of robust powertrains with the entry-level one being a 3.0 L V6 good for 248 hp and the top-of-the-line 6.2 L LS3 V8 capable of generating 408 hp which was available on American Chevy SS models. Performance delivered by these power units is outstanding and leaves a lot of room for improvement.

We were lucky enough to get in touch with one of the SS owners – Michael Olivares, from Bakersfield California, who was kind to tell us about his car and all the modifications made to it. The car has only 21 thousand miles on the clock because it’s naturally used as a weekend ride and is the third vehicle for Michael. It came from a factory with 415 horses but now has over 700whp thanks to a 416ci stroker coupled with an LSA supercharger. It’s got a flex-fuel set up so the owner can get the performance of higher octane E85 when needed and the convenience of 91 octane if traveling long distance. The engine also can run on flex-fuel, giving the opportunity to choose the fuel according to the particular needs.

“it came from a factory with 415 horses but now has over 700whp thanks to a 416ci stroker coupled with an LSA supercharger.” 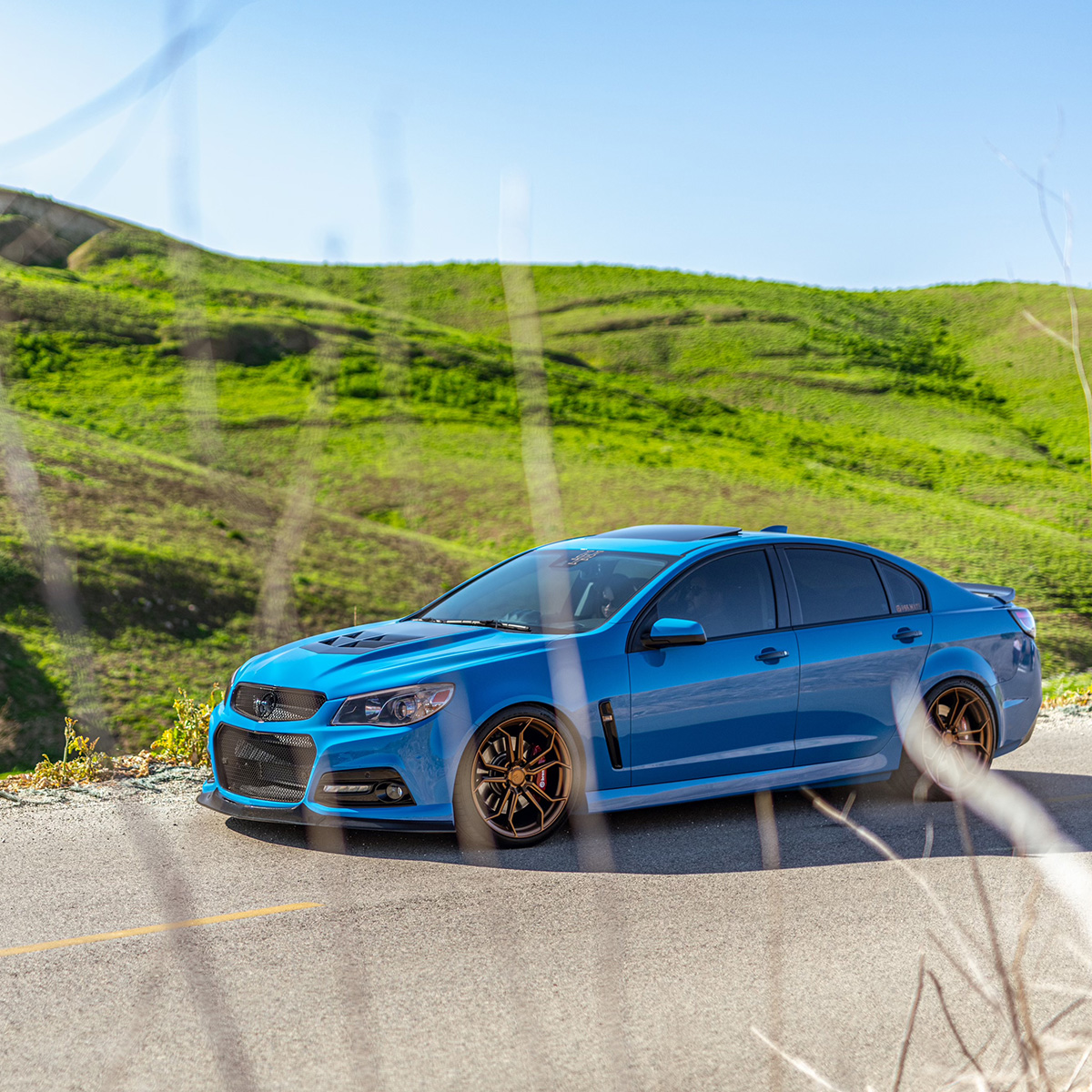 To emphasize this impressive boost in performance, Michael added a range of exterior upgrades. The car rides on 20” AG wheels and is lowered down on Kings SSSl springs. The most notable exterior upgrade is of course Inozotek laguna blue wrap which easily separates the SS from the masses even from a mile away. In addition, there is a lip spoiler in front and Maverick Man spoiler in the rear. The front end also features a distinctive Race Mesh grille and the Blits vented hood. On the other hand, the interior underwent almost no modifications, with the only exception being an airbag change.

– I was always into euro cars, particularly BMW. I then purchased a Cadillac ATS-V and feel I. Love with GM’s chassis dynamics. I felt they outdid bmw at their own game. I had always liked the conservative styling of the Pontiac g8 so when I heard the updates platform was coming back as a Chevy I was interested. I ended up finding this low mileage 7k miles for good prices and picked it up. Was bone stock when I got it. 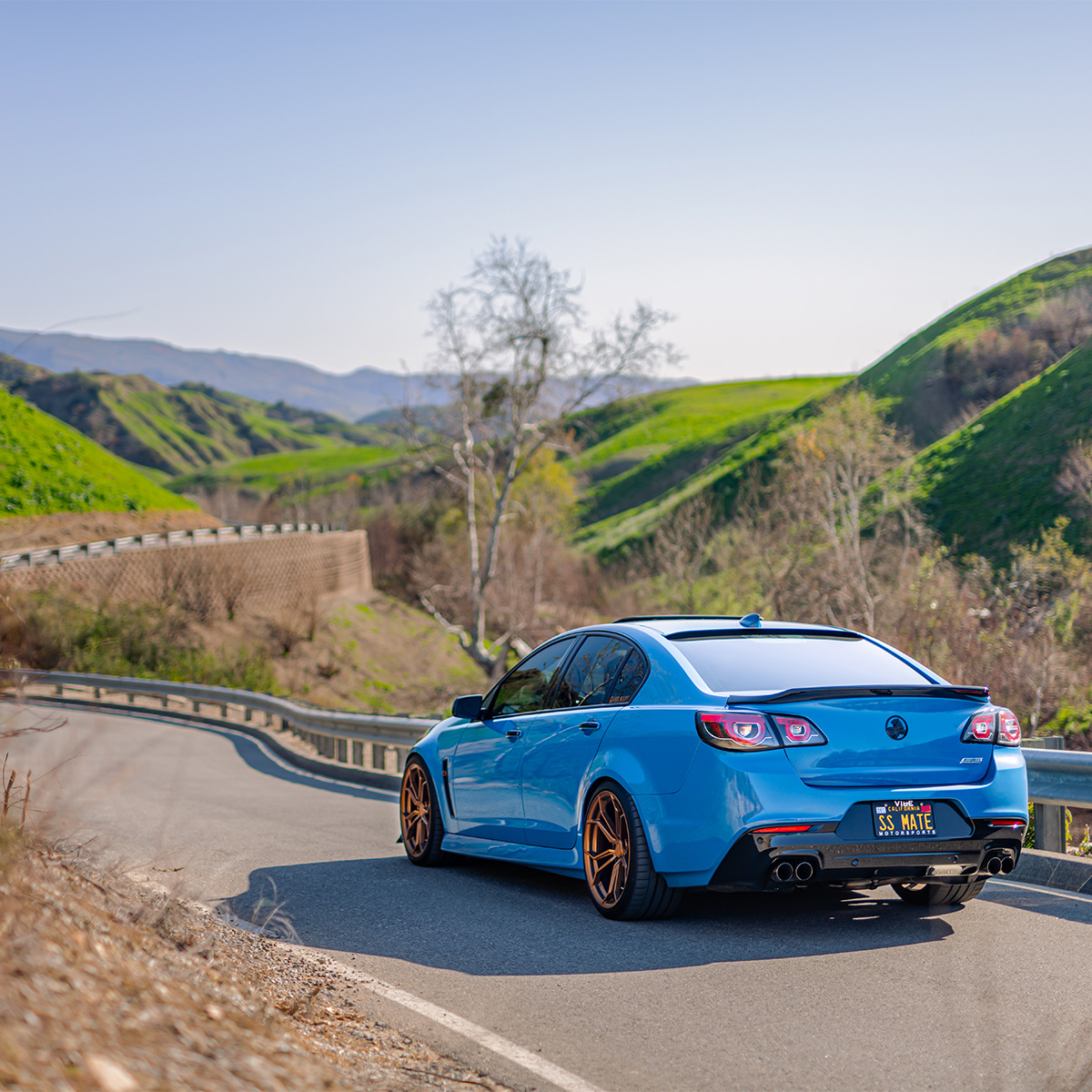 – I am a fan of sleeper cars and the SS in stock form is a sleeper. I also like the way it handled for a large car and the fact that they was only approximately 12k imported to the US

– I want something flashy but not over the top. I really struggled with the wheel color and wrap as I generally like to be more low key, but I’m glad I went with something a bit more edgy but not too much 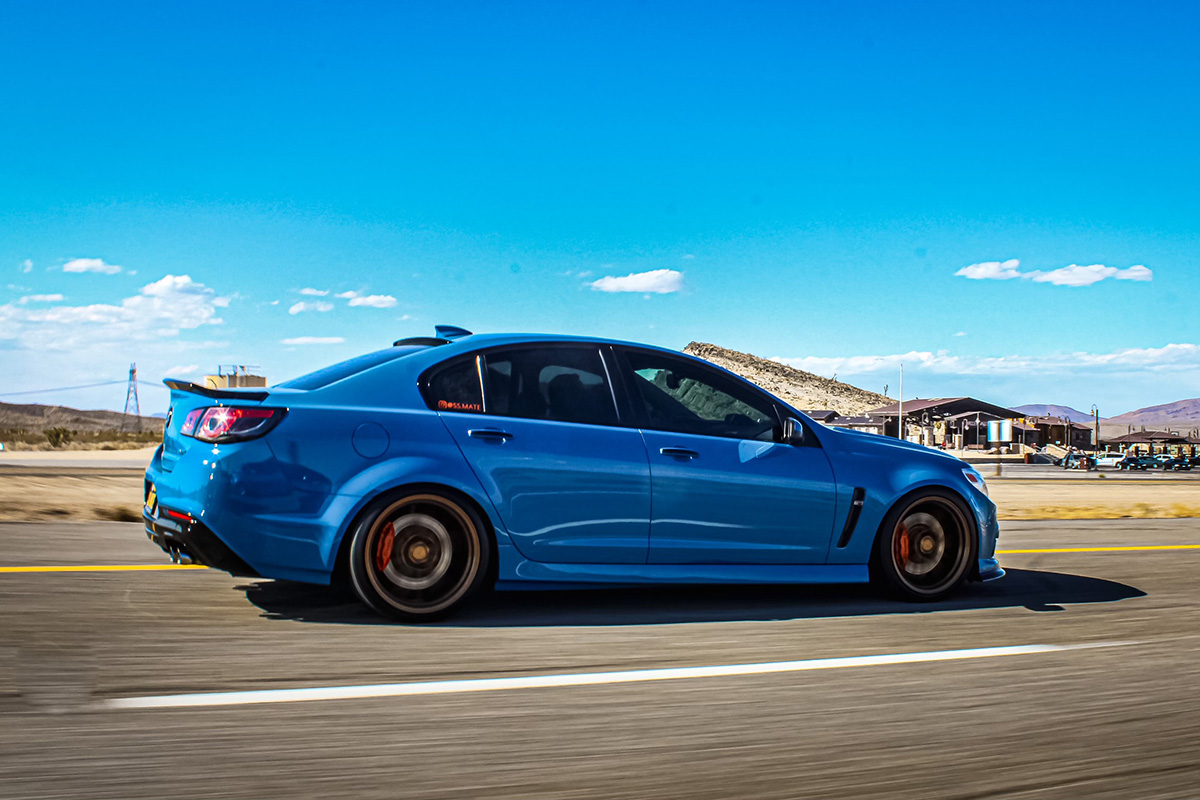 – The wife letting me spend the $$ to get it all done.

Weekend for sure. I have another Holden I.e 2005 Pontiac GTO and a newly acquired 2021 Cadillac CT5-v that I intend to start a build on

– A little bit of both. I’m excited to get her on track and see if I can surprise a few hellcats 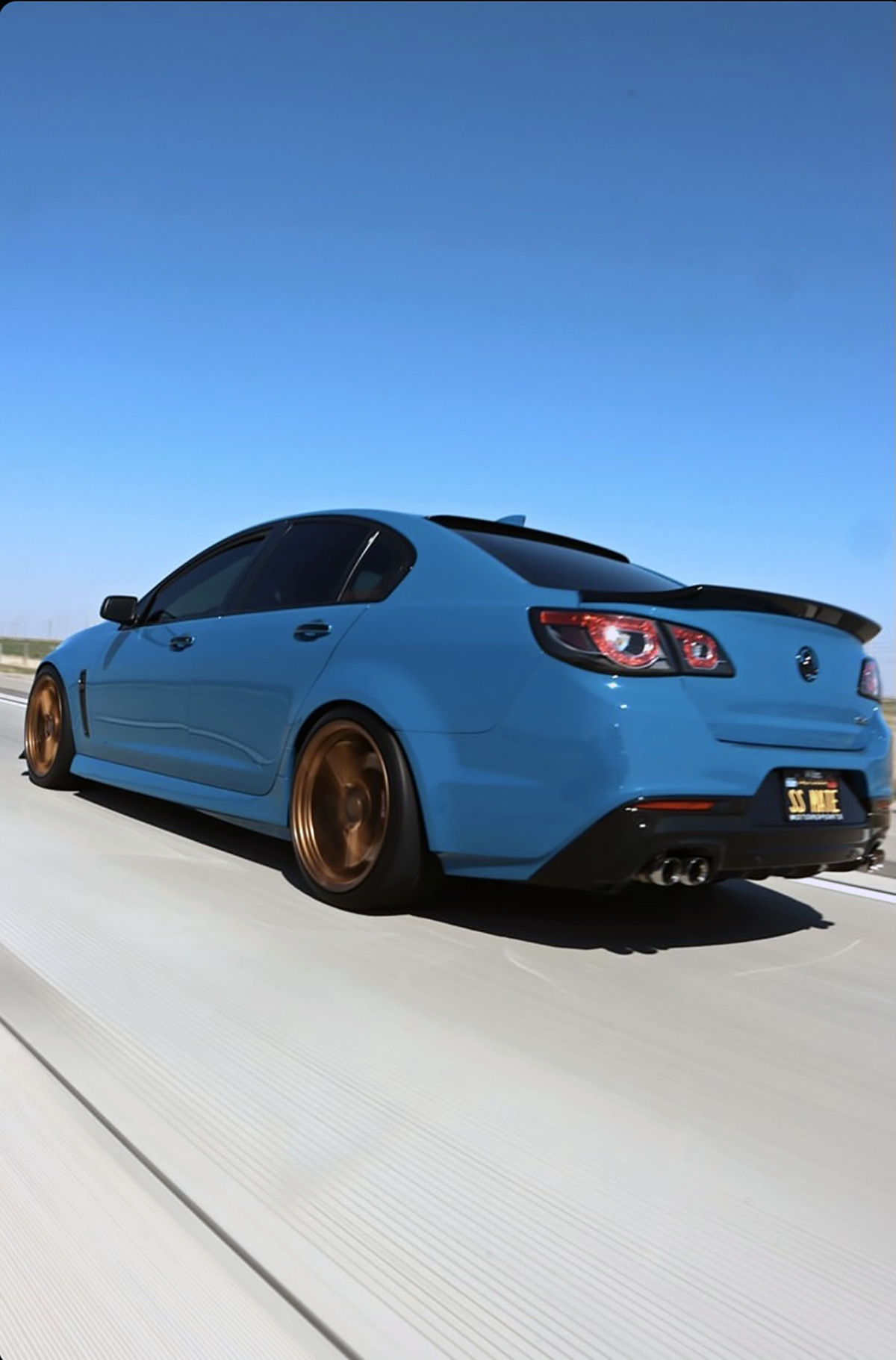 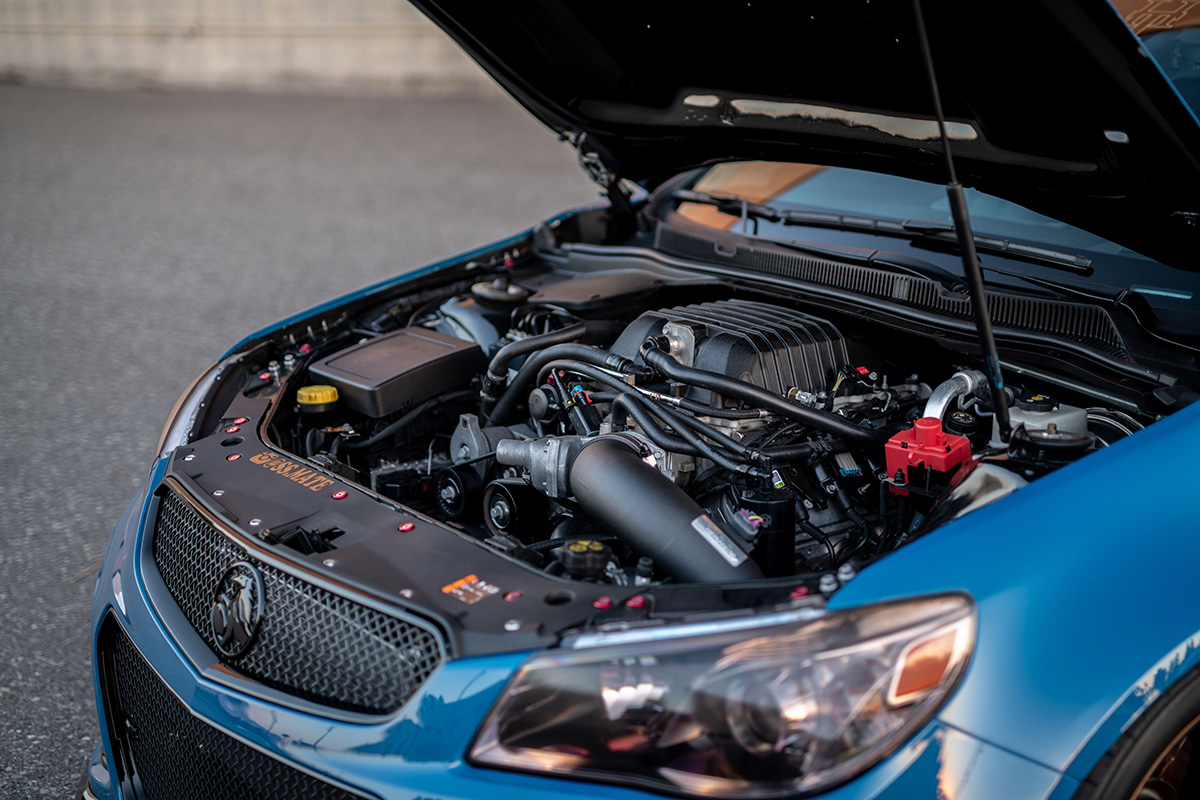 – Stock other than airbag change to Holden 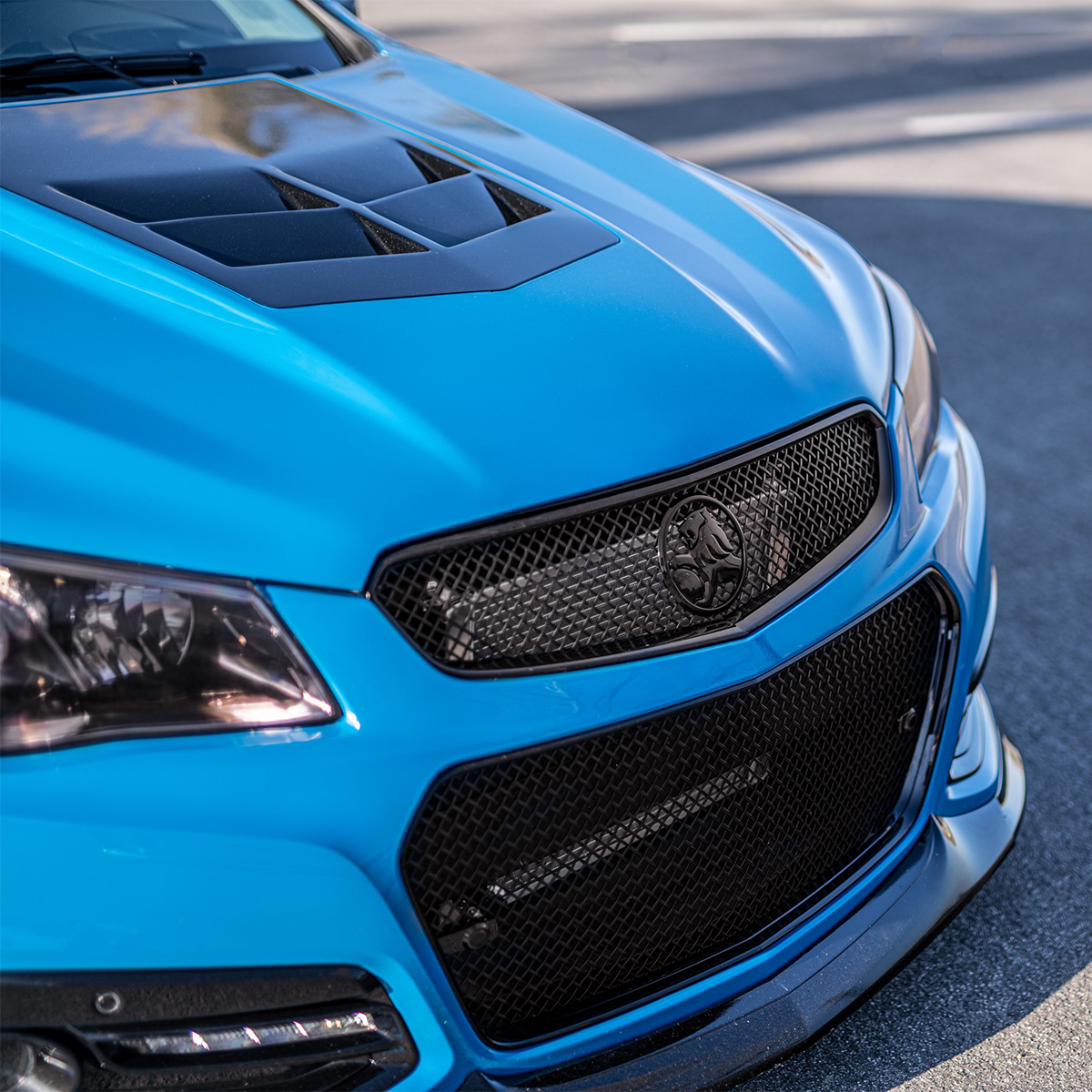 – Likely just a bigger throttle body and intake. I may, however, go with a Harrop 2650 supercharger upgrade for even more power.

“It was a lot of fun personalizing this car and making it mine. Many people just see a car as transportation but to me, it’s an extension of who I am.” 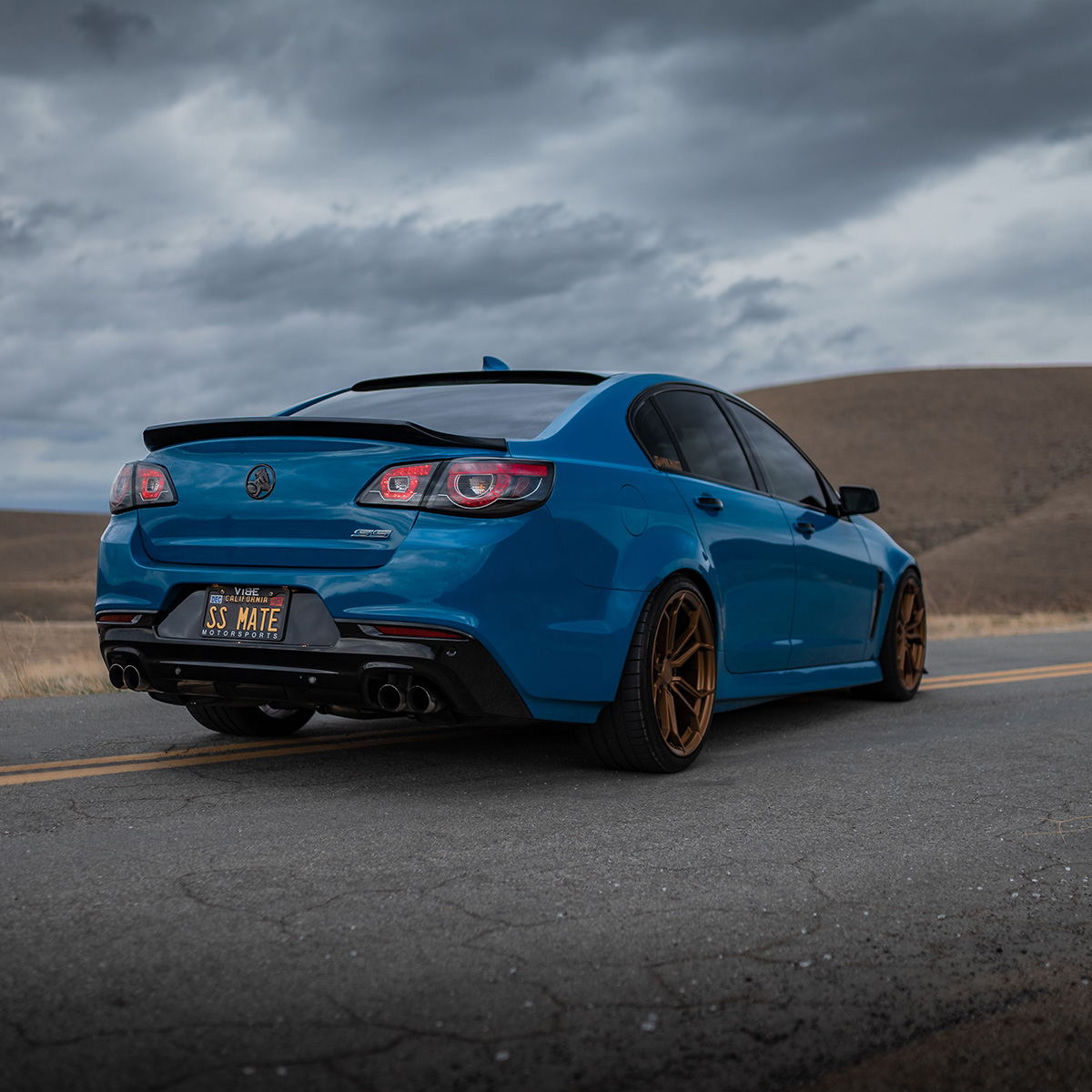 Watch the progress and find out more about this Pontiac Firebird WS6 project by visiting the Instagram profile of the owner: @ss.mate!