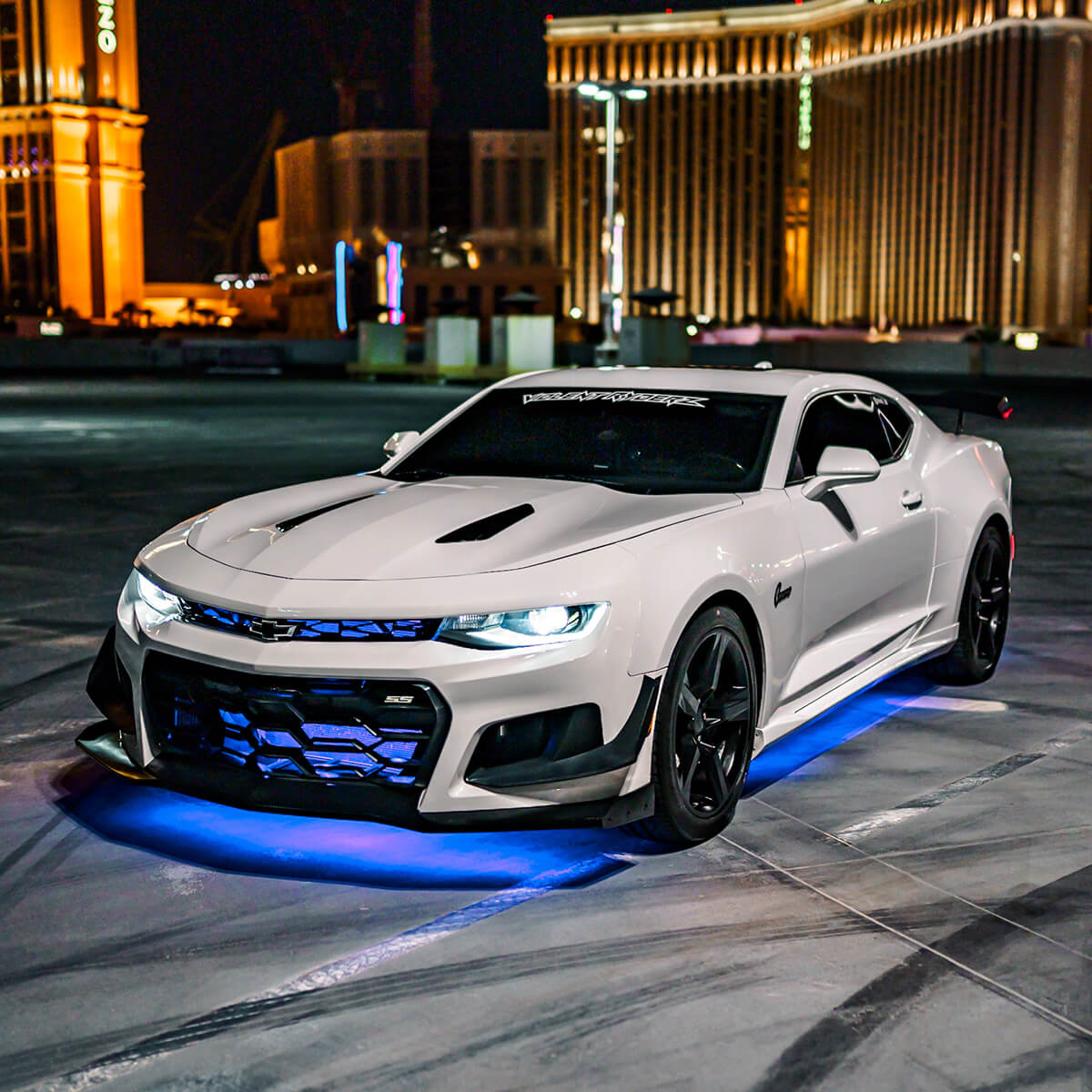 Are you looking to upgrade the look of your Chevy Camaro 6th gen yet, keep it true to the Camaro DNA? Installing a ZL1 1LE front bumper is one of the best ways to do so, as it adds an aggressive and sporty aesthetic that will make your car stand out from the crowd.

Not only does this bumper improve the visual appeal of your vehicle, but it also provides increased airflow to radiator and brakes. In this article, we’ll take a closer look at 6th Gen Chevy Camaro SS build equipped with a ZL1 1LE front bumper and ground effects as well as other aftermarket upgrades. 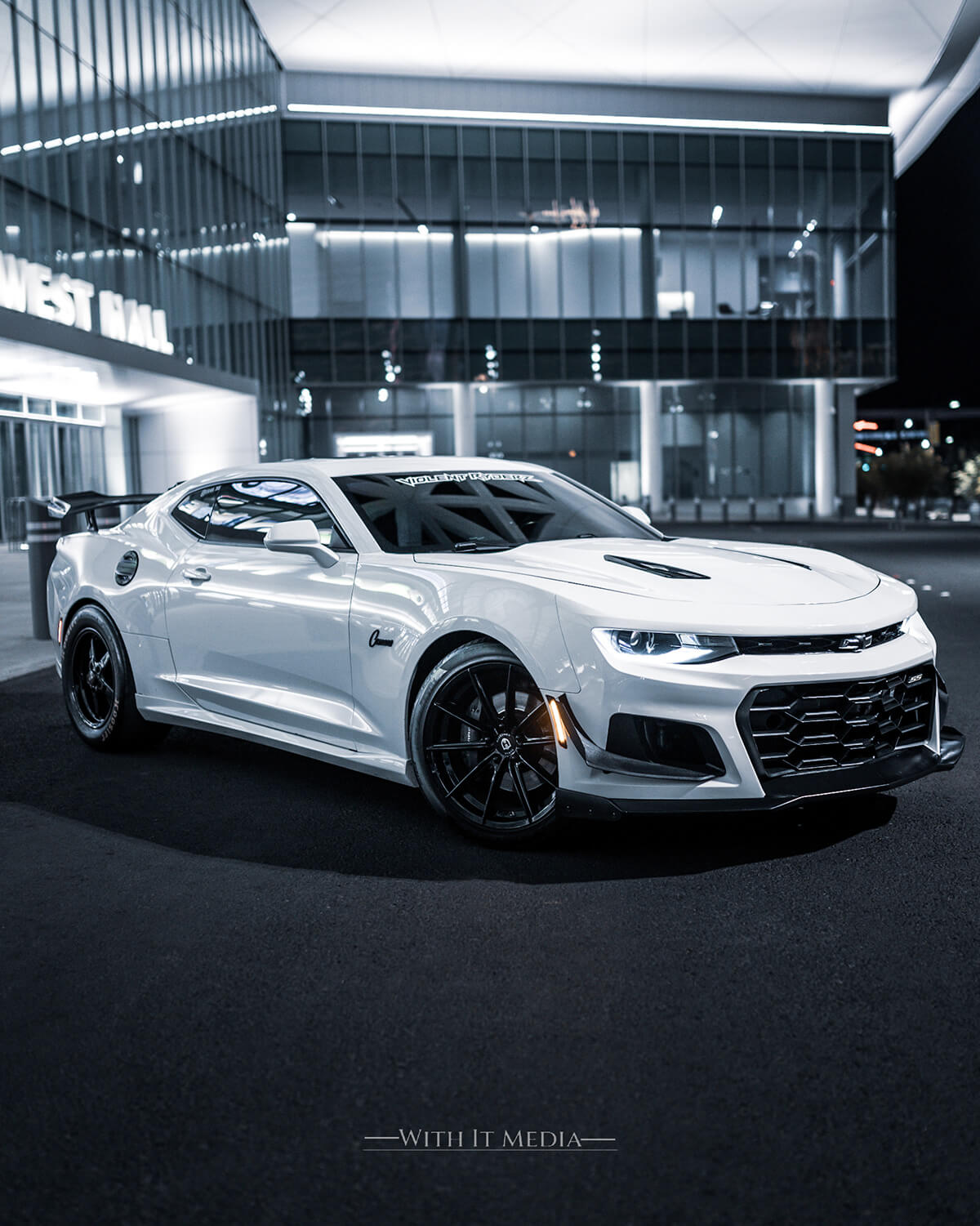 Steve from Las Vegas just started the work on his 2017 Camaro and made it look exceptionally clean and aggressive at the same time. It is safe to say that his Chevy Camaro stands out from the masses and makes people turn their heads with its bold and shiny look. However, like a true car enthusiast, Steve took care about the performance improvement too. We were lucky enough to get in touch with Steve and ask him about his Camaro, future plans for it, and modifications he already made, you will find the interview below. 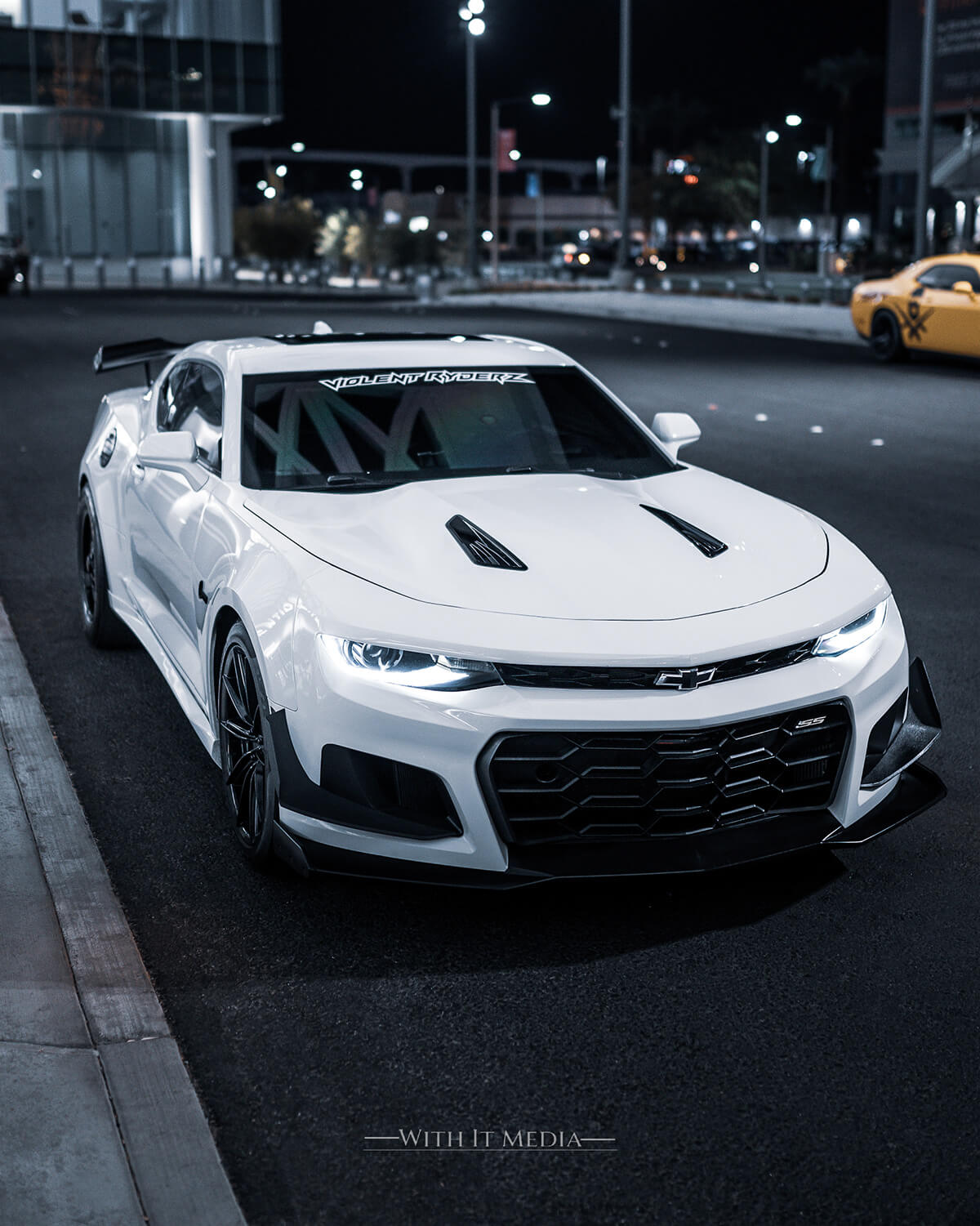 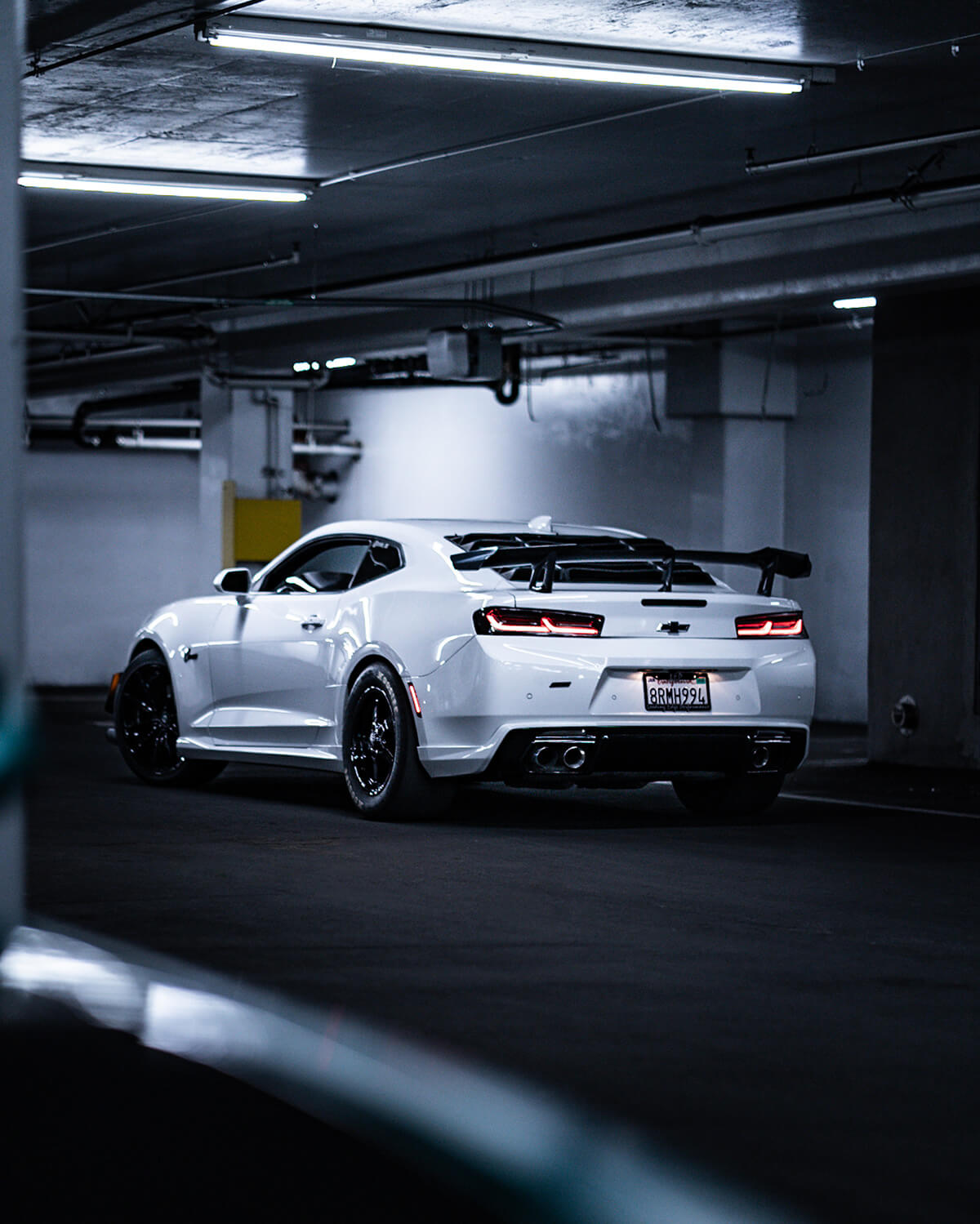 6th Gen Chevy Camaro ZL1 is a halo car and an icon for many bow-tie fans, and its front bumper is designed to match the car’s signature aggressive styling. It features a unique three-piece design with a prominent splitter that extends out in front. This helps create extra downforce at high speeds, as well as improving airflow around your vehicle for improved cooling and aerodynamics.

Additionally, the bumper is made from a durable and lightweight material called carbon fiber-reinforced plastic (CFRP), which is both stylish and resilient. Installing a ZL1 1LE front bumper provides numerous benefits, ranging from improved looks to greater ventilation and aspiration. For these reasons and more, you may want to install a ZL1 1LE front bumper on your 6th gen Camaro even if it’s not the top-level performance model.

The installation process itself is relatively straightforward, and with the right tools and supplies it can be completed in just a few hours once color-matched with your car. If you’re a Chevy Camaro 6th Gen owner looking to upgrade the look of your vehicle, installing a ZL1 1LE front bumper is one of the best ways to do so.

*Will not work on 6th Gen RS models

– It originally started when I bought a 2013 V6 Chevy Camaro. After driving that for about 3 years I knew that I had to get one with more power.

– My 5th gen Camaro was what started it all. As a V6 owner, you kind of get picked on for not getting the V8 version, but at the time I wasn’t very knowledgeable in that sense. After looking into the differences I know for a fact that I wanted to do better. 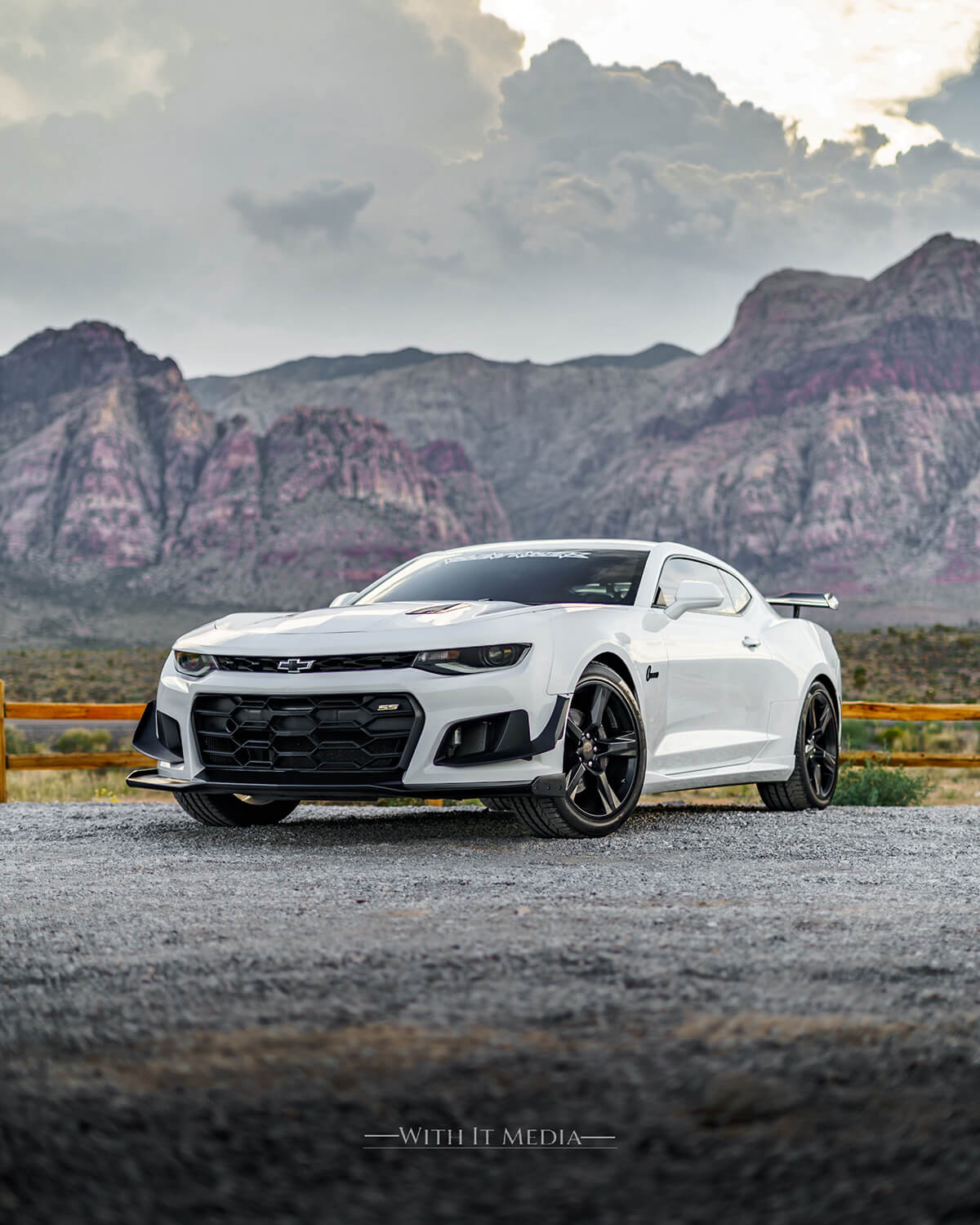 – When I first saw the ZL1 1le! I fell for the aggressive look it had, but financially I knew I wasn’t capable of owning one just yet. So I went with the 2SS and started modifying the performance and the exterior.

– Honestly, I can’t really say I had any challenges. Everything the car has, I’ve done it myself. Working as an aircraft mechanic has helped a lot in that sense of turning wrenches and putting everything back how it was. I did have an issue with the front splitter, where it wasn’t clipping the way it had to but zip ties did the trick. 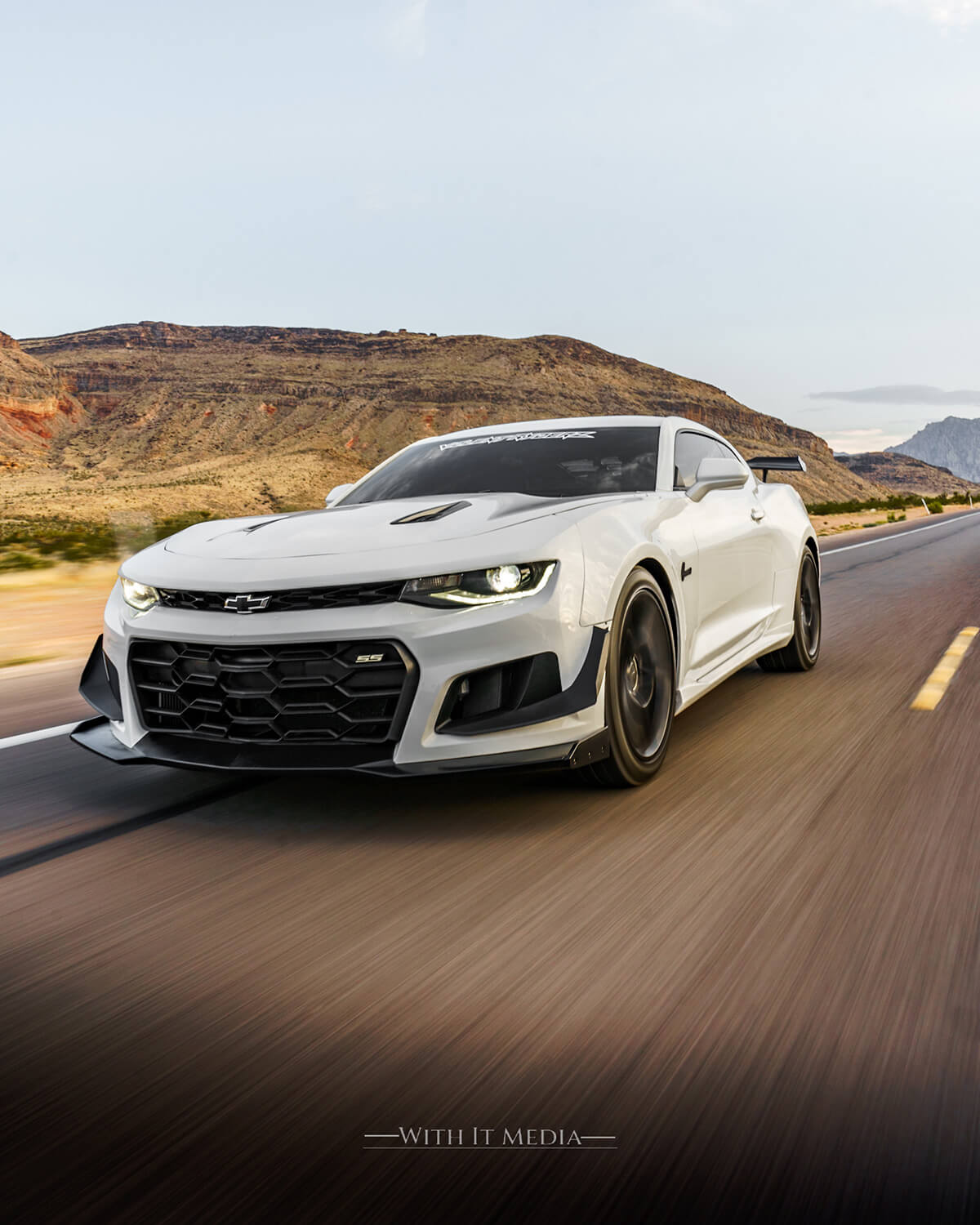 – I’ve probably mentioned this a lot but it’s the aggressiveness of the exterior and even with stock exhaust and long tube headers, it definitely sounds like it looks.

– I’ve taken it to many car shows and I’m still trying to practice my launch before I take it to the race track and make a fool of myself.

Named after “a small, vicious animal that eats Mustangs”, the Chevy Camaro was among the first and main competitors to the innovating and successful Ford Mustang back in the 1960s. Several decades later, in the 2020s, the two are the only models of that incredible automotive competition still alive. They still remain true to their nature, providing main muscle car points – an aggressive look and impressive performance.

The Camaro was revived after a solid gap in production and made a statement again. The model was completely redesigned considering demands of the current time. With an outstanding look and powerful V8s, it immediately drew the attention of car enthusiasts. Now, the car is in the sixth generation and its army of followers is still growing. A lot of owners made some upgrades to their Camaros to improve performance and make the car look more personal and the ride we will talk about today is no exception. 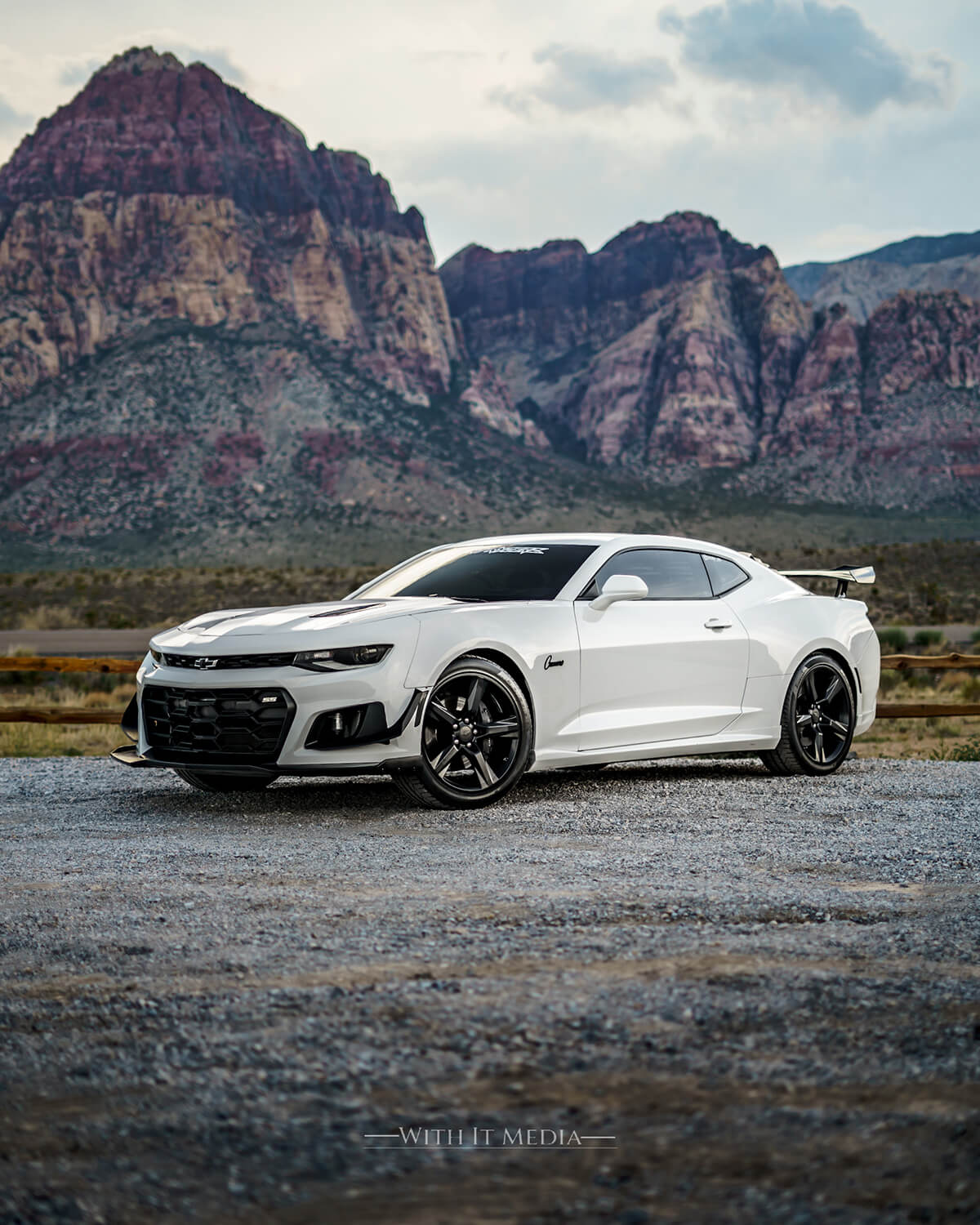 Watch the progress and find out more about this Chevy Camaro SS by visiting the Instagram profile of the owner: @steveo_2ss!