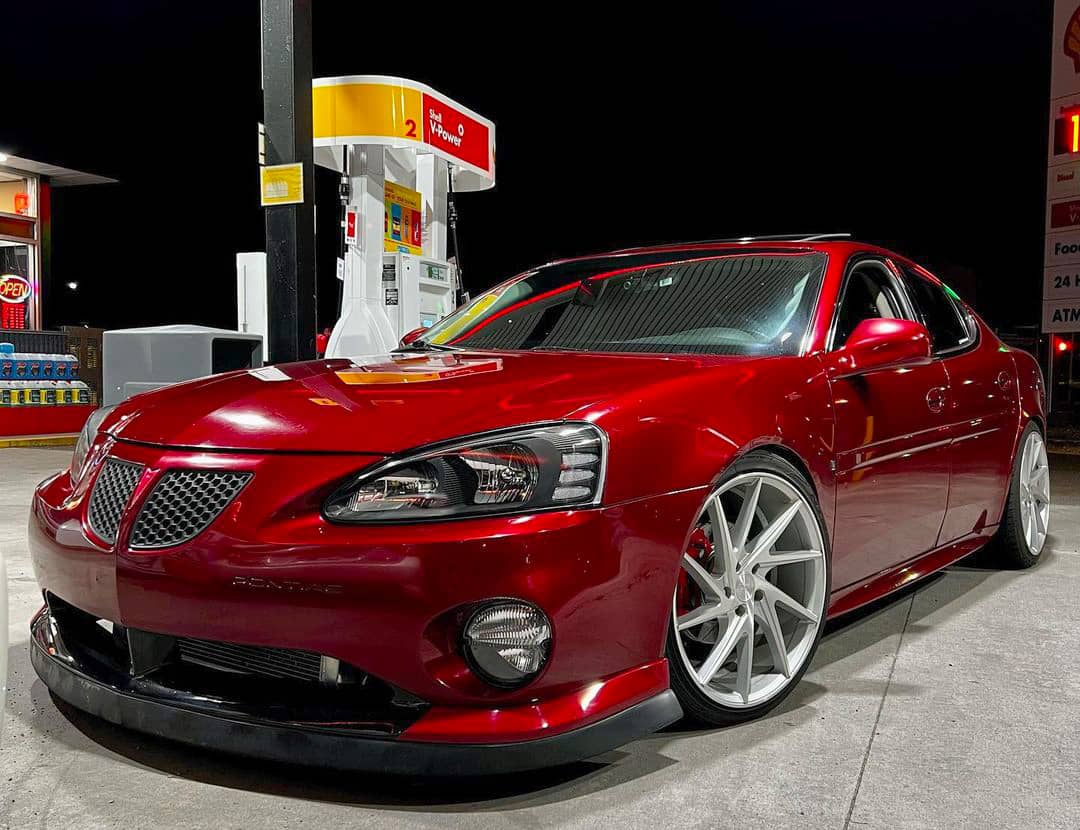 Pontiacs have a long and rich history that is inextricably linked with General Motors and at some point this brand became the performance division of GM, positioned above Chevrolet. Their original marketing campaign in the early 60s was based on the concept of lifestlye machines, which built excitement and true driving pleasure. Since those times, Pontiacs were recognized for their speed, power, and style earned by the iconic models like GTO, Trans Am, and Firebird.

Pontiacs continued to be popular throughout the 90s and early 2000s with models like the Grand Prix being well-received by consumers thanks to their sporty appearance and performance oriented GTP and GXP models. While the GXP was fitted with a common LS V8, the GTP was equipped with a trully unique 3.8L V6 with Eaton Supercharger capable of 240HP (260HP in Series III engines installed on 2004-2008 models).

Tugboat torque and impressive performance helped it to stand out from the competition. Speaking of which it was a pretty tough crowd to deal with as it included the big names such as Acura TSX, Audi A4 and BMW 3-Series. 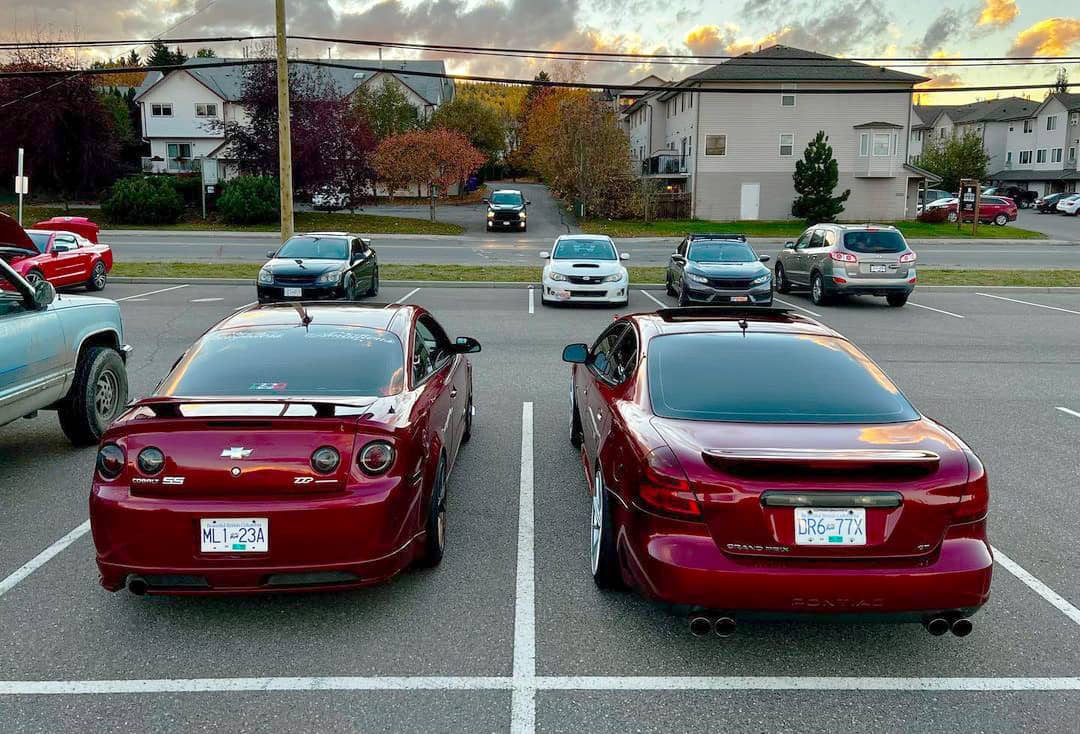 Puffed up by the 9.5-psi sirocco from the twin-rotor Eaton supercharger, the big pushrod V-6 slings the Grand Prix to 60 mph in 6.6 seconds, faster by a half-second or more than all the prestige machines mentioned earlier – Car&Driver

This clean red 2007 Gran Prix is owned and modified by Tyler Braaten from British Columbia, Canada. The car’s been upgraded with a few exterior and performance add ons that underlined its performance nature and transformed it from a supercharged sleeper car into a real head turner.

The fist thing that you notice about the car is the low stance and shiny Niche Invert, 20×9 rims wrapped in skinny Nitto NT555g2 tires. To eliminate the wheel gap and make the car sit closer to the ground Tyler decided to install a set of BC Racing coilovers, polyurethane bushings and ZZP sway bars which not only made it look good, but also stiffened up the suspension and improved handling. 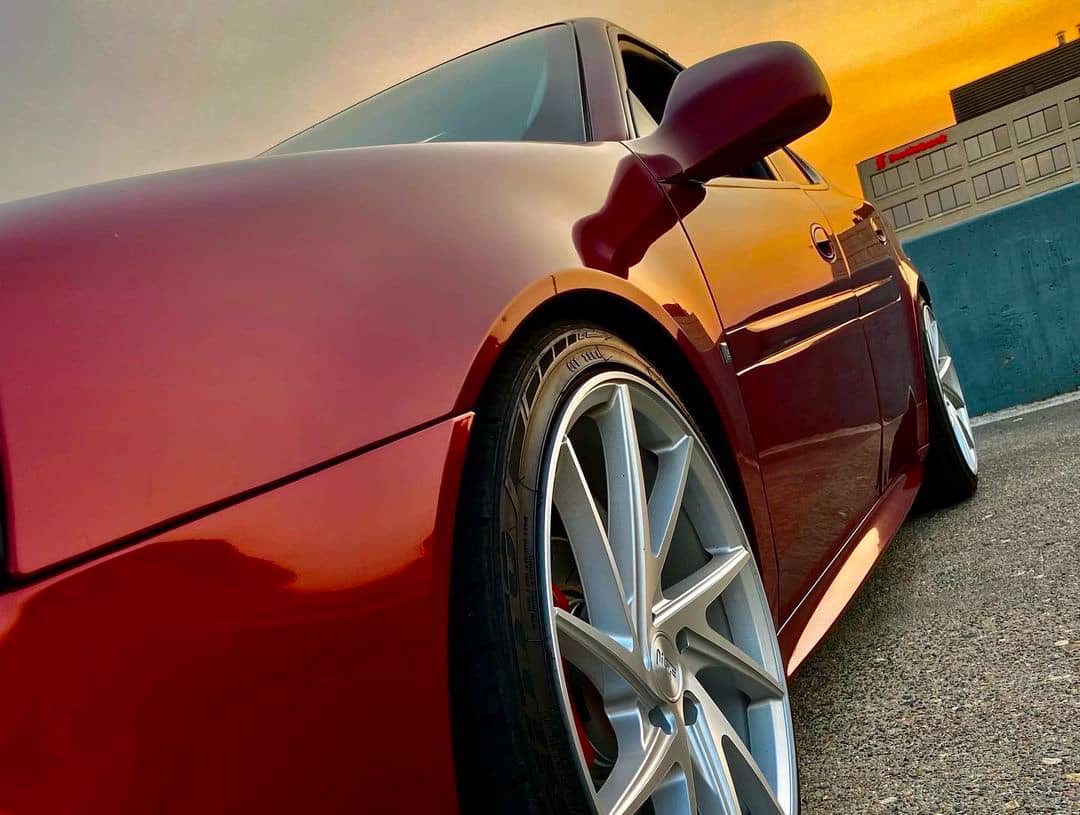 The supercharged 3.8L engine wasn’t left untouched and was upgraded with a 2.5” full stack ZZP intercooler, ZZP air intake, exhaust manifolds, 3.2” supercharger pulley, pushing about 13psi peak boost. All in al it helped to gain more power in addition to the stock 260HP and 289ft.lb of torque. 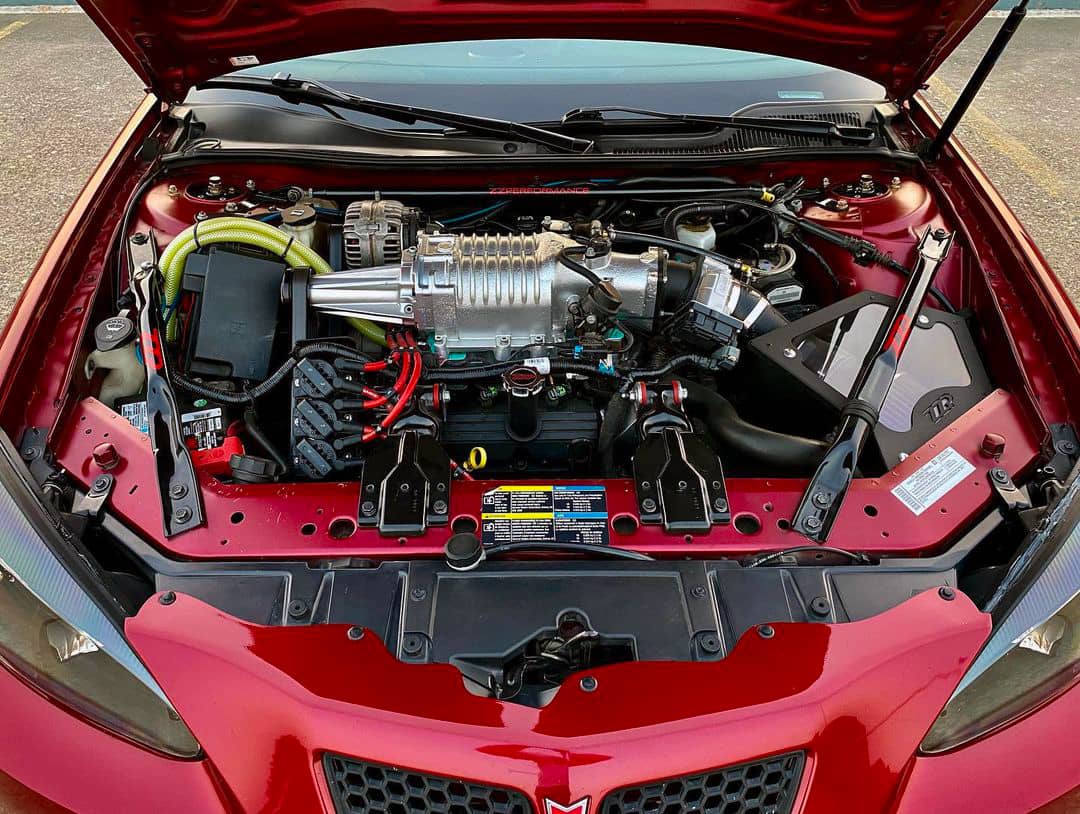 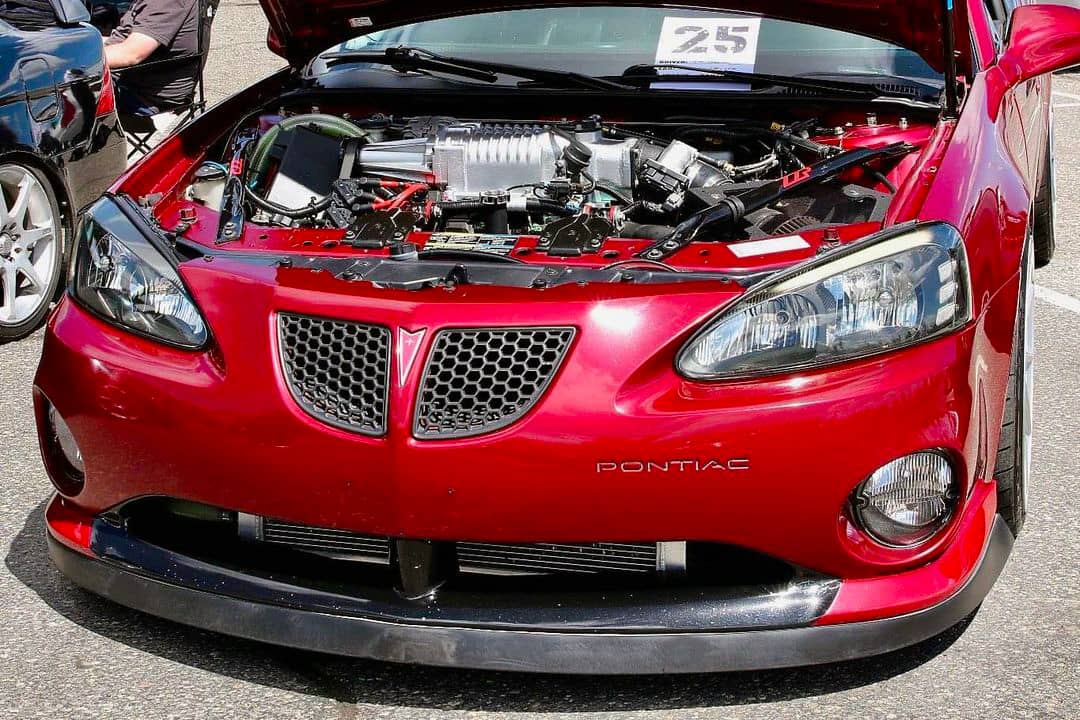 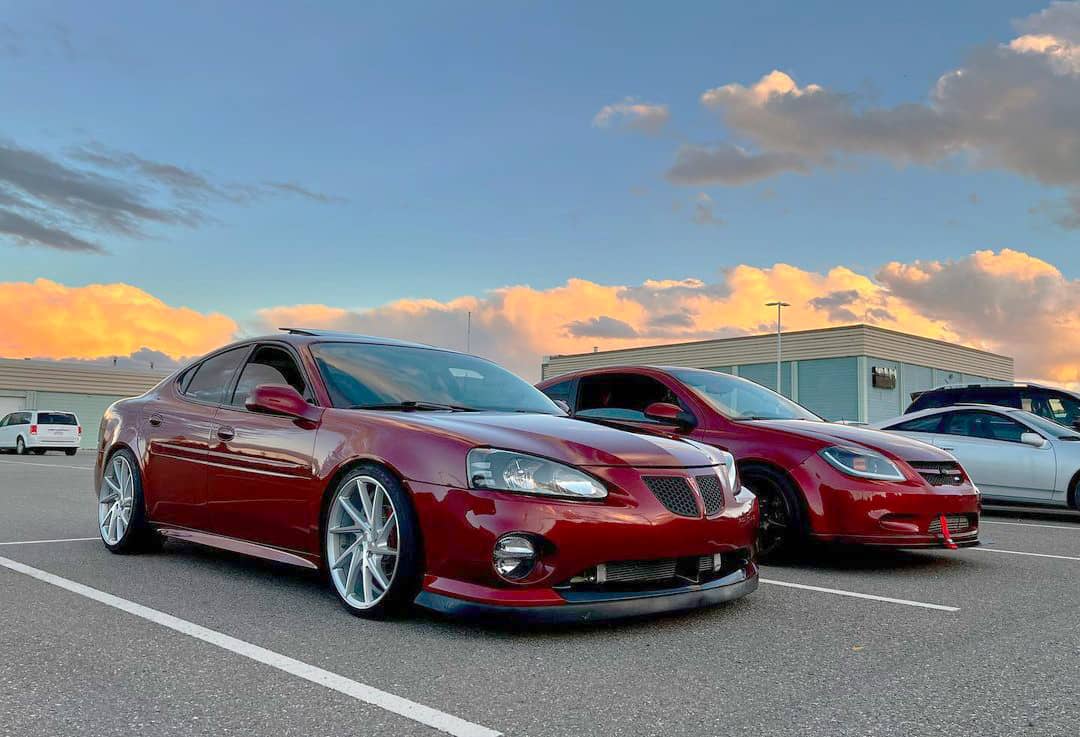 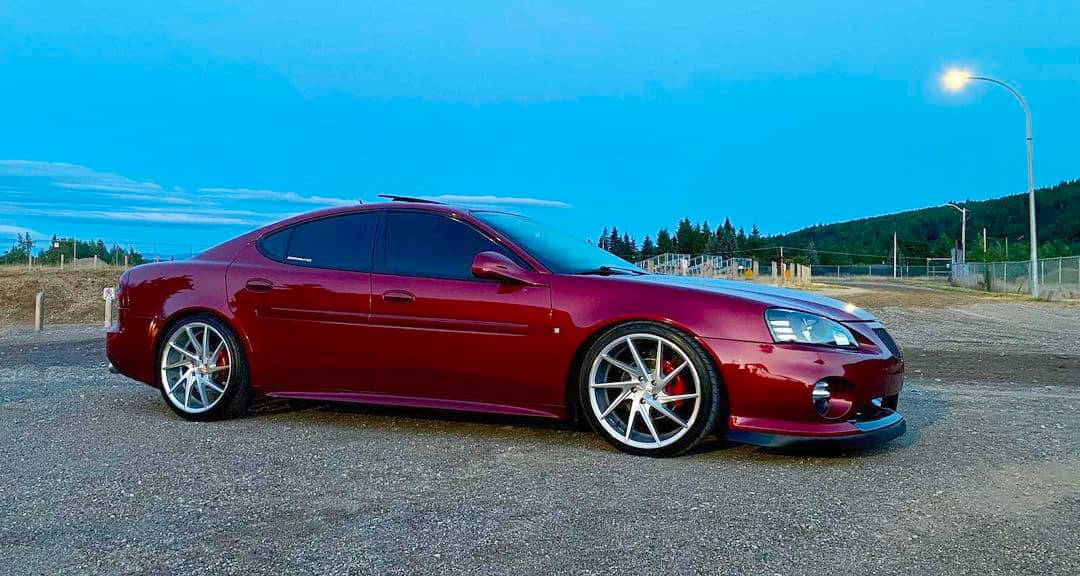 Being one of the last Pontiac models equipped with a stock supercharger before the brand got discontinued, the GTP model remains desirable among the fans and enthusiasts in the us.
If you’re looking for a nice Pontiac Gran Prix GTP for sale in your local classifieds, prepare to spend somewhere from $5,000 to almost $20,000 for a collector-worthy car with low mileage.

The Pontiac Gran Prix GTP is a great choice for anyone looking for a sleeper car project. It’s one of the last Pontiac models to be equipped with a supercharger, and it produces pretty impressive performance. The GTP is also fairly rare, so it’s a good option if you’re looking for something that’s both unique and powerful.

Watch the progress and find out more about this Pontiac Gran Prix GTP project by visiting the Instagram profile of the owner: @pontiac.gtp07!