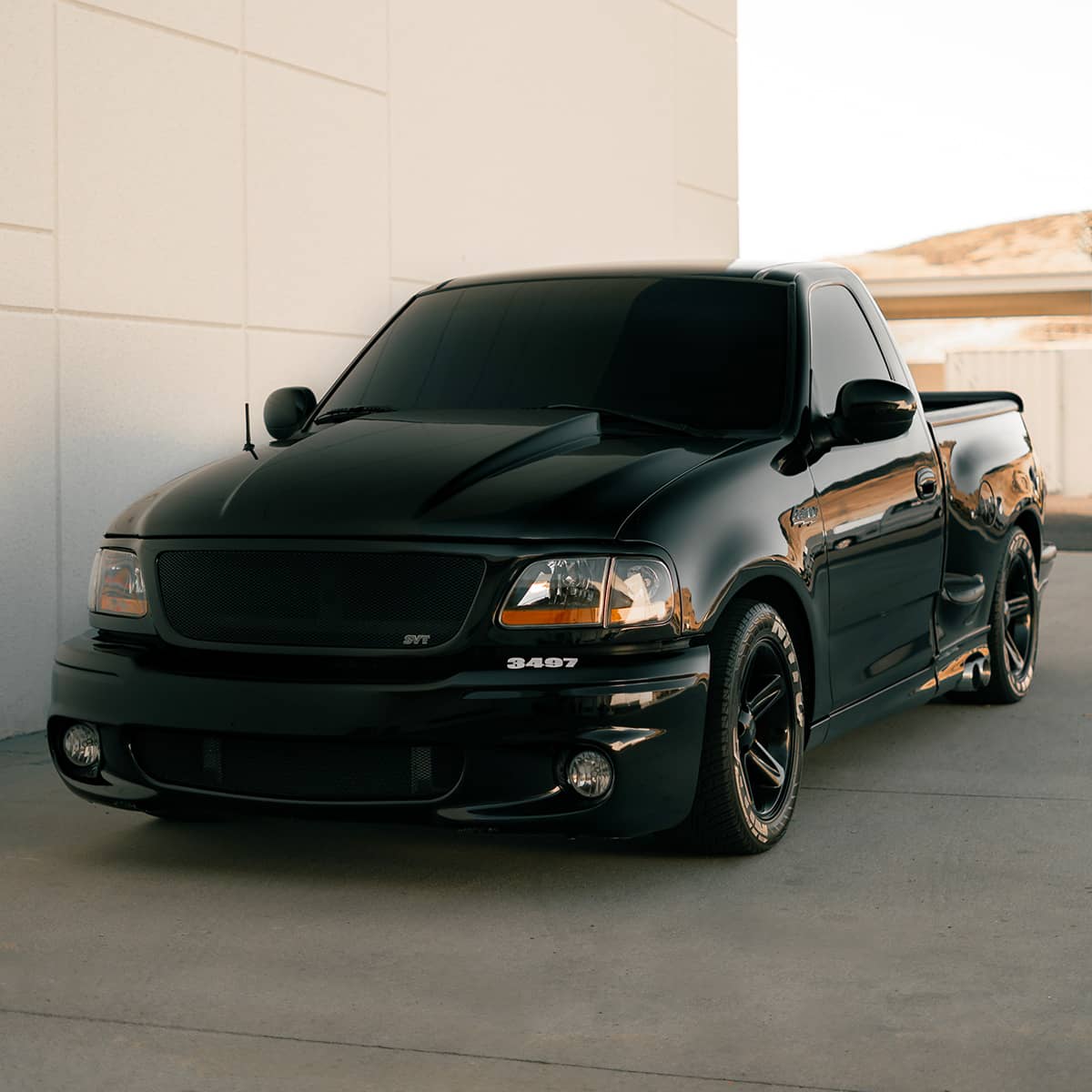 Ford F150 Lightning is hands down one of the most iconic production performance trucks in the history of American muscle cars. Back in the 90s, it was created to compete with the Chevy 454SS, a high-performance edition of their C/K truck powered by a gas-guzzling 7.4L V8 that produced a whopping 230HP…quite impressive for those times. The first-gen F150 did a little better than that with a smaller displacement 5.8L V8 which made it drive and handle nearly as light as a Mustang. 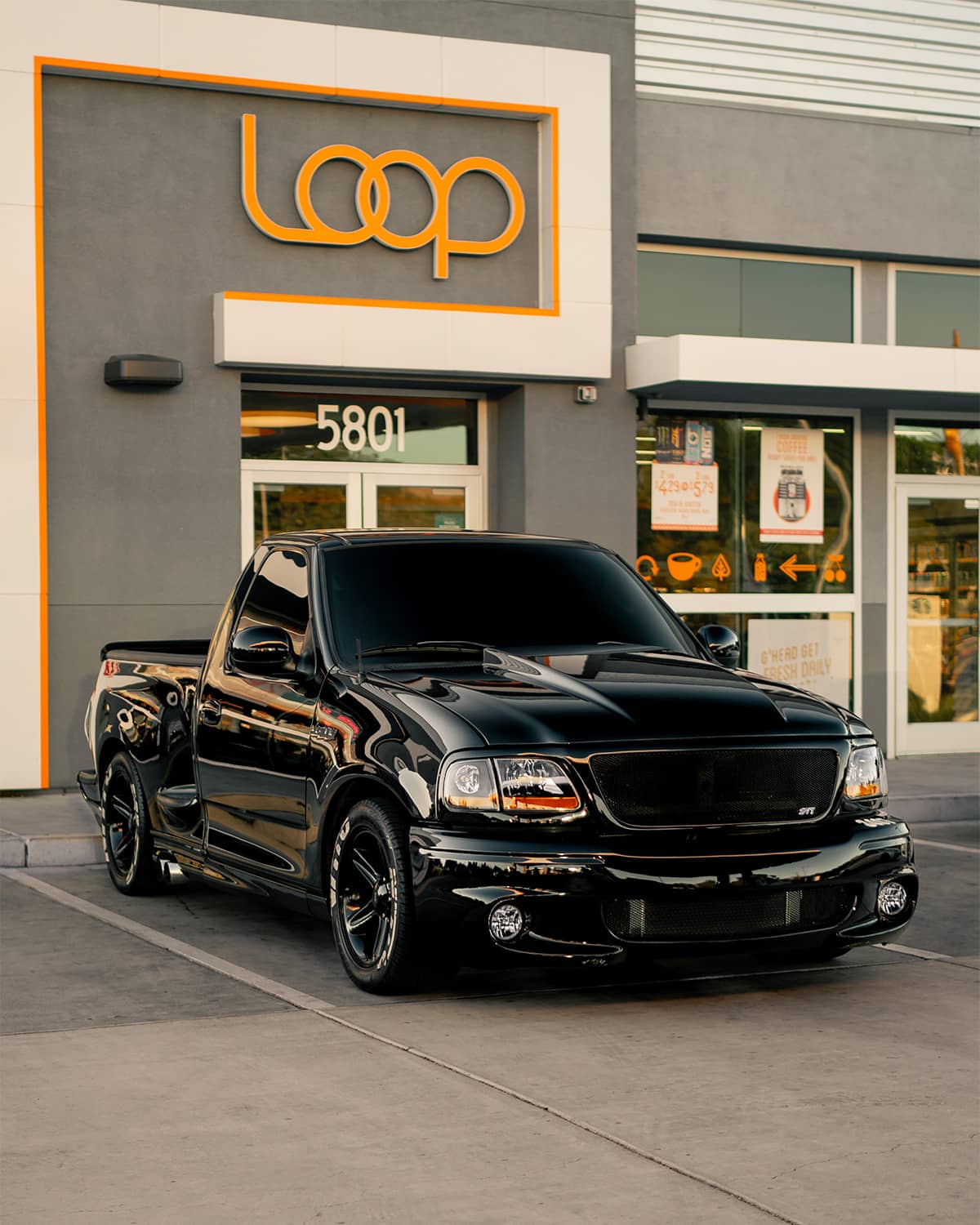 Unlike Chevy’s competitor, the Lightning nameplate continued production in the second generation which launched back in 1999 on the base of a 10th Gen Ford F150. The new body style truck turned out to be incredibly successful in terms of design and performance.

Compared to the base model, it was low and wide thanks to the awesome-looking factory ground effects package and certainly the flare-side bed, which looked like a proper wide-body that we used to see on performance cars. 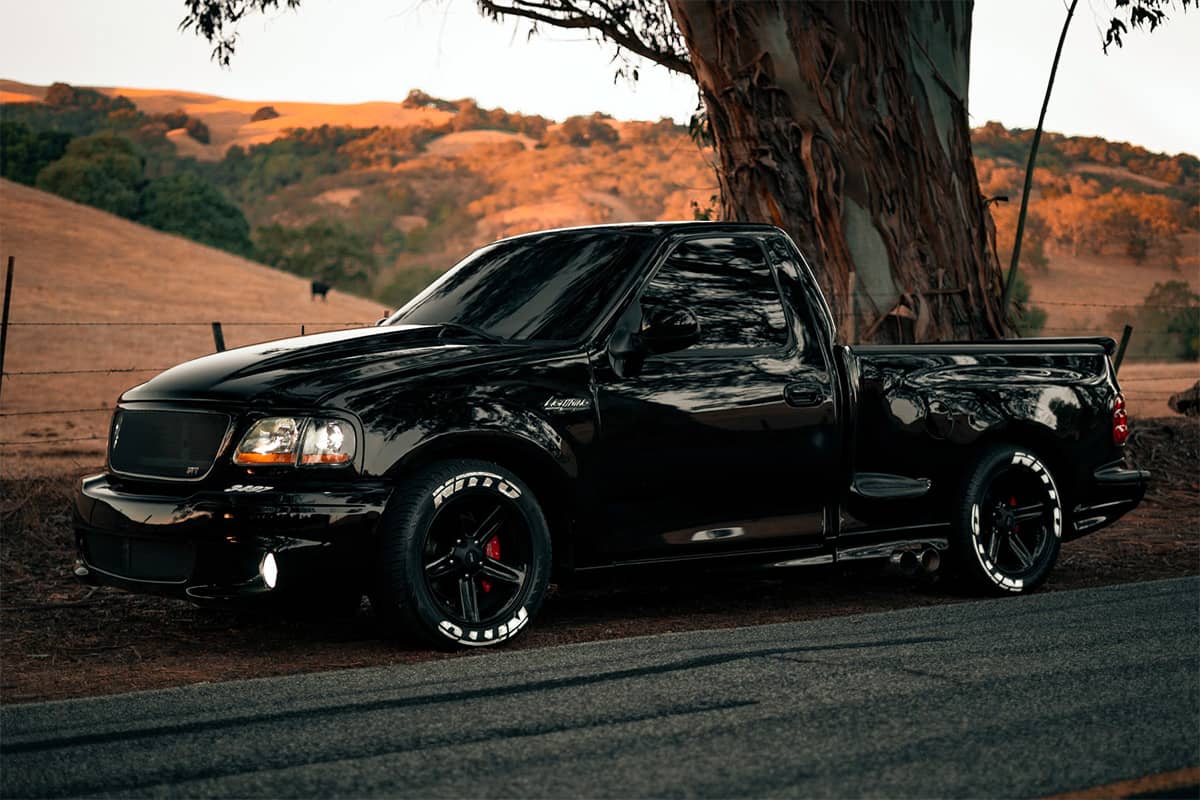 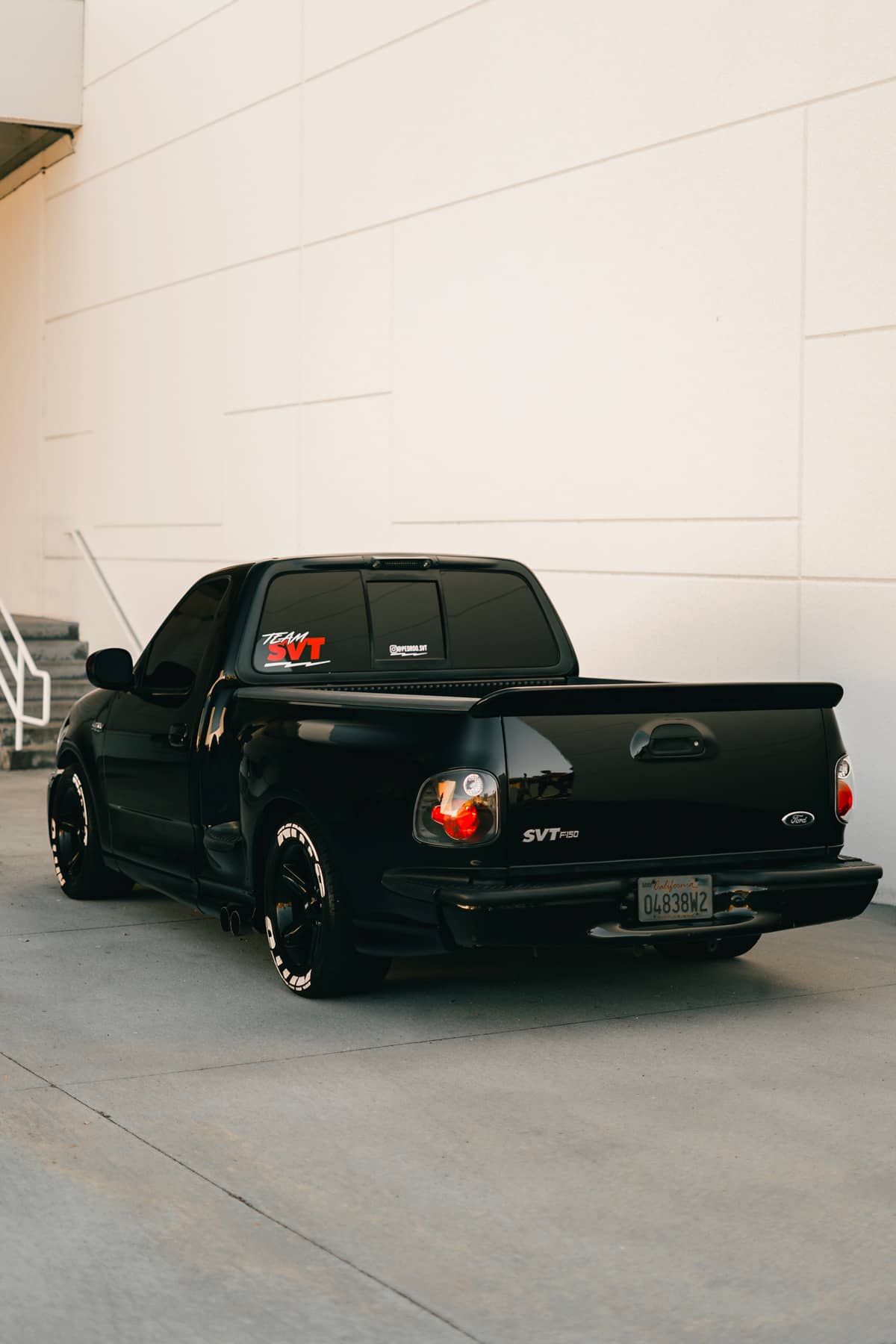 Performance-wise it was a true performance muscle car. Being equipped with a 5.4L Triton V8 and Eaton M112 supercharger which produced 360HP with massive amounts of torque (up to 450 ft⋅lbf in later models).

After the appearance in the Fast and Furious movie, Brian O’Connor’s Ford F-150 SVT Lightning became an absolute dream truck for many car guys around the world. That red single cab short bed truck that looked like it was modified by a professional mechanic was actually a stock SVT Lightning that perfectly reflected Paul Walker’s character. 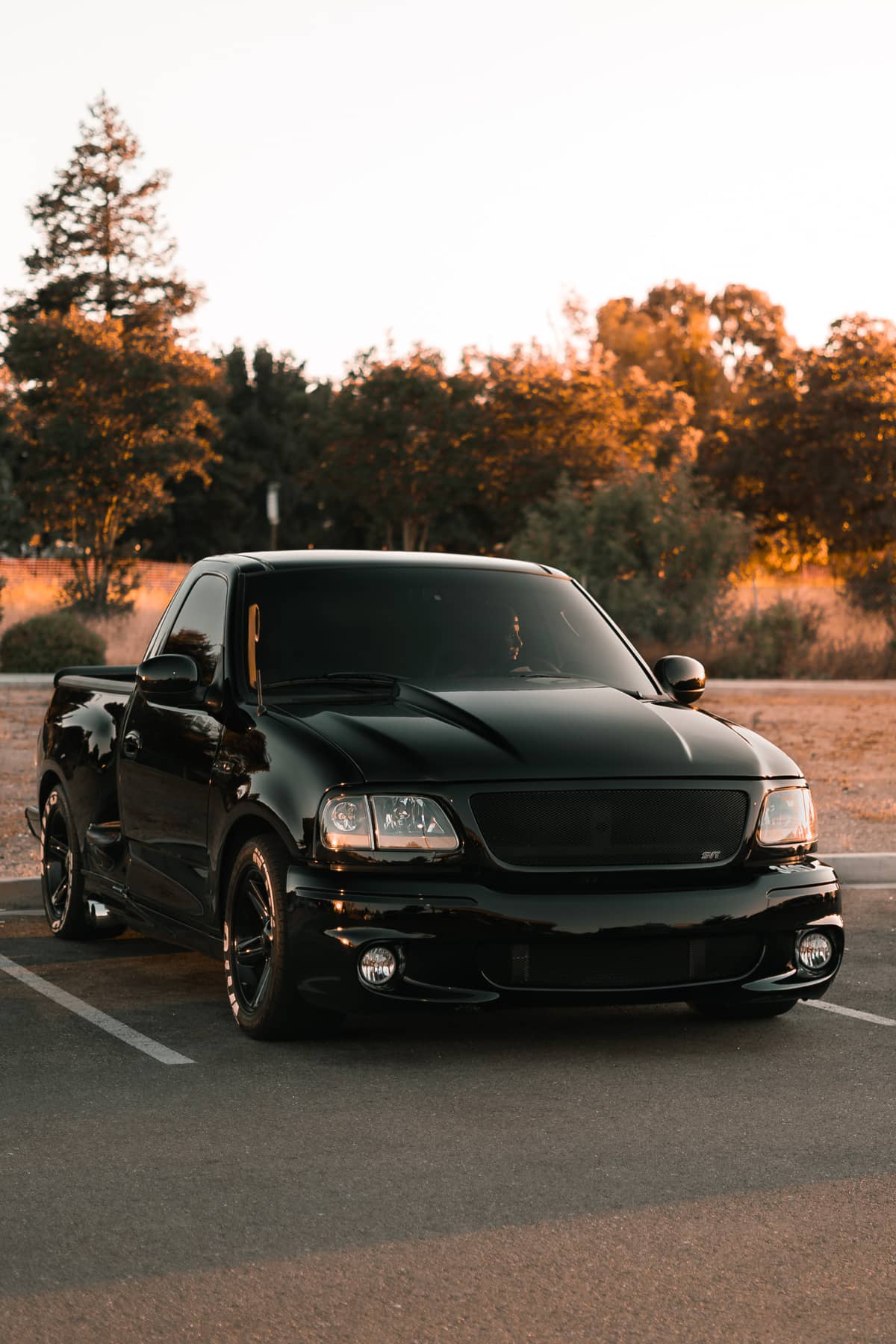 This sinister black Ford F150 SVT Lightning is owned and built by a big fan of the model @Pedroo.SVT. Main mods are concentrated around the performance, so the truck is FBO with a fully built motor and cam. The side-exit exhaust with dual tips adds a few points on top to the performance truck looks of this SVT Lightning.

Exterior-wise it remained nearly stock except for the Cervini 3” cowl hood, tailgate spoiler, and a blacked-out debadged mesh custom grille to continue the overall black-on-black exterior theme. The only white bright detail that stands out in contrast is the Nitto tire decals on the sidewall of the wheels. 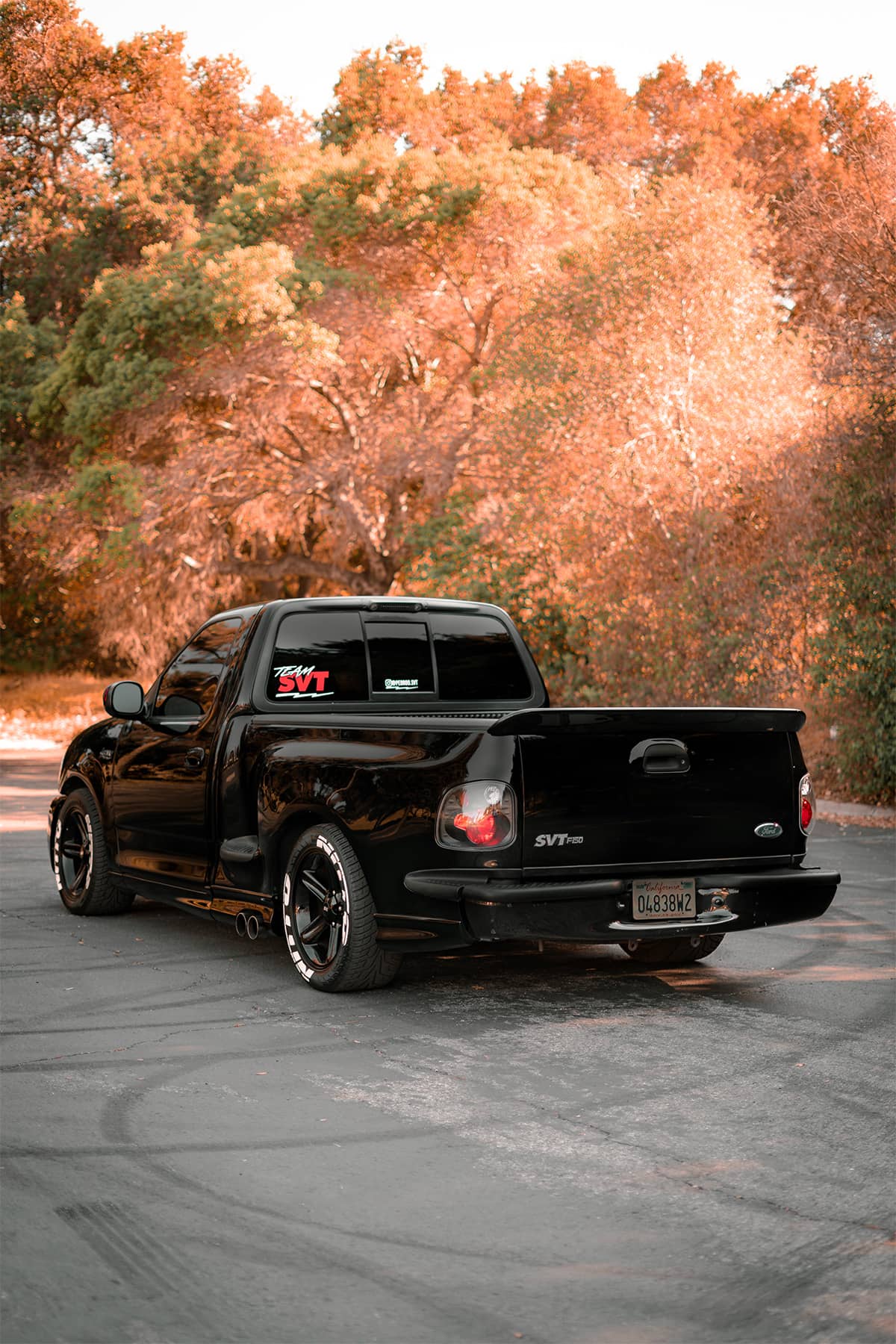 “It was a truck I grew up wanting my whole life and I was able to luckily land my hands on this one once I turned 18. Being able to share my build on social media really motivated me to keep going with this build and just making it into a street truck that’s in the process at the moment” 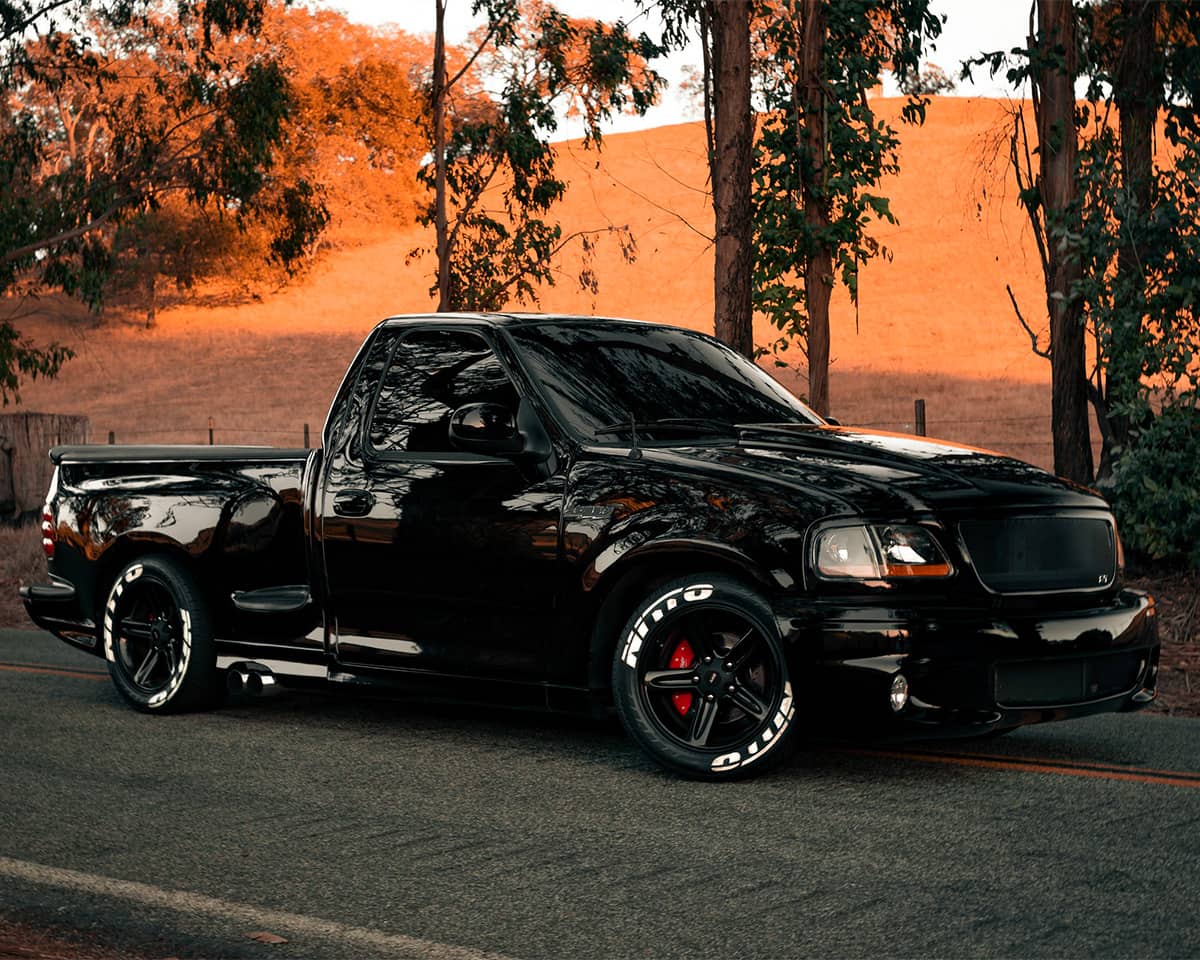 – Grew up seeing many other race their trucks on YouTube, IRL, Social Media. At the age of 15 I landed my eyes on a Ford Lightning and told myself I will own one in the future.

Why did you choose an F150 Lightning for your project?

– I chose this particular model because it was the fastest stock production truck back then before any of the new Coyote trucks with the 5.0 motor started to come out. Knowing that this truck had a factory supercharger on it made it 10x more why I wanted it. 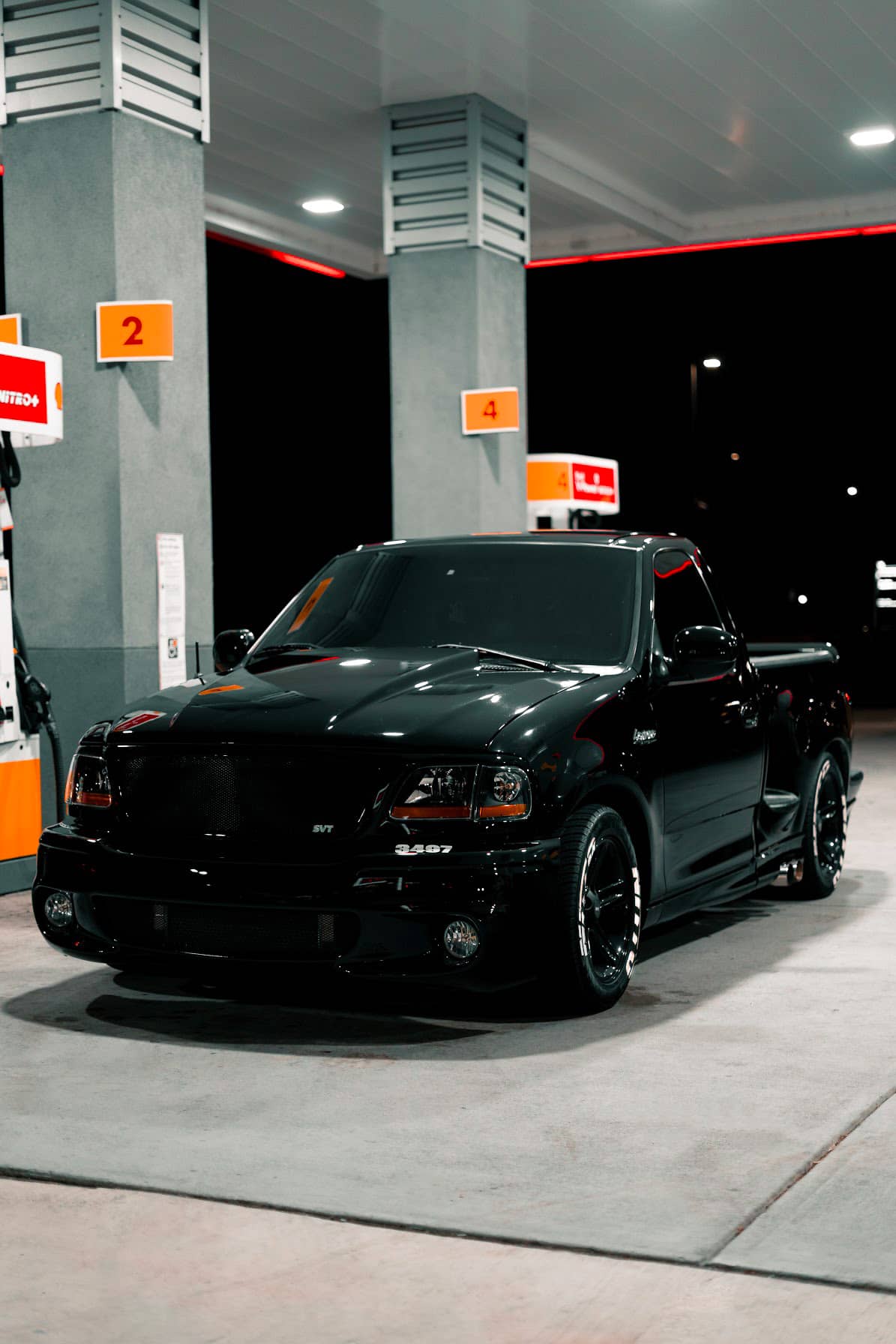 – I always loved the body style.

– Just the fact that it was so much time-consuming.

What do you love about your truck?

– I love everything. especially how it sounds.

– It’s a weekend and sometimes daily. 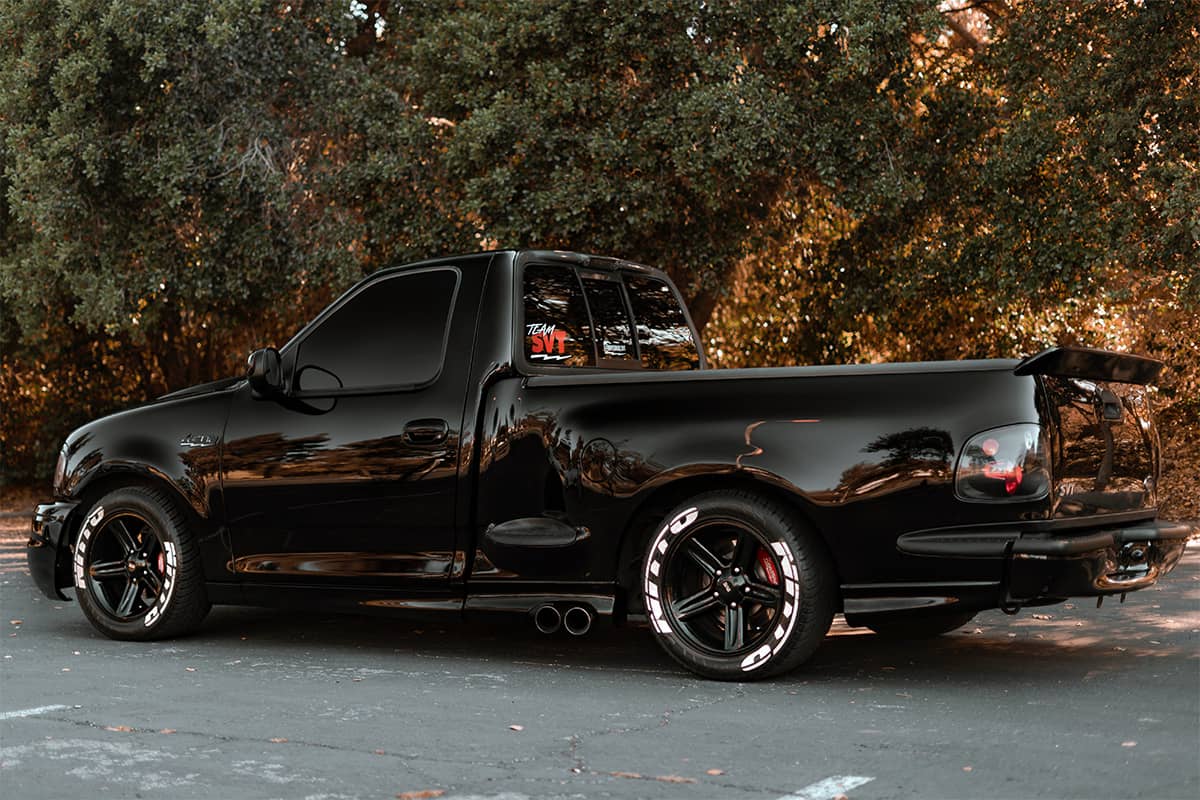 What are your future plans for this truck?
– Honestly, putting a bigger blower. 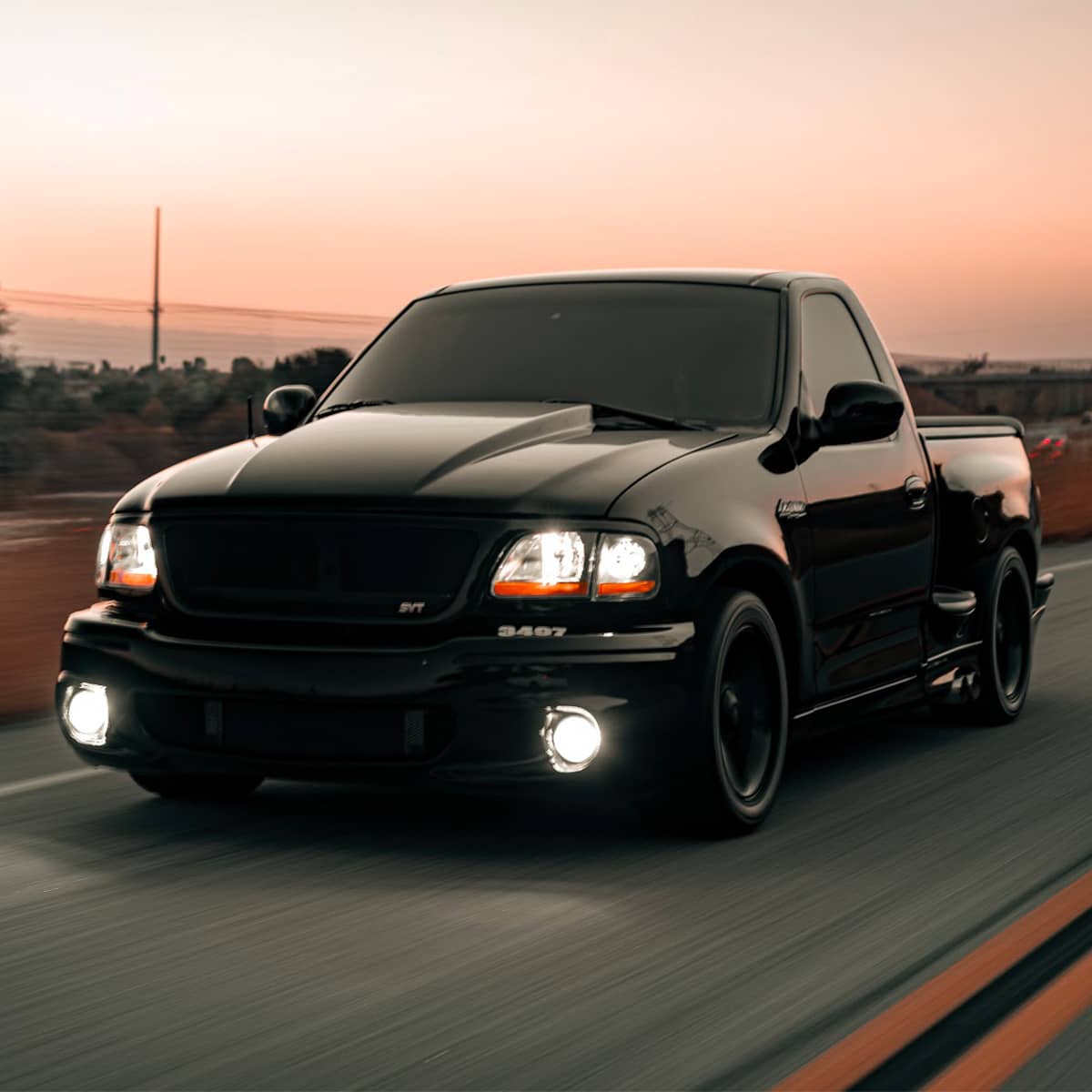 Watch the progress and find out more about this Ford F150 SVT Lightning project by visiting the Instagram profile of the owner: @pedroo.svt!