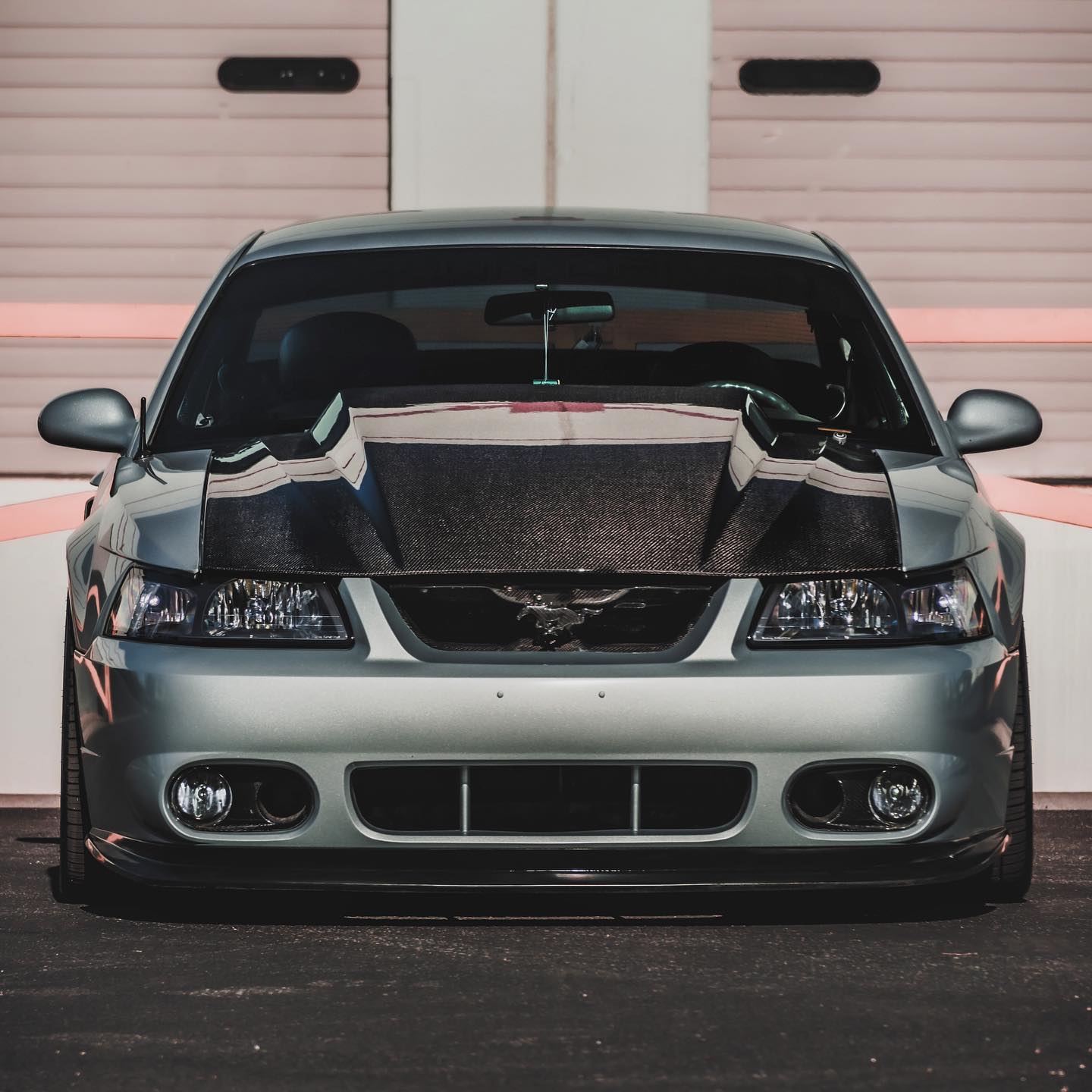 If you remember the 90s and early 2000s, chances are high that a New Edge Mustang was your dream car ever since you’ve seen one on the pages of printed car magazines that were still around back in the day.

When this car first rolled off the assembly line, it was clear that it was a new breed of muscle car, unlike the Catfish Camaro produced on the outdated F-body platform since the 70s. With its powerful engine and sleek design, the New Edge turned heads and took the competition by storm. In this article, we’ll dive deep into the New Edge Mustang topic and answer all your questions about this model. So let’s start with the basics!

Contents hide
1 Were there any other New Edge Fords?
2 List of all Ford New Edge Models
3 What is a New Edge Mustang?
4 2V and 4V Engines
4.1 Slammed Ford Mustang 5.0 With GT500 Front Bumper and Airlift 3p Suspension
5 What is a Terminator Mustang?
6 What is New Edge Mach 1?
7 Market Success
8 Conclusion

What is New Edge design-wise?

New Edge was the new design theme developed by the Ford team which marked the transition from soft rounded shapes popularized in the 90s to more aggressive edgy shapes of the 2000s. It was a common tendency in the vehicle design of this era, so Ford was not the only brand to implement this move. In the mid-2000s the New Edge styling was replaced by the Kinetic Design key.

New Edge was a design language used by Ford Motor Company for many of its passenger vehicles in the late 1990s and early 2000s and initially authored by Jack Telnack, who served as Vice President of Design for Ford from 1980 to 1997. – Wikipedia 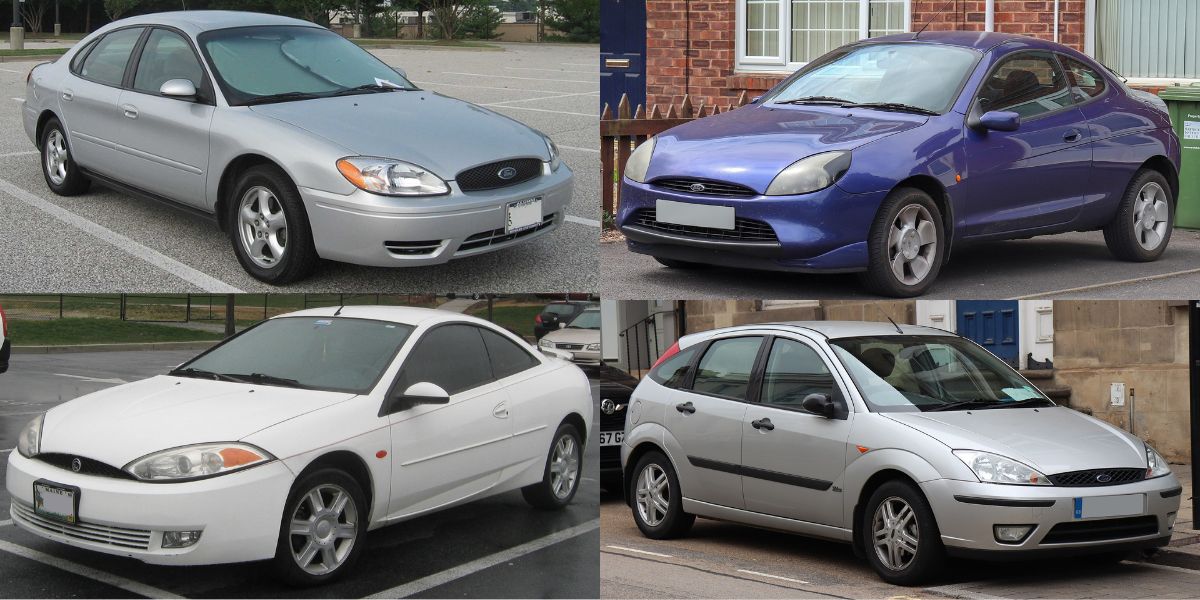 Were there any other New Edge Fords?

Actually yes, this styling key has found the reflection in the cars like Focus, Taurus, Windstar and Mercury Cougar. But it’s safe to say, that 1999-2004 Mustang was the most successful take.

What is a New Edge Mustang?

New Edge Mustang is the redesigned SN95 model produced by Ford between 1999 and 2004. Despite the radical change in appearance, it’s still a 4th gen Mustang which shares the majority of the internal components with the 1993 model, that’s why so many people confuse it with a separate model. 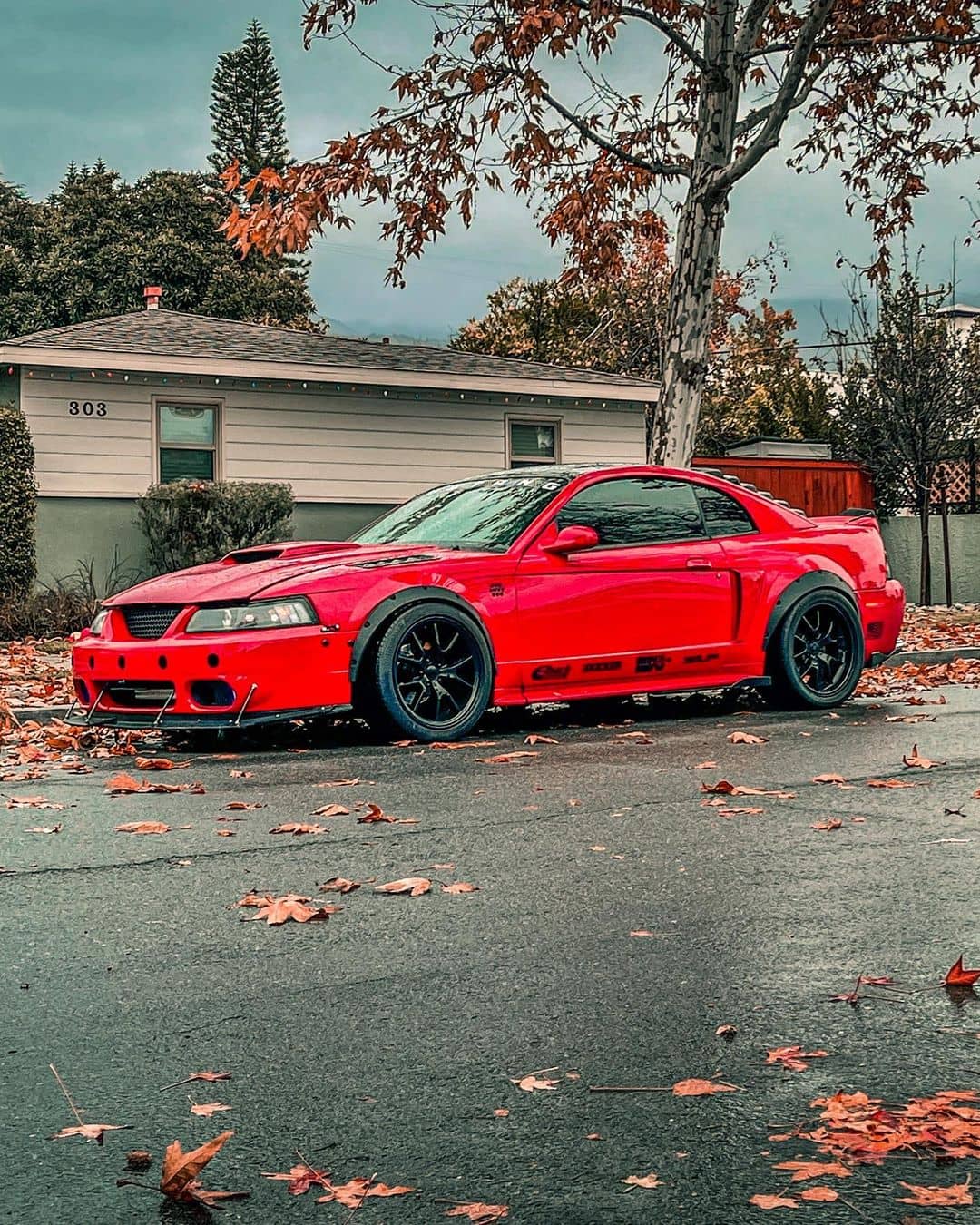 The New Edge Mustang hit showrooms in early 1999 and featured a number of improvements over the previous SN95 platform. The most notable changes were cosmetic, but there were also some essential upgrades under the hood. The New Edge Mustang was available in several impressive iterations, making it one of the most popular Mustangs of all time.

“Perhaps the 2004-2006 Pontiac GTO model didn’t bring many sales because GM stuck with that outdated “soft rounded” shape, that should have been abandoned in the late 90s”

The New Edge Mustang featured a more aerodynamic design than its predecessor, with a sloped hood and fenders that gave it a sleek, modern look. The car was also available in a wider range of colors than ever before, allowing customers to personalize their ride.

Under the hood, the New Edge Mustang boasted an improved suspension and handling system. The car also received new engines for 1999, including a 4.6-liter V8 that could produce up to 260 horsepower. This made the New Edge Mustang one of the most powerful cars on the road at the time.

Ford Mustang New Edge was equipped with a wide range of V6 and V8 engines. The modular V8s included both 2 valve and 4 valve models. The 2 valve model was phased out in 2001, while the 4 valve model remained in production until 2004. Ford also offered a supercharged version of the 4 valve modular V8, which was available from 2003 to 2004 in SVT Cobra models.

What is a Terminator Mustang?

The Terminator Mustang is a Supercharged Ford Mustang Cobra produced from 2003 to 2004. The car was designed by SVT division and features mind-blowing performance numbers, putting all of it’s competition down. Why a Terminator? Perhaps it has got this name after putting the final nail in the coffin of the F-Body Chevy Camaro that went out of production for the next 7 years!

What is New Edge Mach 1?

In addition to its impressive performance capabilities, the New Edge Mustang was also available with a number of creature comforts and other features that made it a joy to drive. Heated seats and leather upholstery were available as options, as was an upgraded sound system. All of these features combined to make the New Edge Mustang one of the most popular Mustangs of all time.

The 1999 Ford Mustang New Edge was a car that turned heads and got people talking. Its sleek design and modern features made it a hit with car enthusiasts all over the world. Now, 20 years later, it is still making waves.

When the Mustang New Edge first rolled off the assembly line, it was clear that this was a new breed of muscle car. With its powerful engine and sleek design, the New Edge turned heads and took the competition by storm.

Today, the New Edge is still a force to be reckoned with. Its 5.0L V8 engine delivers an impressive amount of power, while its updated suspension and brakes provide exceptional handling. And with its timeless design, the New Edge continues to turn heads everywhere it goes.

What makes the New Edge so special? It could be its bold design, which pays homage to the Mustang’s rich history. Or its powerful engine options, which include a 5.0-liter V8 that produces up to 460 horsepower. Whatever the reason, the New Edge is a legend, and it’s sure to turn heads for years to come.