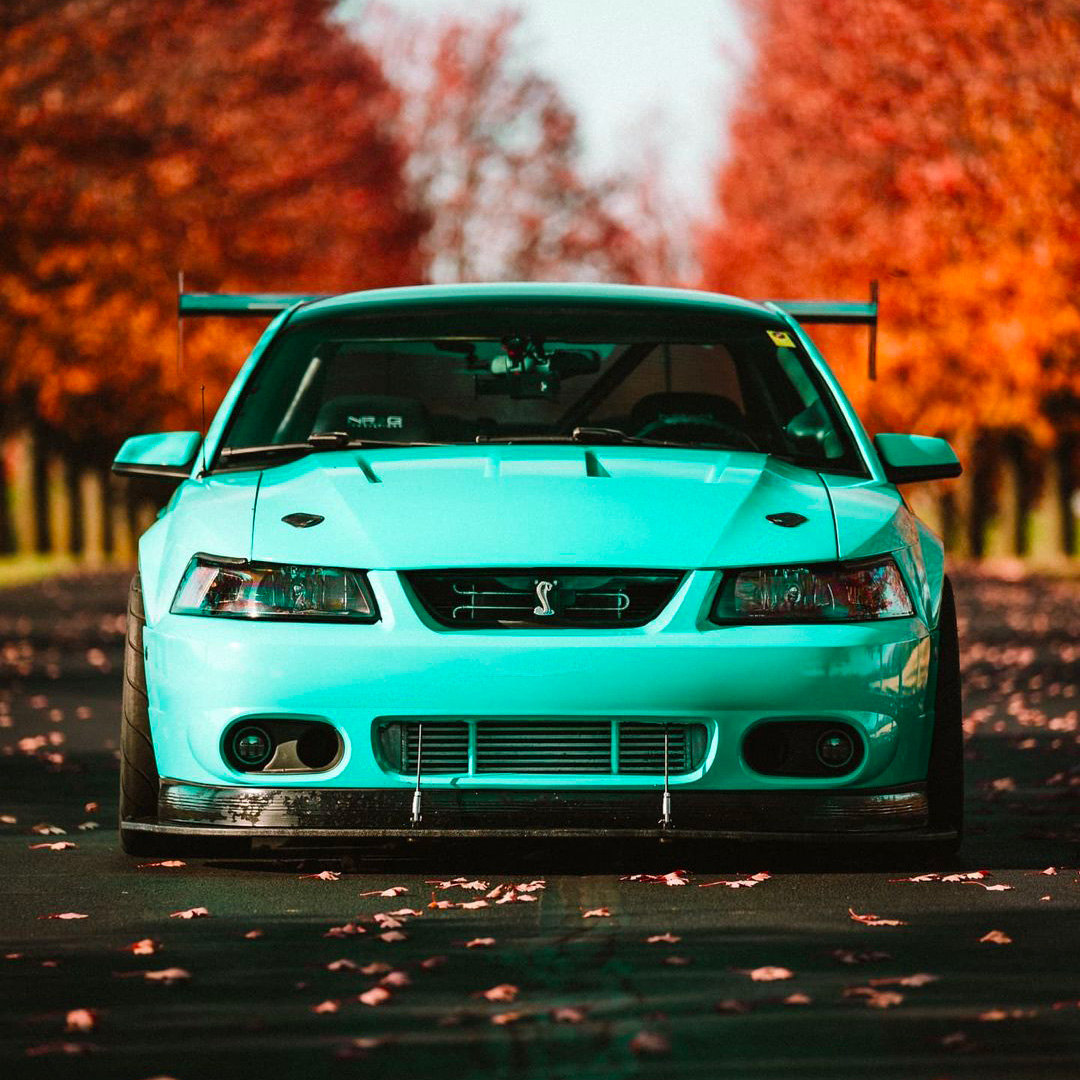 2003-2004 SVT Cobra remains one of the most popular SN95 Mustangs among enthusiasts. Thanks to its huge potential for modifications, the SVT Cobra can be easily modified to improve its performance dramatically. So if you’re looking for a Mustang that can be transformed into a true performance machine, the SVT Cobra is a perfect choice.

Today’s feature is dedicated to this awesome turbocharged 2003 Ford Mustang Cobra owned and built by Zeke Malchow from Wisconsin. This Terminator Cobra has undergone lots of performance upgrades, making it one of the fastest Mustangs around. Under the hood, there’s a tried and tested modular V8 with a custom turbo setup that produces an incredible amount of power. The suspension and brakes have been upgraded as well, so this Mustang can handle the extra power and speed with ease.

“Upon its debut, the 2003 SVT Cobra “Terminator” Mustang represented a major seismic event in the OE high-performance space, breaking the ceiling (again) in the horsepower battle between Ford and GM.” – HOTROD Magazine

As you approach this Ford Mustang, the first thing that catches your eye is its stunning teal color. The black exterior accents perfectly complement the New Edge SN95, with beefy tires giving it a wide and aggressive stance. But what really sets this Mustang apart is its track-spec Ninelives racing big wing kit. The massive rear wing provides downforce and stability at high speeds, making this Mustang a force to be reckoned with on the track. 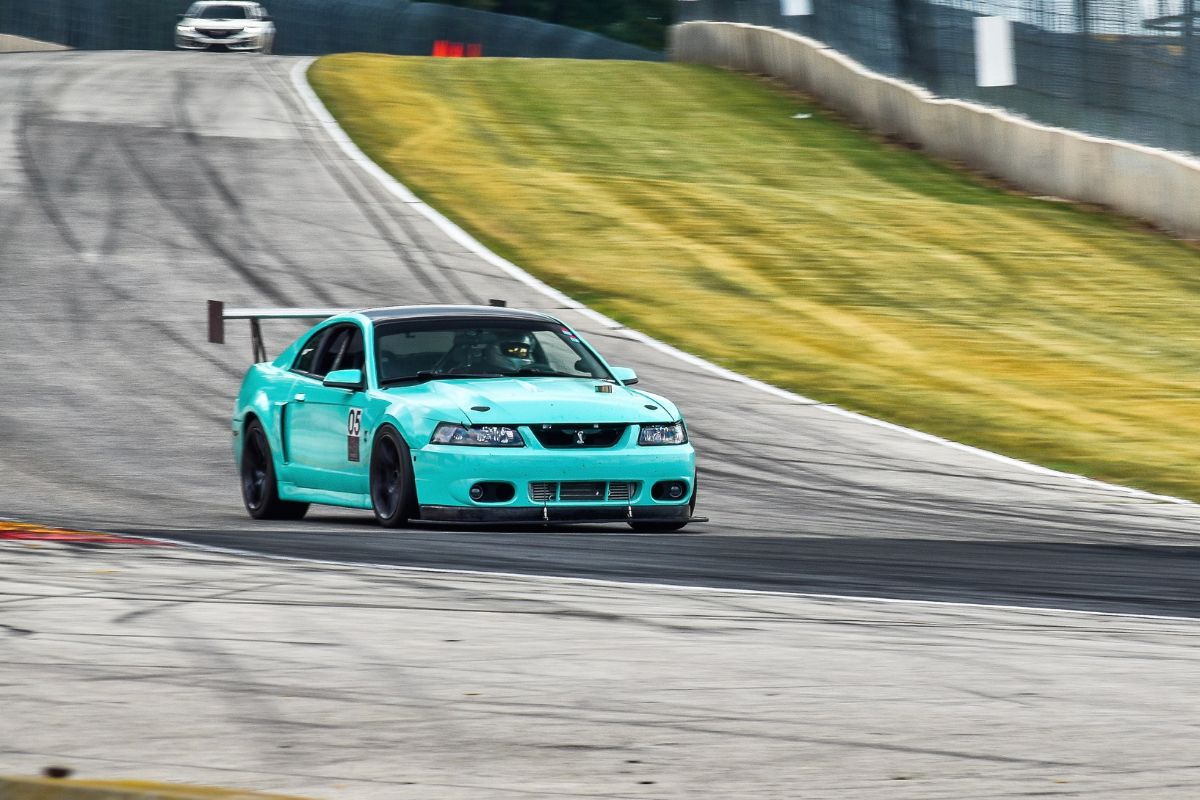 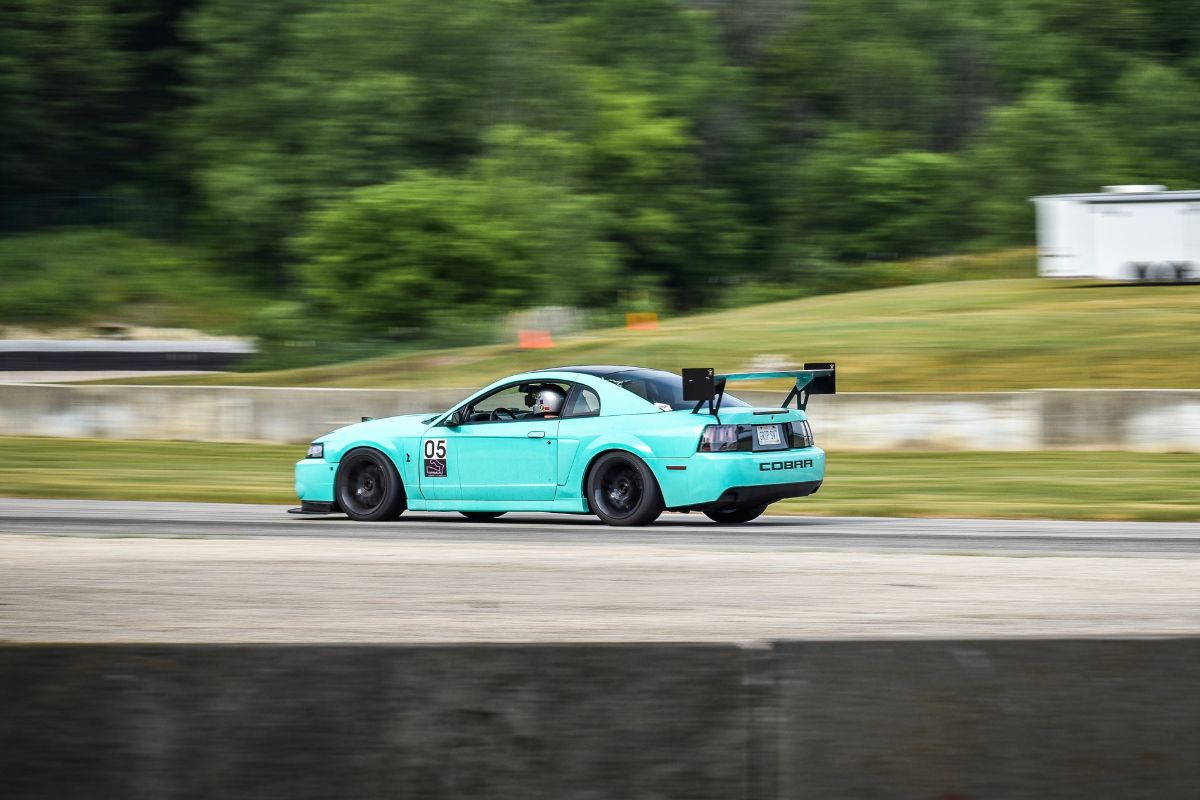 Among the performance upgrades on this mint Cobra are Vibrant Performance Intercooler, Tial sport Blow Off Valve, SCT Performance slot style MAF, and cool hood-exit exhaust. These upgrades help to improve airflow and engine cooling, and they also contribute to the unique sound of the Terminator Cobra. 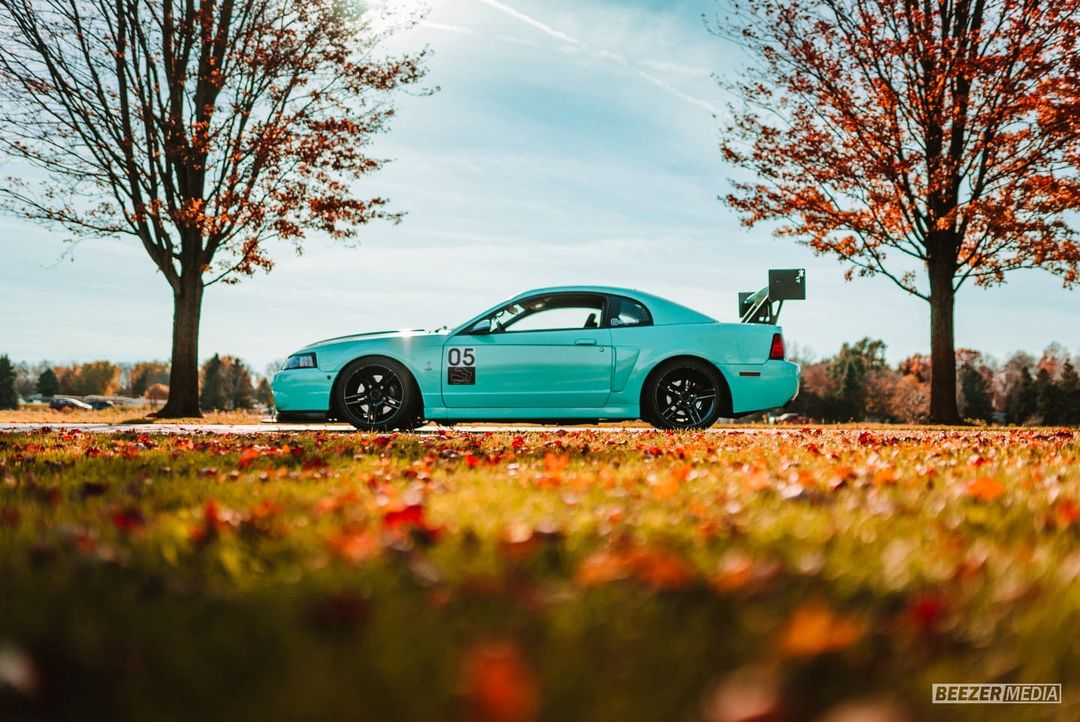 The handling and grip have been improved with the addition of a more aggressive wheel and tire package. It has been lowered with a Maximum motorsports suspension and outfitted with 18×10 American Muscle GT500 Replica wheels all around, wrapped in sticky 275/35R18 performance tires. The car sits low and looks great on the street or at the track. With the added grip, it’s able to corner harder and faster, making it a blast to drive. 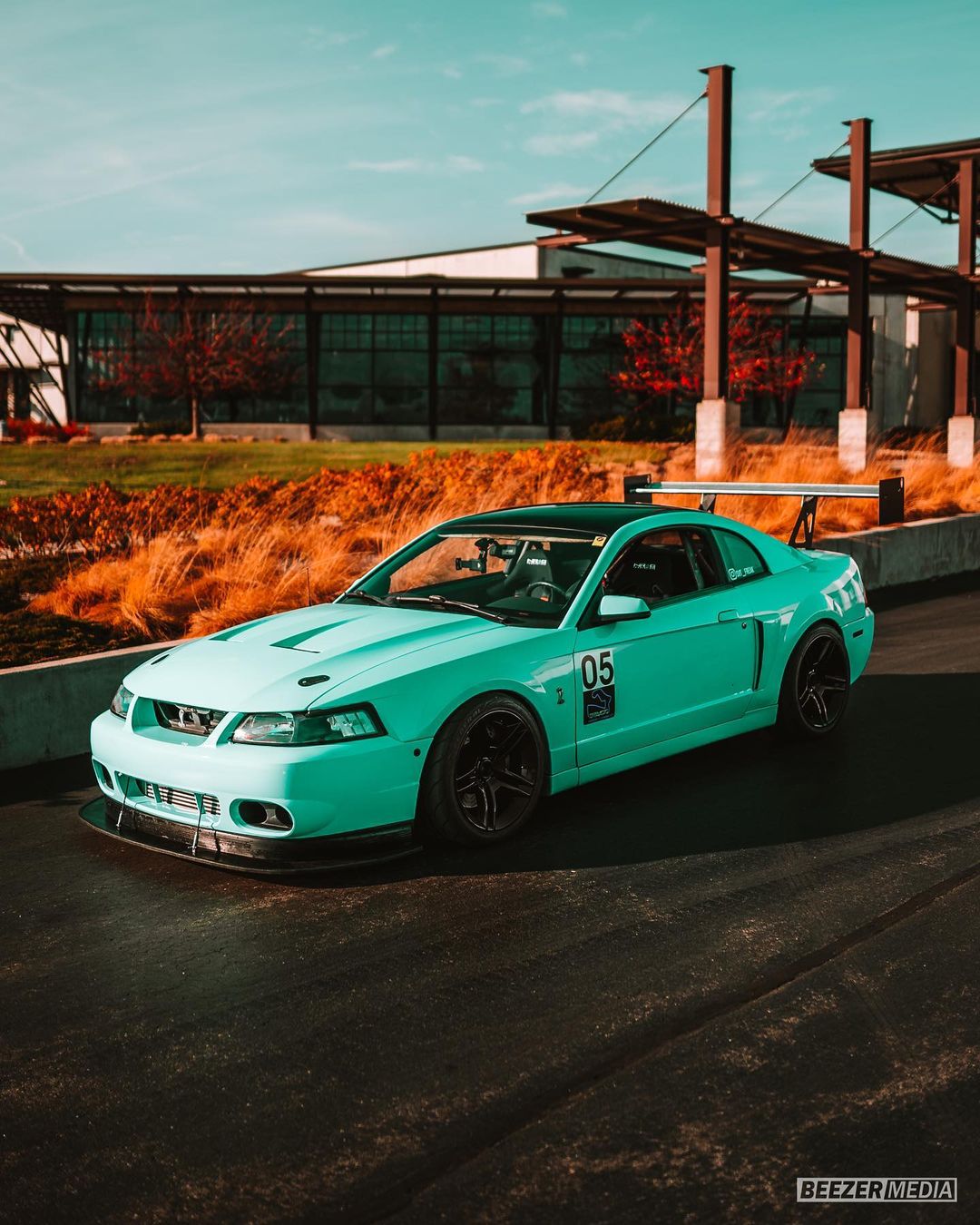 “Debuting in the spring of 2002, the 2003 Cobra came with a supercharged, 32-valve DOHC, 4.6-liter V8 engine rated at 390 hp (291 kW) and 390 lb⋅ft (530 N⋅m) of torque. Code-named “Terminator” by the SVT development crew led by John Coletti,: 22  numerous improvements were made to the powertrain and driveline to handle the power increase from the previous model’s set-up. ” – Wikipedia 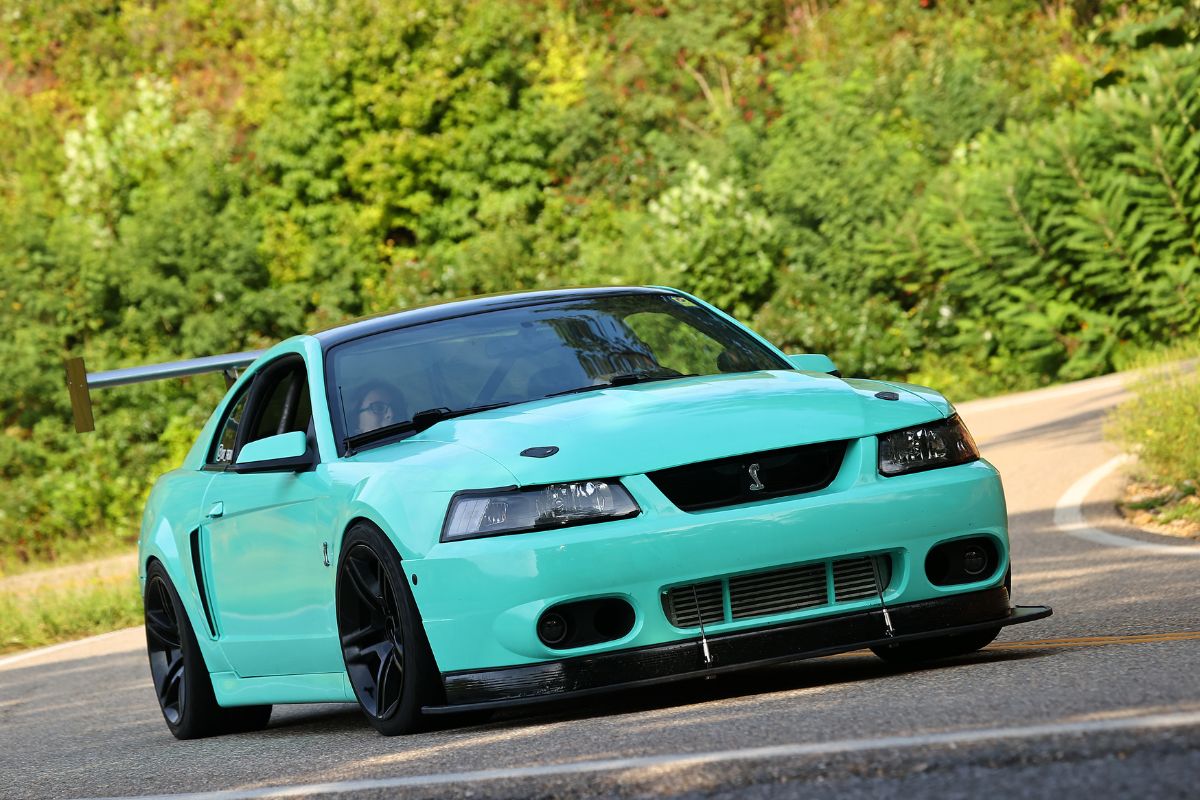 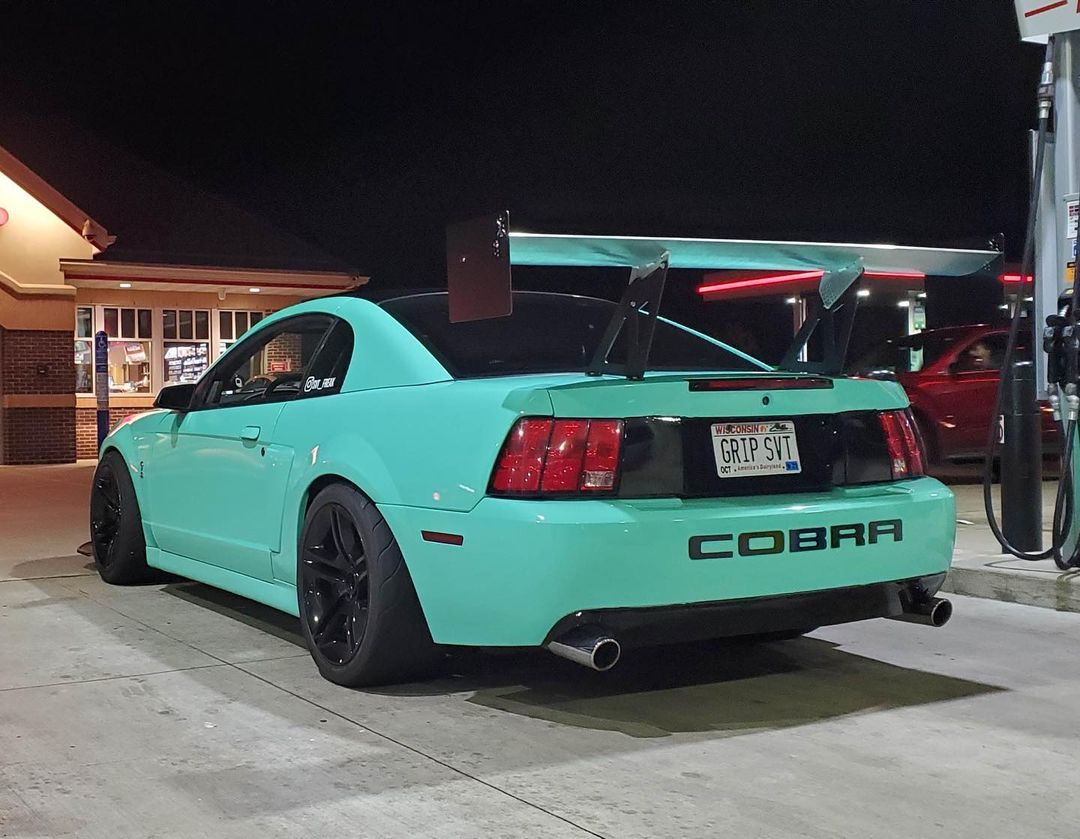 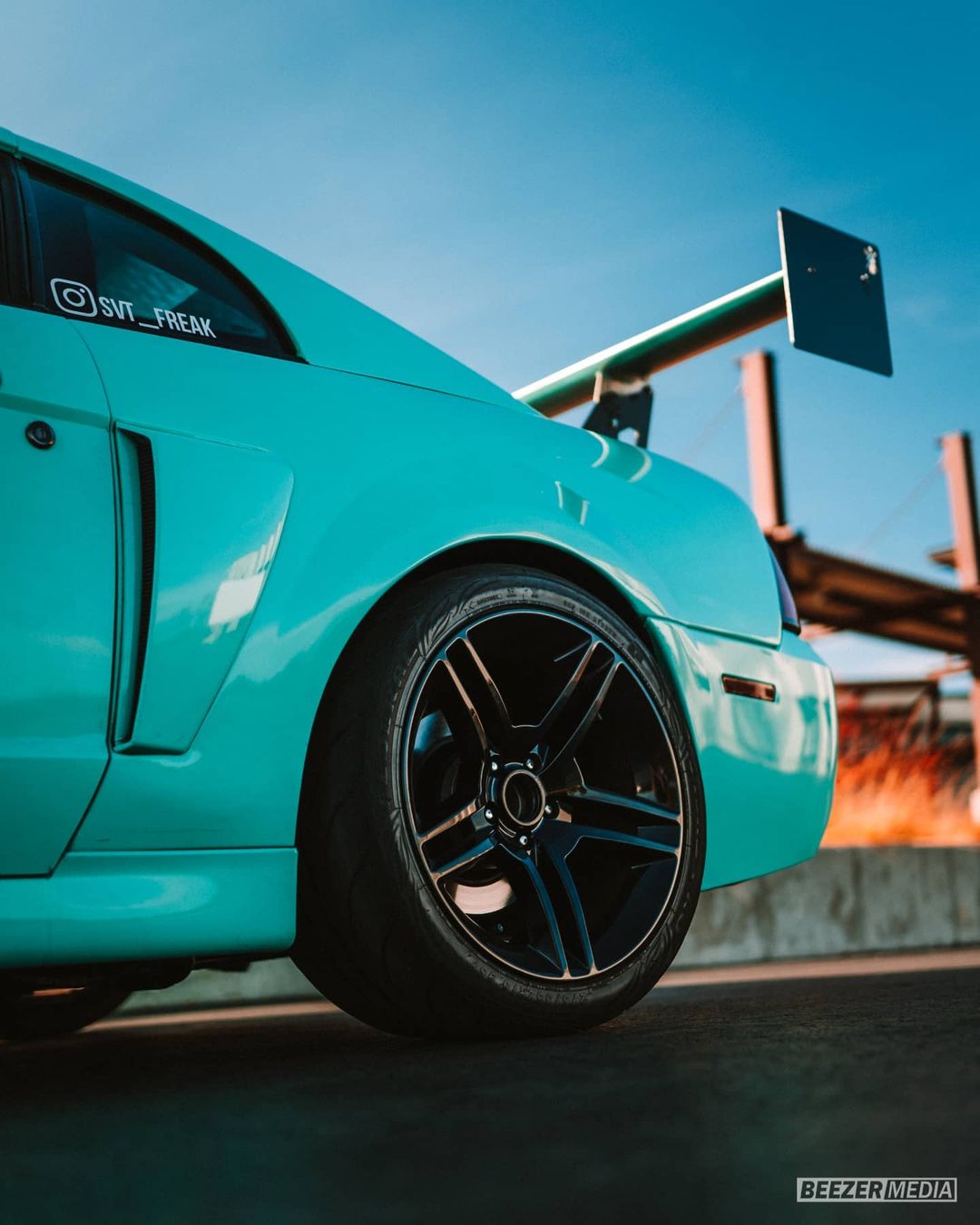 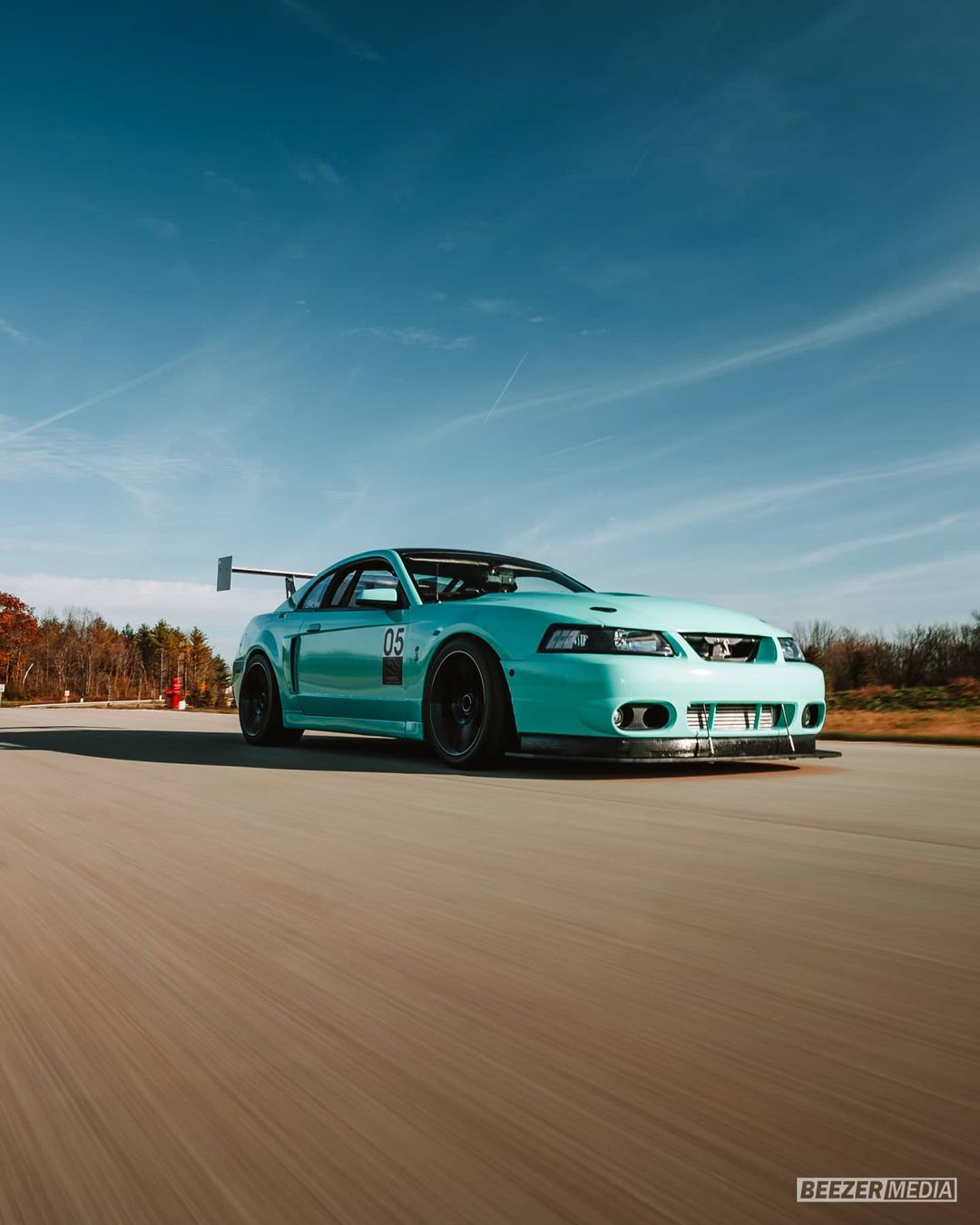 Conclusion
With all these upgrades, Zeke’s Mustang became a real adrenaline getter. The result is one seriously mean machine that’s capable of churning out an impressive amount of power. But it’s not all about brute force with this Mustang; it’s also got the handling chops to back up its horsepower. With its lowered stance and sticky tires, this pony is ready to take on even the most challenging competitors.

Watch the progress and find out more about this Ford Mustang project by visiting the Instagram profile of the owner: @svt_zeke!