Named after a small, vicious animal that eats Mustangs (as carmaker’s PMs noted), the Chevy Camaro was designed and positioned as main or at least one of main competitors to the legendary Ford Mustang. The model with the “bowtie” emblem on the grille has earned its own army of followers and can boast solid production numbers. It is still on the run today and continues to provide car enthusiasts with excellent driving experience. 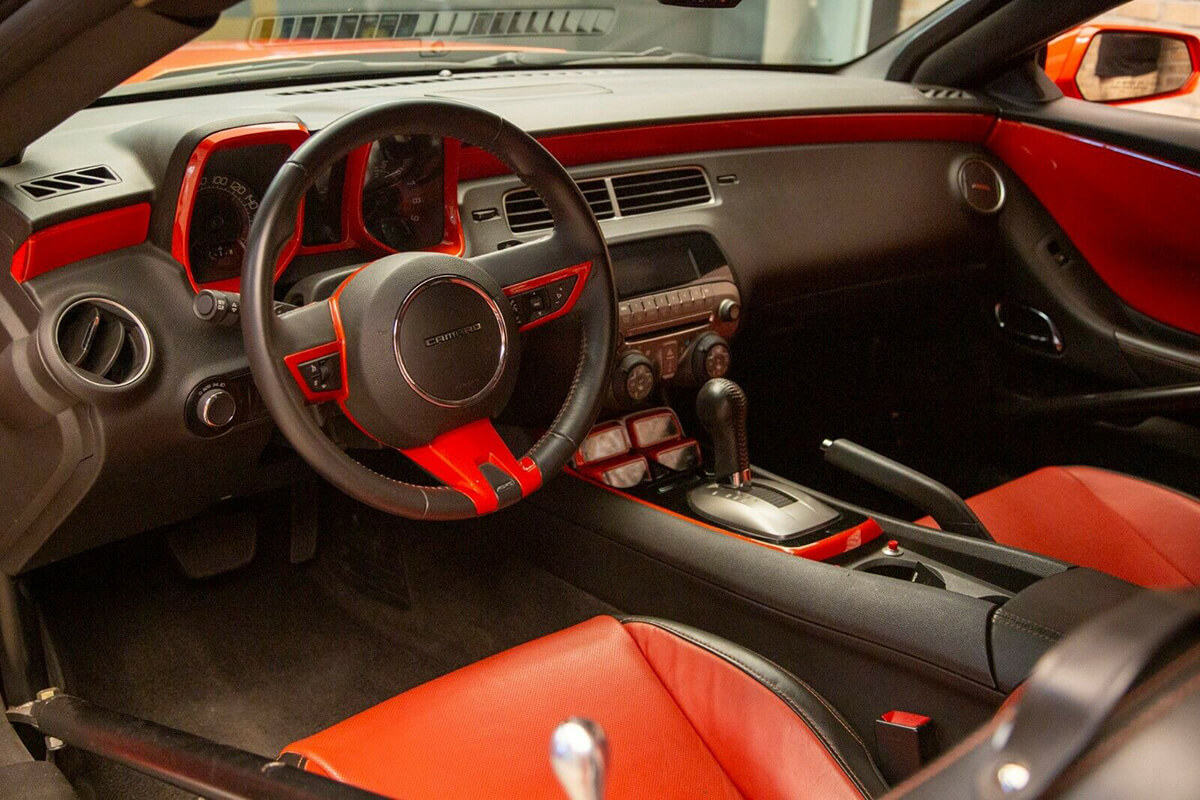 The SS badge usually designated the most powerful and sometimes the most stylish versions of the Chevy Camaro. And the fifth generation (marketed for 2010-2015 model years) is no exception. There were two SS models employing either manual or automatic transmission. They both came with 6.2 L V8 under the hood, but different versions of it with different power output.

The manual Camaro SS was a bit beefier delivering 26 hp more in comparison with an automatic variant, though the latter was more fuel effective thanks to an advanced Active Fuel Management system.

Right here you can browse photos and info about one of these excellent top-trim Camaros SS featuring an incredible inferno orange color. The interior is orange as well (with black inserts), to emphasize the uniqueness and outstanding power of the car. Of course, the vehicle comes with a number of other modifications too. 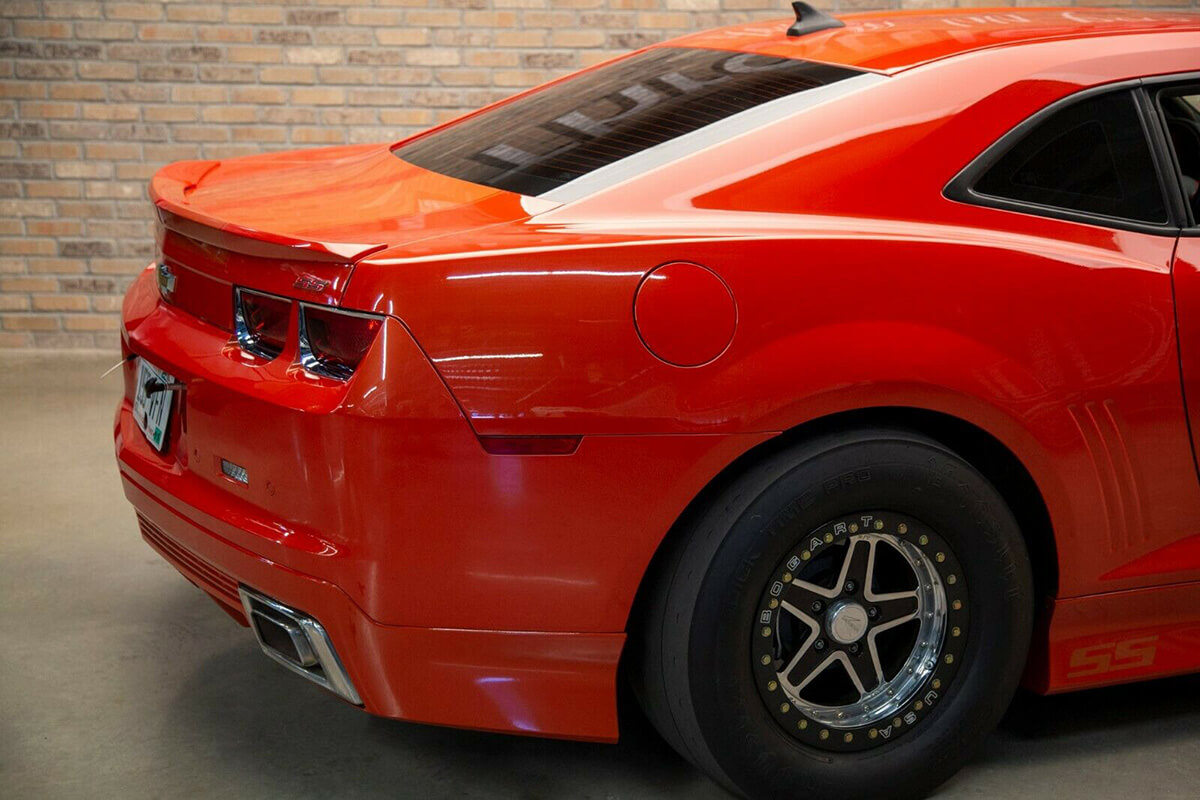 The Camaro SS rides on custom wheels by Bogart wrapped in Hoosier Quick Time tires. It utilizes 50/50 shocks in the rear and 90/10 ones in the front. There is a 9” differential by Ford in the rear too, along with Thompson race parachute, solid cradle bushings by Pfadt and drive shaft and half shafts by DDS. 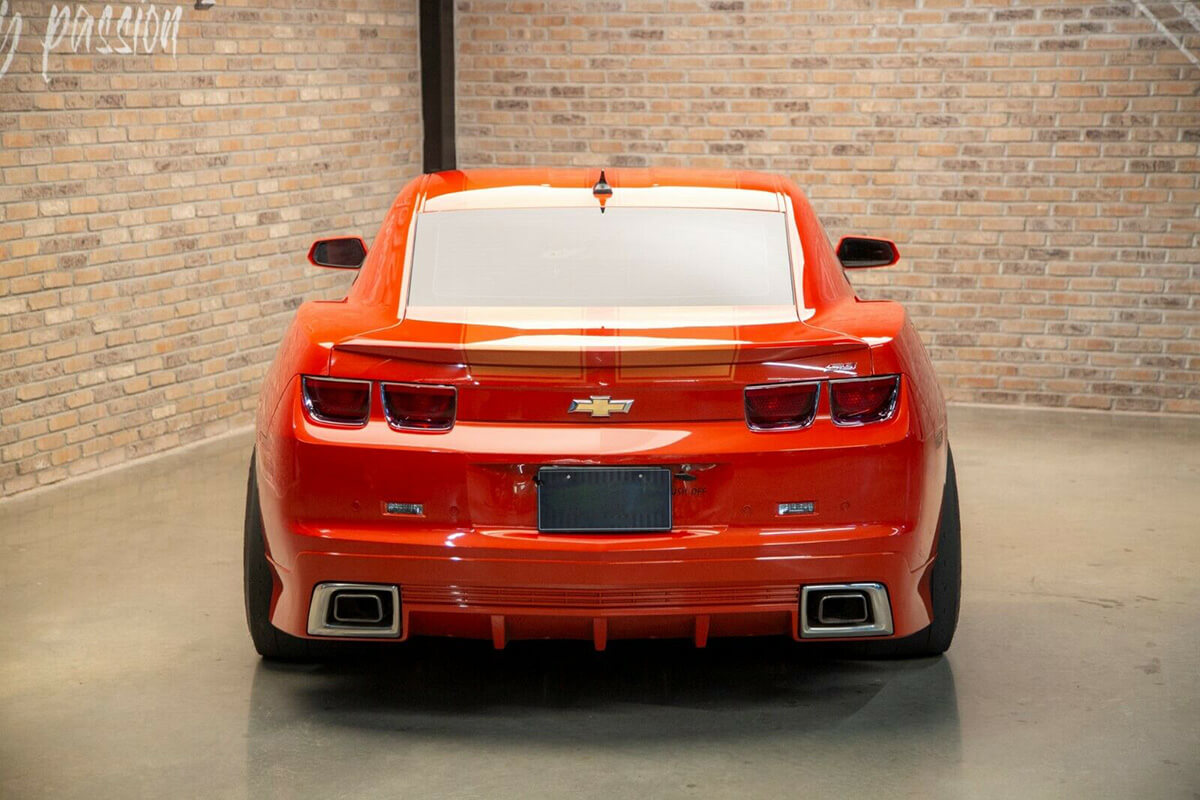 As for the powertrian, it underwent lots of various upgrades and now can provide you with incredible 1075 hp and 900 lbs/ft (858 hp and 720 lbs/ft delivered to the tires).

It is achieved thanks to an advanced air-to-water intercooler, supercharger by Vortec, Aeromotive stealth fuel pump, long tube headers made of stainless steel, and other components. The power of this incredibly strong engine is transferred through a specially RPM-built transmission and can be properly handled thanks to Trans brakes. 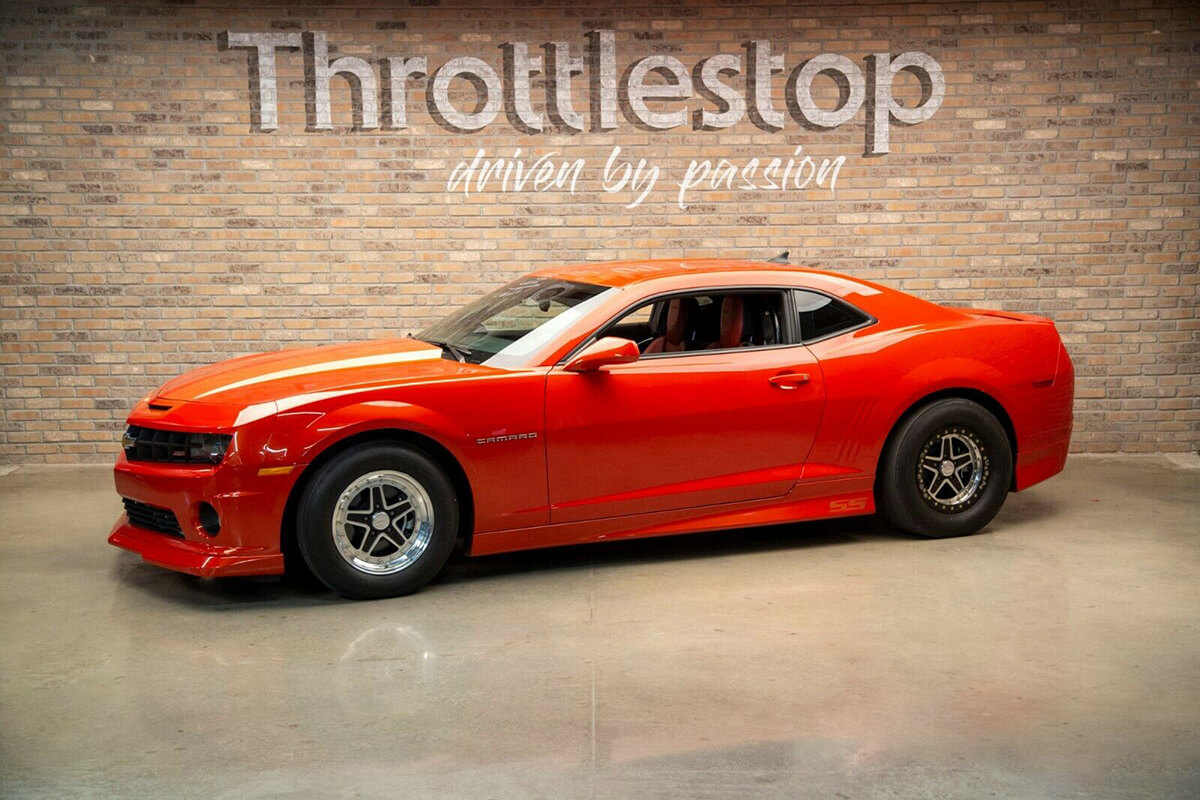 This highly notable Chevy Camaro SS has less than 14 thousand miles on the chassis and can become yours for $42,900.