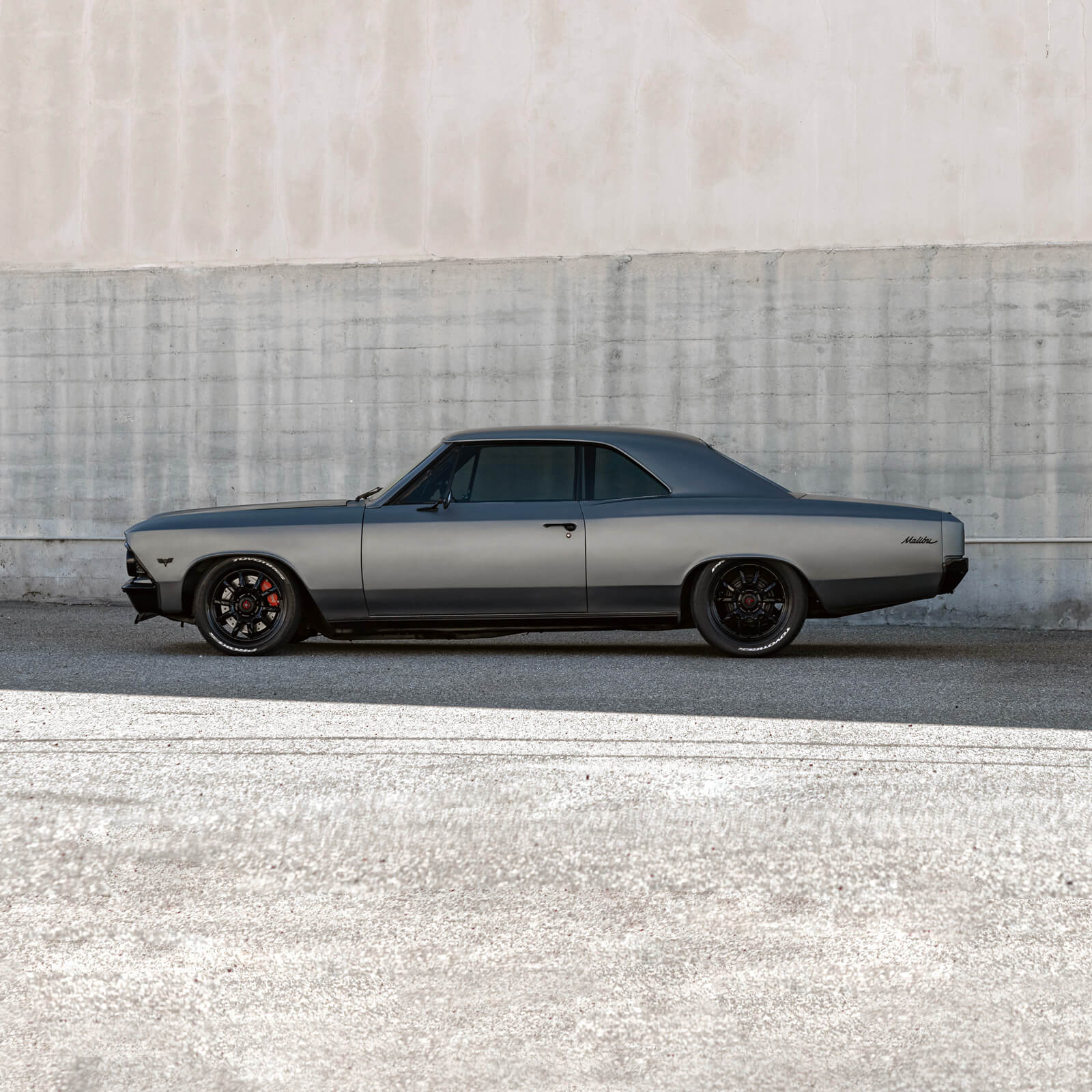 With the new era of electric cars being right around the corner we already begin to miss the good old American iron with high displacement V8s and sexy muscle car appearance.

Our today’s feature is dedicated to one of the most iconic muscle cars of the late 60-s – a 1966 Chevy Chevelle, owned, restored, and modified by a life-long enthusiast Fran Bertagni, from Fountain Valley, CA. This project started off as a sad old Malibu with no character, which evolved into a stylish pro-touring muscle car throughout the next decade. 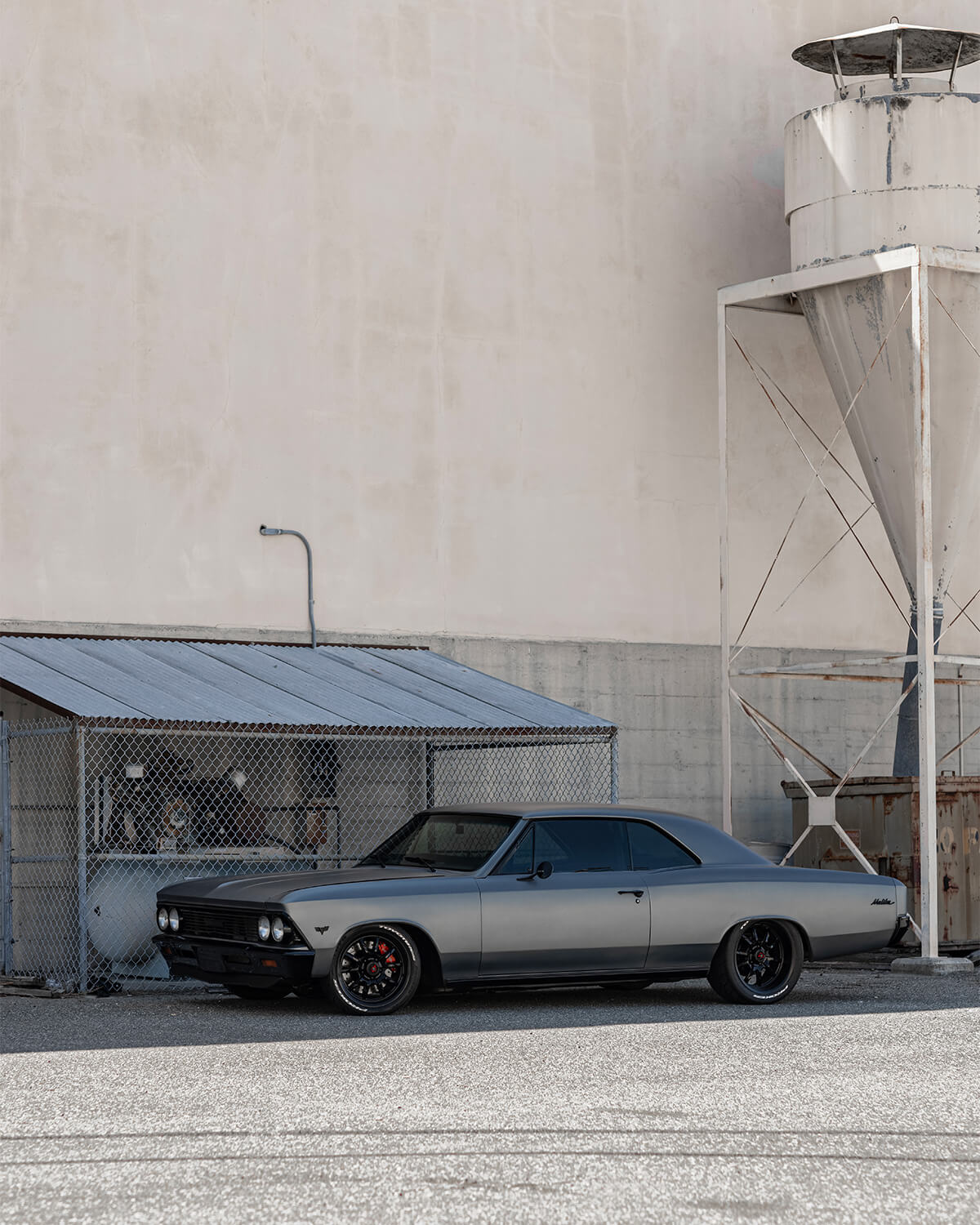 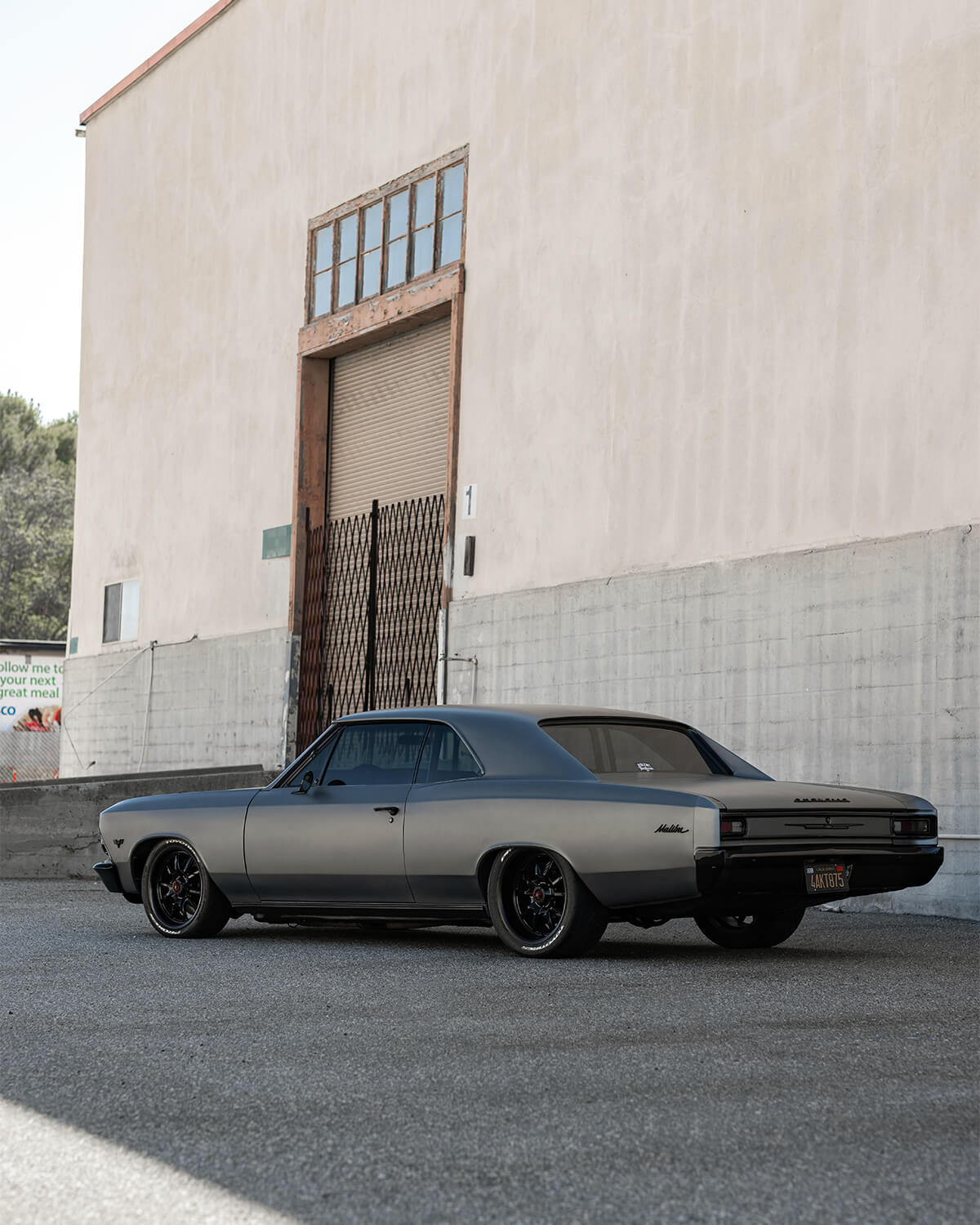 The original goal of the owner was to make it reliable enough to drive daily and look awesome while doing it. He decided to go against the grain and get it painted in a stealthy-looking matte—grey color completed by @hillviewcustoms, which looks exceptionally well with blacked-out bumpers, wheels, and other trim. 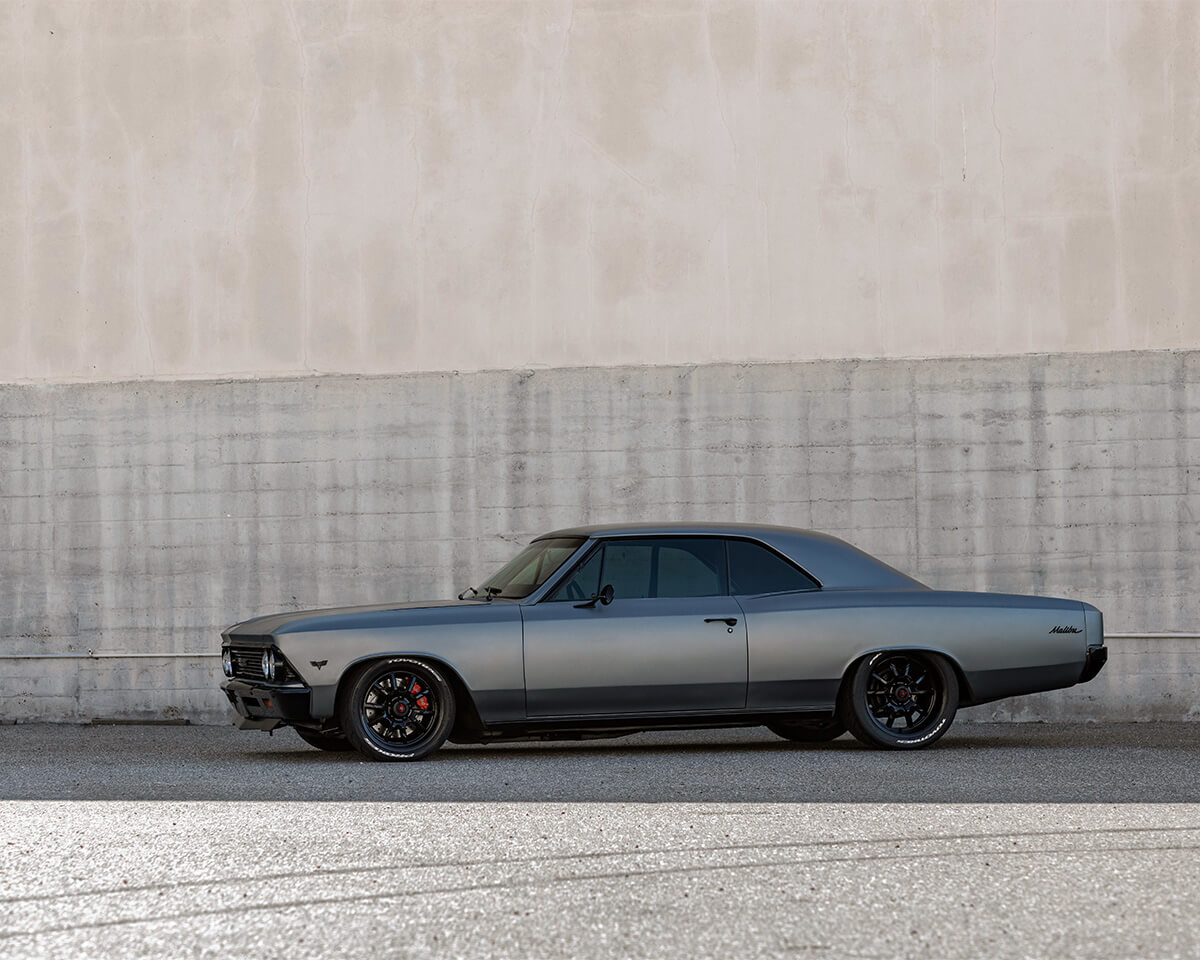 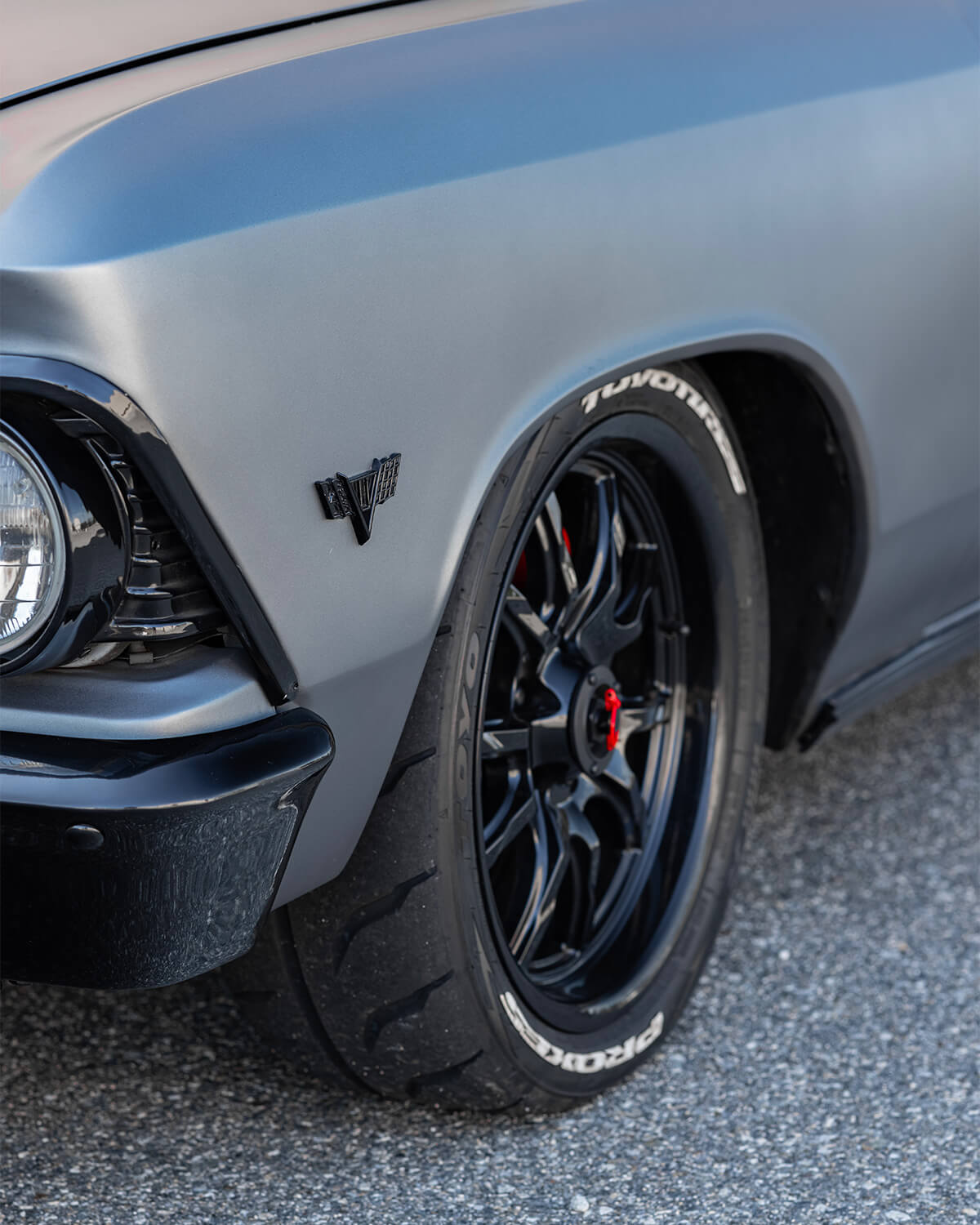 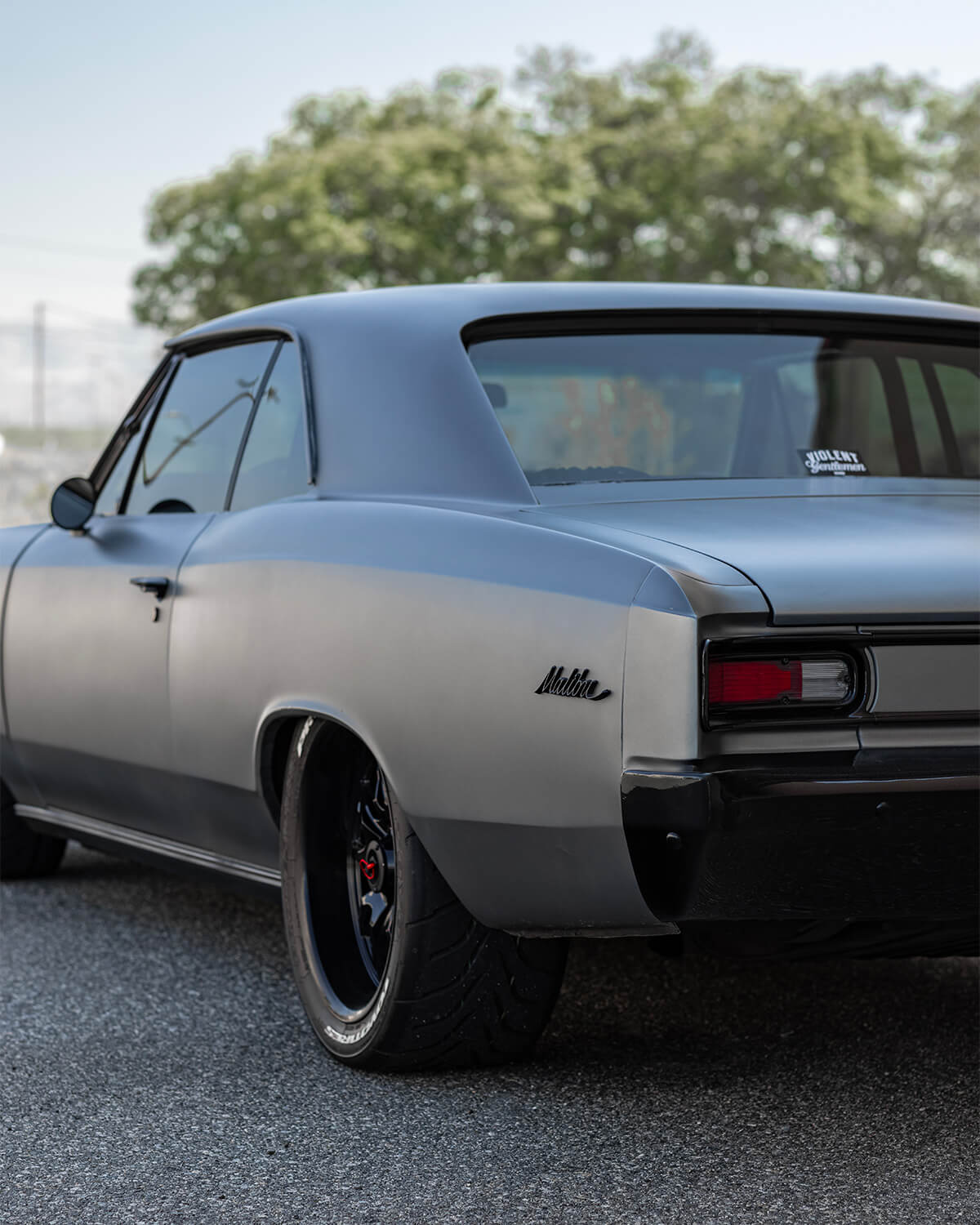 “- I don’t really care what others think of her as some don’t like her style, but on the same token I do get enjoyment from those who agree with it.” 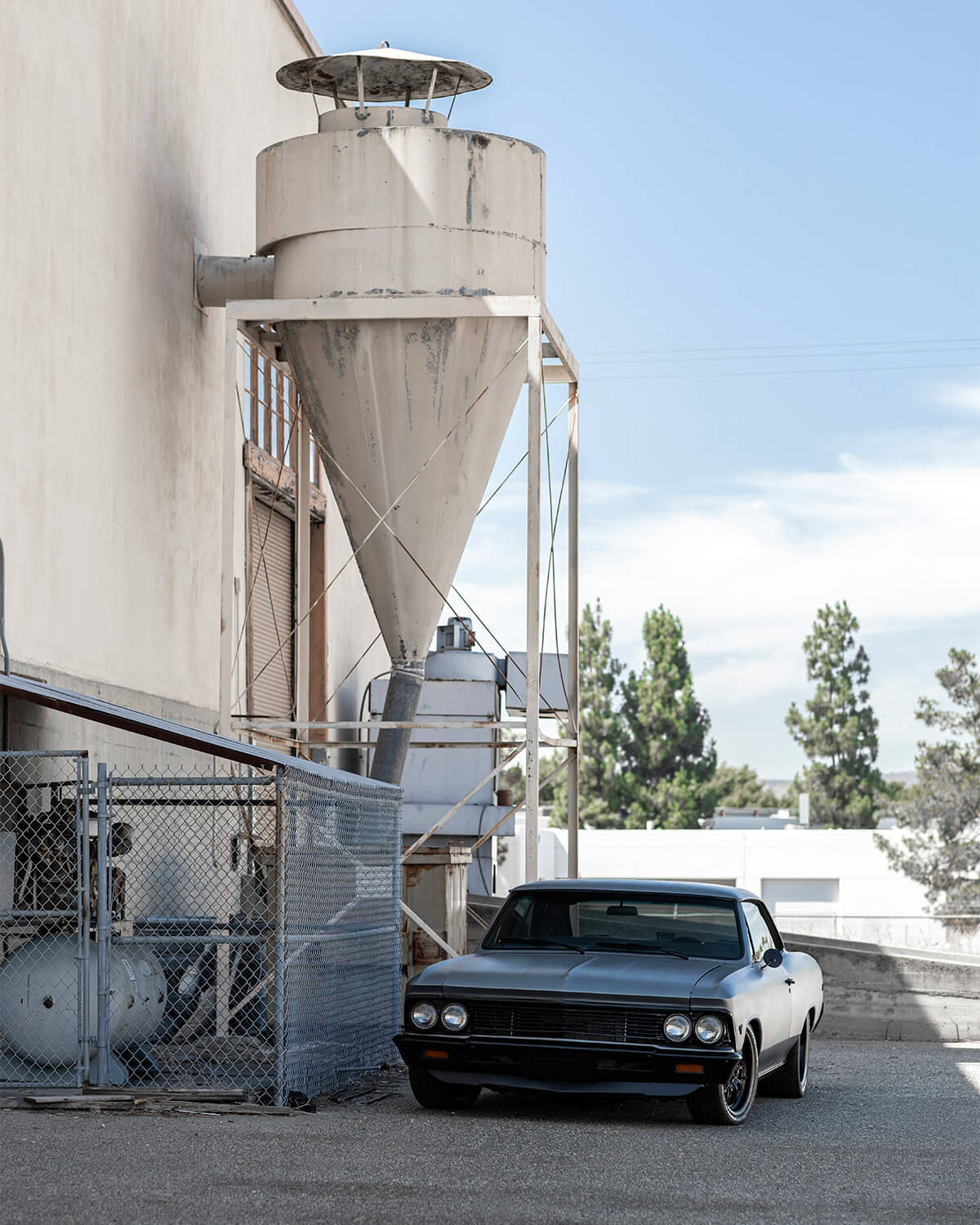 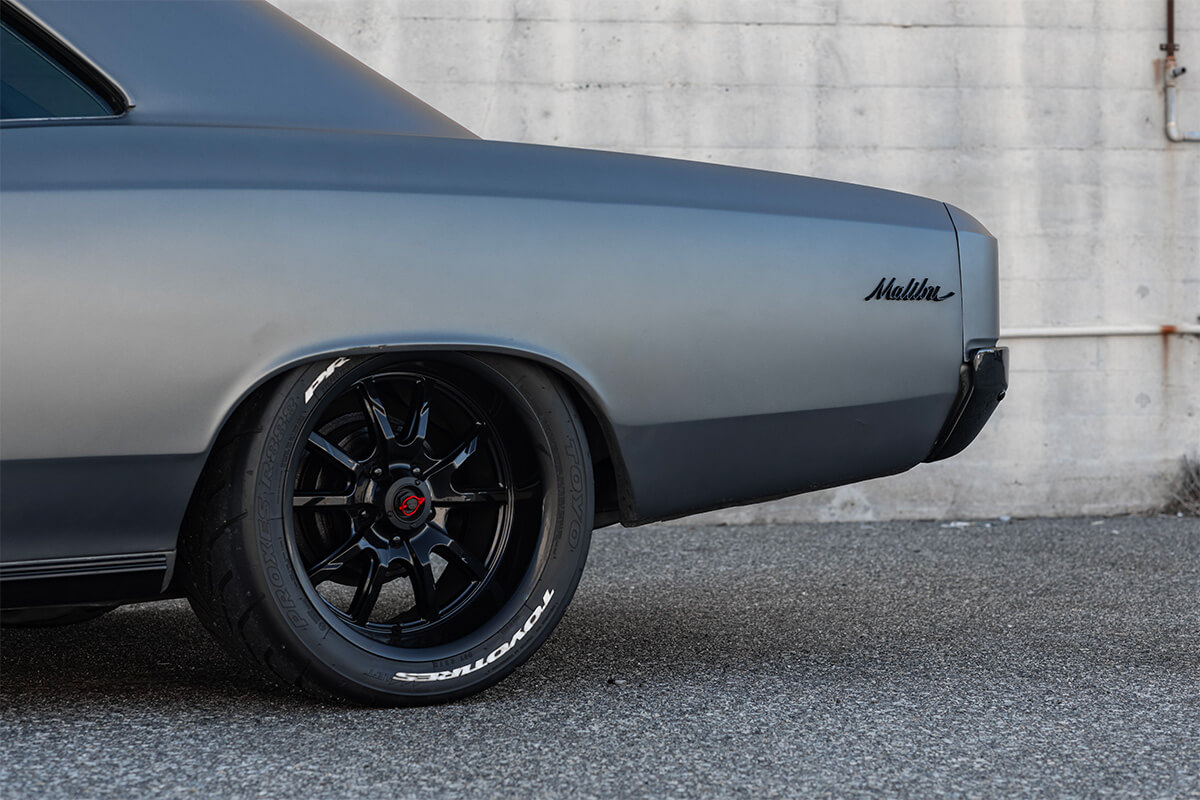 A set of Wilwood big brakes with contrasting red color can be seen through the spokes. They were installed to improve the stopping power and cope with other performance upgrades. 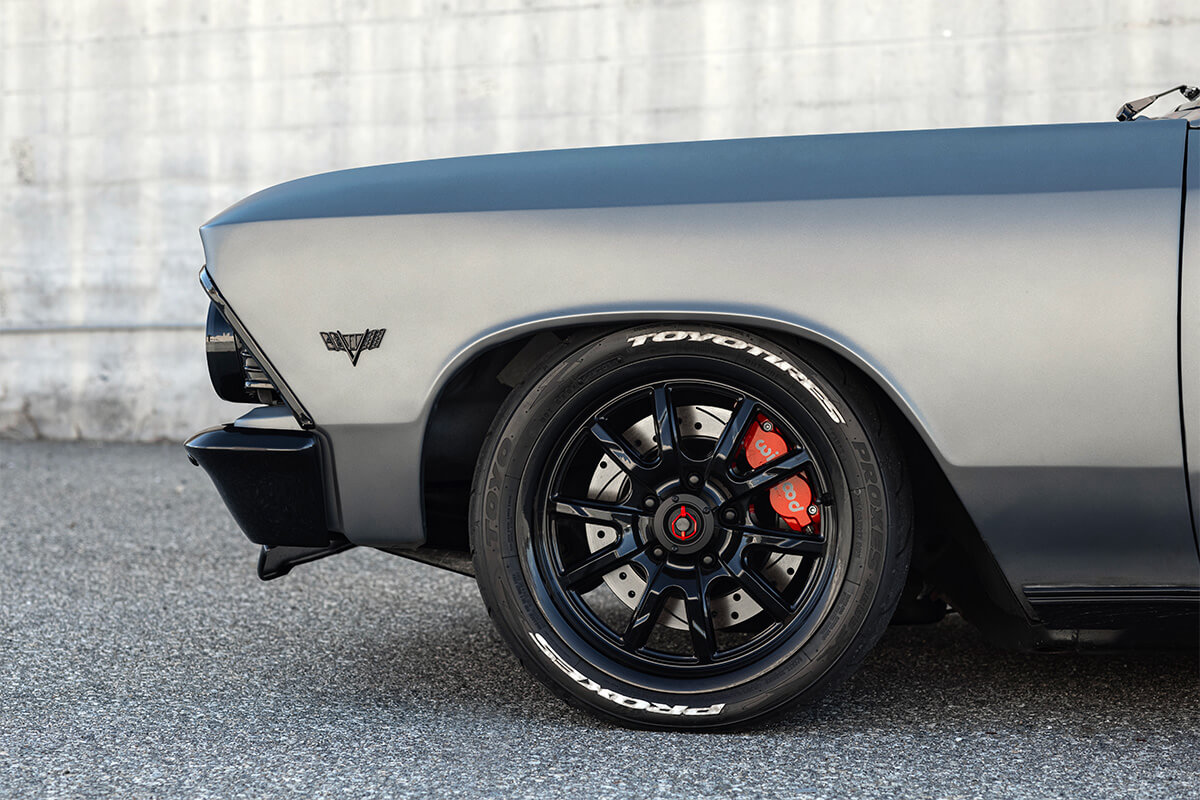 Speaking of performance, the “BigBertha” (this is how this Chevelle is called by its loving owner) has got plenty of upgrades under the hood which include the GM Performance crate engine (SBC 350 – 5.7L small block with 350cui displacement)
COMP cam Thumpr series performance camshaft, Flotek aluminum heads, 700r4 Trans and a 2 row Champion radiator.

“Speaking of performance, the “BigBertha” has got plenty of upgrades under the hood!” 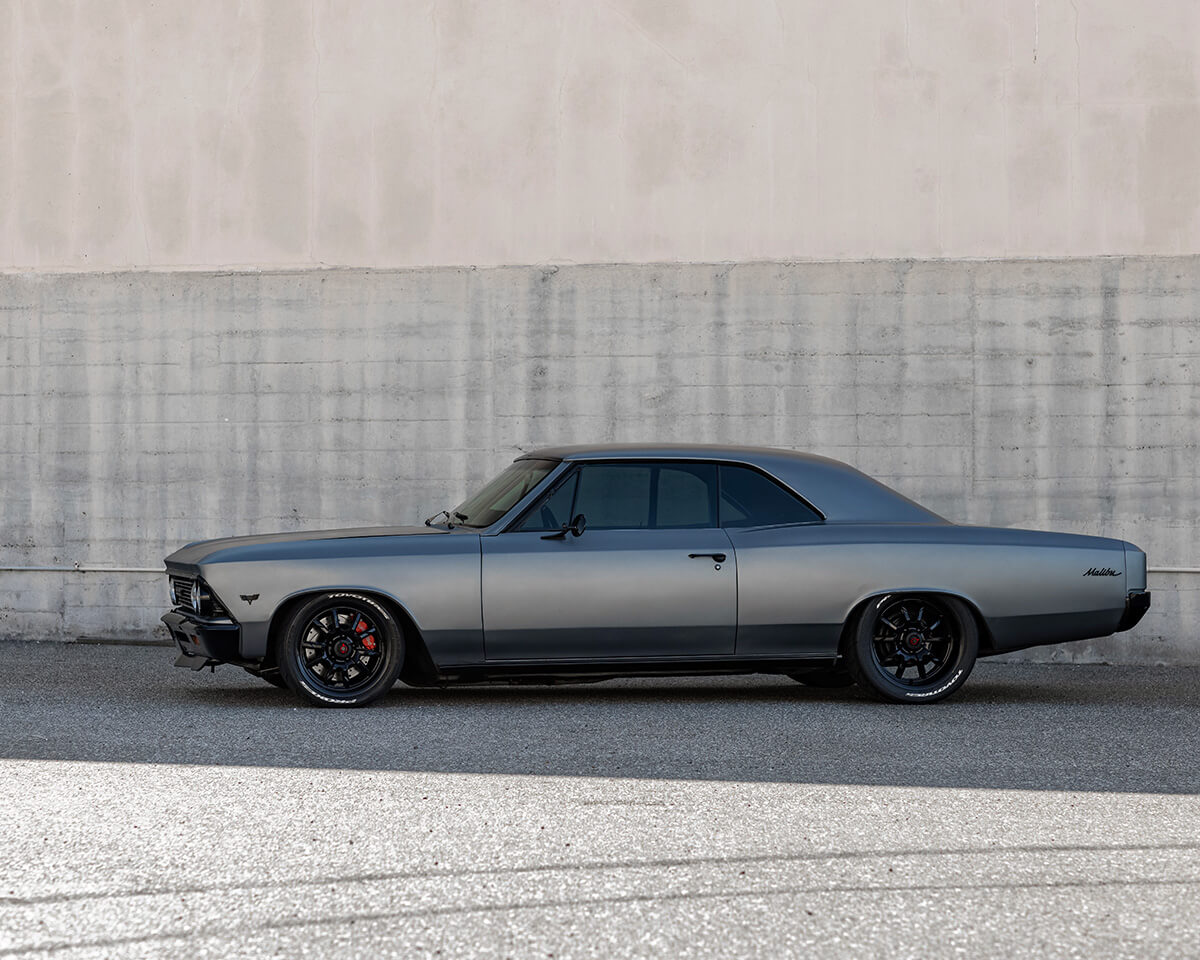 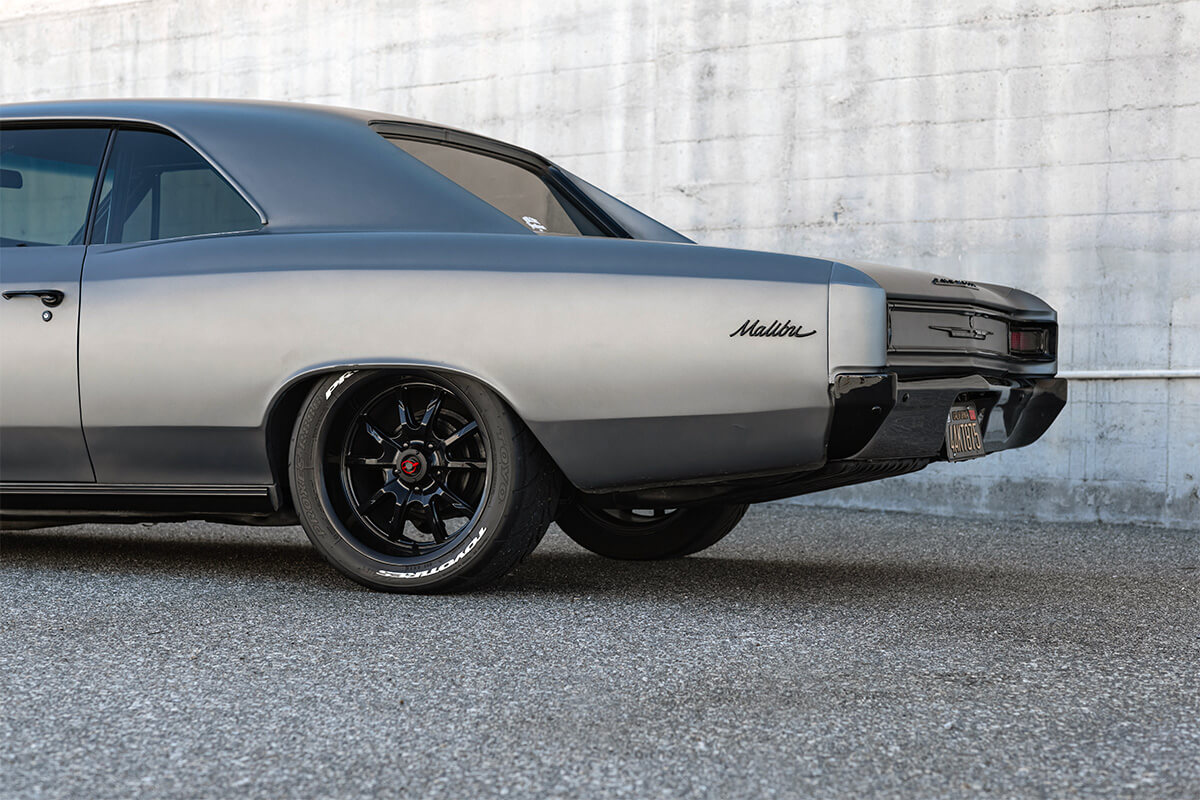 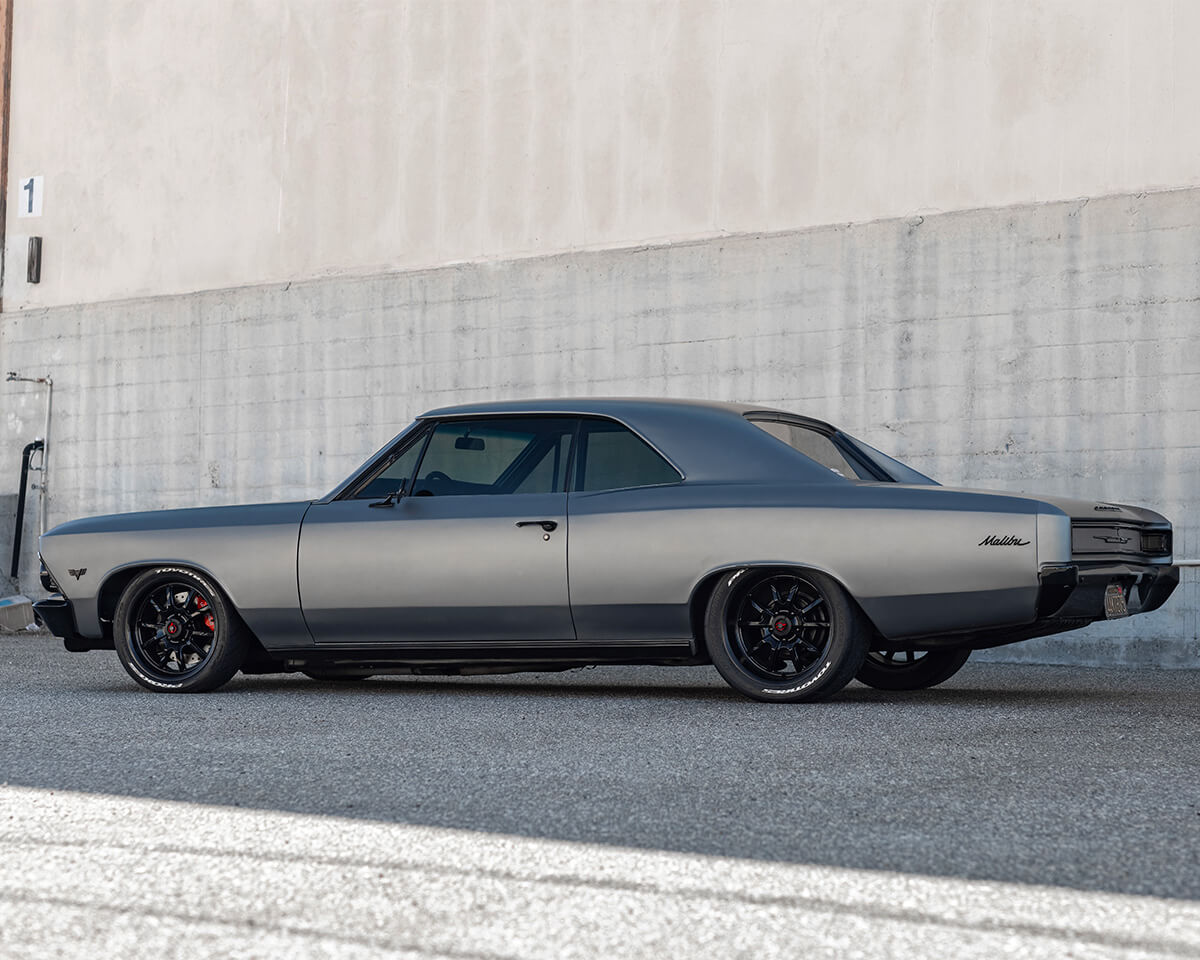 Watch the progress and find out more about this Chevy Chevelle project by visiting the Instagram profile of the car @6ig6ertha!