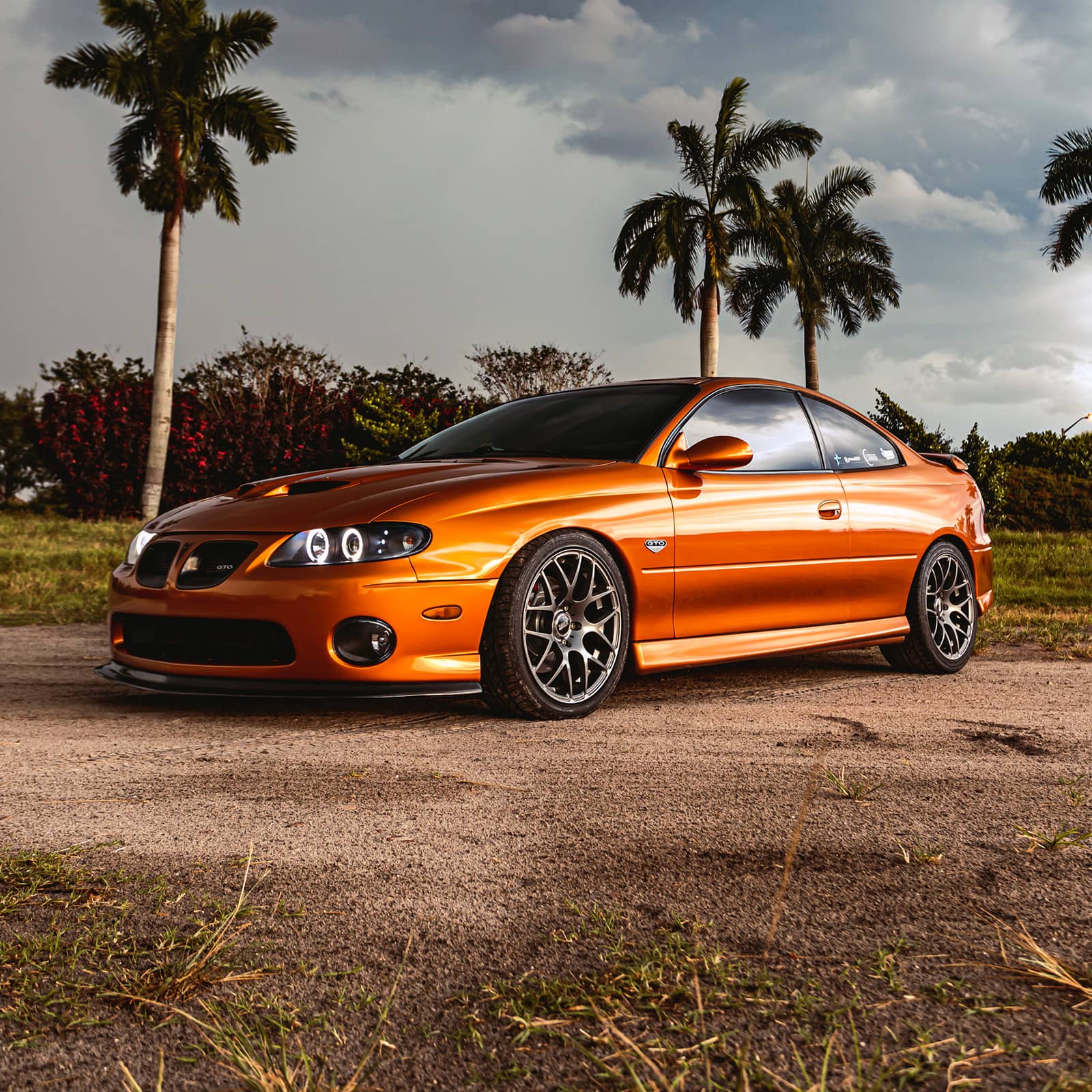 Even though Pontiac GTO models remained in production for only 15 years in total throughout five generations it became one of the most well known name plates in the history of American muscle cars. The first 4 generations of the model were produced in the golden era of American muscles from 1963 until 1974 when the oil crisis struck world economics and marked the end of production for high-performance V8 GTO models.

The latest 5th generation GTO made a return to the market in 2003 and remained in production until 2006. The GM took a rather unusual move, and imported the Australian designed Holden Commodore cope and started to sell it under the famous GTO name plate. Thanks to the powerful V8 and impressive performance characteristics it became pretty popular on the American market back in the 2000s. 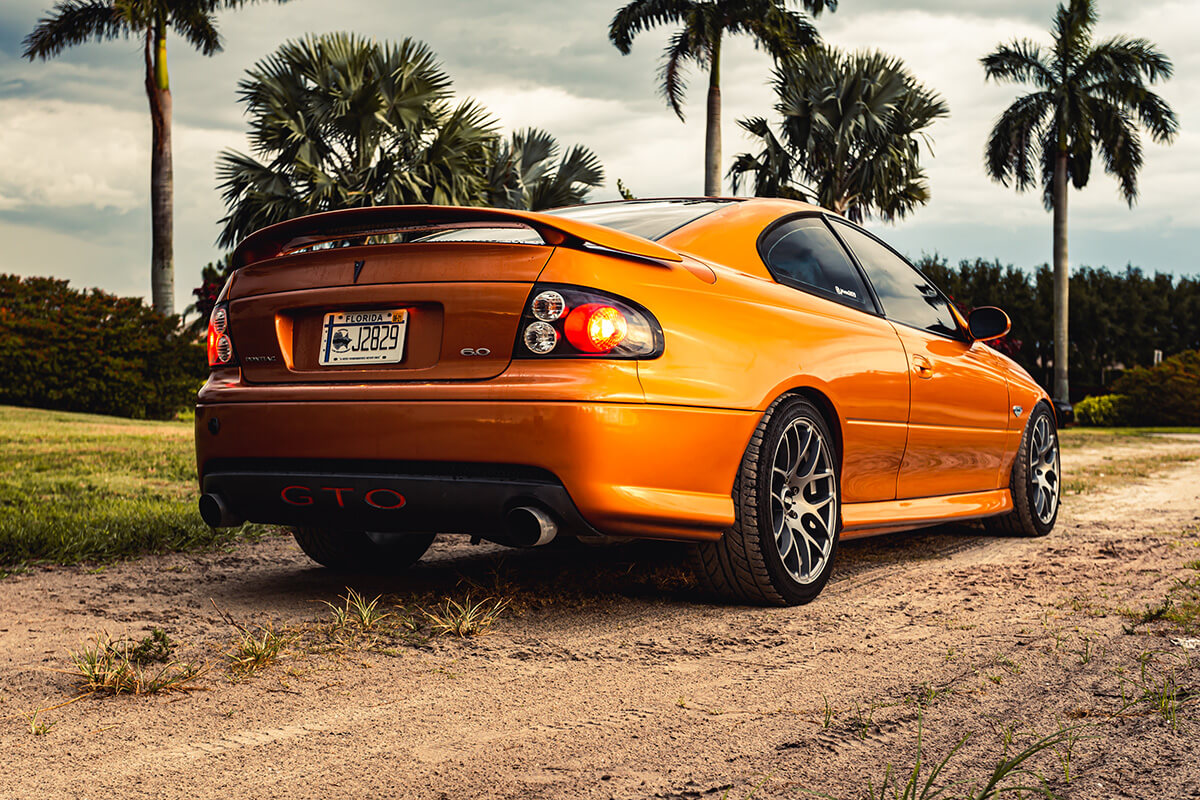 The car was equipped with GM’s famous LS1 and LS2 V8 engines with 5.7L and 6.0L displacement respectively mated to a 4-speed automatic or a 6-speed manual transmission, which couldn’t leave the market indifferent. While exterior modifications aren’t that popular among the current GTO owners, the majority of them are concentrated on performance mods to bump up the HP and torque gains of these cars.

Today we’re featuring on of the latest generation models of the GTO owned by Jeremiah from West Palm Beach, Florida who was kind enough to talk with us about the mods and upgrades on his car. 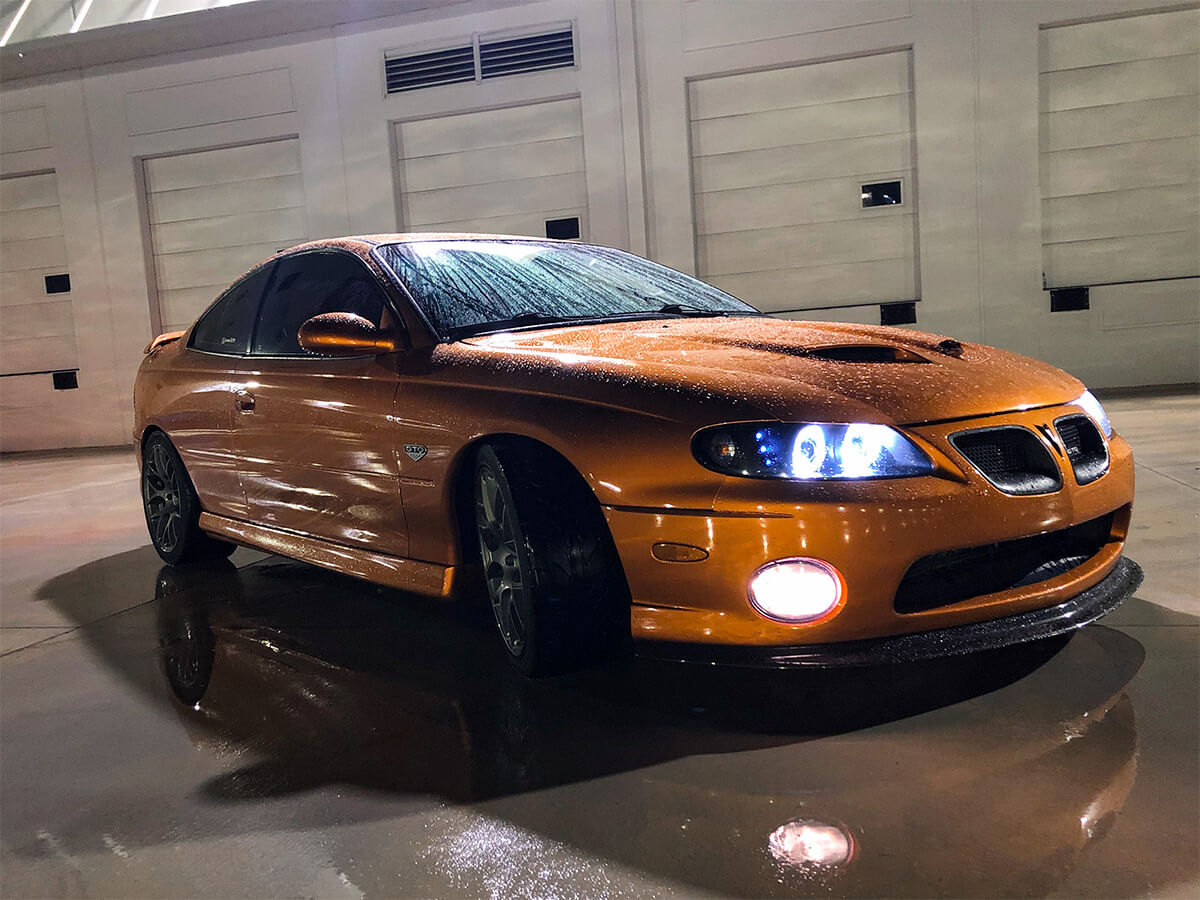 – From a young age (roughly 7 years old) I’ve always played racing games. Originally getting into “Need For Speed: Porsche Unleashed” and it has carried on into my adult life. I stumbled upon the local car scene haphazardly. I was meeting a friend for food and we noticed all of these modified cars parking in the lot, I asked someone what was happening and they told us it was a weekly car meet. Since then barely a week has passed that I haven’t attended a car show or local car meet in the evening. As far as muscle cars, I had always been attracted to the sound and power behind them. The noise of a cammed V8 is unmistakable and intimidating to anyone. It’s American as hell.

“As far as muscle cars, I had always been attracted to the sound and power behind them. The noise of a cammed V8 is unmistakable and intimidating to anyone” 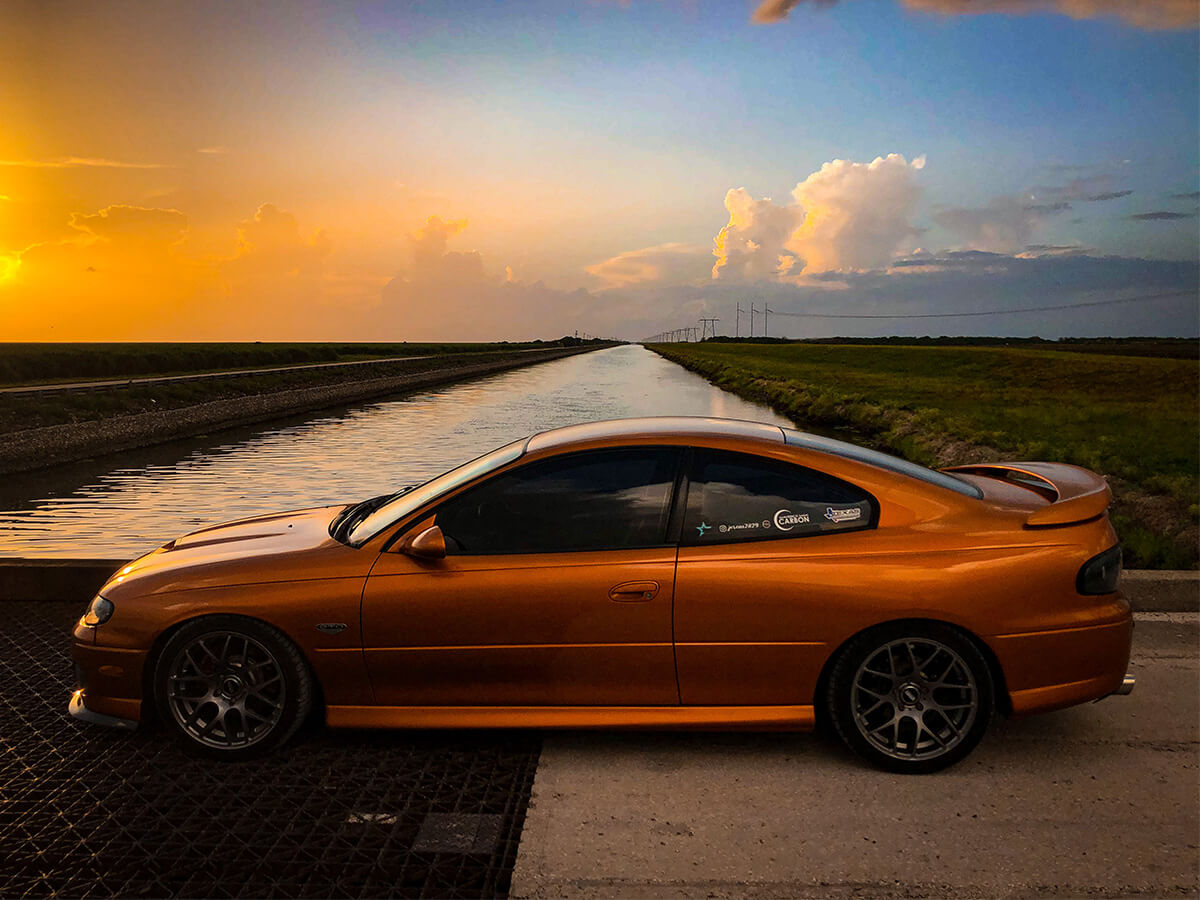 Why did you choose a Pontiac GTO?

– Going back to my childhood video games, one specific title that stood out was “Need For Speed Hot Pursuit 2” in which there was the HSV Coupe GTS, which is effectively the GTO in its Australian form from Holden before Pontiac rebadged it in the US as the GTO. I loved playing with that car in the game and then when I began entering into the car scene I kept seeing GTO’s here and there and absolutely loved how they looked and sounded in real life. I then had the opportunity to test drive one in 2015 and that solidified my desire to own one. And after years of searching, I found one in 2018.

– For starters, the GTO is incredibly rare. I have always had an inclination towards rare cars, though parts are equally hard to acquire. More often than not I am the only GTO at the vast majority of events that I attend, large or small. I have little interest in drag racing, I enjoy corners more. I recently drove up to the Tail of the Dragon and hope to get into road courses too. But more than anything, I enjoy the sound of the car and the feeling of acceleration. I’m not too worried about being the fastest or prettiest, I own my dream car and that is enough for me.

“For starters, the GTO is incredibly rare. I have always had an inclination towards rare cars, though parts are equally hard to acquire” 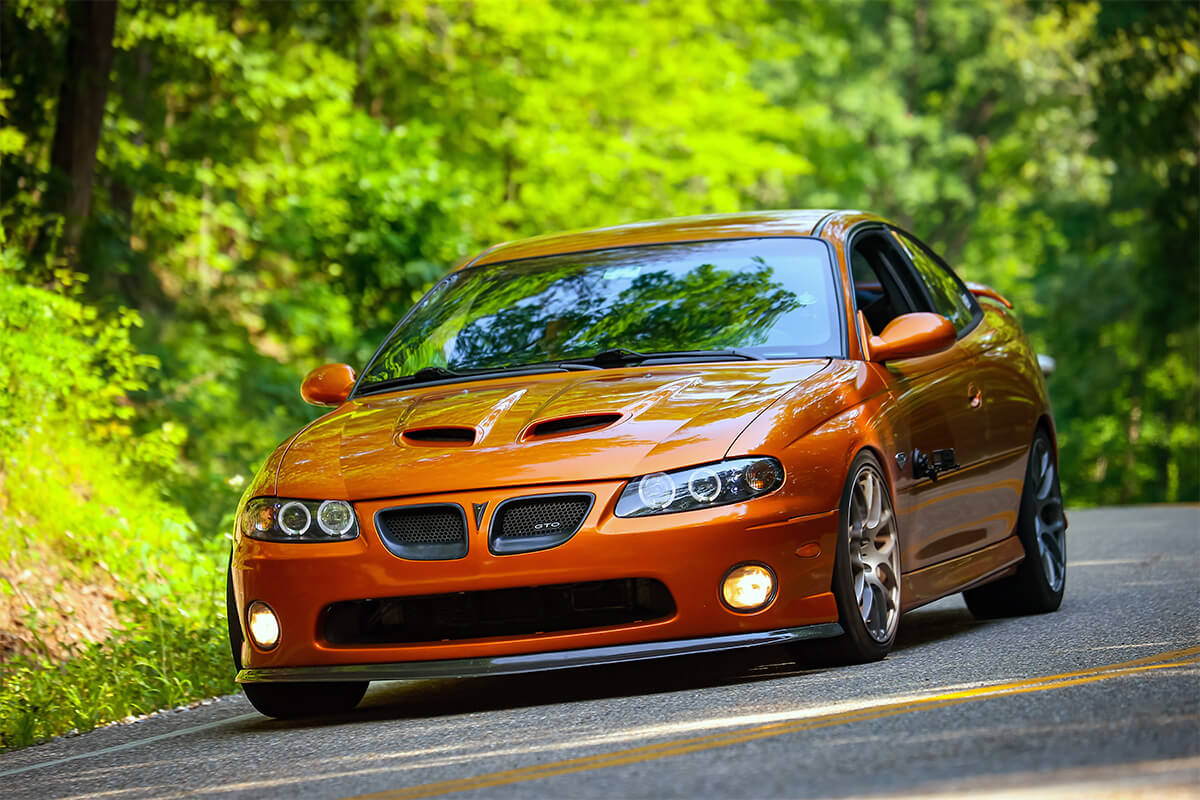 – A year into owning the car, the oil pump failed and the internals of the motor shredded themselves. The car spent 3 months in the shop getting everything upgraded and repaired.
And again at the end of 2020, I hydroplaned in a heavy rainstorm and spun into the median, destroyed the rear wheel, and bent the subframe. We ended up having to buy a rolling chassis to obtain the needed parts since nobody carries subframes for the GTO anymore.

– I love her sound, the way she shakes at idle and rocks me in my seat. I love the attention she gets from the “old timers” who remember the heritage of the GTO. I love how aggressive she looks from all angles. The comfort of the seats on long road trips and how quiet the car is at highway speeds, there is absolutely no droning. The visibility and almost complete absence of blind spots. Also, the spaciousness of the backseats, unlike other muscle cars, the GTO can comfortably seat 4 people inside for long rides.

“I love her sound, the way she shakes at idle and rocks me in my seat” 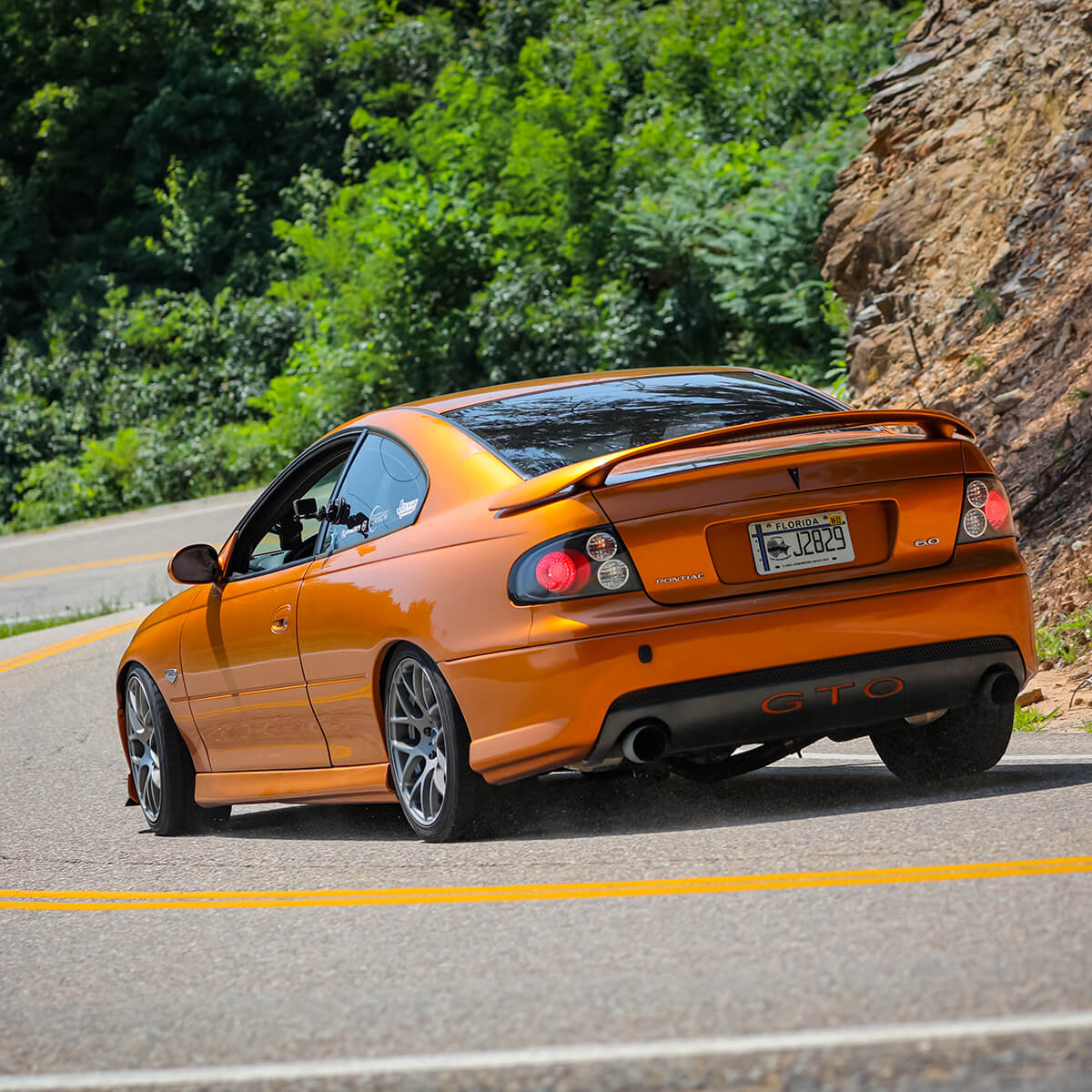 – I currently daily the car, but I hope to buy another vehicle soon so I can put fewer miles and be able to modify the car more without worrying about how I’m getting to work the next day.

– I attend most local car meets as well as larger events like Clean Culture and FL2K. 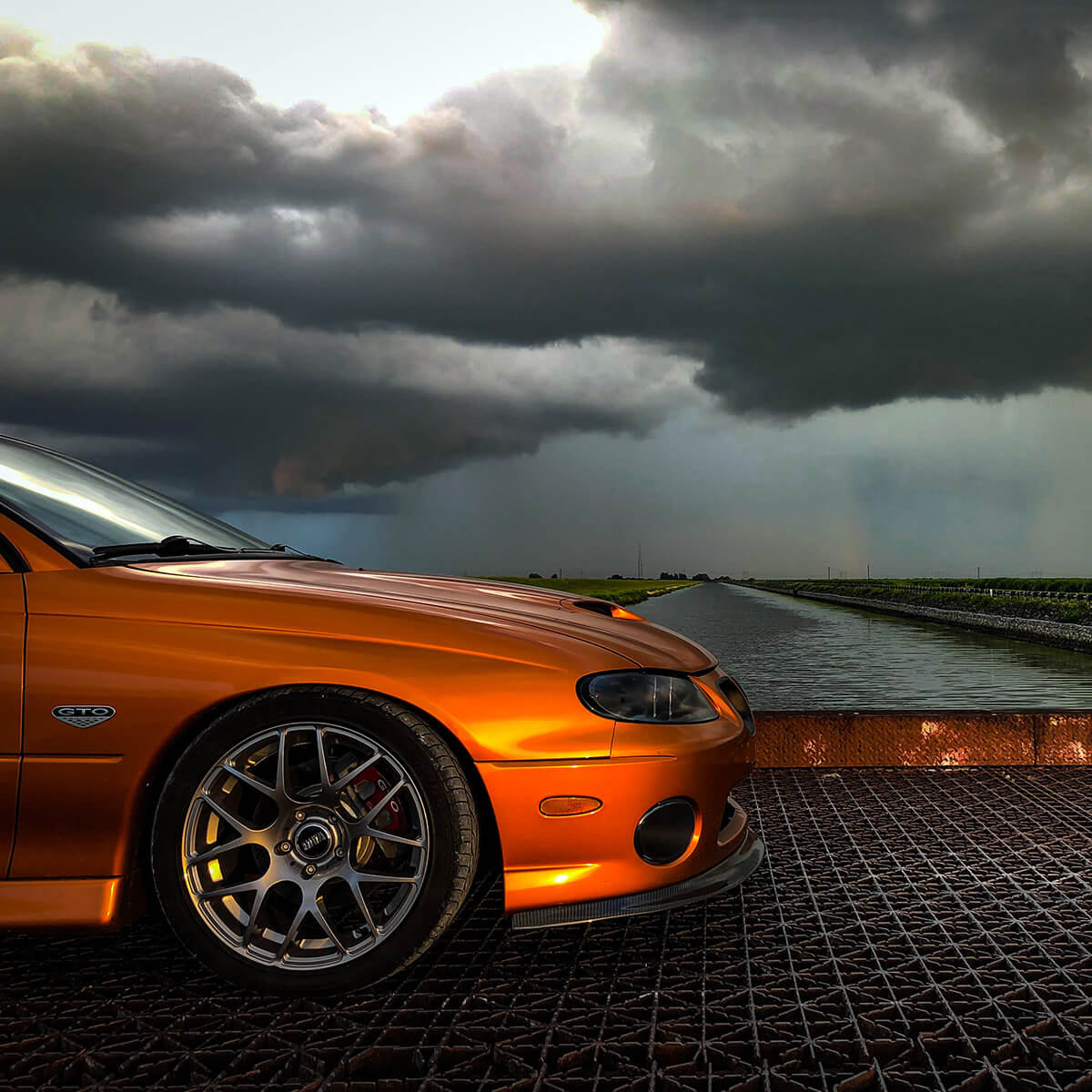 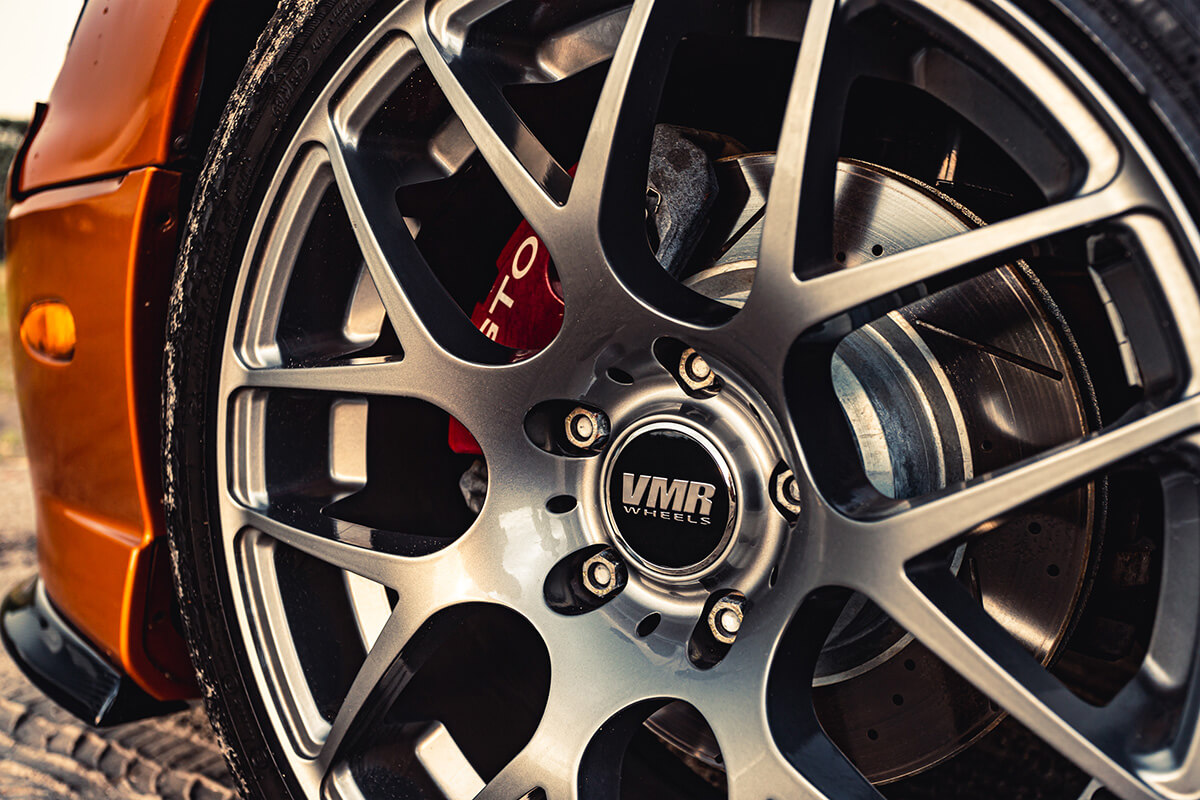 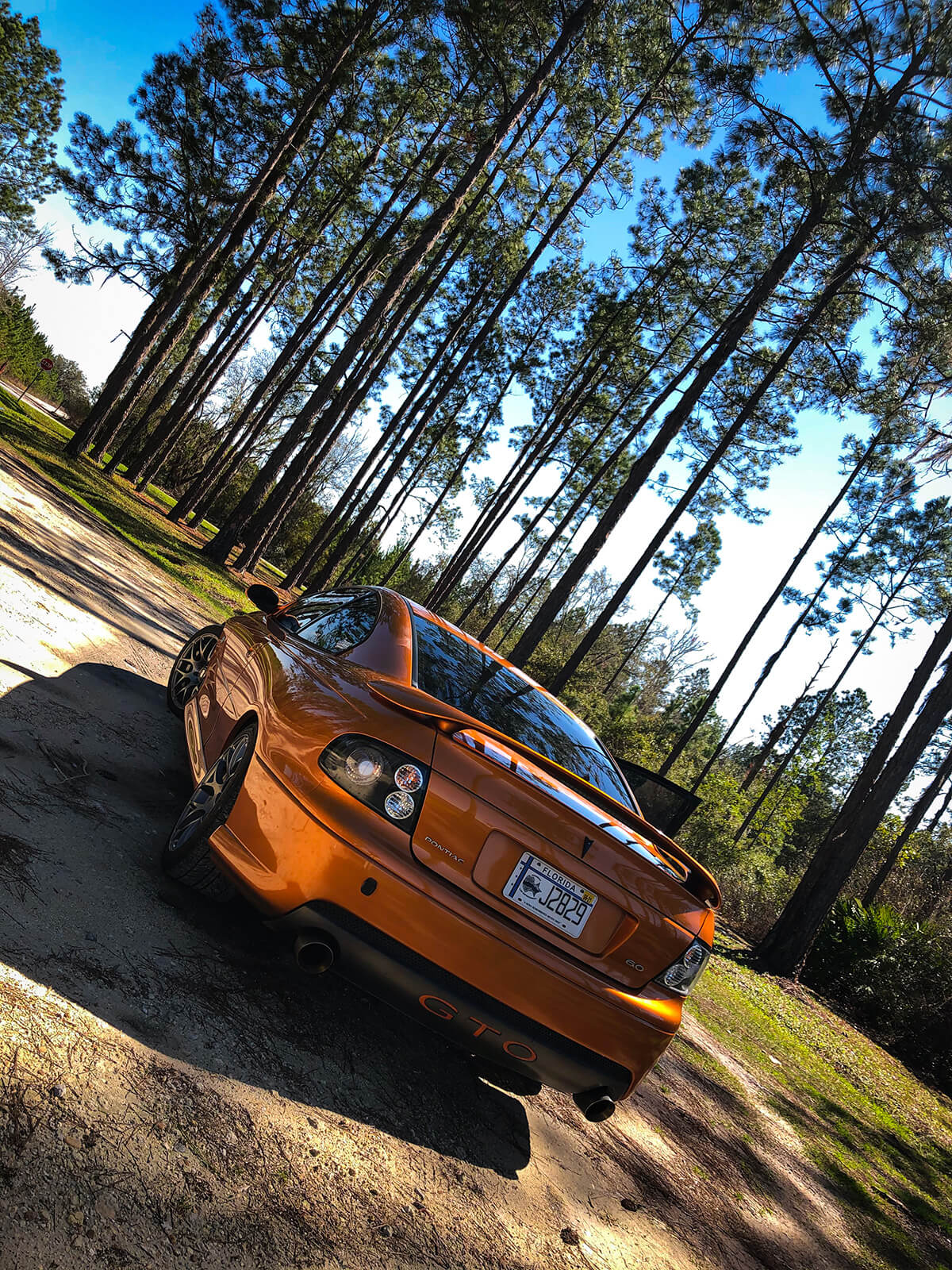 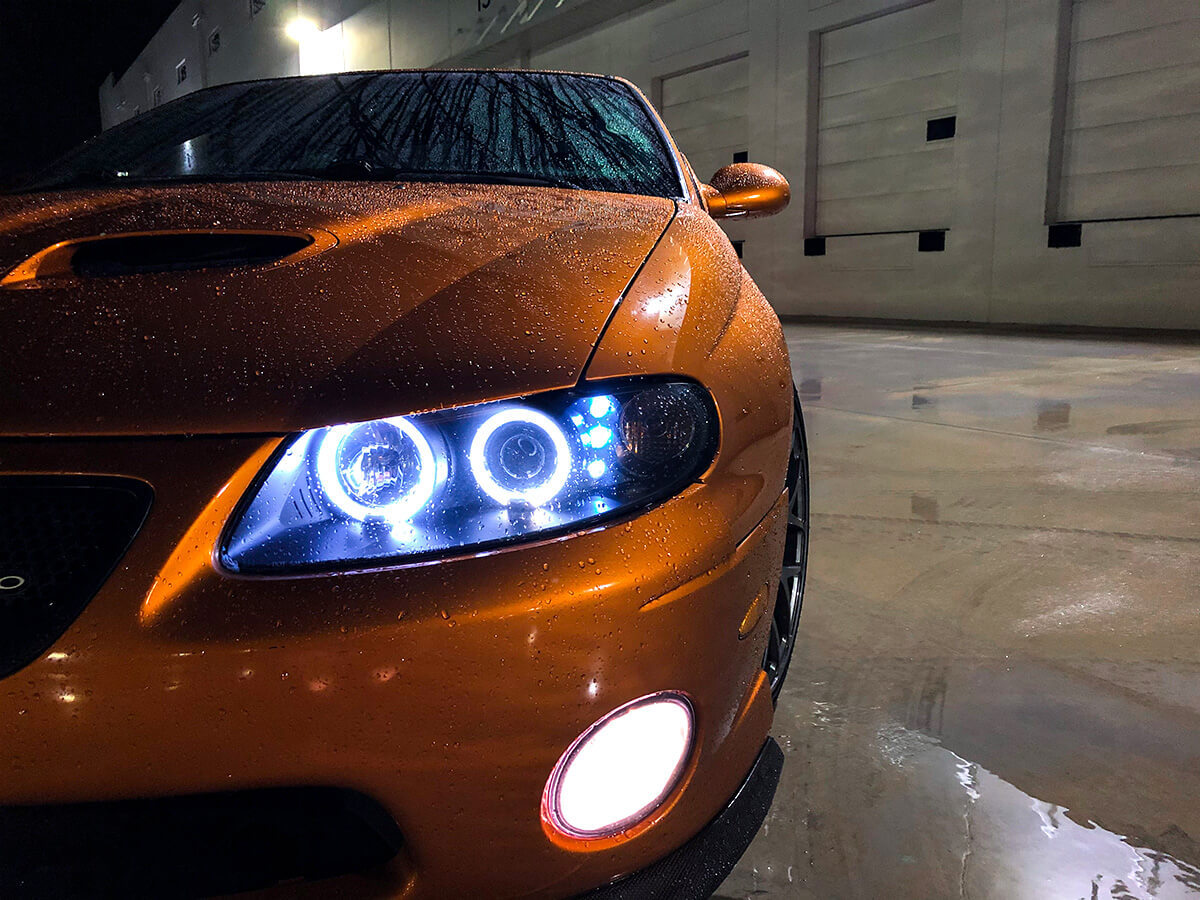 – I plan to redo the interior of the car: changing the steering wheel for a carbon fiber Holden Sport flat bottomed wheel, carbon fiber interior accents and maybe switching to Braum racing seats.

I hope to make over 500WHP Naturally Aspirated by adding Heads, Intake Manifold and Throttle Body.
I also plan to twin-turbo the car, my goal is around 650WHP. 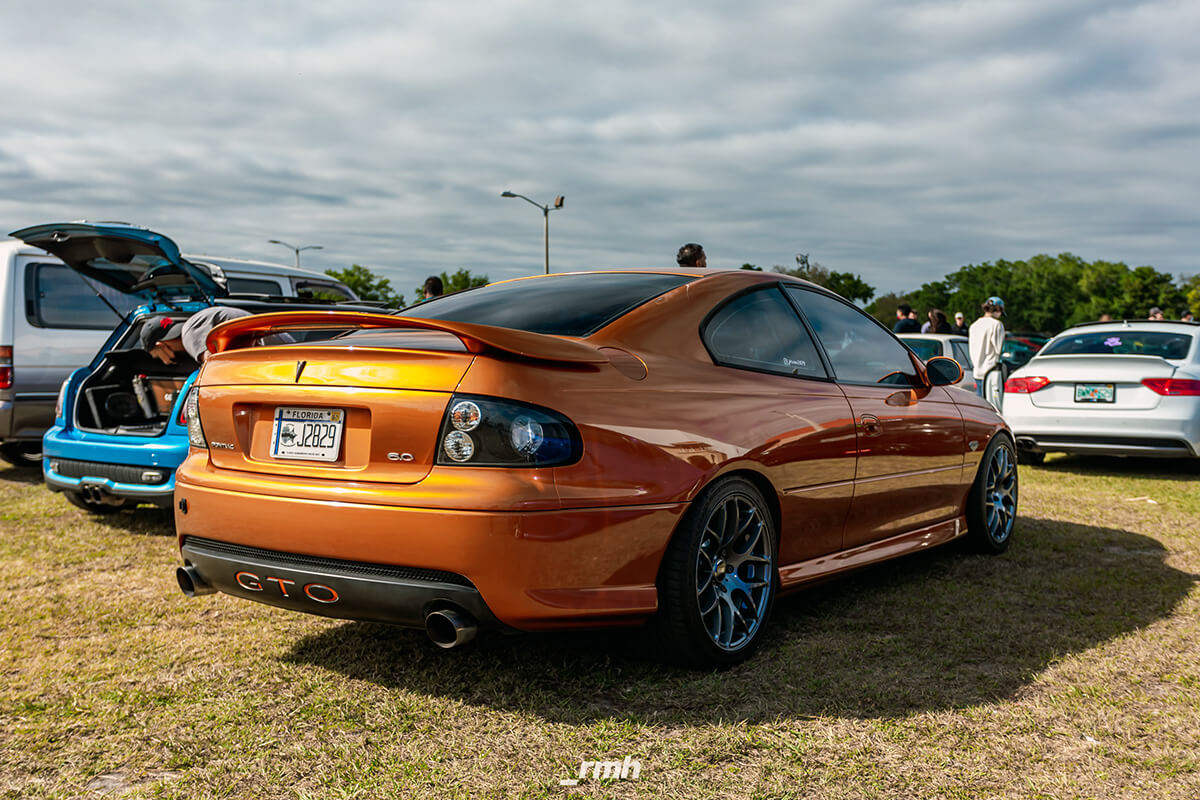 – I love the tight-knit community of GTO owners, all willing to help and share advice and parts with each other’s projects. 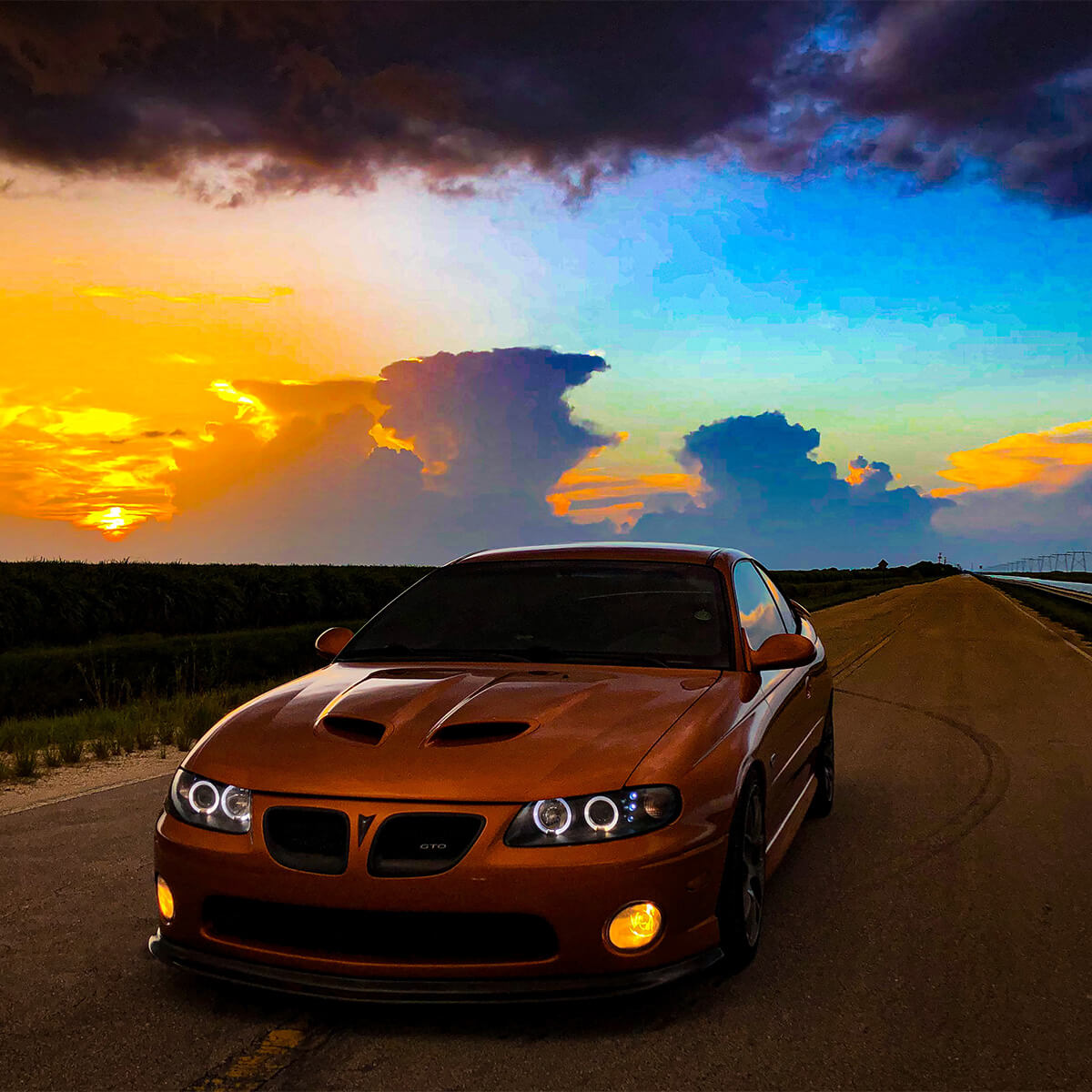 Watch the progress and find out more about this Pontiac GTO project by visiting the Instagram profile of the owner: @jerem2829!