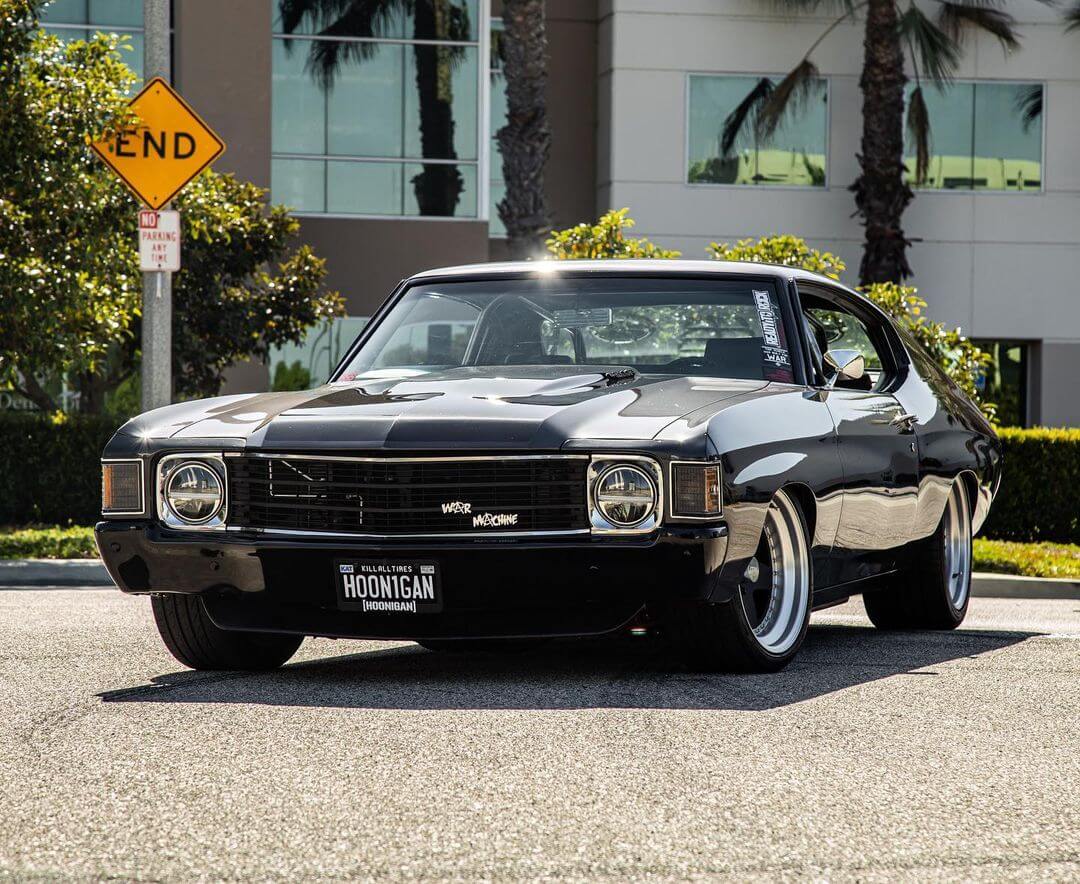 The Chevrolet Chevelle is considered to be one of the most popular cars that have ever come off the GM assembly line. The model was introduced to the market in 1964 to fill the gap between the compact Chevy II and full-size models, such as Impala. It is a mid-size muscle car based on General Motor’s A-body platform. The Chevelle came out in two series – the 300 and luxurious Malibu and was offered in coupe, sedan, and station wagon forms. But it’s the Super Sport package that rocketed the Chevelle to the top of the muscle car scene. The production run lasted for three generations, the second of which was the most successful.

The product of this generation, a legendary 1972 Chevy Chevelle SS became a real icon for car enthusiasts and true American muscle car fans. The owner of this particular model, Luis, was dreaming about this ride since he was a kid. He often explains why it bears such a sentimental value for him. While his dad was away working, his uncle was driving him to school in his 1969 Pontiac LeMans, and on one of those days, the little kid at the back was amazed by loud exhaust rumble and a cloud of tire smoke coming from a car with round taillights that overtook them. 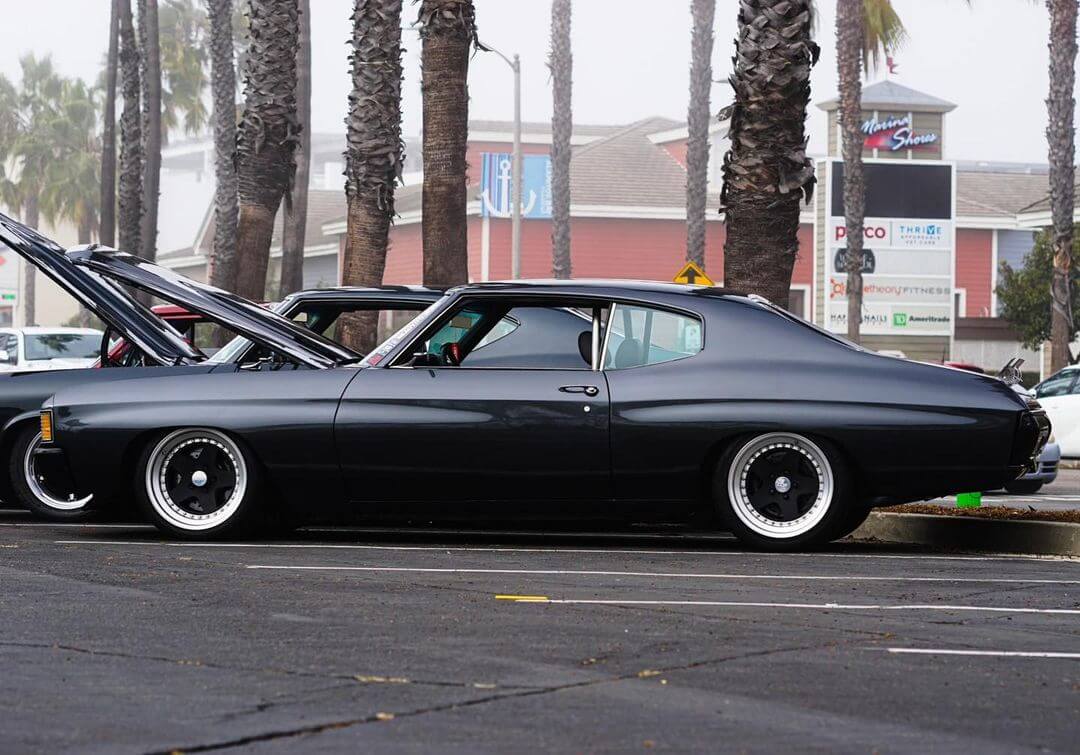 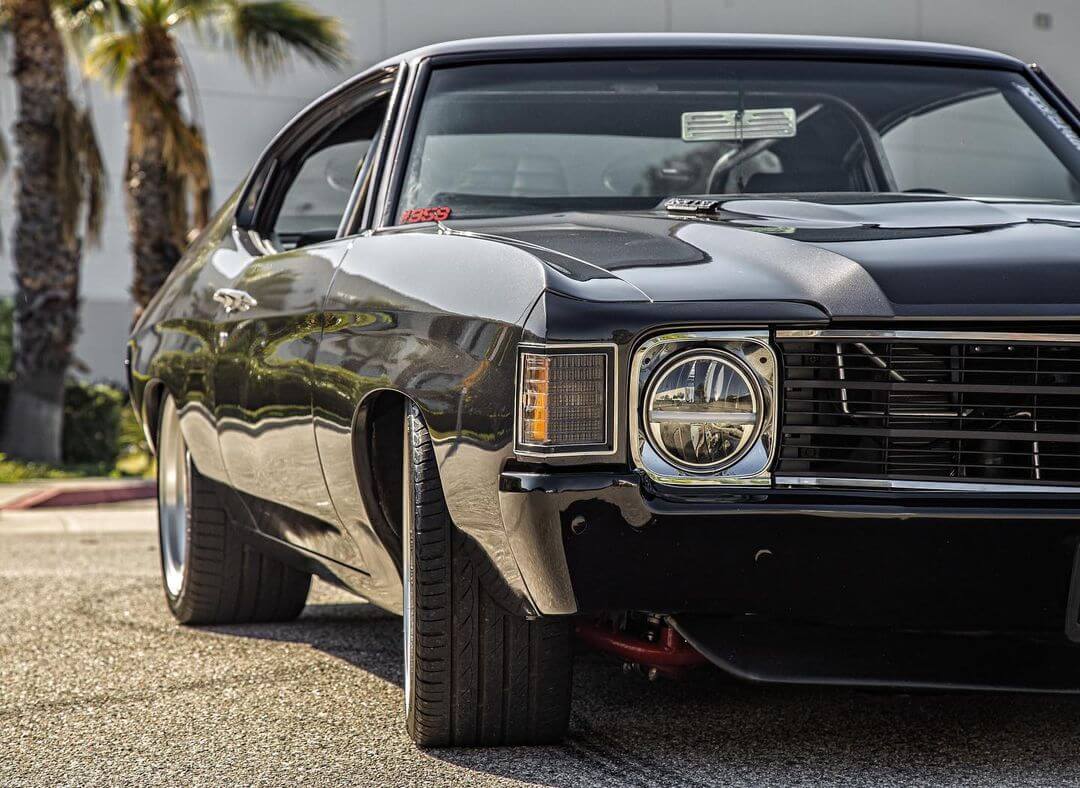 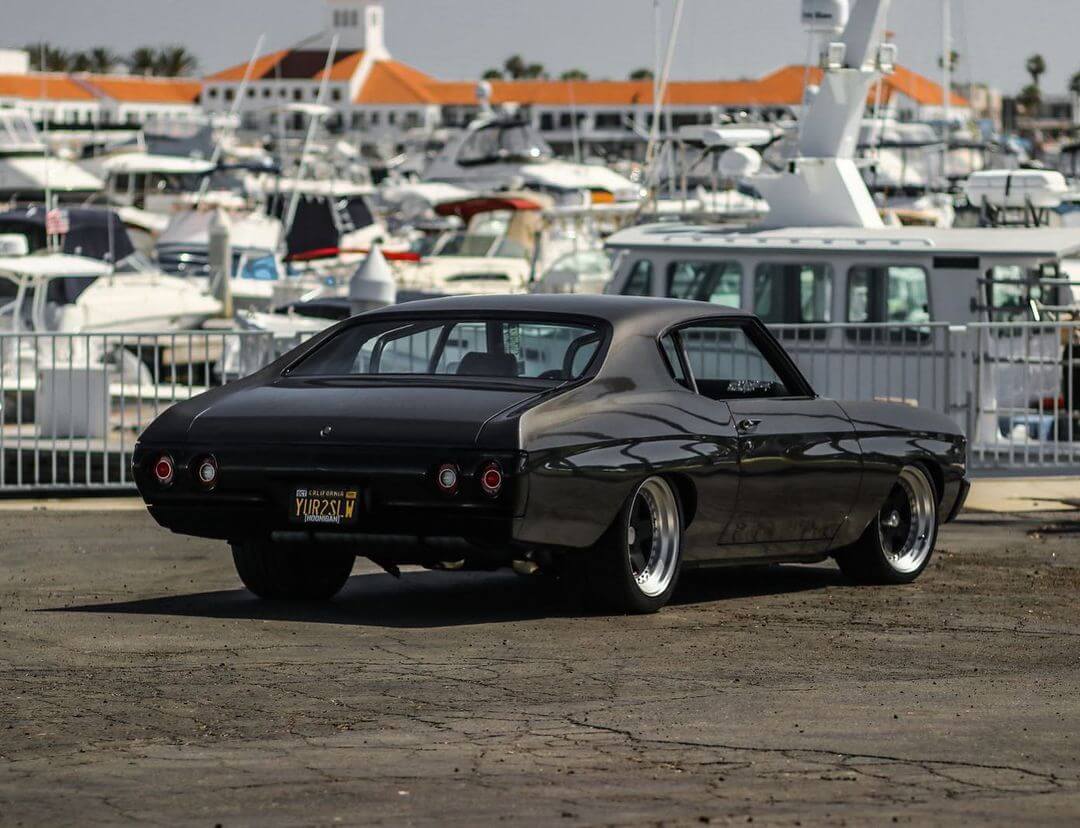 That’s when uncle told little Luis that it was the 1972 Chevy Chevelle, the best car in the world. Now, owning one, he is paying homage to his hard-working father, who compared his work with war and called himself a working machine, naming this project car the War Machine. 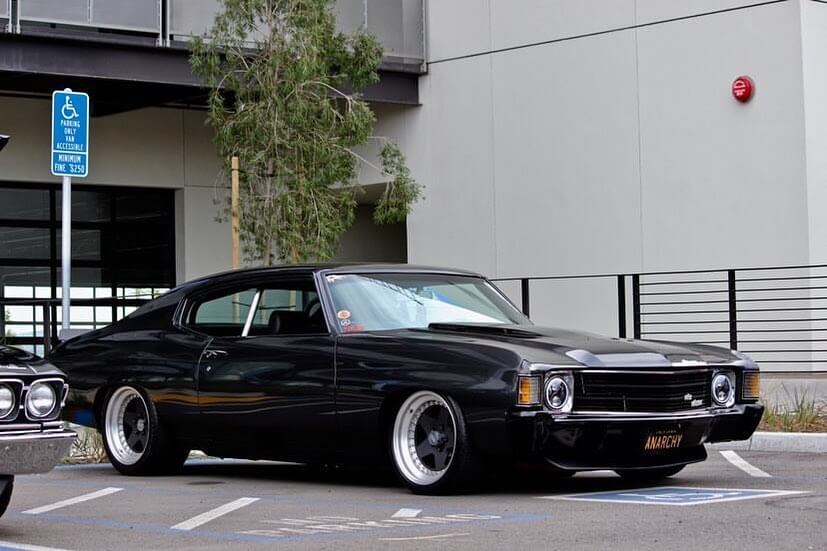 This Pro-Touring 1972 Chevelle SS combines tasteful simplicity in and out with the raw power of a juiced up beast. It is coated with dark gray paint borrowed from 205 Chevy Silverado with some hint of blue and purple flakes creating a more custom feel to it and making the car look pitch black at night. Custom made emblems and trunk spoiler are designed in CAD then fabricated to flow with the ride!

“This Pro-Touring 1972 Chevelle SS combines tasteful simplicity in and out with the raw power of a juiced up beast”.

Nova-Lux LED headlights with switchback DRLs were initially installed, but recently Luis has replaced them with new LEDs featuring app-controlled color-changing halo rings. Inside, you’ll find a pair of Scat racing seats and Simpson harnesses to hold you in place. Since the car is ridiculously fast, safety is paramount, so the owner made sure to add a roll cage to the mix. 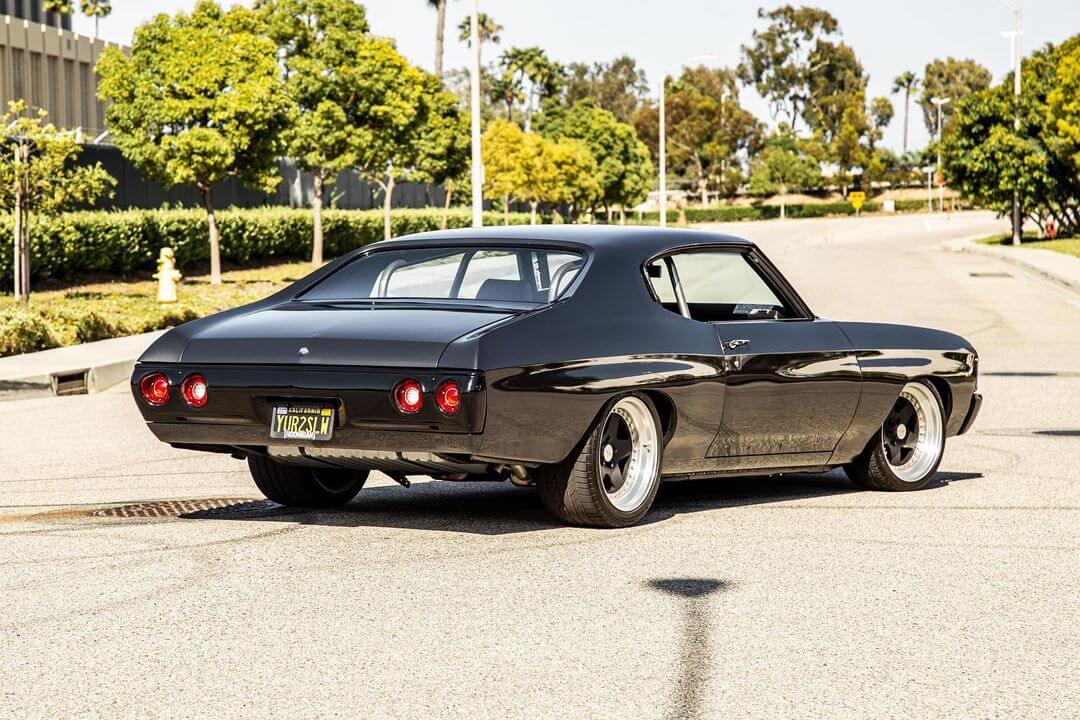 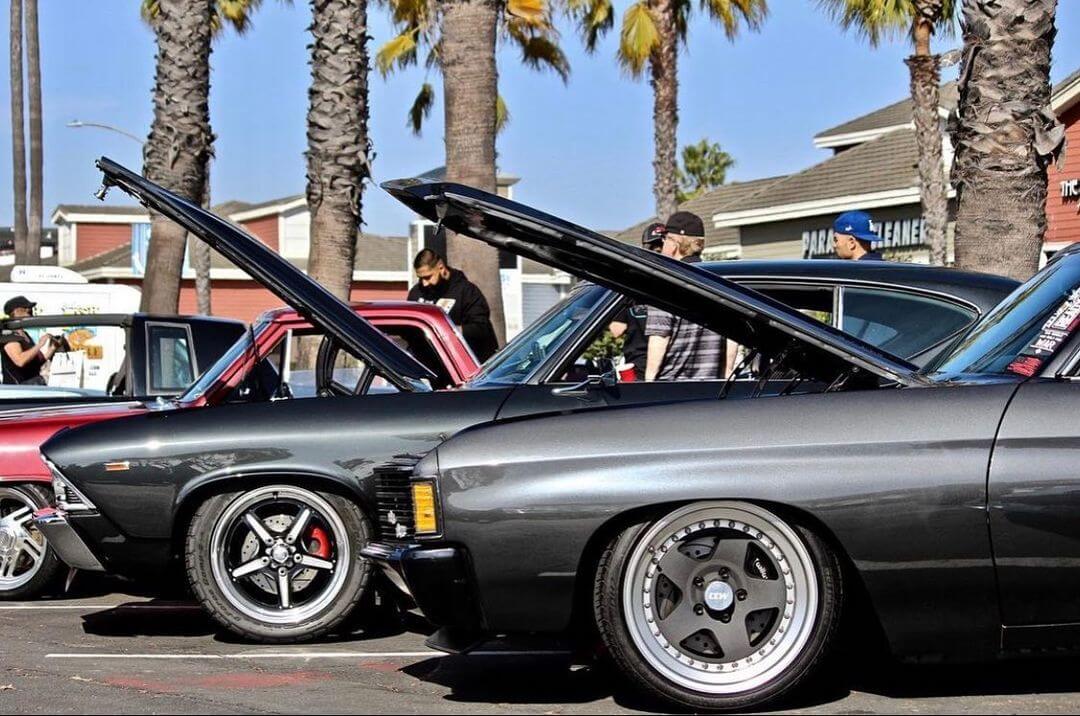 The Chevelle sits very low on a completely redone Stage 5 suspension by UMI Performance with Viking Performance coilovers. Luis installed CCW forged wheels staggered at 18 x 11-inches in the rear and 18 x 9-inches in the front axle that are more than capable of delivering an estimated 530 horsepower from the engine to the ground. The coupe is powered by an LS3 6.2-liter motor from a 2013 Camaro coupled with a matching Tremec TR6060 6-speed manual transmission.

“With a new rear end with 3.73 gearing, your stomach sinks every time you step on the gas pedal”.

With a new rear end with 3.73 gearing, your stomach sinks every time you step on the gas pedal. Not to mention an insane boost coming from one of the two Nos canisters in the cabin. A set of Wilwood brakes on cross-drilled and slotted rotors will make sure you could stop safely every time. The car’s Black Widow Venom 250-series performance exhaust purrs relatively quiet when idling but growls viciously during acceleration. 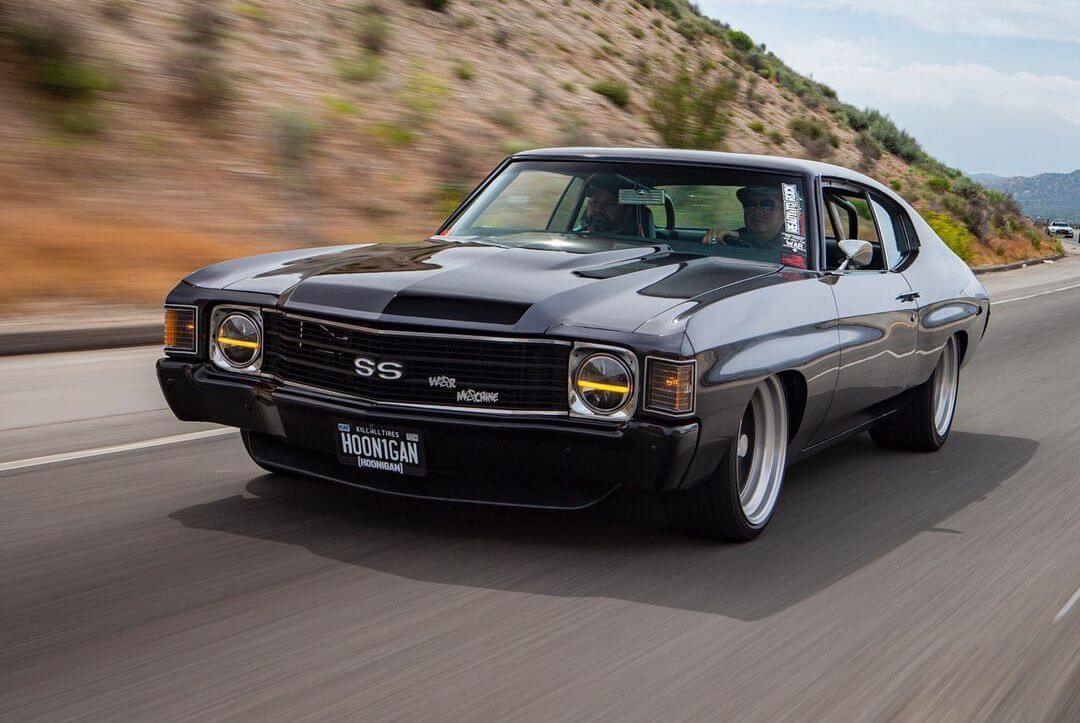 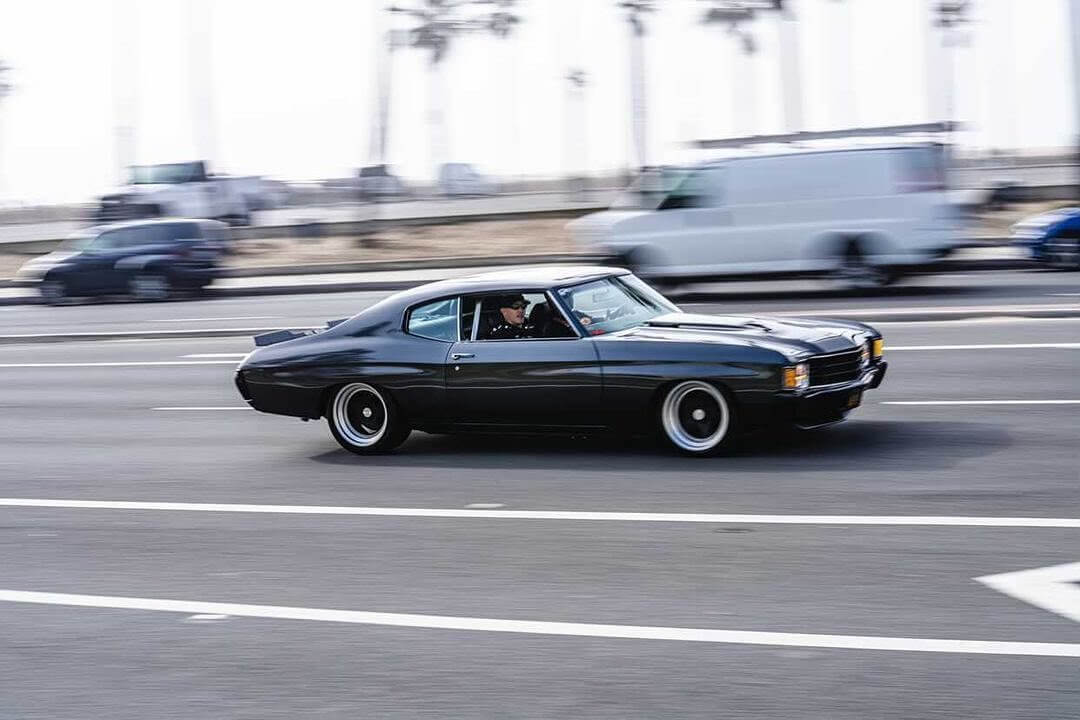 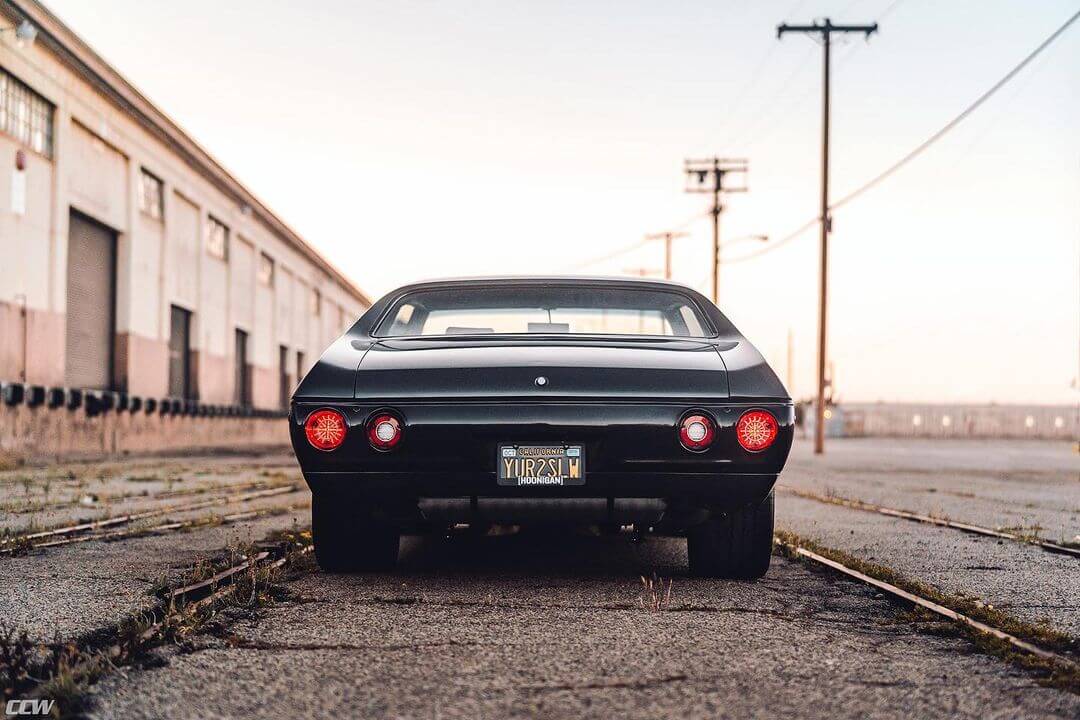 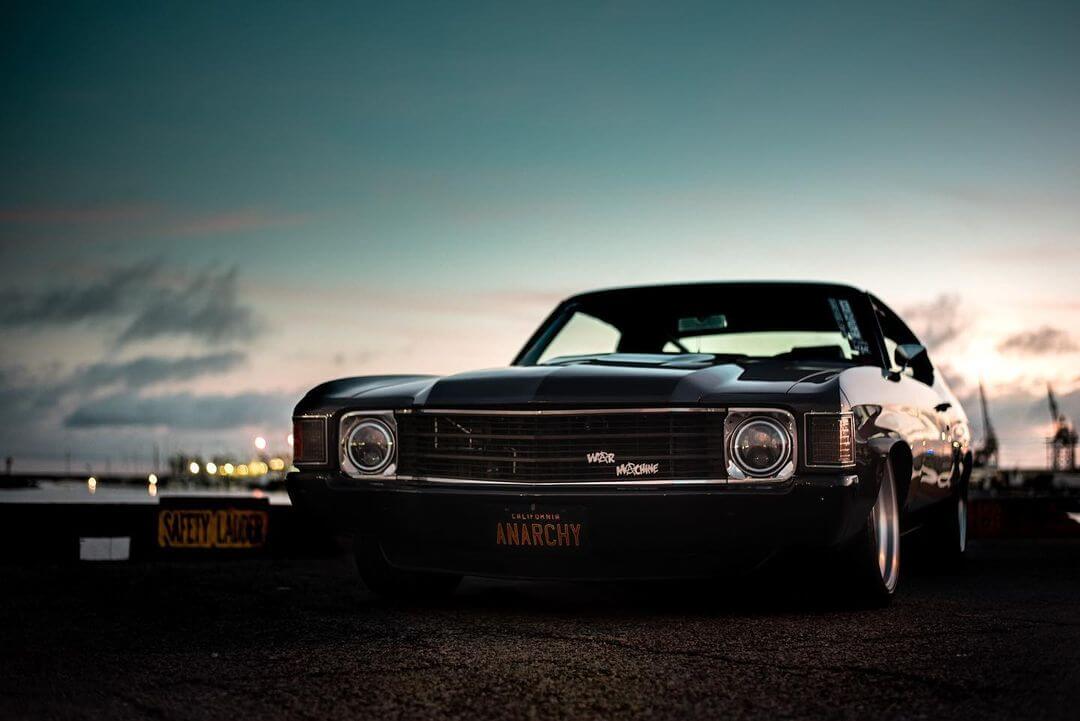 Watch the progress and find out more about this 1972 Pro Touring Chevy Chevelle SS project by visiting the Instagram profile of the owner: @war_machine_72!