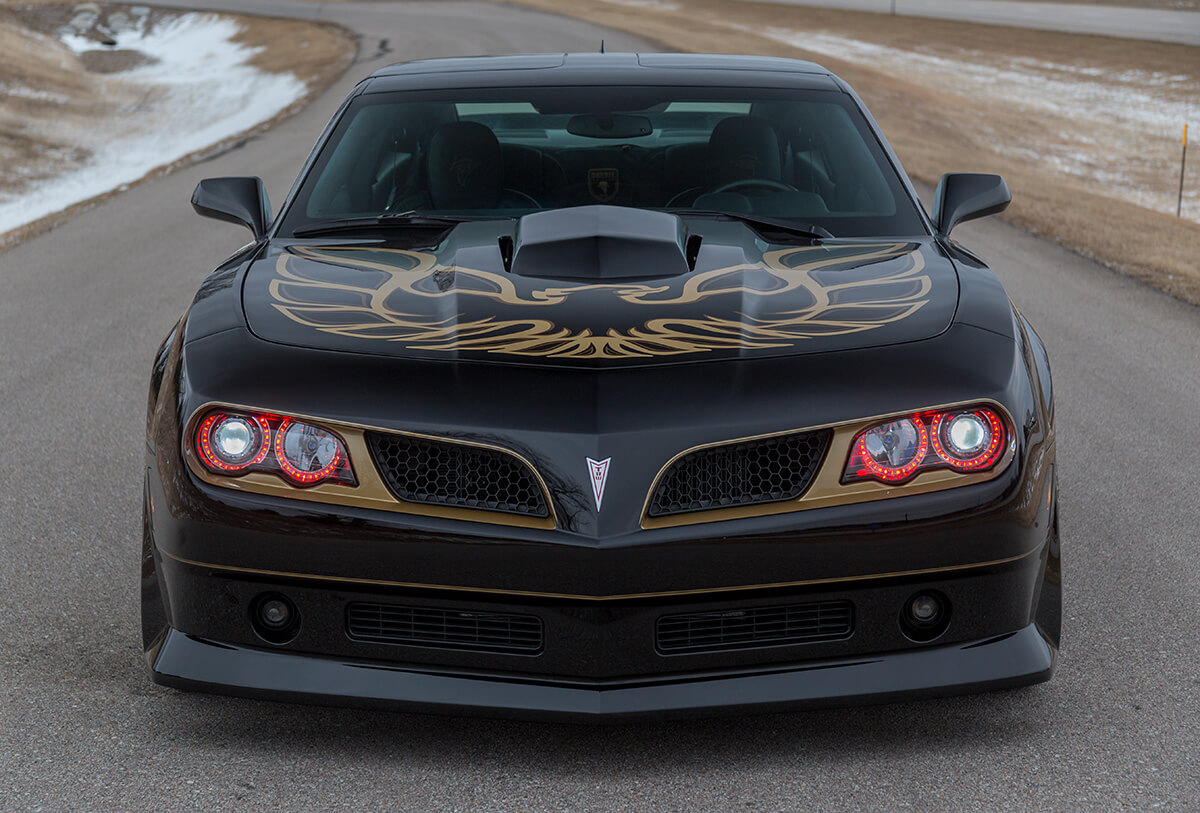 The Pontiac Firebird Trans Am is considered to be one of the most iconic muscle cars in history. The popularity of the model skyrocketed after Bert Reynolds drove it in the 1977 hit film “Smokey and the Bandit.”

Trans Am was GM’s answer to the Ford’s Mustang and Chevrolet Camaro. It was a top trim level of performance produced from 1967 to 2002. Two decades later, you can still get a brand new Trans Am thanks to the efforts from high-end car modification companies, such as Trans Am Depot.

The company introduced an extremely limited series of black and gold Trans Ams inspired by an unforgettable classic Firebird from the movie. Great late Mr. Bert Reynolds himself oversaw the transformation of the fifth-generation Chevy Camaro. Only 77 cars were built commemorating the model year of the original car from the film and the year of the movie premiere.

The #74 of 77 Trans Am Bandit Edition with only 2648 miles on the clock is currently available for purchase on eBay. This painstakingly crafted modern replica is paying great tribute to the original vehicle carrying many of its distinct features and retro throwback cues such as headlight housings, tail lights, snowflake-like rims, and white-letter tires. And of course, it features iconic removable T-tops and a big gold screaming bird plastered on top of the Shaker hood.

The black and gold theme continues inside. The plush leather interior is adorned by custom gold “Bandit Edition” embroidery and Bert Reynolds’ autograph on the dash trim panel. The car is packed with the best examples of advanced technological innovations.

With a 7.4-liter LSX V8 supercharged engine producing 840 horsepower mated to a 6-speed manual transmission, you will own one of the most powerful street-legal machines in the world. Owning this highly optioned build you will enjoy handling and braking upgrades, but most of all, you’ll get the pure pleasure from driving a timeless collectible with ever-growing value.