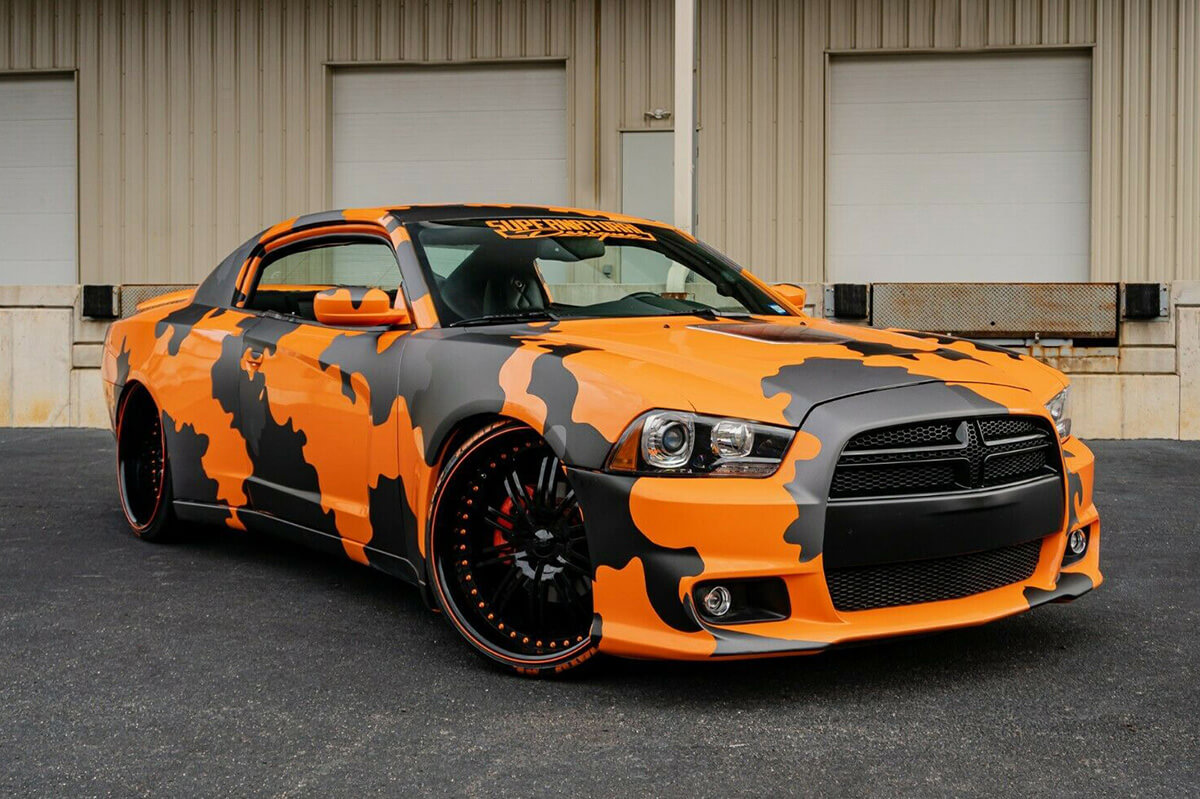 Chrysler decided to build their own inexpensive sporty car in 1965 to get the piece of the market dominated by Ford Mustang at the time and called it the Dodge Charger. It had an unusually aerodynamic shape, and tons of cool features, including hidden headlights.

The 1969 version of the car was featured in the popular “Dukes of Hazzard” TV show. But the oil crisis hit and lots of powerful cars with big hungry motors simply died. Chrysler had to make changes to stay afloat, so the company started offering sporty economy cars with the Charger nameplate.

After staying dormant for almost two decades, the Charger nameplate was back in 2005. This time it was a 4-door sedan based on the Chrysler LX platform. Even though it was powered by a powerful enough motor, it looked more like a beefy family car than a muscle car. Lots of changes were made for the next generation and the completely redesigned Charger came out in 2011. It has a lower stance, sculpted bodywork, full-width taillight. This was the full-size four-door sedan that a guy from Texas decided to convert back into a two-door coupe and showcase it at SEMA.

All the mods were done by the Supernatural Designz shop in Brownsville, TX. And now you can own it because this one-of-a-kind 2013 Dodge Charger with only 7600 original miles is up for sale on eBay. You may want this car if you want really to stand out from the crowd. It immediately grabs attention at any car show with its flashy black and orange camo wrap.

Besides two-door conversion with deleted B-pillars, 4″ rear and 2″ front widebody kits were installed. The hood features a custom clear acrylic insert at the center. The 24″ Staggered Intro Design gloss black aluminum wheels have orange accents on them, and even tires have orange lettering. The suspension was dropped 2 inches with the Eibach lowering kit.

The interior features lots of orange trim elements matching the exterior color theme. Custom black leather seats are ornamented with contrasting orange diamond stitching. But the biggest mod inside is the sick Db Drive Pro audio system with 4 amps and 3 10-inch subwoofers at the back. The useful cargo space under the motorized trunk lid is framed with custom acrylic panels with LED lighting. If you want to become the second owner of this beast powered by a tuned 5.7-liter Hemi V8 engine, be ready to spend $55,000.