The Dodge Dakota is quite a long-running mid-size truck marketed for 25 years between 1986 and 2011. Being smaller than its elder Ram brother, the Dakota also had solid popularity mainly thanks to lots of offered novelties. For instance, it was the first truck to come with rack and pinion steering, first mid-size pickup to employ a V8 engine (optional), one of a few trucks to offer convertible body style, and so on. Besides, right from the launch the Dakota was available in a Sport trim level positioned as a mid-range model that offered a more sporty look and more potent power units. 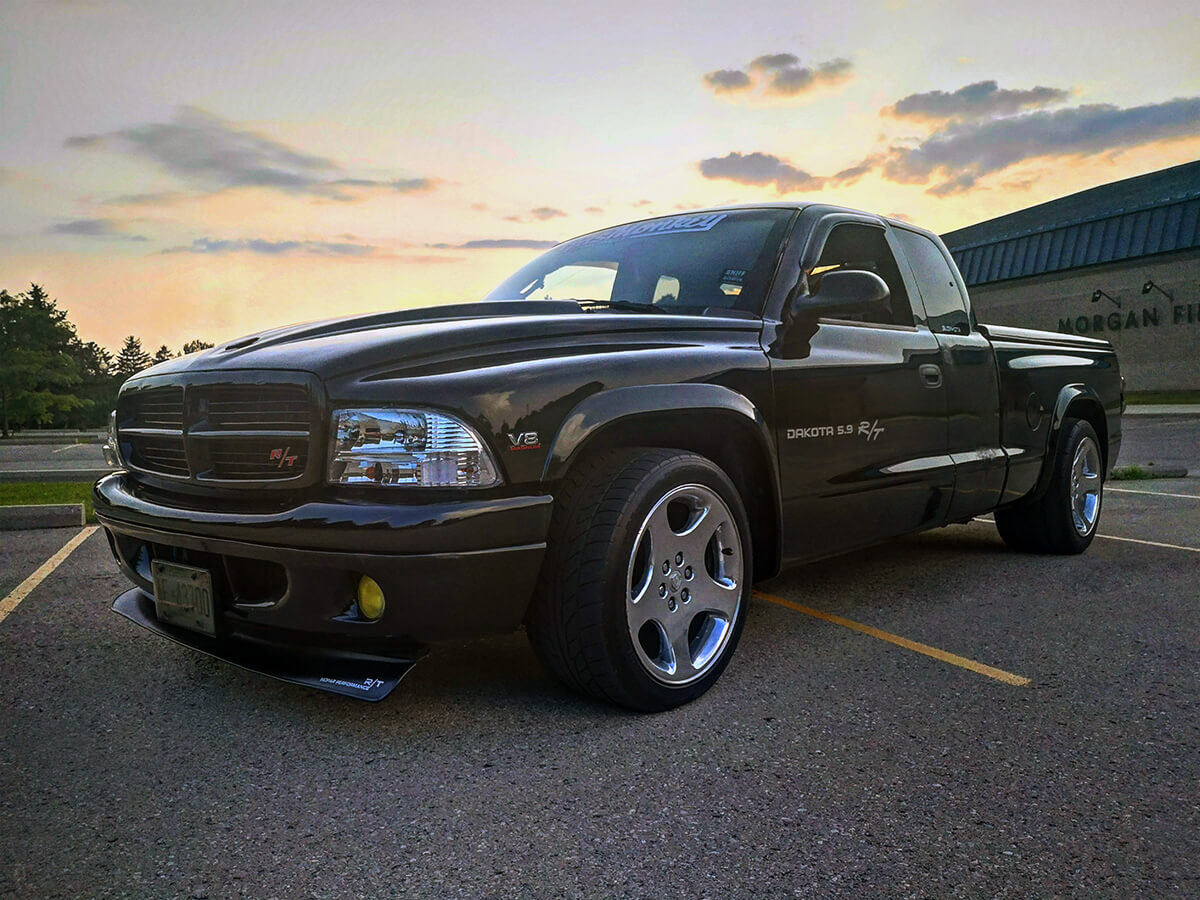 The latter also attracted car enthusiasts keen on upgrading vehicles, such as Alex Seddon from Hamilton, Ontario (Canada) owning the 2000 Dodge Dakota RT. The 2000 model year was one of the best years for the model, as in 2000 it was nominated the North American Truck of the Year. The RT is a limited-edition package available for the Sport grade. Employing a robust 5.9 L V8 rated at 250 hp and offered with an RWD layout only, this model is considered a true street/sport truck. The package also included a heavy-duty 4-speed automatic gearbox, sport steering and suspension, performance axle and exhaust, limited-slip differential, upgraded brakes, cast-aluminum wheels, monotone painting, bucket seats, and other options. 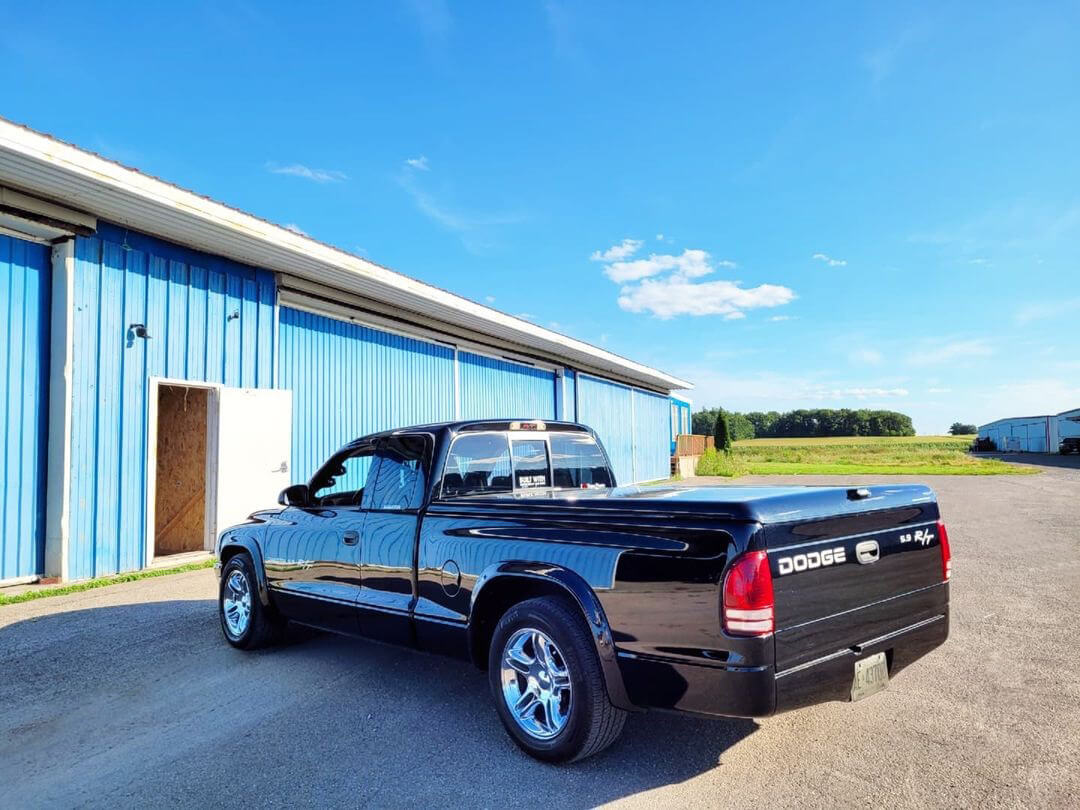 Alex went even further and added some additional upgrades to his truck. To improve performance he installed custom exhaust by Flowmaster and performance air intake and cleaner by Mopar. The suspension got some attention too – there is a sway bar by Hotchkiss in the front and Beltech drop shocks on the other end, plus a 3” drop kit also by Beltech is installed too. The exterior received the largest number of upgrades – the truck comes with a Sniper cowl hood, Depo headlights, tinted taillights, Sniper roll pan, custom hand-made valance in the front, and custom-made bed featuring wood and Mopar signs in the rear. Inside, there is the audio system by JL with an amplifier and 10” screen and custom hand-painted dashboard. 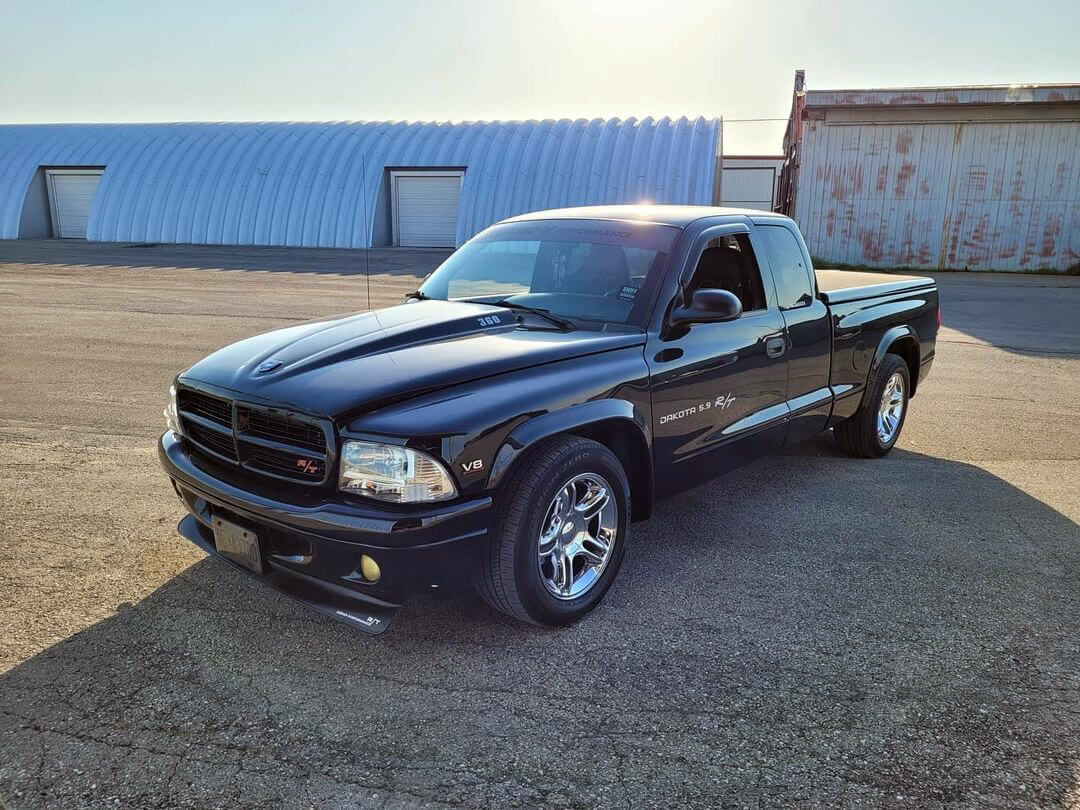 – My dad owns a 1971 Dodge Charger and is a diehard Mopar guy, so he got me into the muscle cars and trucks. 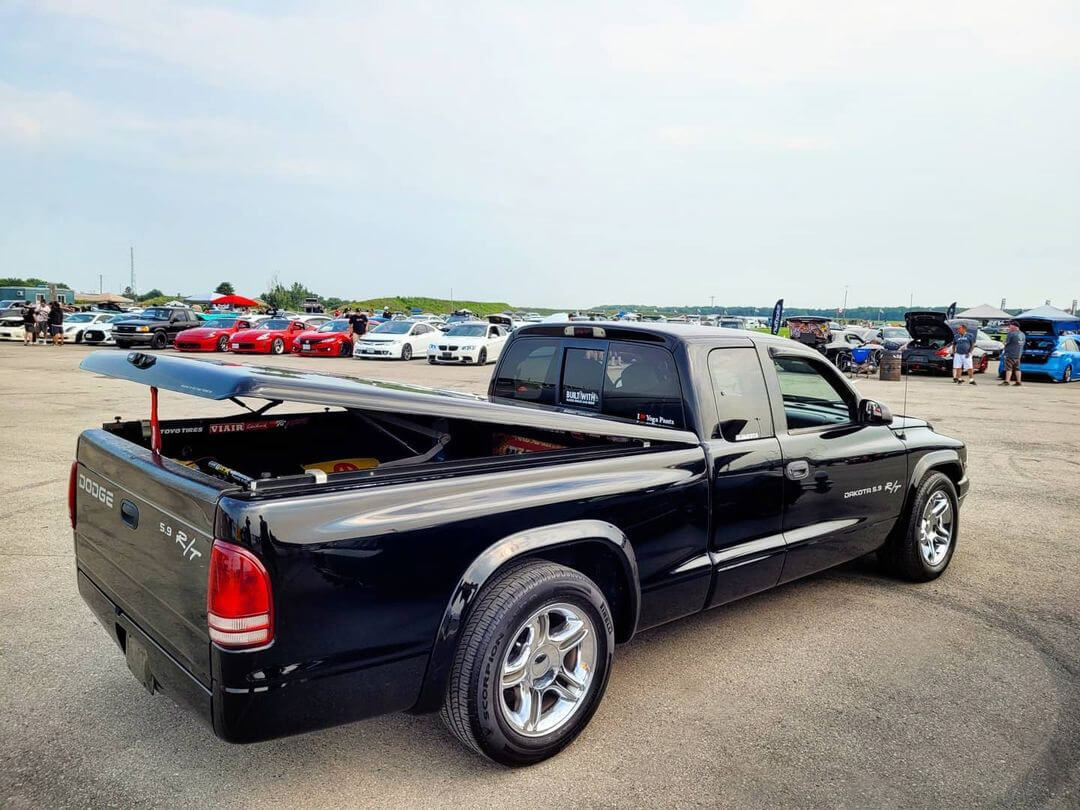 Why did you choose a Dodge Dakota R/T?

– Well when I was younger, I always saw this yellow Dodge Dakota RT and everytime we drove by I always dreamed of owning one and my dream came true owning mine now for 8 years now.

– Well I just want a driver with a little touch of performance, so nothing crazy. 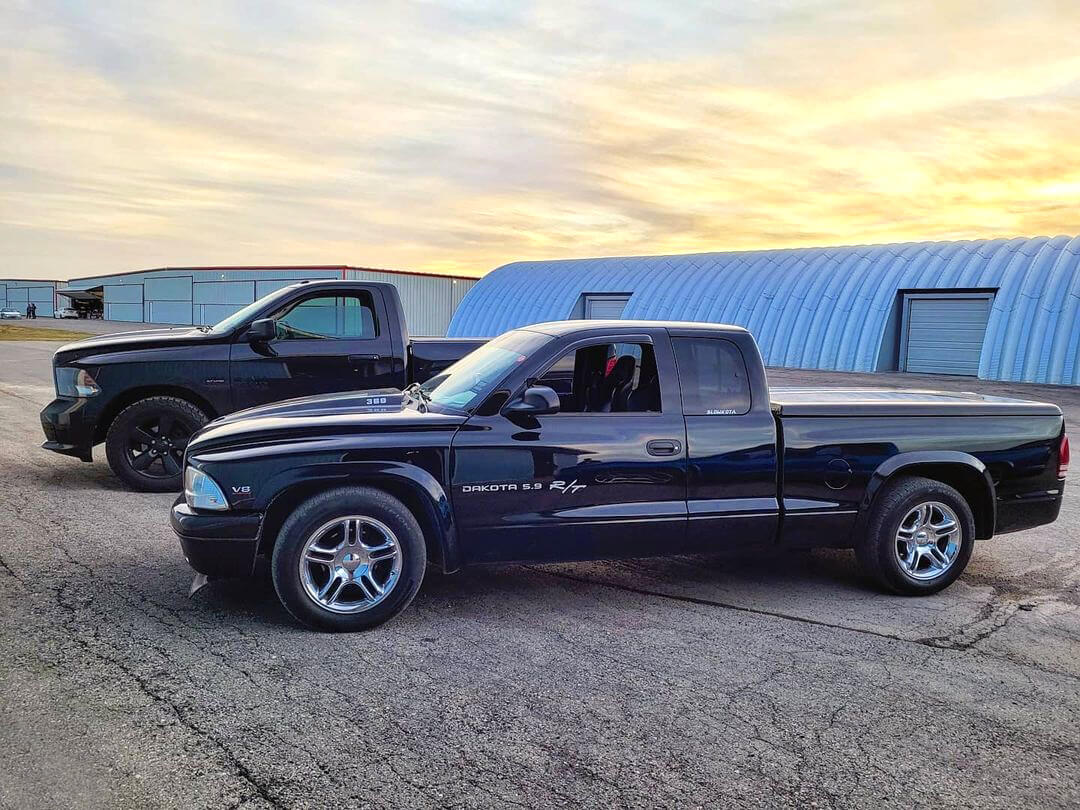 – Well when I first bought the truck she needed a bunch of body work, which took a while to find the right parts such as fenders and bumper.

What do you love about your truck?

Just the uniqueness of it you don’t see to many Dakota RTs around anymore especially in good condition. 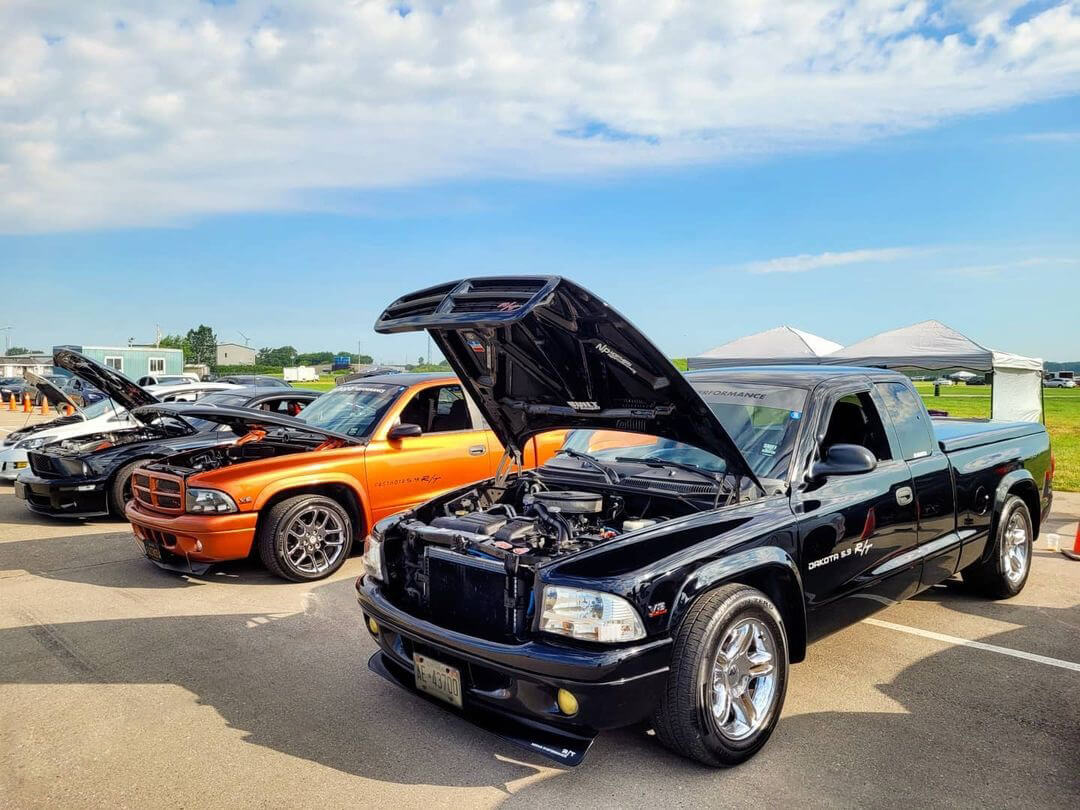 – It’s my weekend ride or when I feel like driving it. My daily is a 2016 dodge ram midnight express.

– Yes, all the time I get lots of compliments and usually win some awards. 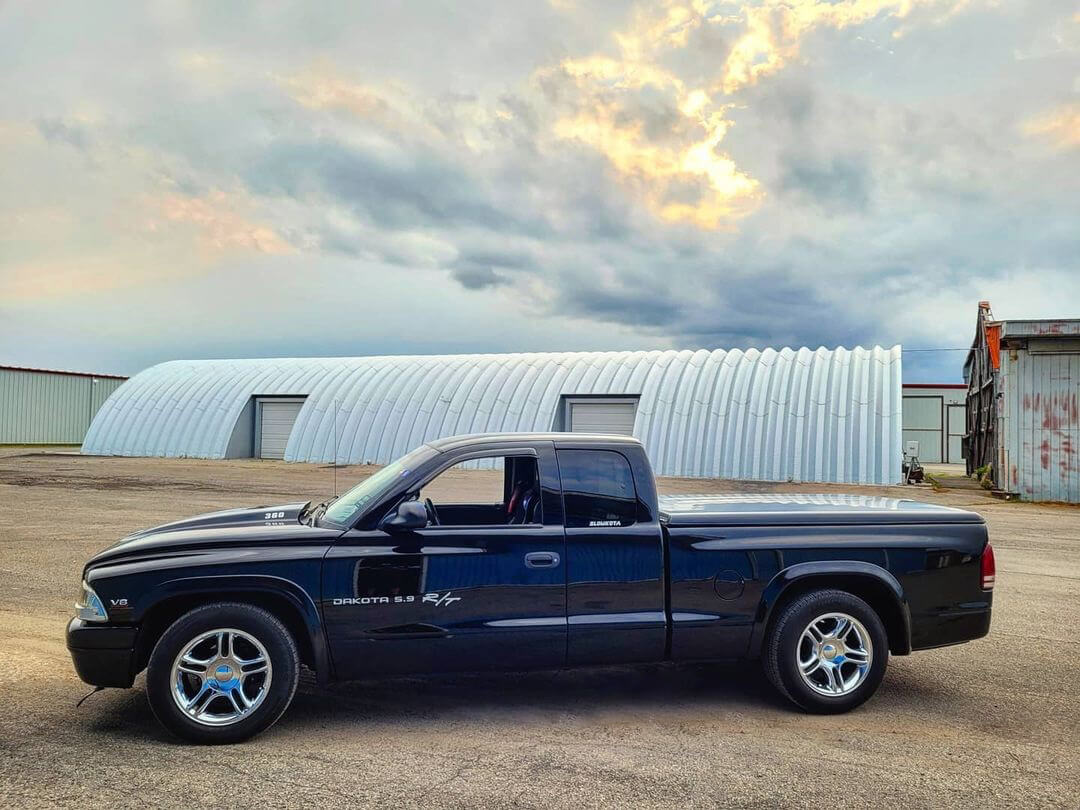 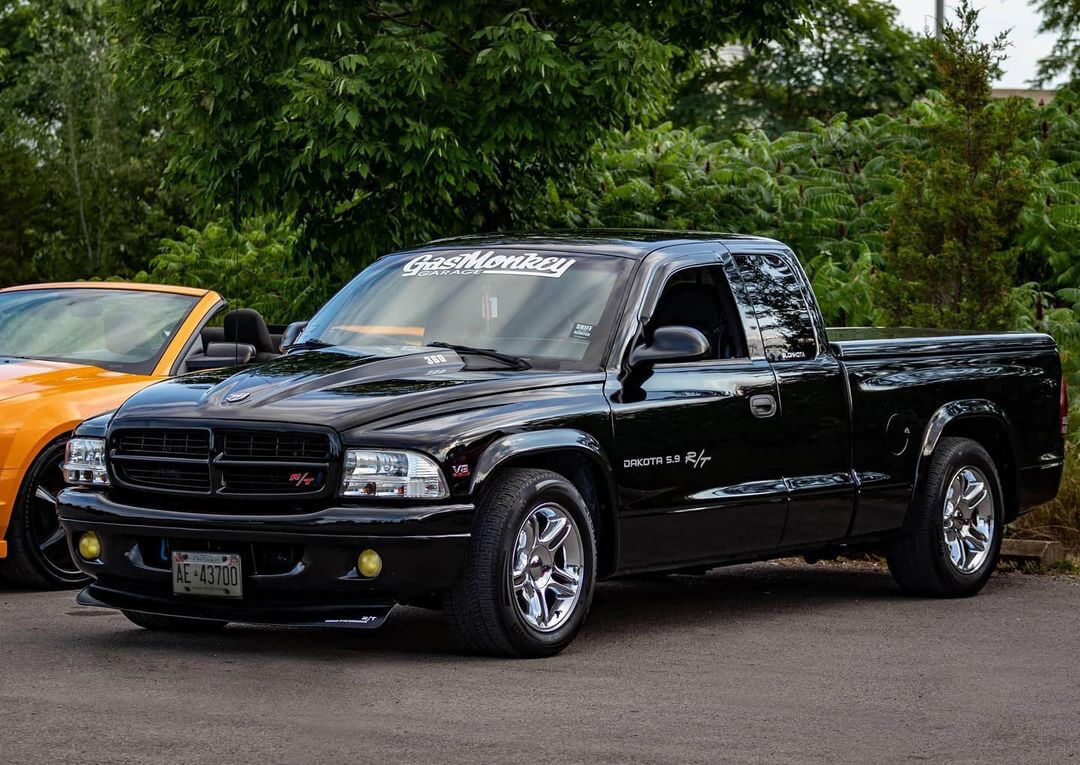 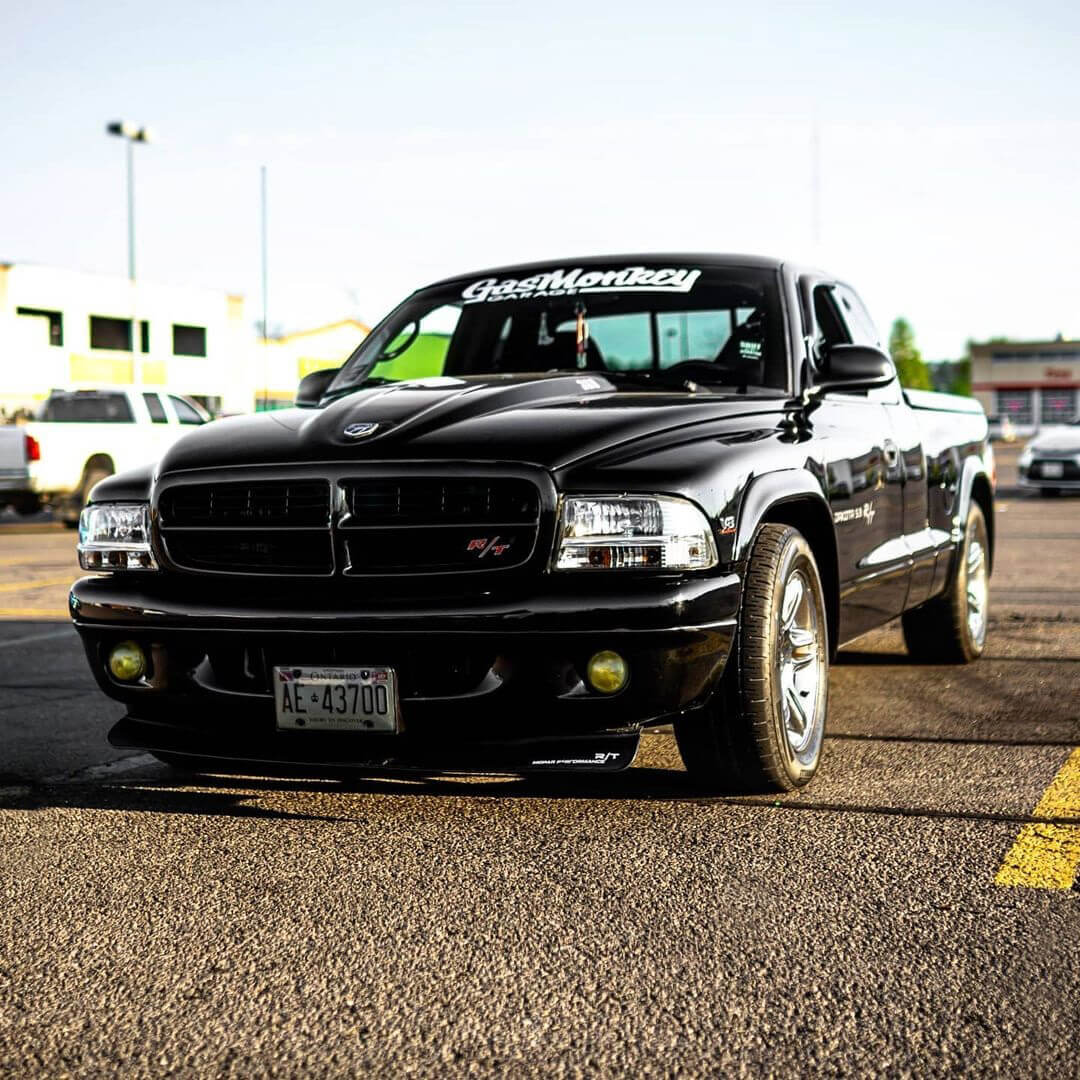 What are your future plans about this truck? 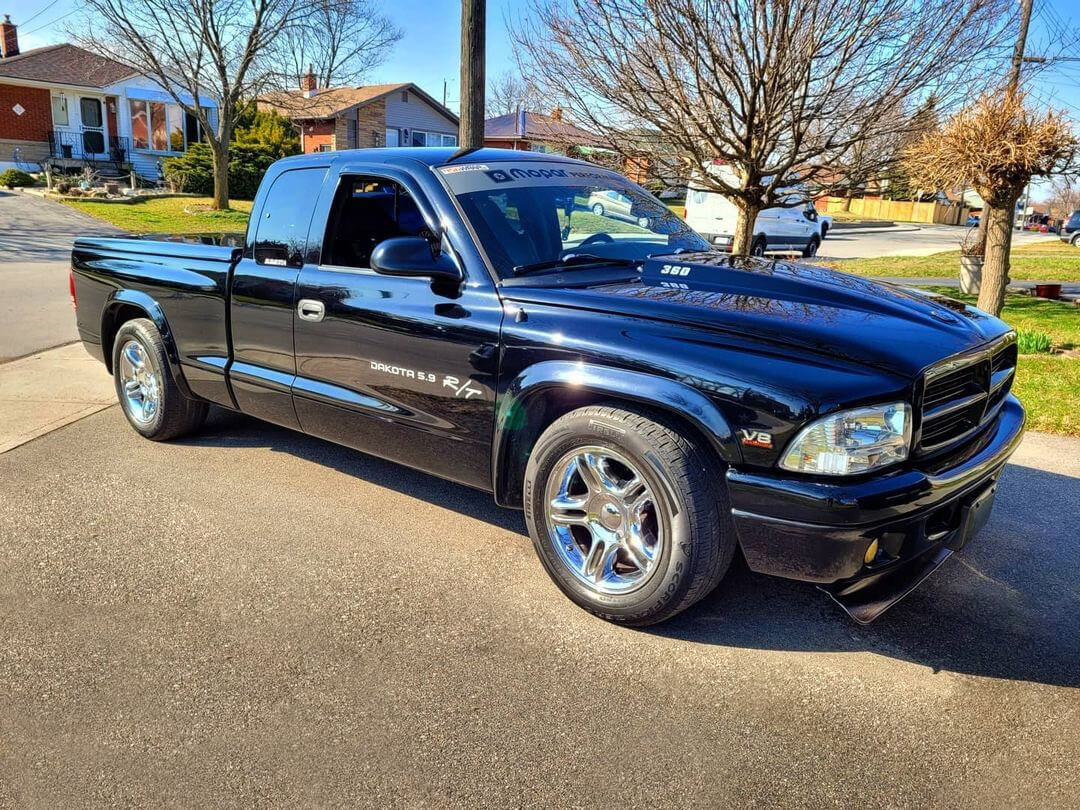 Alex uses his Dakota as a weekend ride, but sometimes also takes it when he’s in the right mood. Usually, his daily driver is the 2016 Dodge Ram Midnight Express. He gets the Dakota to car shows regularly and often earns some awards, but almost always gets lots of compliments and attention. We thank Alex for the interview and wish him and his outstanding truck all the best!

Watch the progress and find out more about this Dodge Dakota R/T project by visiting the Instagram profile of the owner: @slowkota88!