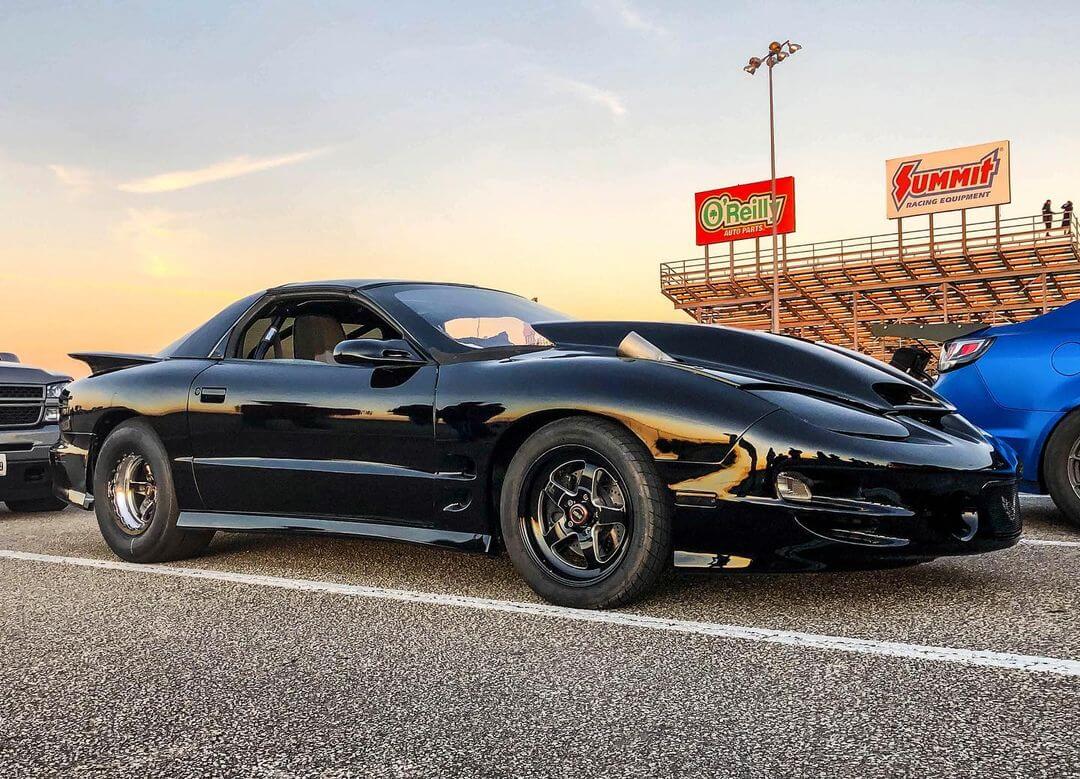 In 1969 Pontiac introduced the Performance and Appearance Package to the Firebird coded WS4 and called it Trans Am. This muscle car was built on the F-body platform shared with Chevy Camaro. The Sports Performance Package WS6 was first offered in 1978. The legendary LS1 version of the fourth and final generation of the Firebird came out after a major restyling in 1998. Even the stock configuration of the desired to this day 2002 WS6 Trans Am powered by a 5.7-liter LS1 V8 engine produced 325 hp and was capable of making the quarter-mile in just 13 seconds.

“Even though the Trans Am was discontinued after 2002, the model is still very much in demand among drag racing enthusiasts”

Even though the Trans Am was discontinued after 2002, the model is still very much in demand among drag racing enthusiasts. One of them, Juan from Texas, bought the wrecked 2002 WS6 in 2005 with low mileage on the clock. He has put it together himself in his garage. Juan and his dad are avid drag racers, so they started competing with each other resulting in a crash. Realizing that some modifications had to be made to make the vehicle safer and more capable, Juan began his long journey of building the incredible Bullet WS6. Roll cage, Dana S60 rear end, and FTI Turbo 400 transmission with Pro Torque converter and M&M air shifter were installed. At first, Juan used the car as a daily driver and didn’t race as much as he wanted, until he was able to buy a truck for that. 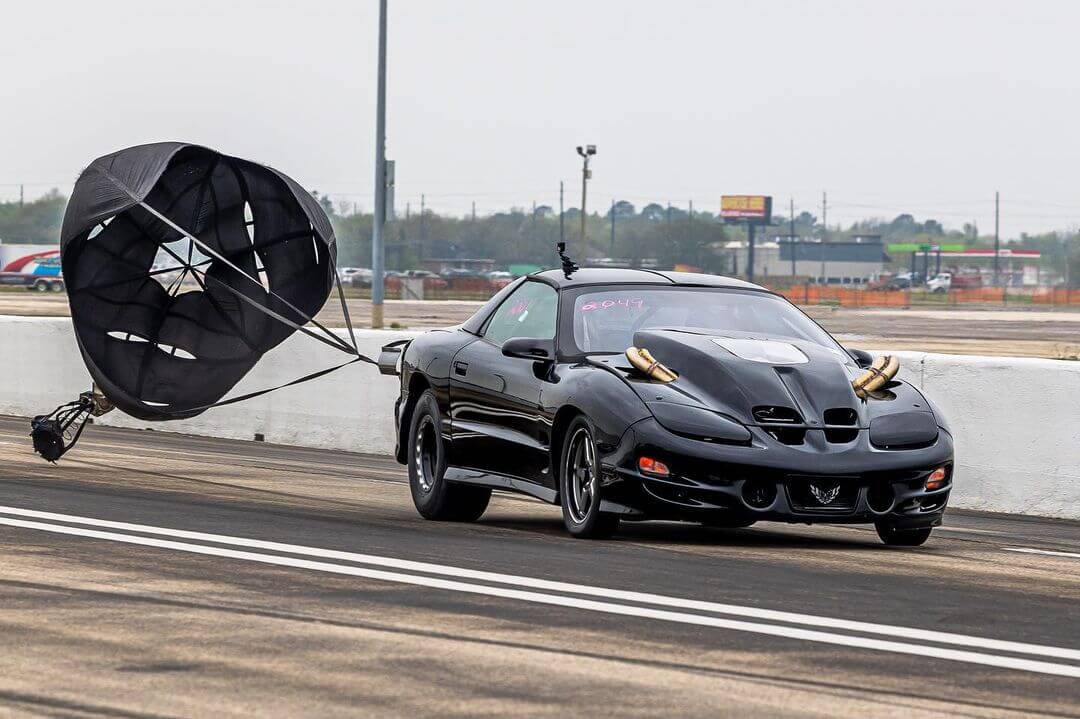 That’s when the period of serious modifications has started. The car was completely stripped and rewired. A new, lighter cage, suspension, and transmission came in. The motor was rebuilt and upgraded with a Nitros kit. A new Holley fuel injection system was added. The Trans Am now produced so much power that it started doing wheelies. But Juan didn’t stop there. He was still losing to turbocharged cars, which pushed him to the biggest transformation in the Bullet’s life. With the help of his friends, he was able to install the full twin BorgWarner S369SX-E turbo kit on the motor still set up for Nitros. These experiments logically lead to the motor breakdown, so when nothing could be fixed anymore, Juan sold his other car to buy a new 427 CID LSX engine built by LME and other crucial parts to avoid previous mistakes. It features a Callies crankshaft and Callies connecting rods, Wiseco custom pistons, new cylinder heads from Frankenstein Engine Dynamics, a Holley hi-Ram intake manifold, and custom American Speed Shops valvetrain and camshaft ground by Brian Tooley Racing. With a custom air-to-water intercooler setup, it produces around 1300 hp. 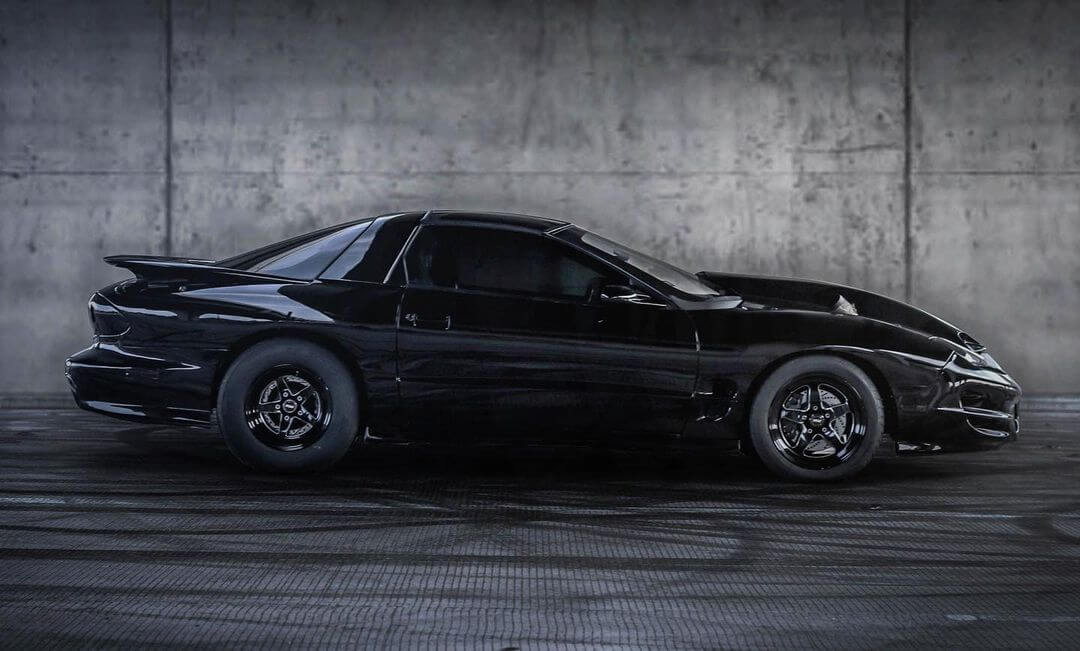 The Bullet is running the lightweight Midwest Chassis Fabricated 9″ rear end with 3.25 gearing which helps keep wheels on the ground. The tubular suspension sits on Viking double-adjustable coilovers. Two Magnafuel MP-4303 ProTuner pumps were installed to deliver fuel (the second one comes alive under boost). A custom fiberglass hood was made featuring a clear plastic centerpiece and holes for uniquely combined dual exhausts and downpipes coming straight through the top. The car is running on beadlocked Weld RTS racing wheels 17″ in the front and 15×10.5″ in the back wrapped in Mickey Thompson Pro tires. The stock hatch was replaced with its VFN fiberglass counterpart that ends with a long Pro Stock wing. That what you can expect to see when Juan takes his 2002 Bullet WS6 Trans Am to street class drag racing events. 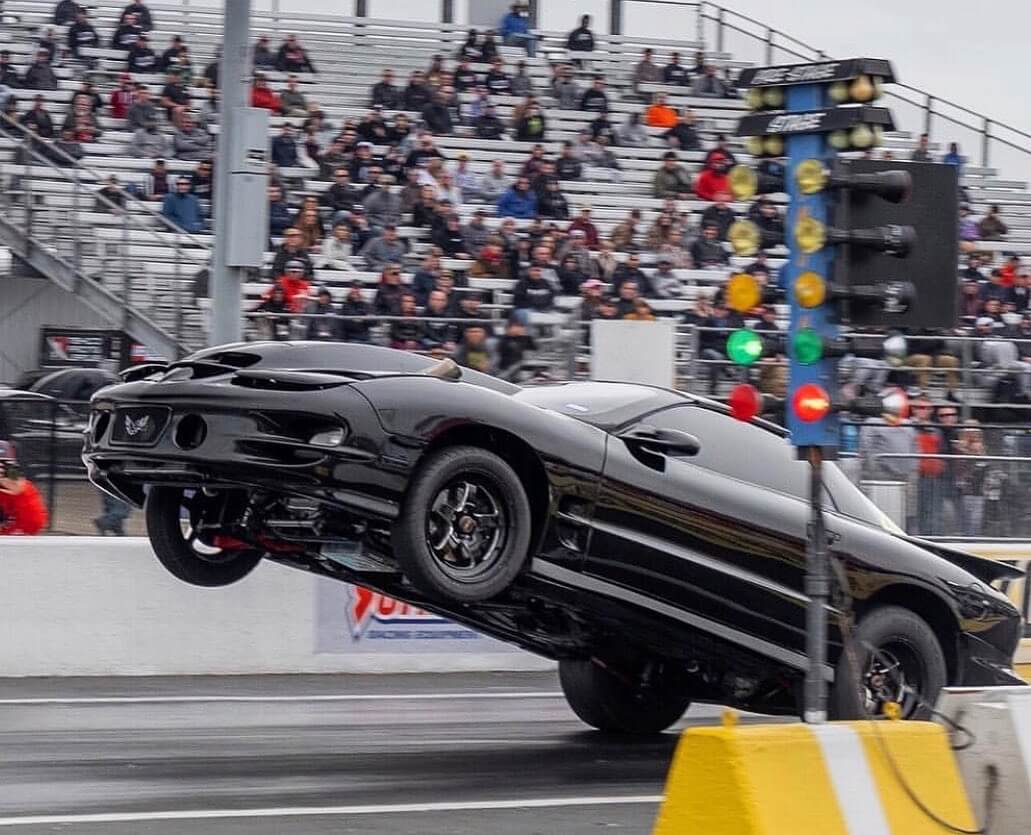 Watch the progress and find out more about this Pontiac Firebird WS6 project by visiting the Instagram profile of the owner: @thebulletws6!