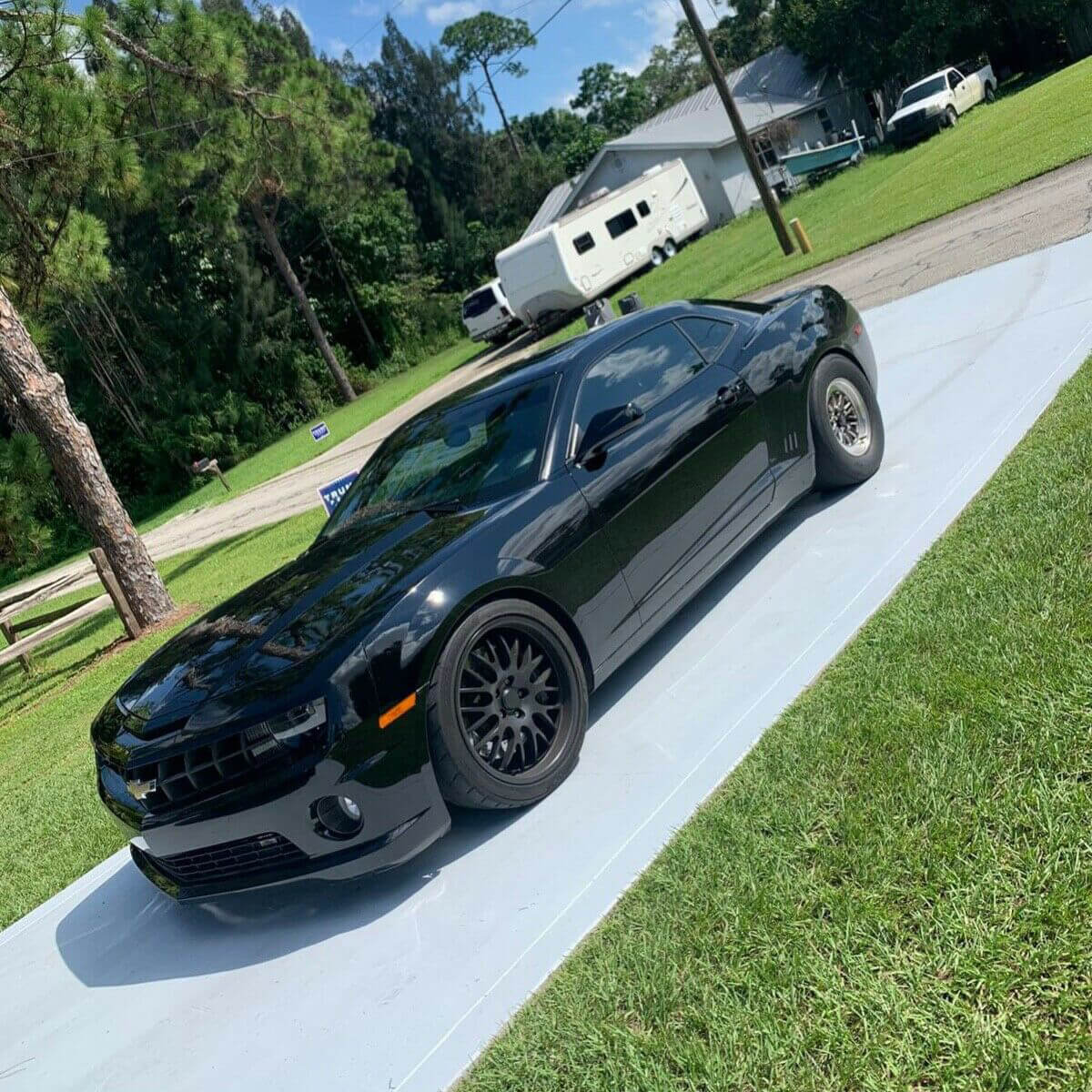 Hennessey Performance is famous for its insane projects and speeds record-breaking builds. One of such builds based on a 2010 Chevy Camaro SS is up for sale for just about $35.000. But what makes a 2010 Camaro cost that much you may ask (of course if you’re not familiar with the above-mentioned performance shop).

As soon as it rolled out from the dealer’s showroom, the vehicle went directly to Hennessey performance where it was outfitted with a groundbreaking twin-turbo charger and their stunning 650HP package, that includes lots of other subtle performance upgrades to handle the improved HP and torque.

Hint for collectors: being #2 of just 50 vehicles made, it will certainly improve in value over time.

Unlike many all-out performance projects, this badass 2010 Camaro was not outfitted with questionable exterior modifications and preserved the original body lines. Only the aggressive mismatching set of Weld drag wheels suggests that there’s something more than just a stock SS engine hidden under the hood of this beast.

The original owner, however, decided not to stop with the Hennessey 650HP set up and opted for an even bigger twin-turbo setup by AGP. He came to the point where the factory transmission became useless in handling the improved amount of torque, so it was decided to upgrade it with an rpm performance Level x 4l60 automatic transmission rated at 1200HP with a PCs controller that allows driving it on the street with the comfort of a stock vehicle and break the speed records at the drag strip.

Obviously, the stock suspension wouldn’t be able to handle the gigantic performance improvement correctly, so the vehicle was upgraded with a front coilover kit by Hennesey, 15.5” Drilled and slotted disc brakes by BAER and a tried and tested BMR drag rear suspension setup with BMR 15” rear wheel conversion & Wilwood brakes.

With only 14,000 miles on the odo and perfect mechanical condition, you realize a price tag of $35,000 is a complete bargain for any fan or collector.