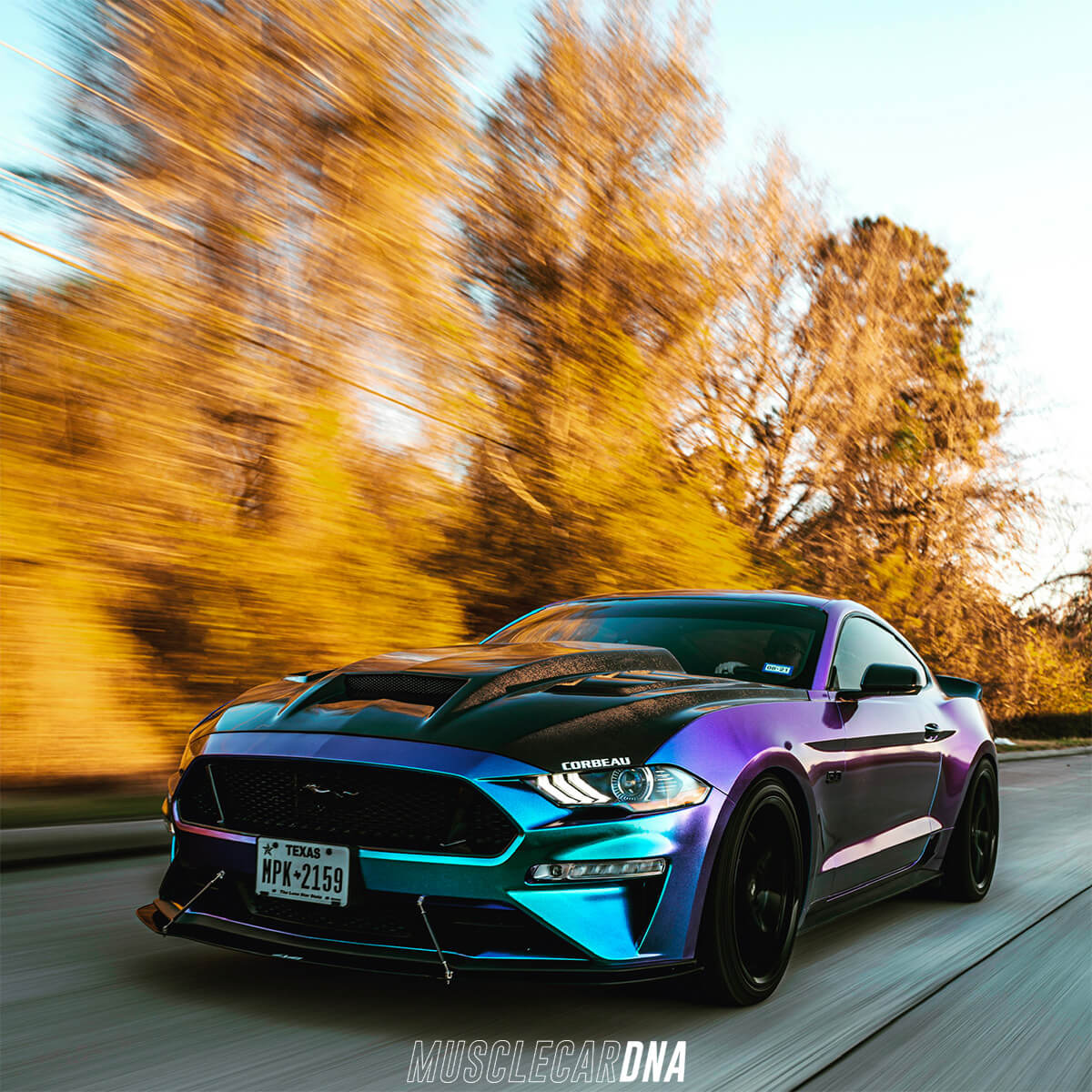 Today on MuscleCarDNA, we’re featuring another awesome Ford Mustang s550 build owned by Anthony Sorgi, from Texas. The striking chameleon vinyl wrap is the first thing that catches your eye from first sight, but if you stop for a second and pay more attention to the car, you’ll notice a lot of other legit upgrades that involve visual and performance modifications.

Let’s take a closer look at this chameleon GT and start with the front-end exterior upgrades. The VIS-carbon Terminator hood combines the coolest things that we love about custom hoods: it’s got functional heat extraction vents and the massive cowl that make the appearance of this Mustang even more muscular. 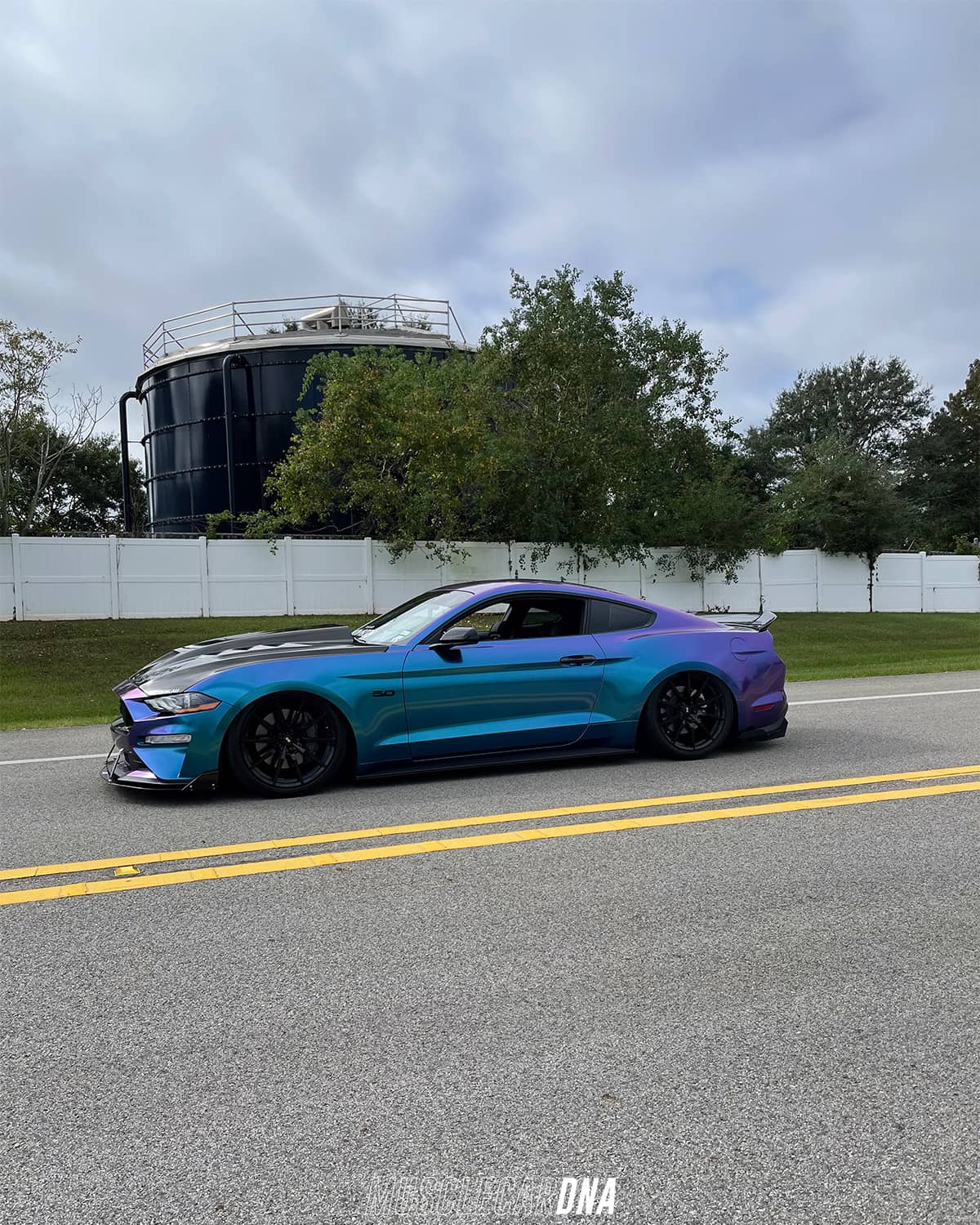 Moving down below on the front end you’ll notice the LV racing-inspired splitter and carbon fiber rods that hang just a couple of inches above the ground. Matching LV side skirts continue the sporty theme and make the car look closer to the ground. 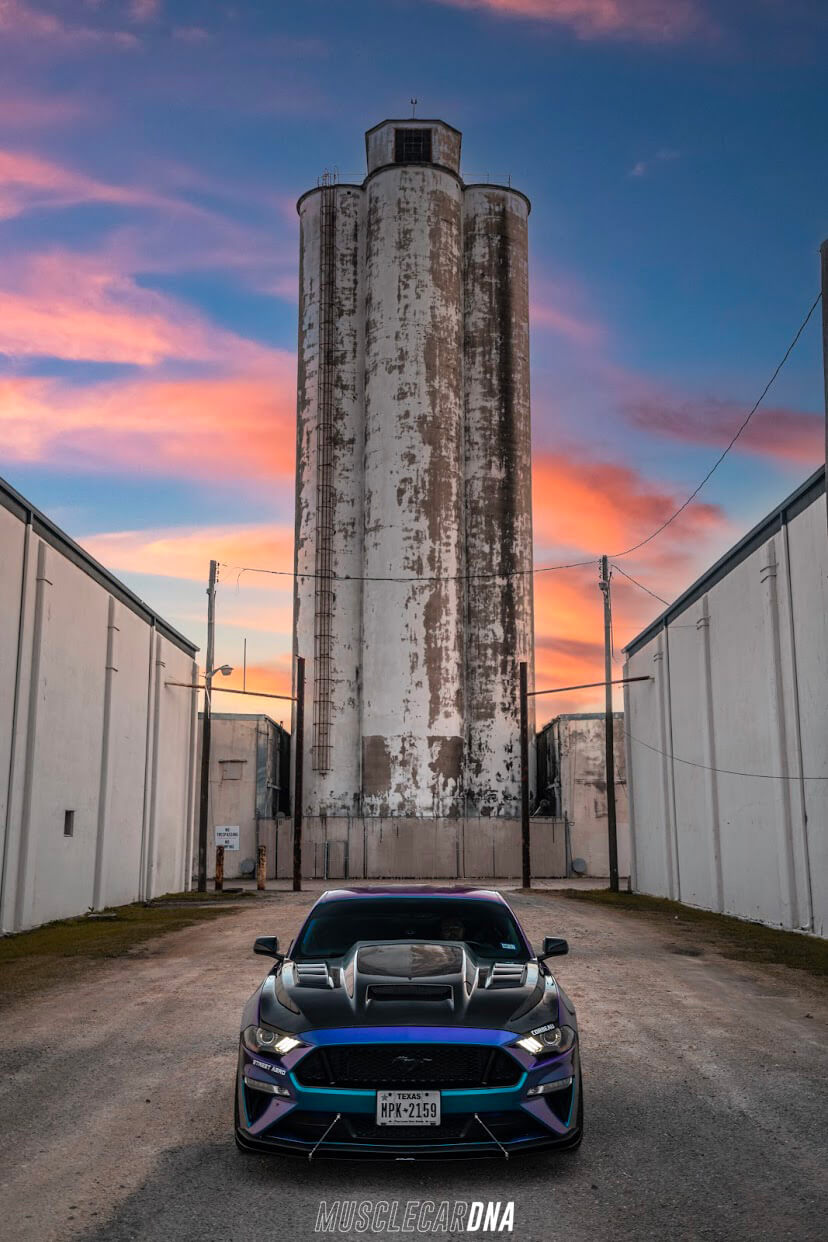 On the back, you’ll notice the Angry Stallion rear side flares, Street aero-Rear diffuser with quad dual-exit tailpipes of the performance exhaust, and MMD V-series ducktail spoiler (Probably it’s the best spoiler design ever created for an S550 Mustang). All of these exterior components blend in nicely and create a complete performance-inspired look. 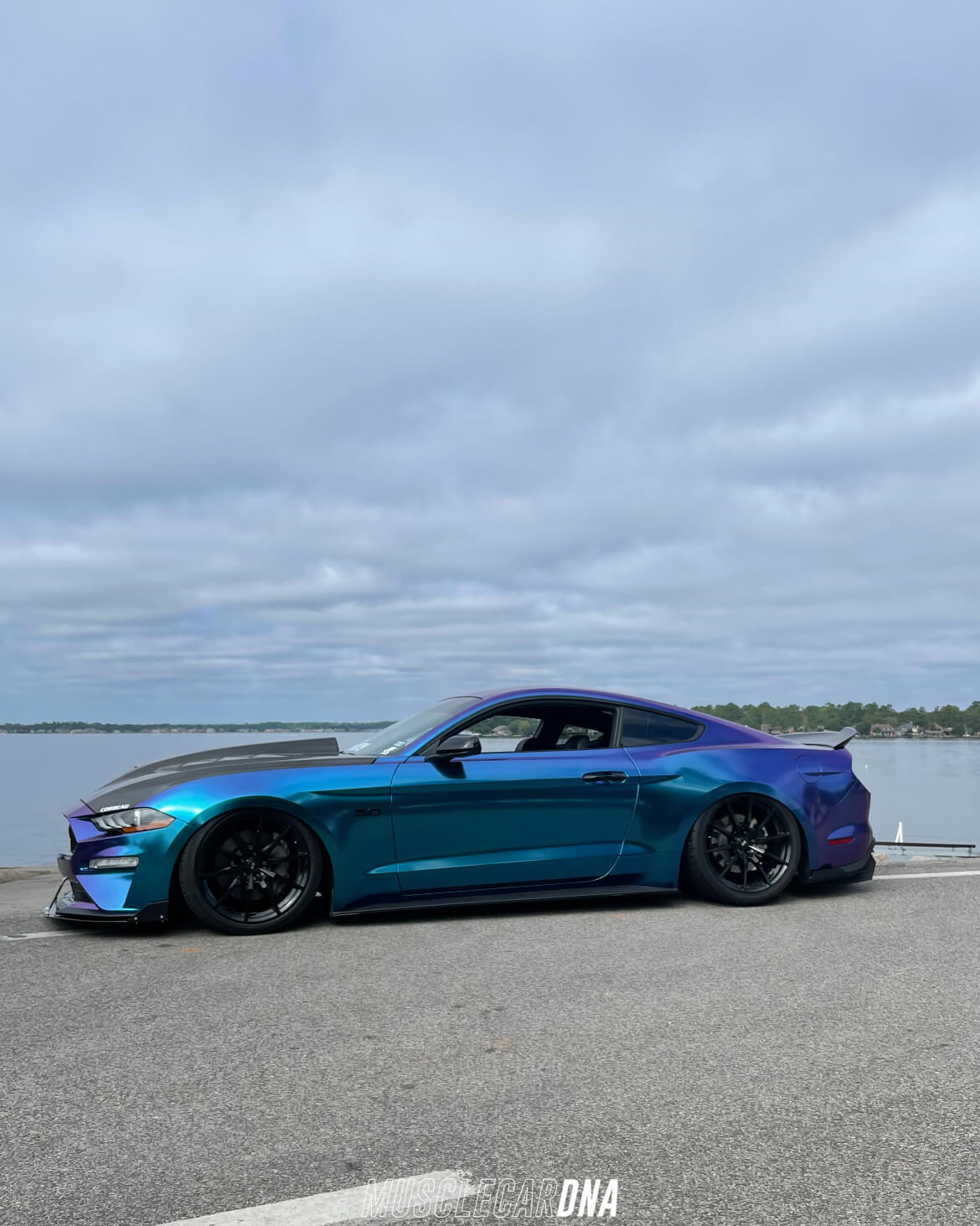 Another cool part of this Mustang build is the ground-hugging stance that was achieved with a help of air suspension. The car sits low on airbags with Airlift’s tried and tested 3P suspension management system which allows you to run various settings in terms of height and stiffness to tailor the suspension to your driving preferences. 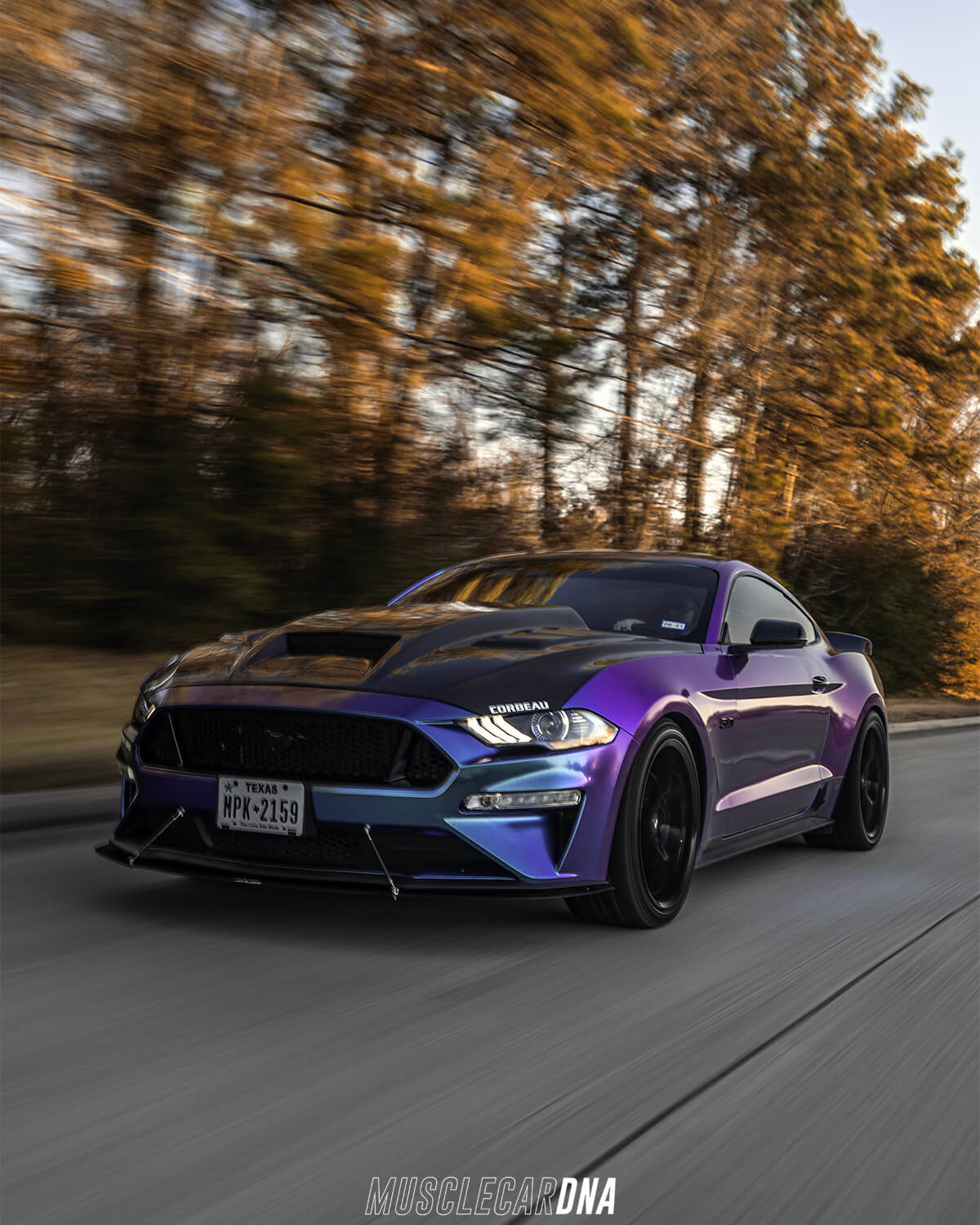 To back up the looks, Anthony installed a couple of bolt-on upgrades that bumped up the performance potential of his GT. To improve the engine aspiration, the restrictive stock air box was swapped up with a JLT performance air intake, which resulted in a couple of extra HP. To take the gains further, he also installed a JLT-oil separator, SCT BDX programmer with a lethal tune (93 and 85), and finally changed the x-pipe to the straight pipe.

“To back up the looks, Anthony installed a couple of bolt-on upgrades that bumped up the performance potential of his GT” 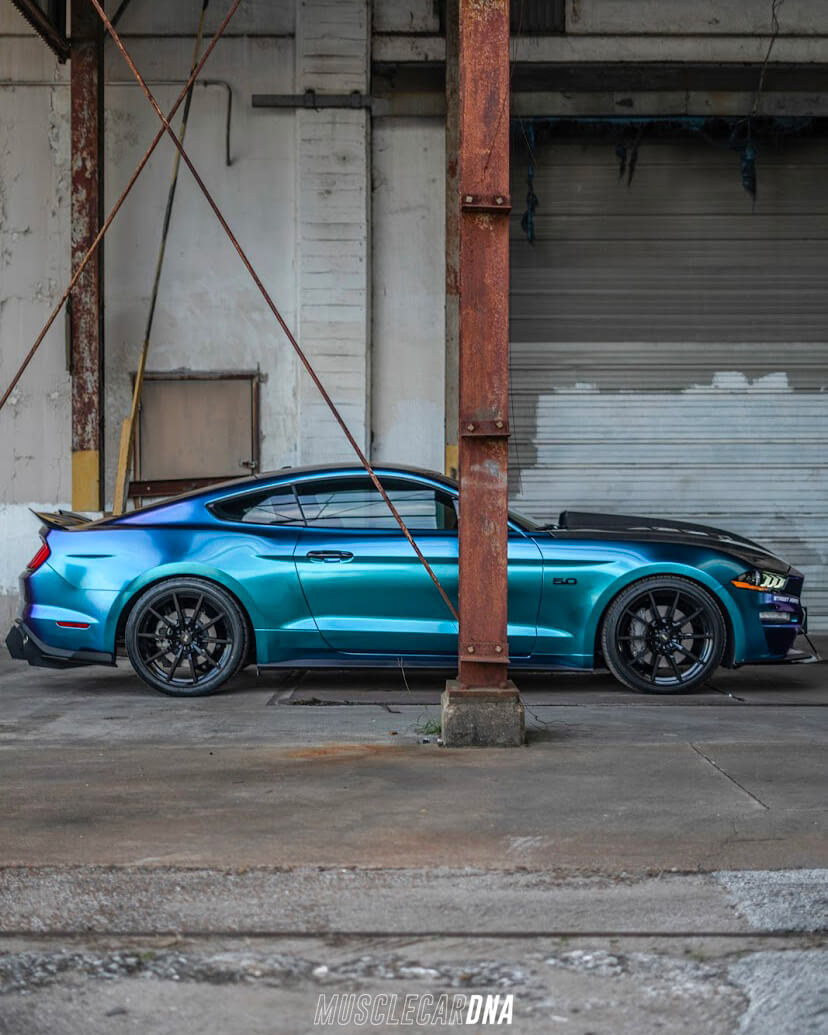 The interior wasn’t left untouched either. The owner of this S550 decided to continue the carbon fiber theme and added a few stylish accents along with a new carbon fiber shift knob. Factory seats were replaced with a pair of racing-style buckets by Corbeau with enhanced leather support.

To get more functionality behind the wheel the standard factory stereo was replaced by a more advanced 8” Navos OE-Style display upgrade with GPS. 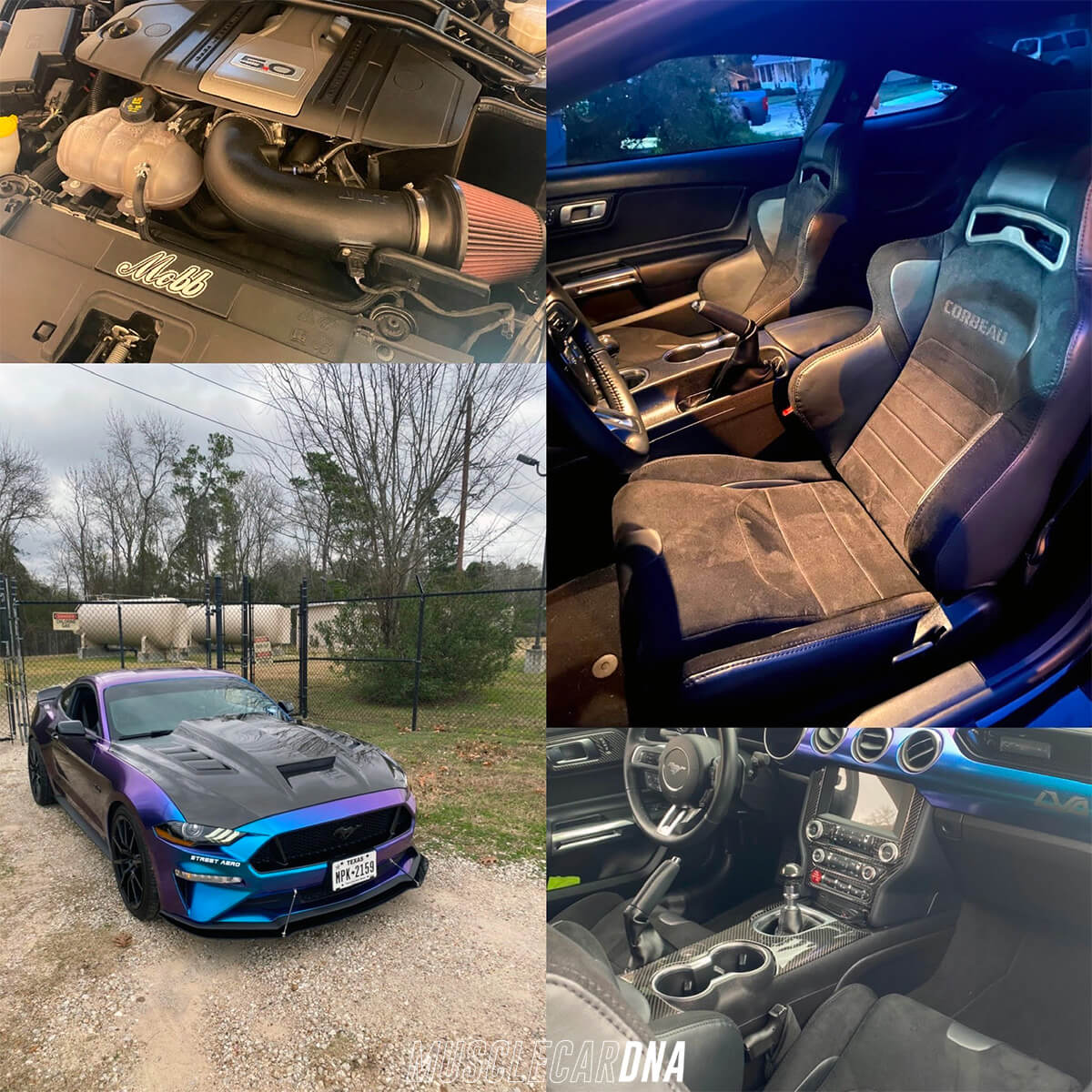 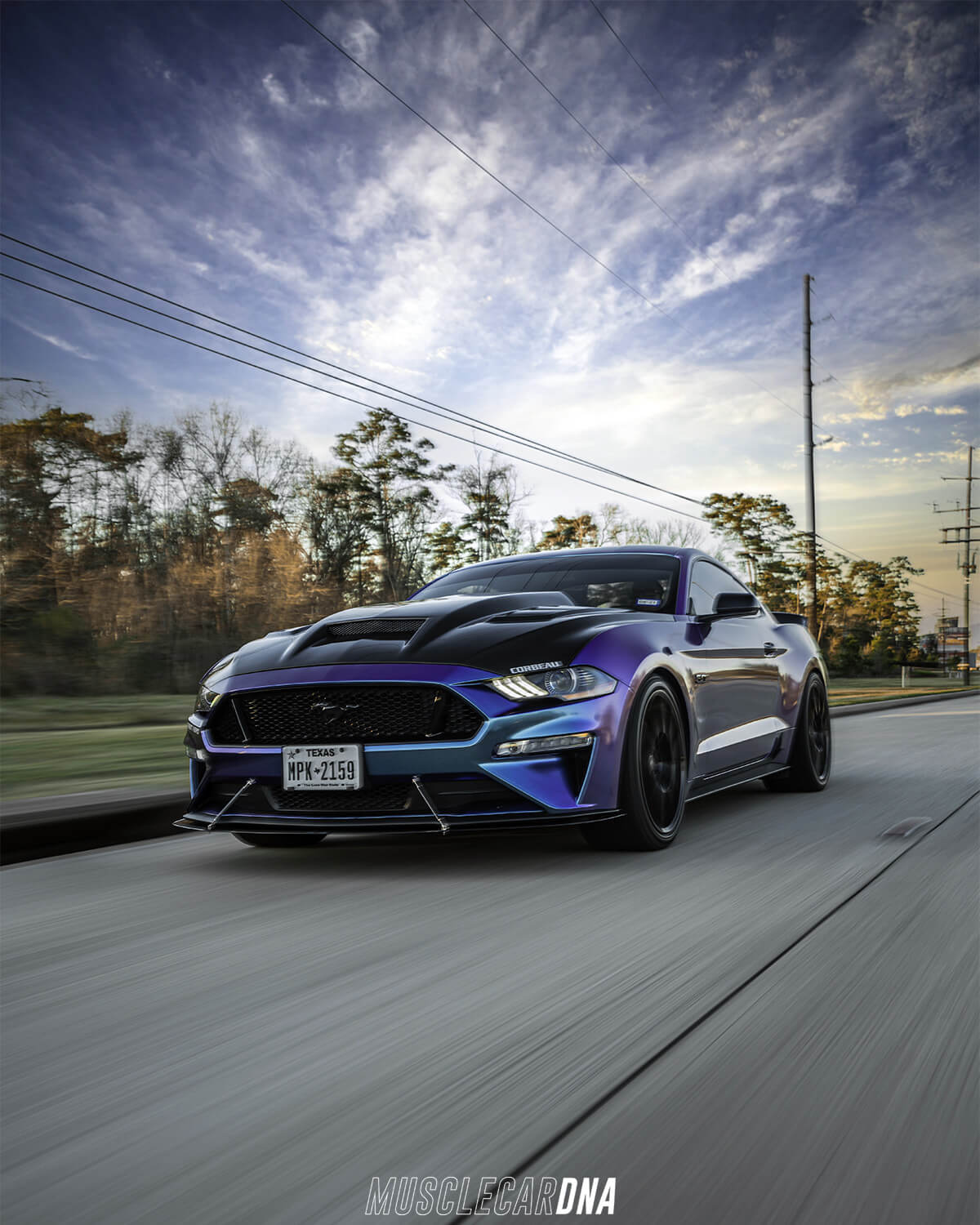 Probably, the most popular muscle car in the world, the Ford Mustang boasts a huge army of followers and owners. The model was launched back in 1964 and attracted attention immediately – its outstanding combination of excellent performance and affordable price tag left almost anyone indifferent.

Even though the Mustang delivers impressive performance and looks from the factory, there is always room for improvement. So it often gets modified with various performance and visual upgrades. 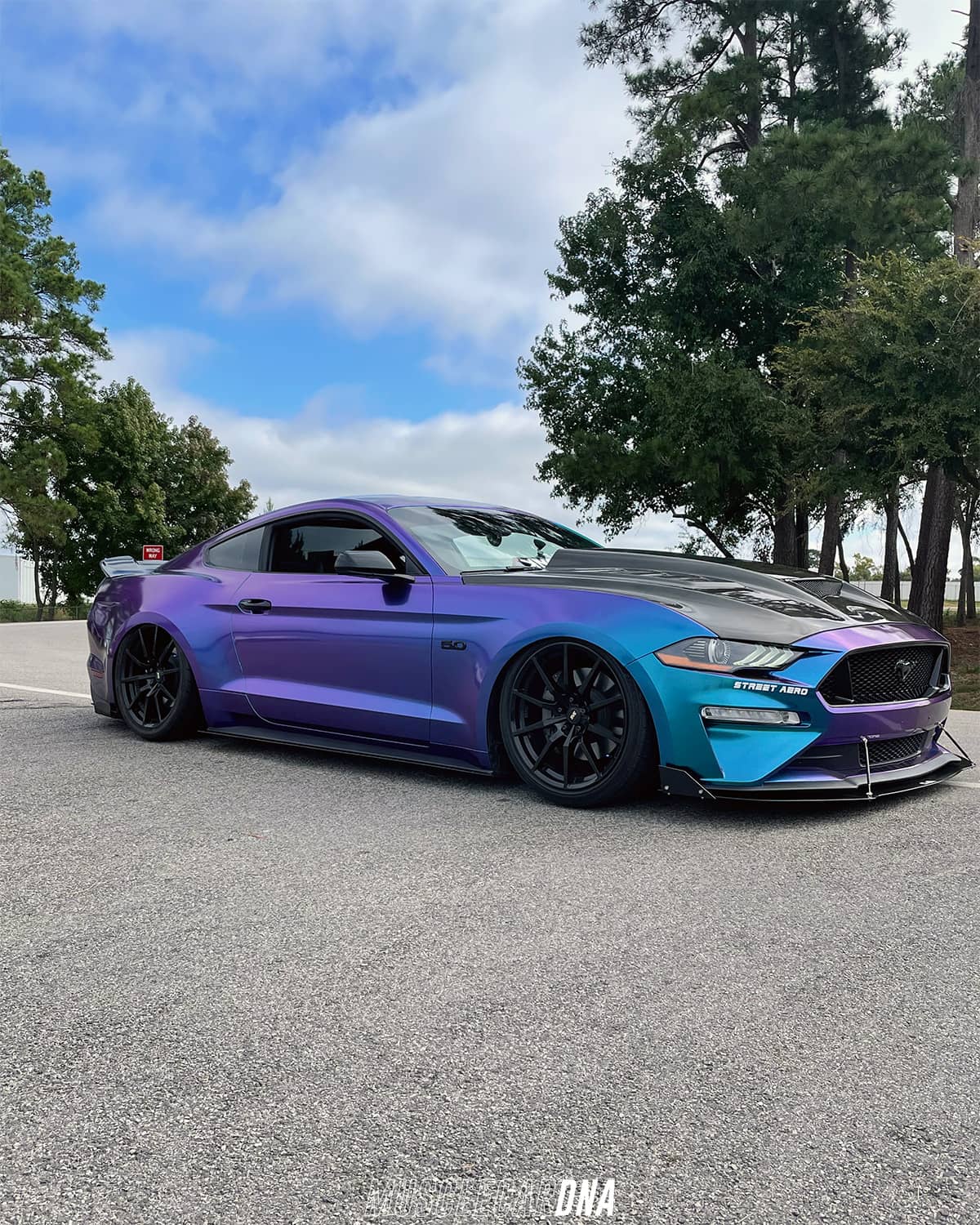 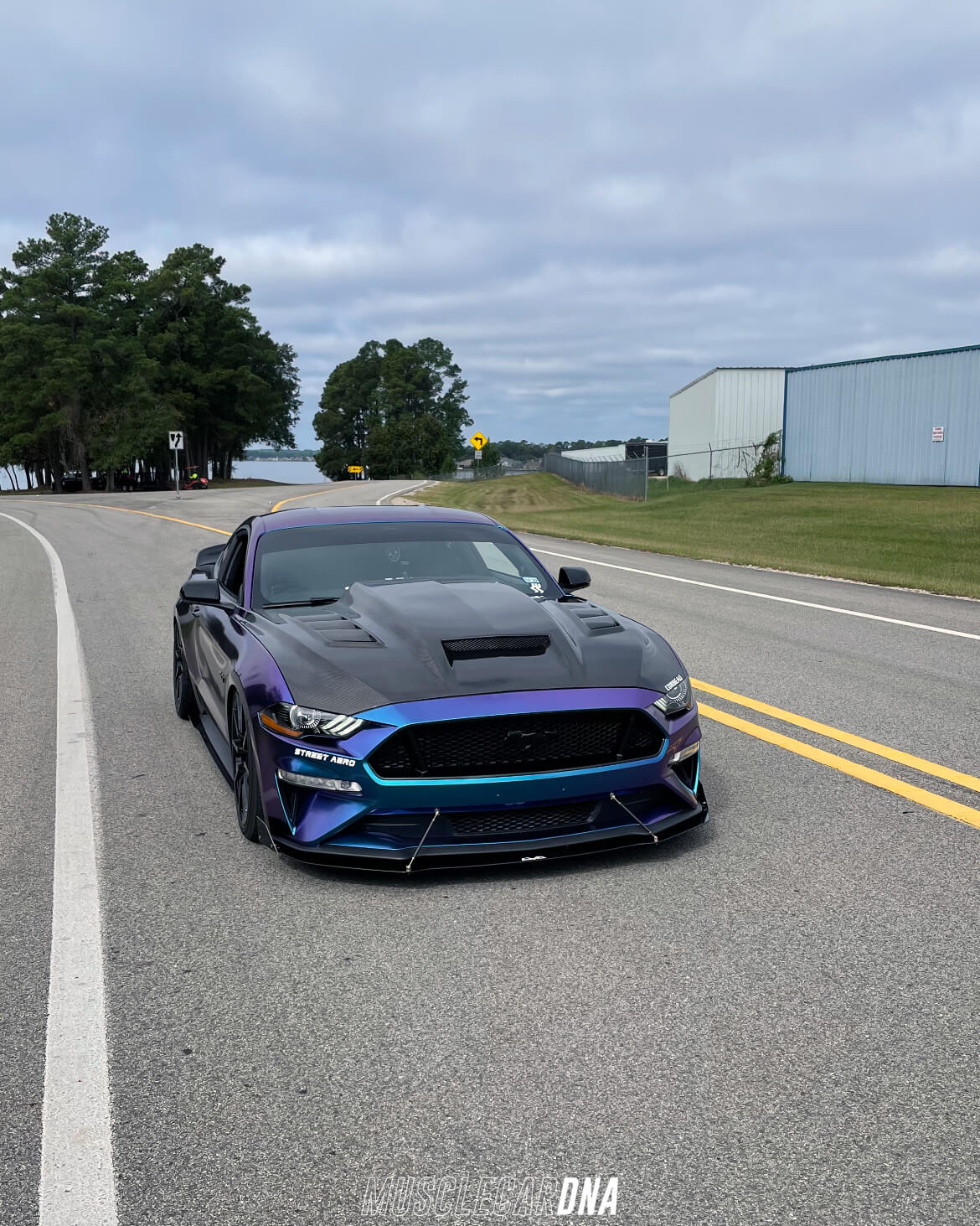 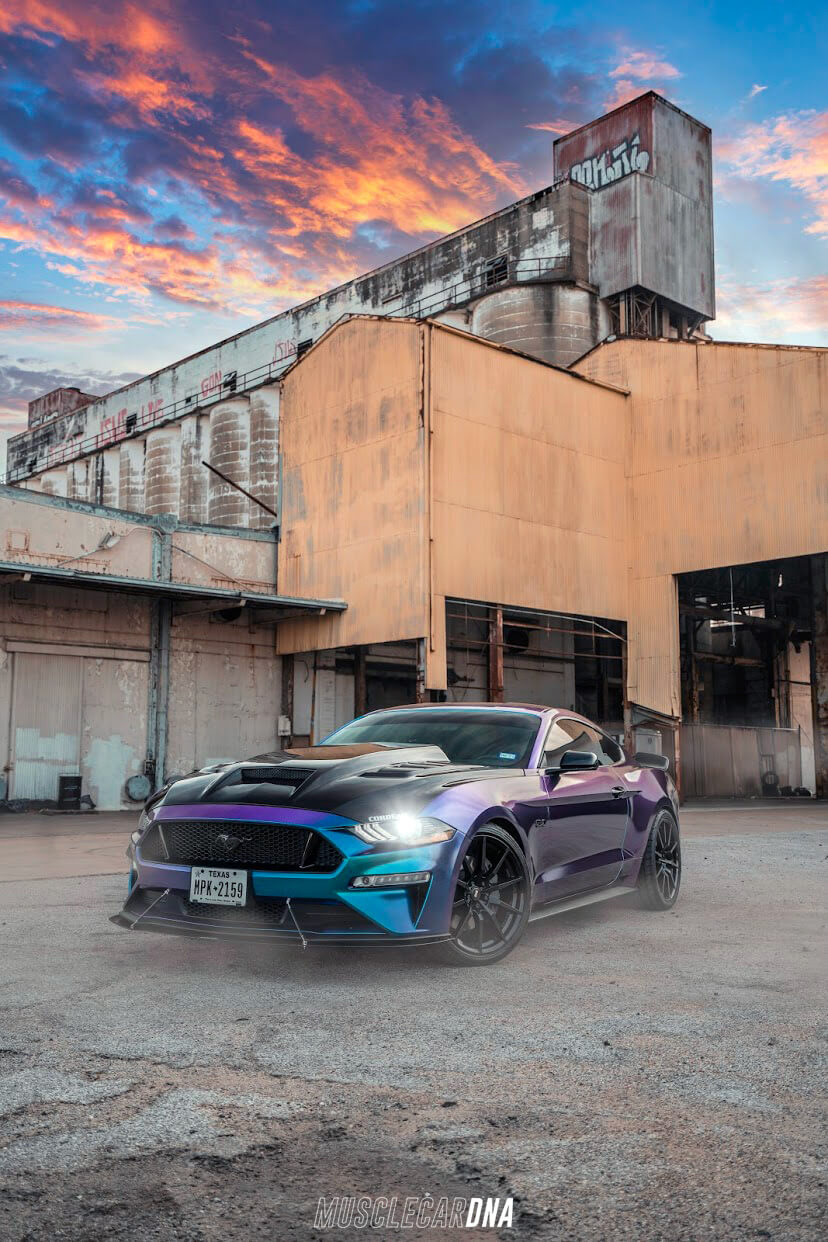 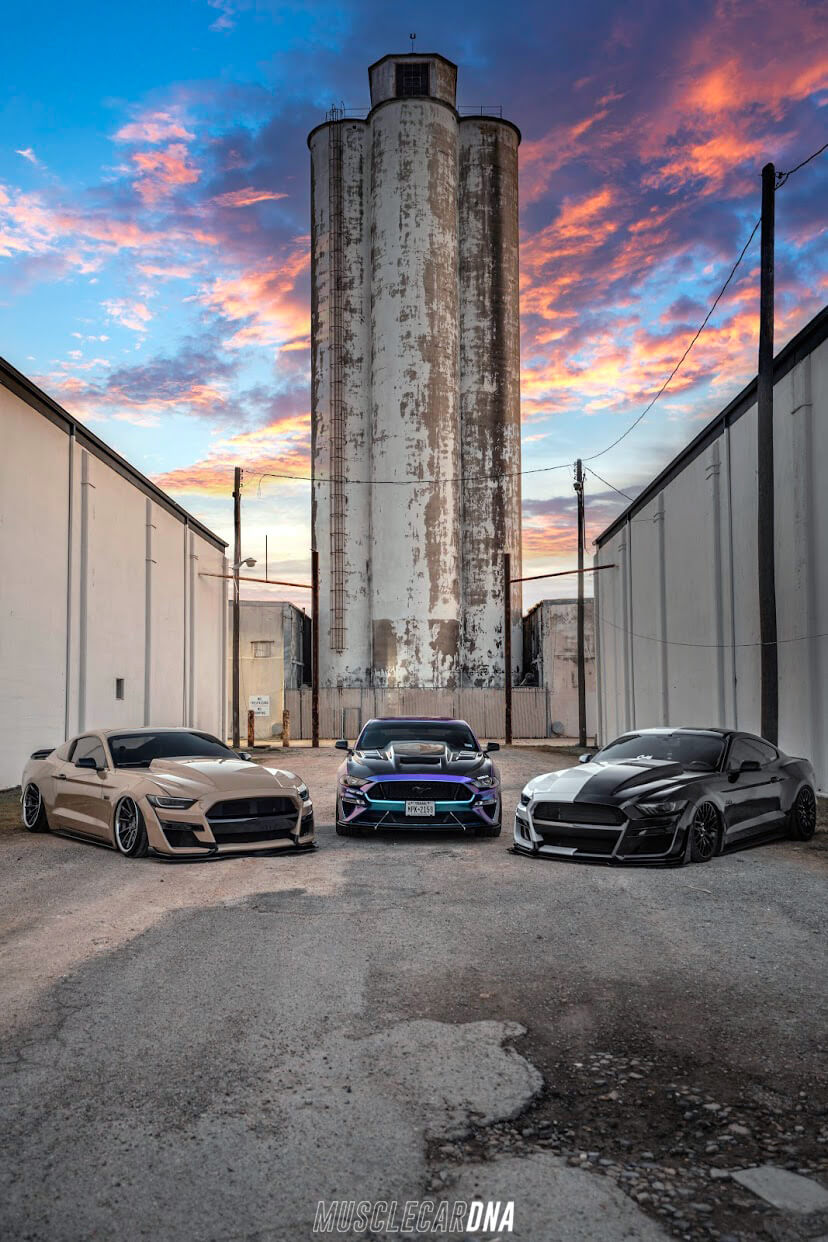 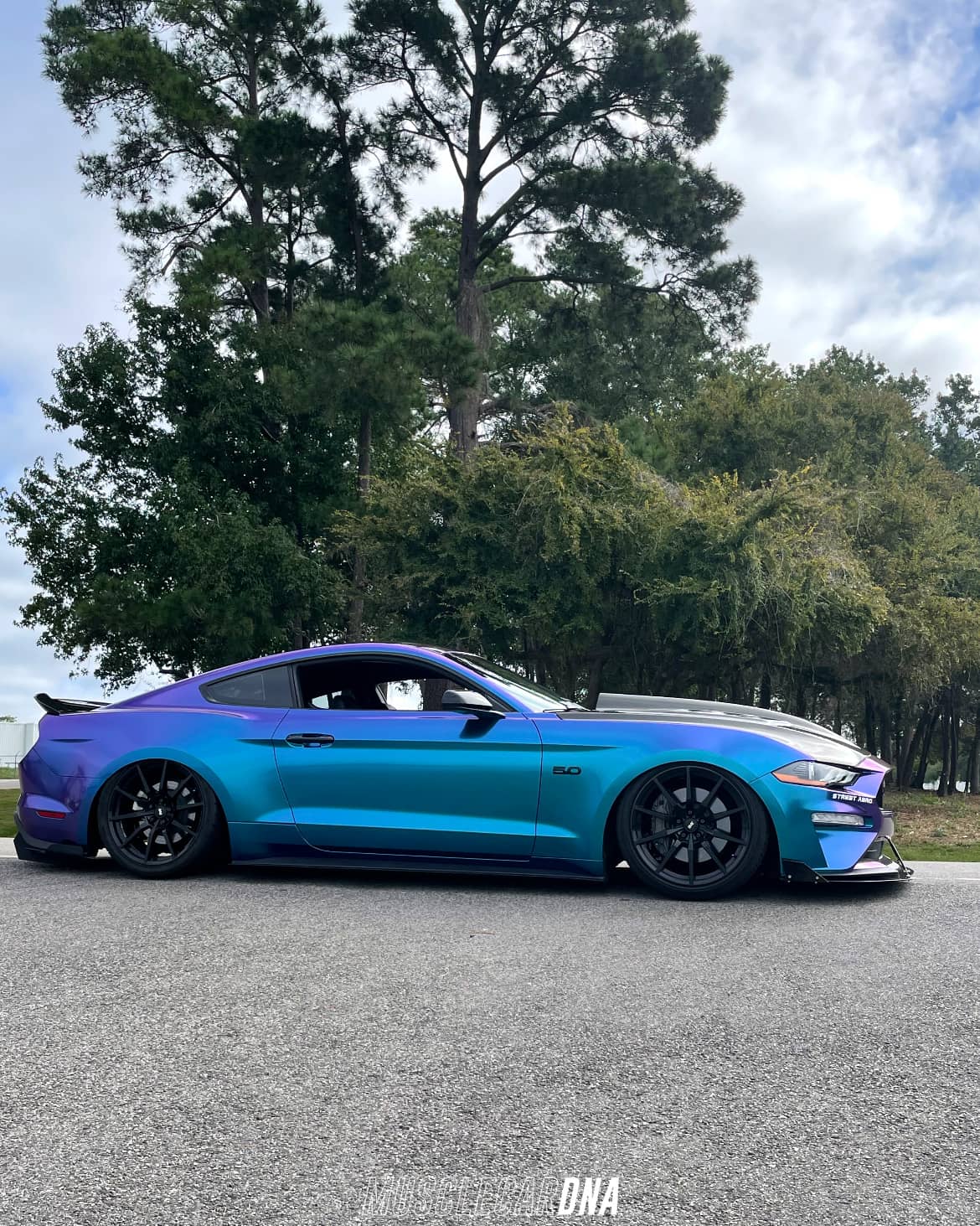 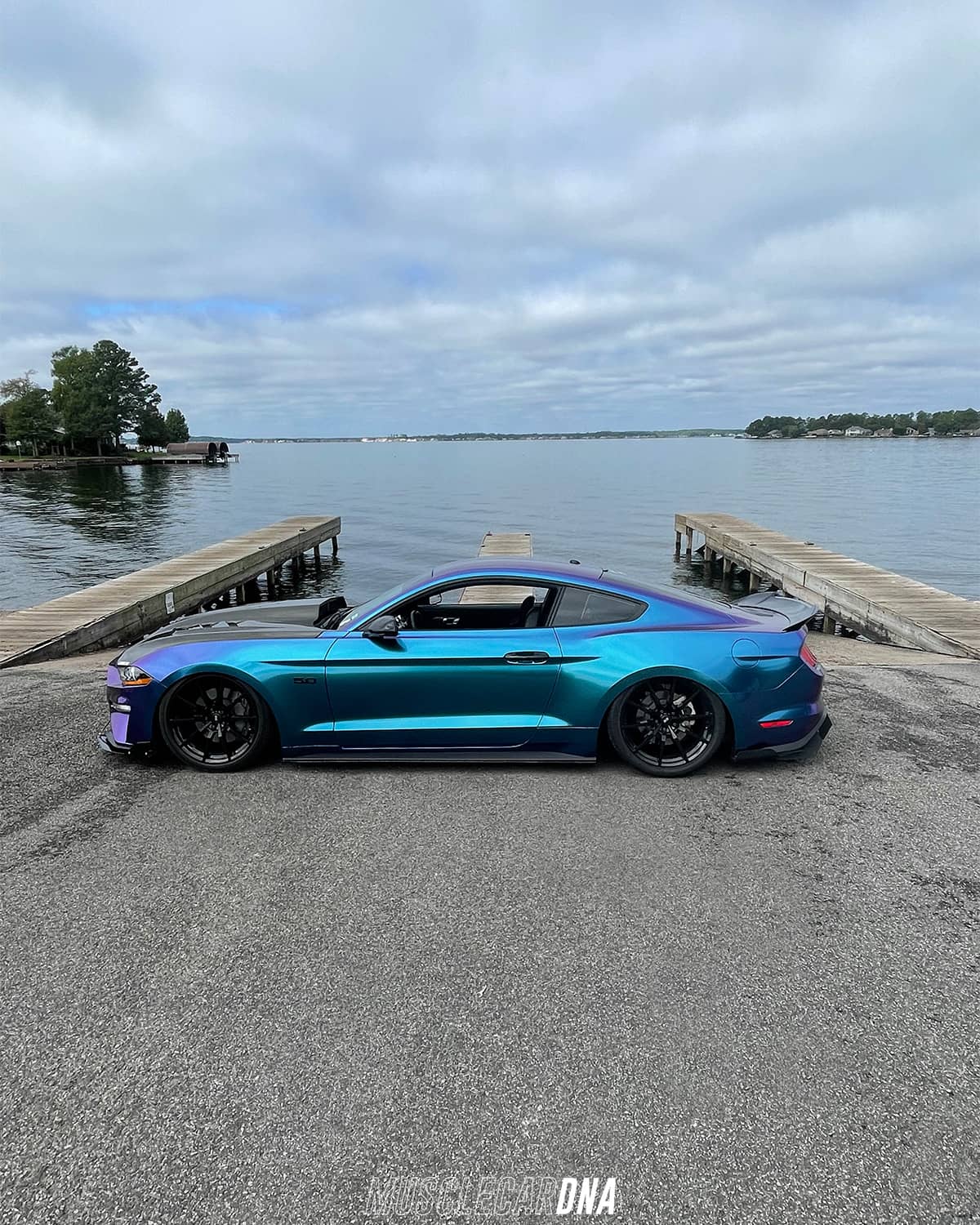 Watch the progress and find out more about this Ford Mustang S550 project by visiting the Instagram profile of the owner: @night_mare_2019!