With all the variety of modification styles on the street scene, we see all kinds…

One of the most iconic American sports cars, the Chevy Corvette boasts an outstanding ongoing production run that includes almost 70 years already. Launched back in 1953, the model has been positioned as the brand’s halo car for decades. Small, light and very powerful, the Vette has earned a huge range of followers very fast and their number continues to rise nowadays. For the first three years of run, the model offered only one engine option, being 3.9 L I6, but in 1955 a larger 4.3 L V8 was added to the line and became an instant hit – only 6 units were ordered with the old engine, all others came with a V8 power mill under the hood. For the next model year, the car was refreshed too. There were several other refreshments up to 1963, when the second generation named the C2 entered the market.

The second generation underwent a complete redesign, received a Sting Ray part in the nameplate, and numerous other upgrades, but retained one of its most distinctive features – fiberglass body panels. The car was also made smaller and lighter than the preceding version, while the horsepower output remained the same that resulted in faster acceleration. The line of engine options was much wider if compared to the preceding version – it included 12 units, all V8s with the displacement ranging from 5.4 L and up to 7.0 L. As for transmissions – only three variants were offered, 2-speed automatic and 3-speed and 4-speed manual. Despite the fact that the model received a range of different titles and awards, it was succeeded by the C3 version quite soon, after just 5 years of production. The third gen was launched in 1967 and it introduced LT-1, ZR-1, Z07, and Collector Edition versions that have been systematically used to designate more potent or some special variants of the car. 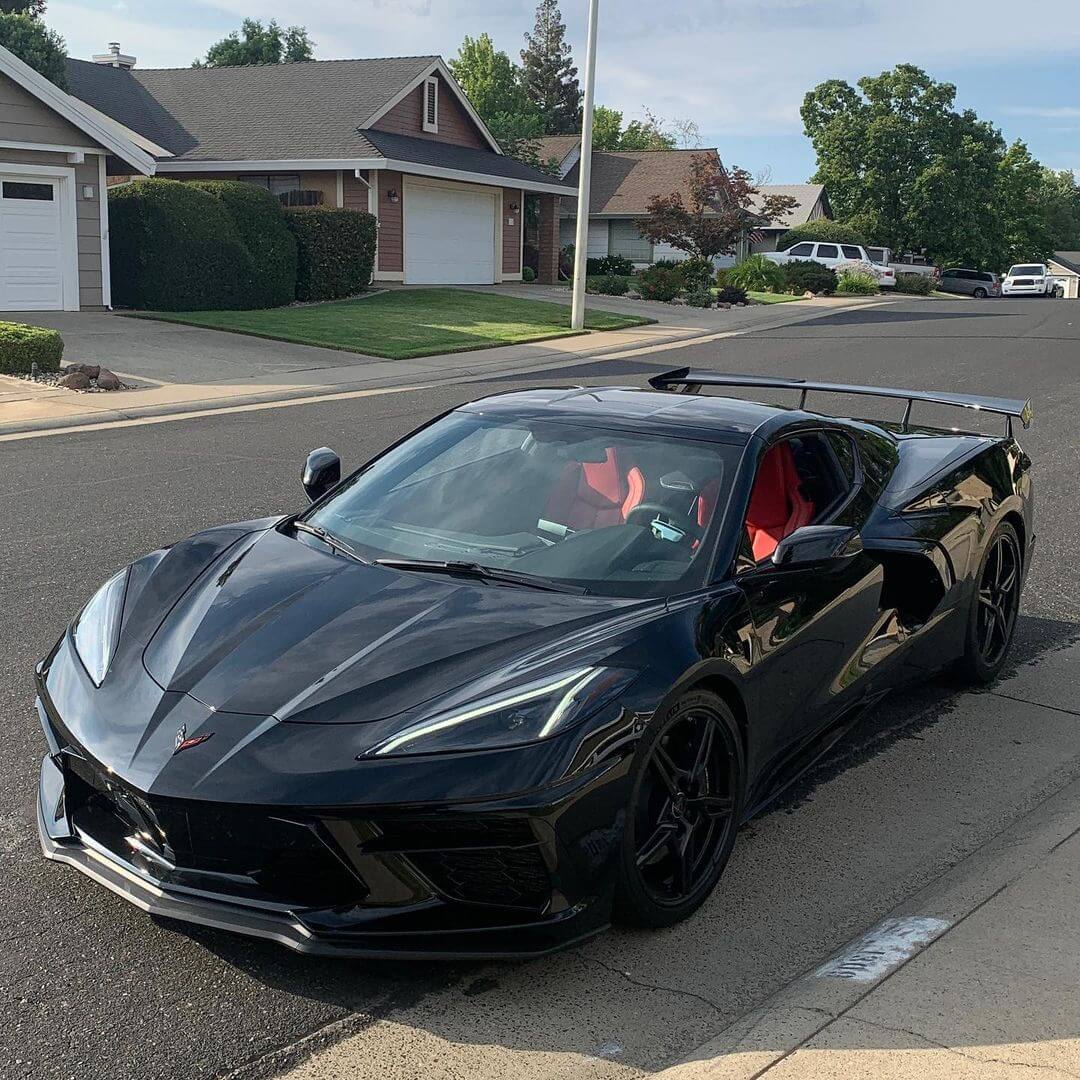 Nowadays, the run of the Chevy Corvette is still ongoing. Five more generations of the model saw the world after 1982 (the year when the third gen was ceased), all offering distinctive styling, fiberglass or composite body panels, outstanding performance, and of course pride of ownership. A serious change was introduced with the current, eighth iteration – the Vette changed the layout and now it features a mid-engined rear-wheel drive one. Before, from the start and up to 2019, the car was front-engined. Various versions of the model have earned a huge number of awards from car magazines, was nominated Car of the Year a few times, participated in racing, was an Indianapolis 500 race car and was even used by NASA. No wonder that its army of followers is really large and still continues to grow.

Why modify your Chevy Corvette?

Whatever version of the Chevy Corvette you own, it surely delivers at least solid performance and looks excellent from the factory. But there is always room for improvement – either to push performance even further, add some personal touch or increase the level of comfort. Especially, if you own some rare version, you can make it totally unique. Three main types of modifications are performance, exterior and interior upgrades. As the name implies, performance ones will help you push your Corvette to the limits, exterior mods will make it look special, while exterior upgrades will add comfort and convenience to your regular driving.

Simply speaking, performance modifications are aimed to make your car faster or more powerful. They mainly include engine tuning but can also affect other systems of your Corvette. Today, the range of upgrades you can do is virtually countless, from almost invisible from the outside performance chips up to installing a more robust turbo or supercharger. You can make your vehicle run faster, deliver more revs, respond faster and more accurately, sound louder, and much more. The range of mods is huge, but take a look at some of the most common ones.

Air intakes provide the air into the power unit of your Corvette being a kind of breathing strips for it. OEM units are designed to allow the engine “breath” freely and effortlessly in regular conditions, while aftermarket systems improve the flow of cold air into the engine that makes a combustion process more complete, leading to a longer lifespan of the motor and slight increase in power output. A quite straight modification, it can also improve efficiency of the vehicle along with steering response. Compared to other engine upgrades, installing aftermarket air intakes is a more budget-friendly way of upgrade and it will still make a notable difference. 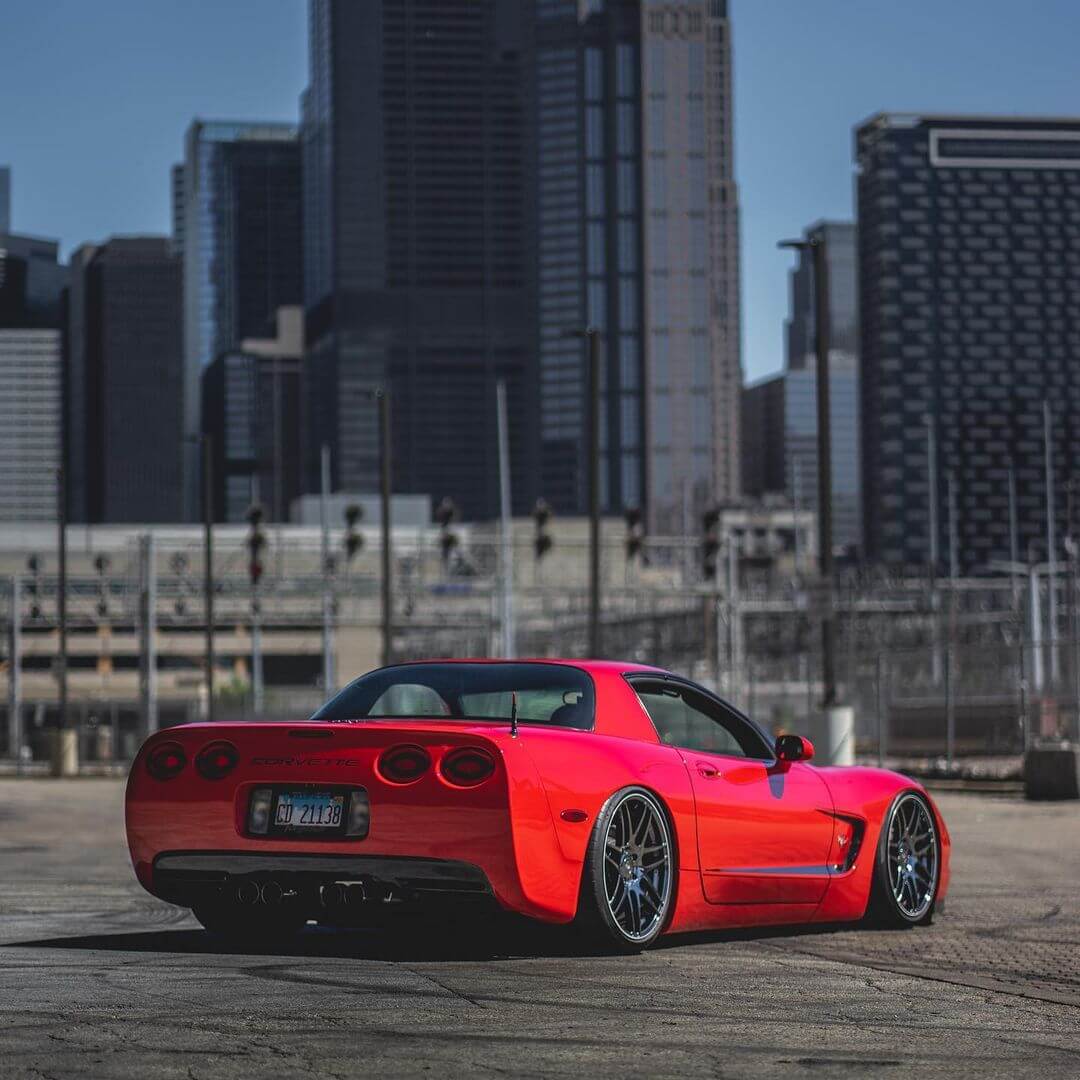 Upgrading the exhaust, you’ll kill two birds with one stone. First of all, the sound of your Corvette will be significantly better coming to a whole new level. Plus, thanks to different bends, gas will be better removed from the system resulting in lower backpressure and hence better performance. There are both separate components and complete systems available on the market today, to meet the needs of all sorts of enthusiasts. The installation process won’t take much time, especially if you get your car to a specialized service station – if you’re a little lucky, you can enjoy the new sound of your Corvette even the same day you got the new exhaust. 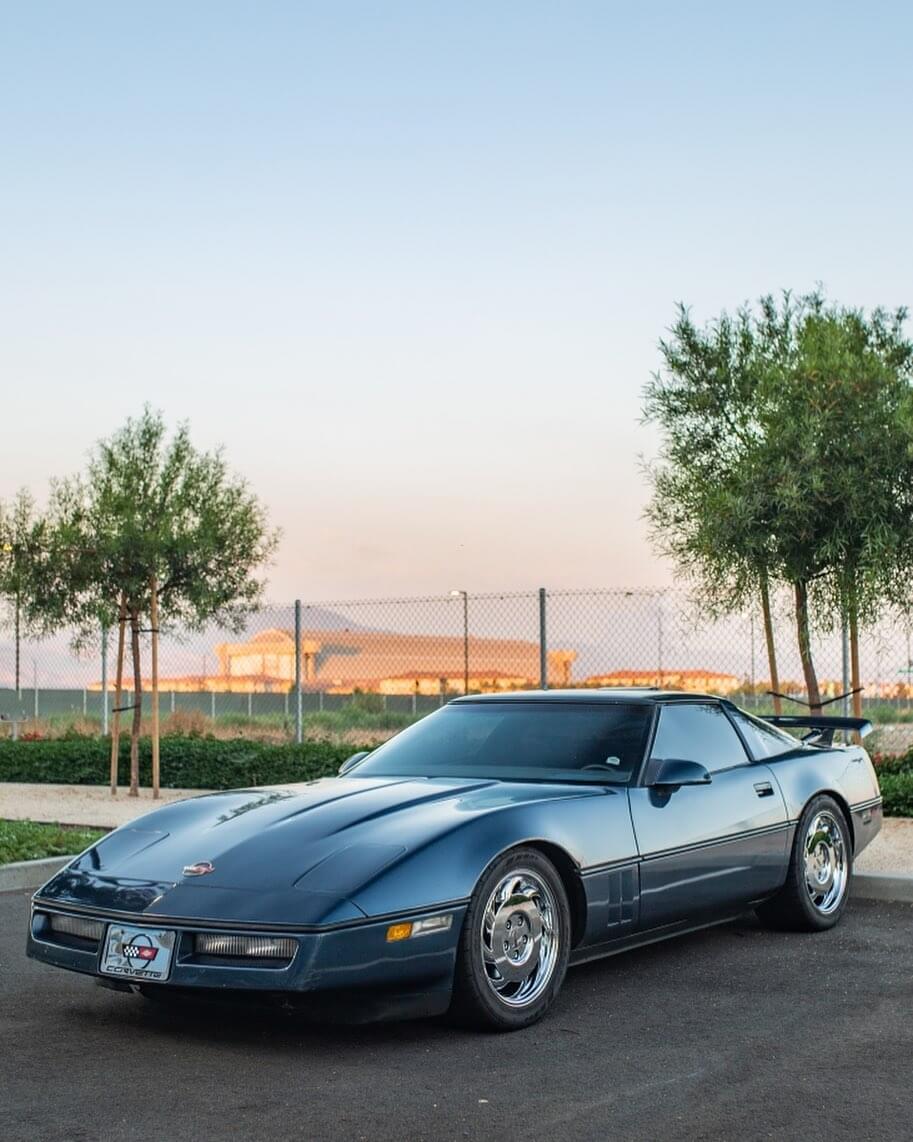 Of course, clothes do not make the man, but if your car will not only perform excellently but also look excellently, it will impress much more. Whichever version of the Corvette you own, you can make it even more aggressive, stylish, sporty, and personal. Luckily, the range of variants for exterior tuning is countless – spoilers, head and tail lights, hoods, fenders, wheels and rims, complete body kits, etc. The number of material and color options can blow your mind just like your pride and joy will do when you finish your job and take it to the streets. Take a look at some of the most common mods.

Lighting is crucial for your safe driving, because it helps your vehicle stay visible in dark and during bad weather conditions. At the same time, thanks to the latest technology and incredibly wide range of aftermarket units available, installing custom set of lights is a great way to add some personality to your four-wheeled friend, make it more stylish and attractive. At the same time, you will increase your safety, as LED lights are brighter than halogen or other types of bulbs installed on vehicles from the factory. In addition, their lifespan is much longer and the energy consumption is drastically lower too. Options of headlights and taillights are virtually countless, but you can also install some addictions like halo rings to your existing assembly without replacing it.

Whether you’re planning a complete makeover or just want to change certain body parts, today getting the job done is easy like a breeze. Numerous bumpers, hoods, diffusers, widebody fenders, spoilers, are offered for your choice. Made from high-grade materials, they will deliver many years of reliable service making your vehicle turn heads for years to come. Some high-end body kits and their components are made of carbon fiber combining very low weight and excellent reliability. This material also looks awesome by itself, so you do not even have to color the part or kit to get an attractive look.